It’s clear that weekends have been humdrum over the past months without our usual carefree staycations in a nearby resort, shopping spree at the mall, and movie or dinner nights with the squad.

If you’re looking for ways to stay sane, books are here to take you to worlds far more than you can imagine. PhilSTAR L!fe recommends a list of must-reads that would transport you to faraway lands while keeping you mentally healthy amid the pandemic. 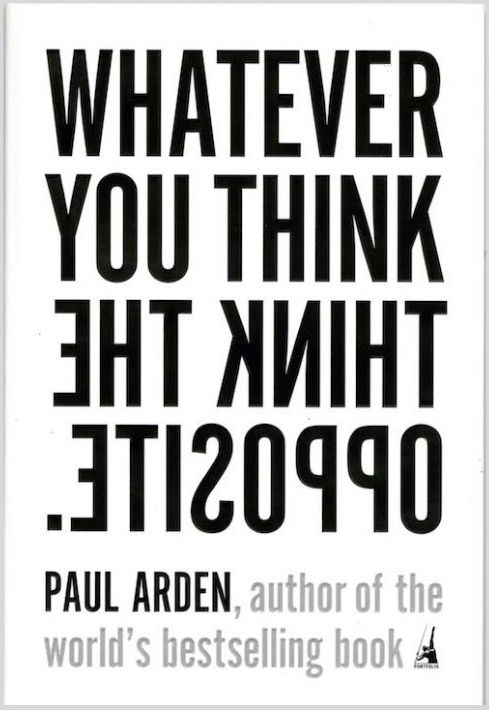 Whatever You Think, Think The Opposite by Paul Arden is a super-quick read of no-nonsense career advice taken from the life experiences of Arden himself, as well as those of pop culture’s game-changers George Eastman of Kodak Camera, Malcolm McLaren of the Sex Pistols, and Ginger Baker of 60s rock band Cream. It is one you would enjoy reading from cover to cover for its funny and relatable anecdotes complemented with quirky photos and artsy layout.

It’s a book that would enlighten you on the surprising power of making bad decisions and show you that taking risks is essential in bettering yourself (and the world). You could probably finish reading it in less than an hour, but it’s set to change your perspective of work and life for the long run. —Justine Punzalan, Associate Editor 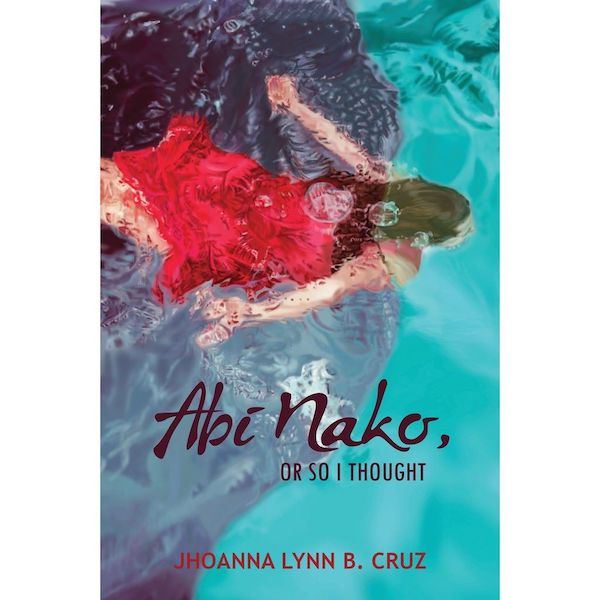 I am currently reading Abi Nako, Or So I Thought, a memoir by Jhonna Lynn Cruz. The book, a collection of personal narratives, is about Cruz’s first ten years in Davao City, where she moved after her failed marriage and where she built a life for herself as a single mother to two children while “(re) fashioning herself as a writer and a lesbian in the face of her own false expectations.”

My favorite piece in the book is Sapay Koma, which tells the elaborates on the said failed marriage—the sacrifices she made to make the relationship work (one particular instance, involving her dog, the titular Sapay Koma, is both powerful and heartbreaking) and her journey towards accepting the end of the marriage. —Chuck Smith, Senior Writer 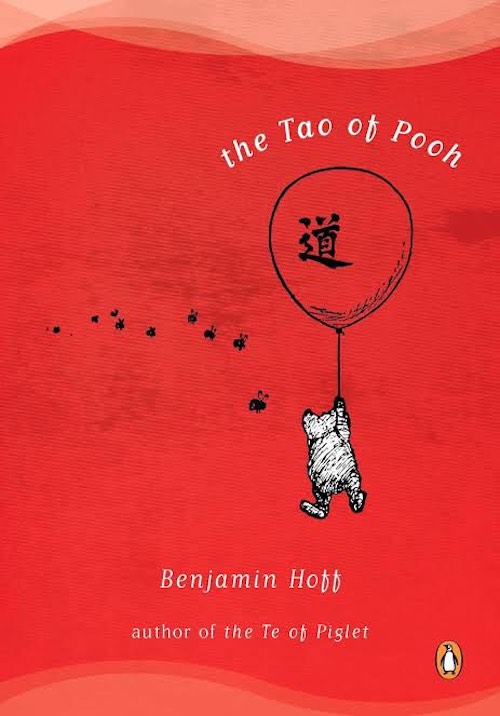 The Tao of Pooh by Benjamin Hoff is a nice read for those who consider the weekends their time to reflect and find back their center.

The book explains the principles of Taoism and the secrets to a happy life, presented through the effortlessly calm and reflective bear, Winnie the Pooh, and other characters from the beloved A.A. Milne children’s books, including Piglet, Owl, Eeyore, Rabbit and Christopher Robin.

The book shows that Pooh’s uncomplicated approach to life helps him triumph challenges and allows him to help his friends who think way too complicated. “While Eeyore frets, and Piglet hesitates, and Rabbit calculates, and Owl pontificates, Pooh just is.”

The Tao of Pooh (“Tao” literally means “the way”) also talks about how to stay happy and calm under all circumstances and imparts lessons like taking a moment to enjoy life and embracing one’s own uniqueness. —Pinky Icamen, Content Producer 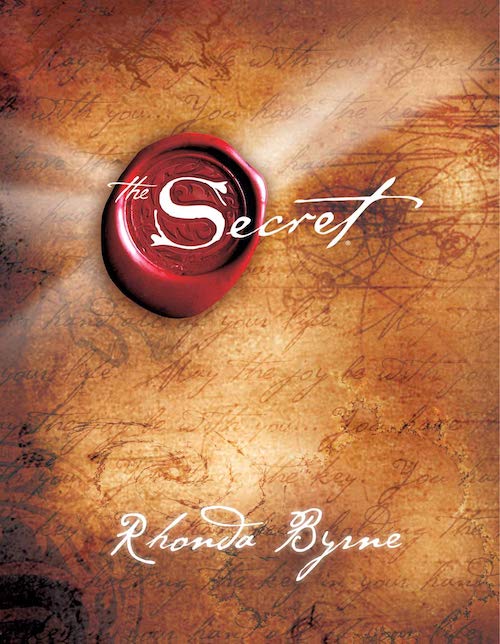 The Secret by Rhonda Byrne really changed my thinking. It talks about a very simple secret you can use to succeed in different facets of your life—be it health, wealth, love, or happiness. This masterpiece also contains testimonies from accomplished people who were able to maximize their true potential and bring out the best version of themselves through living by the same secret. —Brooke Villanueva, Content Producer 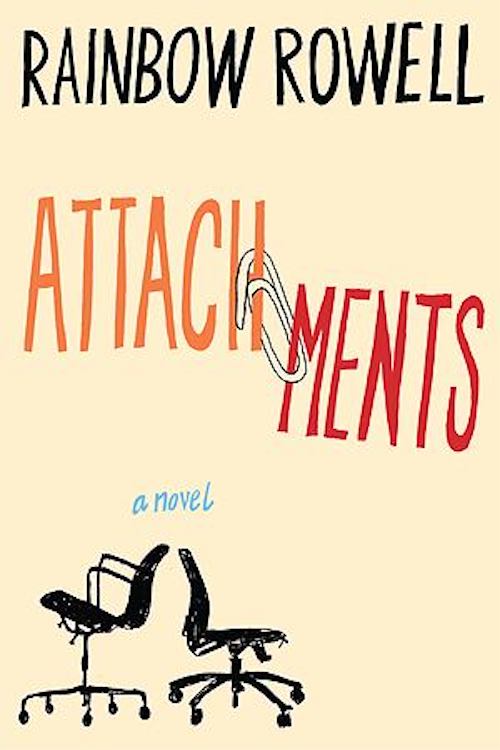 Attachments by Rainbow Rowell is a novel I highly anticipated, having read Rowell’s other books. This novel is about Lincoln, a young man whose job is to read flagged emails at a newspaper company. He begins to read exchanges between two women, Beth and Jennifer, and falls in love with one of them.

For me, one of the things that make this novel so interesting is the structure and writing style. The book is a combination of third-person writing about Lincoln, and direct transcriptions of Beth and Jennifer’s email exchanges. This gives equal insight into all three characters.

Another thing that makes this novel so appealing is how relatable the characters are. None of them have gone through anything particularly astounding or unique, but this normality is what makes the book so satisfying to read. Beth, Jennifer and Lincoln feel more like good friends than characters. Overall, for me, Attachments is a superb novel, with deep and interesting characters and a lovely plot! —Red Dimaandal, Social Media Manager 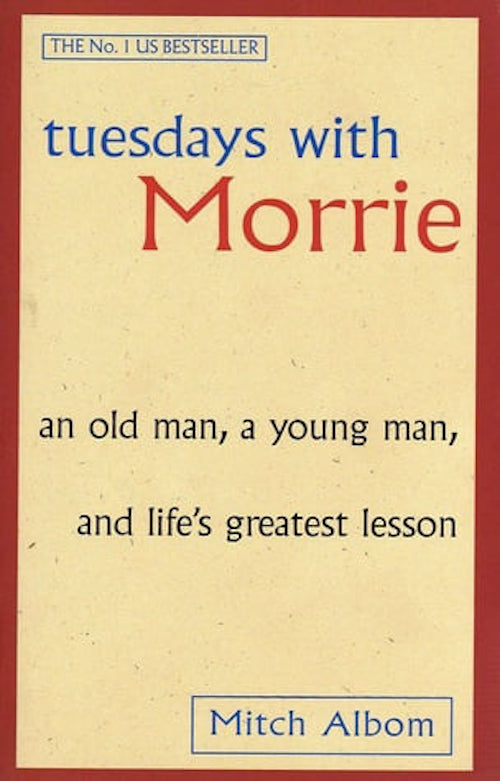 A Mitch Albom classic, Tuesdays with Morrie is definitely one that hits home and surely touches the heart. An easy read with uncomplicated words makes one deep and sentimental book. Unlike the norm, this book portrays how accepting one's death should not be taken negatively but be seen as an opportunity to rethink about life and how it was lived. It teaches us that fearing death is the very reason we cannot live life to the fullest. In turn, we must maximize our time on Earth, love, and be kind to everyone and and do not fear failure and even death. —Danicah Lagman, Social Media Producer 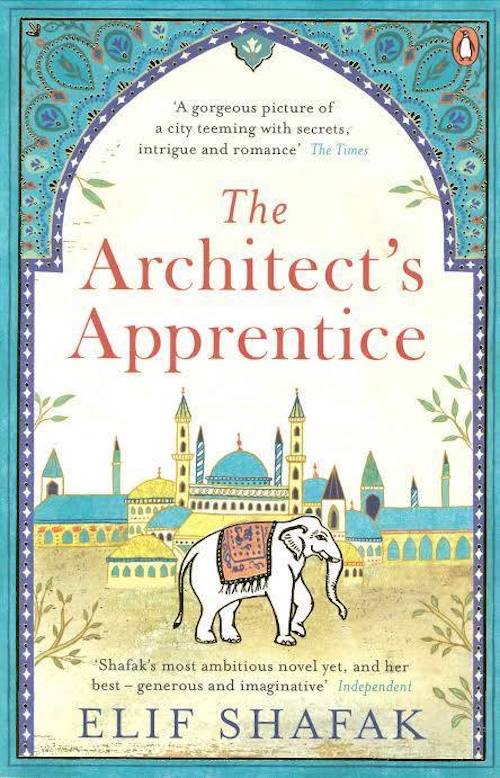 The Architect’s Apprentice is the second book I’ve read  Elif Shafak, a Turkish-British writer and political activist. I bought this book on a New Year holiday in Istanbul a few years ago, during a period I was going there regularly and thought of moving there.

Architect’s Apprentice is a sprawling story set at the height of the Ottoman Empire and spanning almost a century. Told in Shafak’s stunning style, the story is about a young elephant trainer who sneaks into a ship that’s delivering an elephant from the east to the sultan's palace. Years later, Jahan is taken under the wings of the sultan’s chief architect, Mimar Sinan, and they construct some of the most magnificent buildings for the empire.

In history, Sinan was the chief architect of three sultans in the 16th century. He was responsible for about 300 buildings, including a mosque in the Ottoman capital city Edirne. Elif Shafak’s novels are known for mixing Ottoman history with fantasy and adventure—and put readers right in the center of an empire that changed the world. —Tanya Lara, Features Head 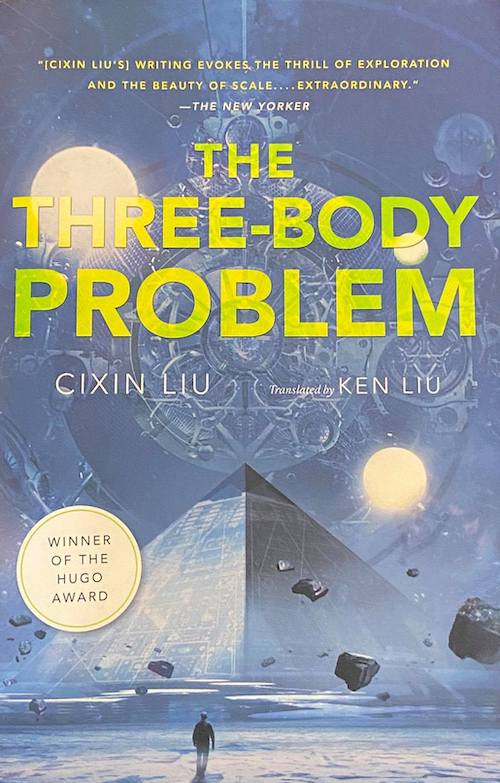 Liu Cixin’s The Three-Body Problem is the book that I have recommended the most to most of my friends since I stumbled on it many years ago, and eleven times out often, they also get their brains blown out by the sheer imaginative scale of the book. Not one of those I recommended this book to ever did not love it, and it’s a testament that all of those I recommended this to were not even into sci-fi before, nor were reading any Chinese author, which was just proof that good fiction transcends genre or nationality.

The book, which is the first part of a trilogy, has a lot of heady science concepts into it, but its core is mainly about an impending alien invasion from a planetary civilization in decline. I dug into the book many years back after it was recommended both by former US president Barack Obama, back when he was still in office, and Facebook CEO Mark Zuckerberg, who both spoke glowingly about the book. Just be prepared to immediately have an insatiable urge to immediately jump into the subsequent books once you finish the first. —Bim Santos, News Head 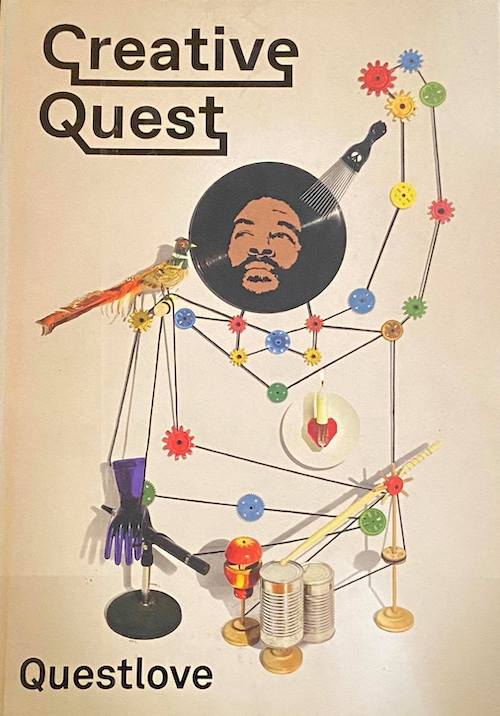 Questlove is simply one of the most conscientious and proficient musicians of our time—he does so much and has passion for so many stuff and even has time to pal around with cool people that it’s hard not to be in awe. Creative Quest is a self-conscious exploration of all the work he does as a creative, be it in music, writing, or even his exploration in food. Though the so-called ‘creative process’ is often an amorphous concept romanticized by many, Questlove tries to put a finger to his process so that others may draw inspiration and even lessons from his journey.

It’s humbling and inspiring when great people open up their notebook for you to copy from, especially if they are also very open about the frequent failures and missteps that dog their many attempts at creation. I love that bit he wrote that “failure is not fatal. For starters, it can be a motivator. Smooth sailing isn’t always the best way to convince yourself to put your nose back to the grindstone. Struggle and frustration and fear can be great tools for learning to focus and recharge yourself... You need to be aware of the nutritional benefits of failure and the empty calories of certain kinds of success.” Word up! —Bim Santos, News Head 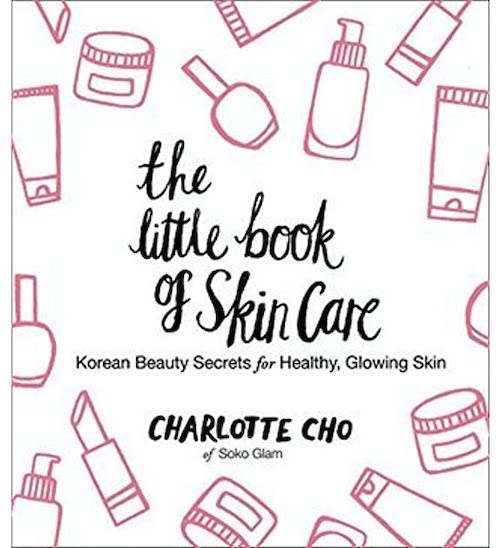 The Little Book of Skin Care will help you get a head start on skincare. Charlotte Cho, a South Korean esthetician and the founder of the blog Soko Glam, gives readers a nice little introduction to the world of Korean skincare and skincare in general, including what's good for your skin’s health and why. After reading this, you’ll be able to understand the uses of different products and why Koreans are obsessed about the 12-step routine! —Camille Santiago, Associate Editor

GUIDE: What beginners need to know about getting a credit card