Love is as complicated as it gets for anyone, especially when the lines of your relationship often get blurred by a mix of spontaneous actions and unclear intentions. So, what are the fine lines between love, lust, and infatuation?

As it turns out, many people mistake either lust or infatuation for love. News flash, all these terms are entirely different things! At least that’s what we’ve learned from the Twitter Spaces session Let's Talk About Sex last Feb. 5, with speakers Dr. Rica Cruz, Ava Daza-Zanirato, and Inka Magnaye

Many people question whether their relationships, which have been quick to get intimate, are really what they are. Maybe it’s not love, but lust or infatuation? To help you answer this question, we’re breaking down the three concepts.

Missed our first ever Twitter Spaces event, #LetsTalkAboutSex? ? Listen to it here! https://t.co/xcuitDuWou

Lust is when…
Dr. Cruz answered that lust is when you look at a person and become sexually attracted to them. You can refer to it as that initial “spark” that you feel when you see someone you like.

Neuroscientists, on the other hand, also refer to lust as the “sex drive,” which often leads to that desire for sexual gratification. It may often never require a want for securing a partner, but it may still coexist with that “craving.”

Both sexes are generally attracted to kindness, maturity, and intelligence.

Lust is driven by stimuli, which may differ from person to person. But in general, scientists have identified that feelings of lust are often different for males and females, where the former often have to be visually aroused, while the latter are typically stimulated by romantic words, images, and themes in the media and in stories they encounter.

Essentially, lust is what you would be feeling when you’re starting to hook up with someone, and Daza-Zanirato attested to this as she shared during the Twitter Spaces session her own story. 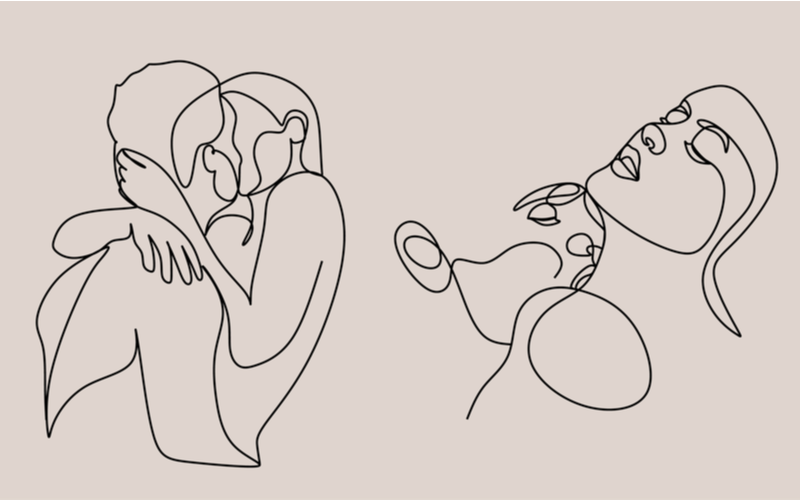 “I was gonna go to a yacht cruise and then they list down the names. I was creepy enough to look, and like, ‘Oh my God, this guy is hot.’ I told my best friend I’m gonna hook up with him. True enough, I did. I didn’t like him so much, it was kinda like we were different,” recalled Daza-Zanirato.

As in the case of Daza-Zanirato, lust also does not equate to liking specific aspects of the person aside from the apparent points of attraction, which leads us to infatuation.

Infatuation is when…
Dr. Cruz defined infatuation as acting on those initial feelings of lust. You know when you’re infatuated when you create ways to start being intimate with the person, such as spending more time with them and getting to know them beyond the persona during the first interaction.

Infatuation can also be referred to as romantic attraction, and just like lust, it can also be triggered by different traits. Both sexes are generally attracted to kindness, maturity, and intelligence, among many other qualities. However, according to the same study, romantic attraction for males normally involve the physical appearance, while females are more inclined to be attracted to the social status of the person, and these are both more apparent for heterosexuals.

Dr. Helen Fisher and her team of scientists describe this phenomenon as “feelings of exhilaration, ‘intrusive thinking’ about the love object, and a craving for emotional union with a (potential) partner.

Figuring out sex on your own

In other words, the person may often live in your head rent-free and you end up seeing the world through heart-shaped lenses. Infatuation allows you to get to know the different sides of the person you like, which means expanding your knowledge of the person, and it often leads to thinking that you love them.

Dr. Cruz said that infatuation may happen anytime around two weeks to two years within the relationship timeline, and each moment that you spend with the person may often feed into your idea that they are perfect. This is what she calls “pseudo-intimacy.”

But wait, if you’re getting to know the person even more, why would it be called a “pseudo” type of intimacy? Now, we’ll get into the real intimacy: love.

Love is when…
You might have known by now that lust and infatuation are all entirely different things, but here, love is the umbrella where both are considered as processes under it.

If infatuation is expanding your understanding of the person, love means getting deeper to the core of your significant other. And when you get to the core of that person, things may never seem perfect anymore and you might even feel like hating the person.

True intimacy entails you to accept whatever it is that you do not like about that person and to accept that this person is not perfect for you anymore, but you still want to be with this person.

But Dr. Cruz said that knowing their quirks and your differences from each other at this point should give you a clearer answer as to whether or not you want to commit to the person. And if your answer is a resounding ‘yes,’ then congratulations, you know – and feel – what real love is!

“True intimacy entails you to accept whatever it is that you do not like about that person and to accept that this person is not perfect for you anymore, but you still want to be with this person,” the sex therapist said.

For Daza-Zanirato, it was a steady evolution of feelings where you take it one step after another, as what she had experienced with her husband. And maybe many of you feel that this process makes finding the right person slow, but Magnaye gave an assurance that this is an integral part of building a relationship with your significant other – one that lasts beyond the stages of lust and infatuation. 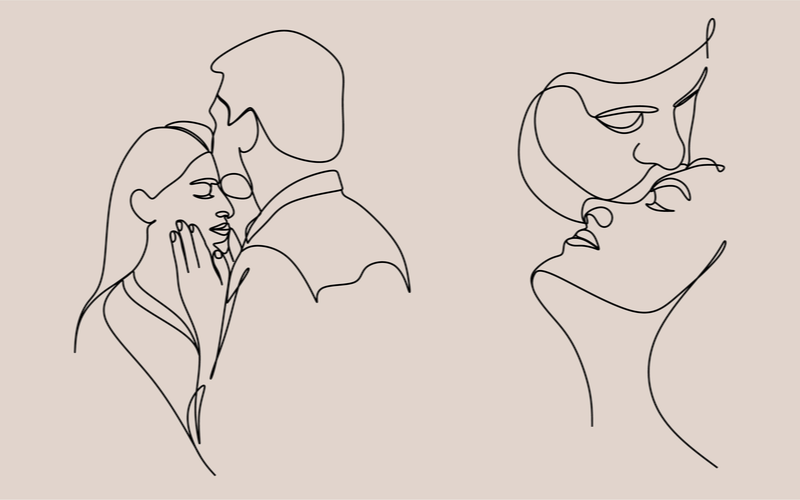 “I think that’s one of the [reasons] why it’s so important to really, really take your time. As in, like, just take your time getting to know somebody. Ako, personally, that’s how I like to operate. And constantly reminding myself that I should not fall in love with the idea that I have of this person, with the potential that I see in this person. Rather, what they’re showing me right now. Because what you see is what you’re going to get, more often than not. I learned that if you hold on to this idea of what you see in a person, then that’s the one that’s gonna break your heart,” Magnaye shared.

Then again, there are relationships where one person feels like they’ve unlocked true love with their partner but it still hasn’t been made clear between the both of them – or what host Drew O’Bannon calls a “situationship,” where it seems like you’re still in the talking stage.

How to love in a pandemic

When you’re stuck in that relationship limbo, Dr. Cruz suggested that it’s best to talk it out. If both parties sweep it under the rug, it will only leave more questions on everything that goes on in your relationship.

Dr. Cruz said: “It’s better if you’re on the same page, so you’ll be able to move forward without hurting anyone. Like your boundaries are clear, your desires are clear, and you’re both mature about it.”

In the end, whether it’s lust, infatuation, or true love, communicating with your partner will always help you get to that vision for your relationship.