The power of music truly moves the human spirit and it was captured in a now viral video of how a former ballerina, who was suffering from Alzheimer’s disease, reacted when she heard Tchaikovsky’s Swan Lake theme, one of the songs she danced to in the past.

Asosacion Musica para Despertar, a Spanish organization that promotes the use of music as therapy against dementia and various mental illnesses, recently released the video of Marta C. Gonzalez Saldaña, a former ballerina known as Marta Cinta, which was recorded in 2019 in a nursing home in Alicante in Valencia, Spain. She passed away shortly after the video was filmed.

The heartrending video starts with a man turning on Tchaikovsky’s Swan Lake theme from a smartphone as Marta gestures for him to turn up the volume. Quickly after, Marta, who reportedly founded and directed her own ballet ensemble in New York, started gracefully moving her arms, coupled with her storytelling facial expressions. (According to writer and dance critic Alastair Macaulay, Marta was moving in generalized Swan Lake style, and not a specific choreography from Swan Lake.) 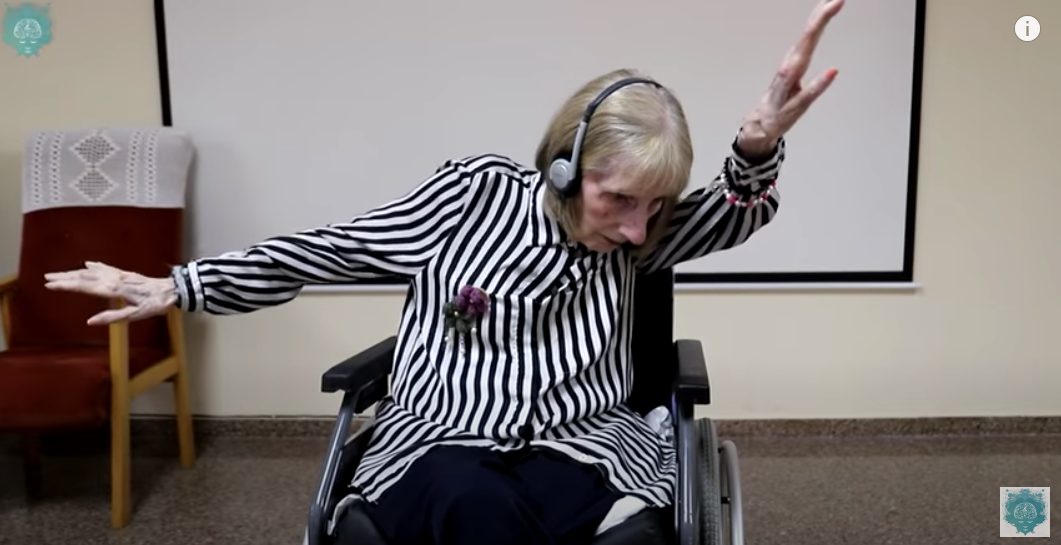 In the three-minute video, Marta’s dancing to the ballet’s music was interspersed with archival footage of Russian ballerina Uliana Lopatkina dancing to the solo piece The Dying Swan composed by Camille Saint-Saens from his piece Carnival of the Animals, as reported by NPR.

Musica para Despertar psychologist and director Pepe Olmedo said in an interview with Brut America that Marta—who was principal dancer, choreographer and director of her own ballet ensemble in New York—was one of the patients approached by the organization, as they thought her case could be interesting. They searched for the songs she’d danced on when she was younger, which they found from her writings in the past recounting the songs.

“The day when we met her, she appeared sad, nervous at times, and we didn’t know how effective this would be. But as she listened to Swan Lake, that was the first song she listened to, and it seems like part of her mind traveled to another moment of her life,” recalled Olmedo.

Olmedo added that people with Alzheimer’s are “very much alive until their last days. They are alive, they are full of memories, full of emotions and they can still move everyone. They can touch all of us.”

Studies have suggested that music has emotional and behavioral benefits for people with Alzheimer’s disease.

Alzheimer’s is the most common form of dementia. According to the World Health Organization, there are more than 50 million people living with the disease today.

GUIDE: What beginners need to know about getting a credit card