Fasting is one of the spiritual activities that we do during the Lenten season. As we recall the great sacrifice that the Lord made, we make our own little sacrifice by observing abstinence from meat. Some of us fast on all Fridays of Lent, some the entire season and during Holy Week.

Whichever type of fasting you are observing this Lent, here are some interesting meatless options you might want to try to keep you properly nourished while fasting.

Chef Pixie Rodrigo Sevilla of Forget Me Not Specialty Cakes makes the best Empanada de Kaliskis, an heirloom recipe from Bulacan with a flaky, layered thin crust that cracks happily when you bite into it. She makes and sells them in four regular variants—chicken, pork, beef, and tuna—twice a week, specifically on Wednesdays and Saturdays, but for this Lenten season, she is pushing her tuna empanada and has created a Vegan Empanada variant (made with red lentil, curry, potato, tomato, peas and spices) to go with it. She normally sells a box of 6 pieces for P475, but for Lent, her tuna empanada and vegan empanada go for P460 per box of 6.

To order, call or message 0917-5226010 or leave a message on FB or IG @forgetmenotspecialtycakes.

Chef Lawrence “Toto” Erfe has turned the pandemic into a thriving seafood business by offering his skill with fish and seafood—sourcing the freshest seafood daily and cleaning them before having them delivered vacuum-sealed and frozen; marinating whole slabs and fillets; or, better yet, cooking them into a variety of seafood dishes and sending them in ready-to-eat party trays. 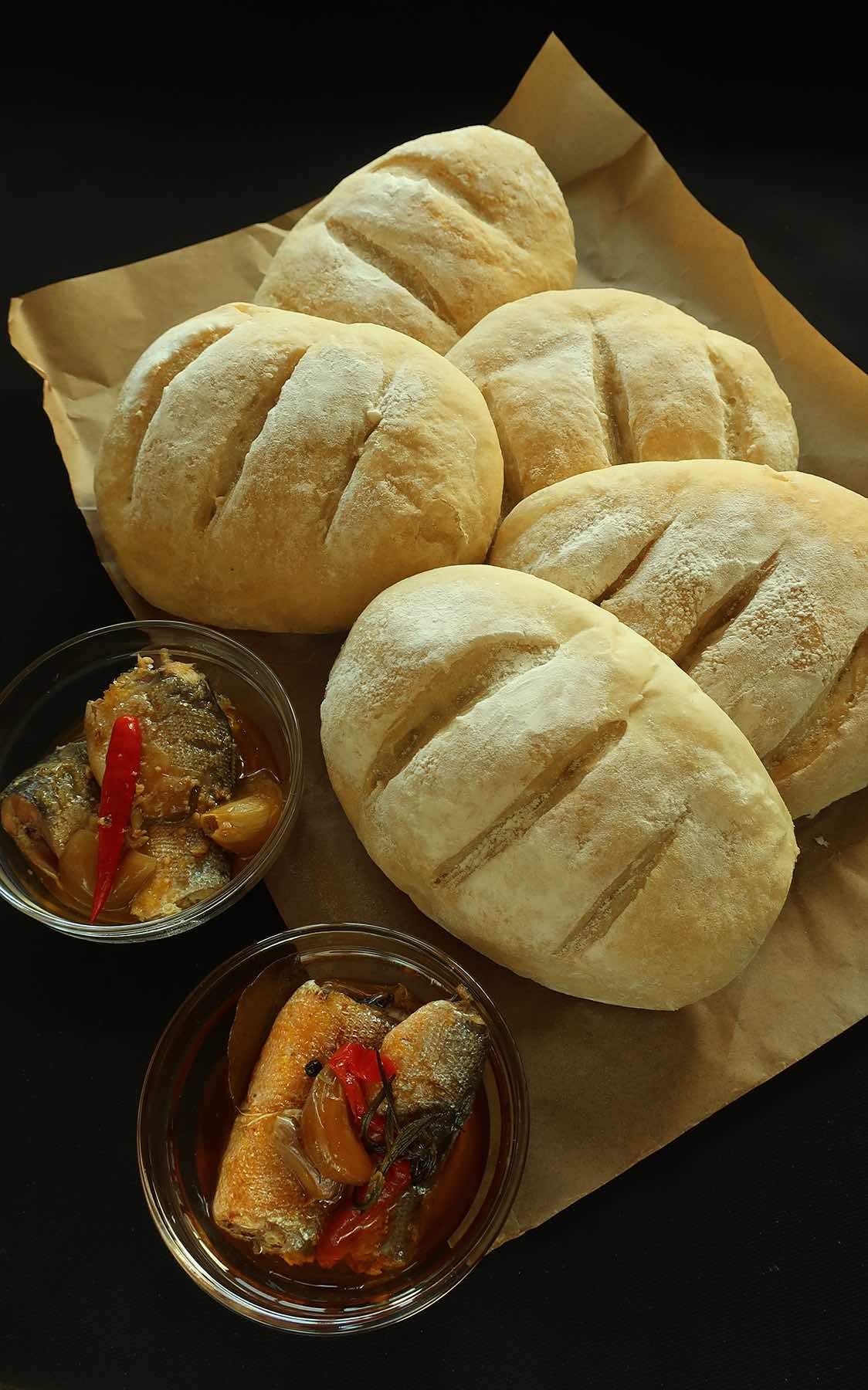 In the Bible, Jesus Christ fed a multitude with five loaves of bread and two fish. He blessed the food, multiplied it, had it distributed to the crowd to eat, and there were plenty of leftovers afterwards. So, when chef Peachy Cebrero of Peach & Co. was thinking of what special product to offer for Lent, she thought of this and decided to offer 5 Loaves and 2 Fishes bundle, which consists of five mini English Bloomers, each weighing 150 grams, and two bottles of gourmet bangus, all for P700.

This limited time offer is available through Chef Peachy’s FB page. Delivery is via Toktok, Lalamove or Grab. 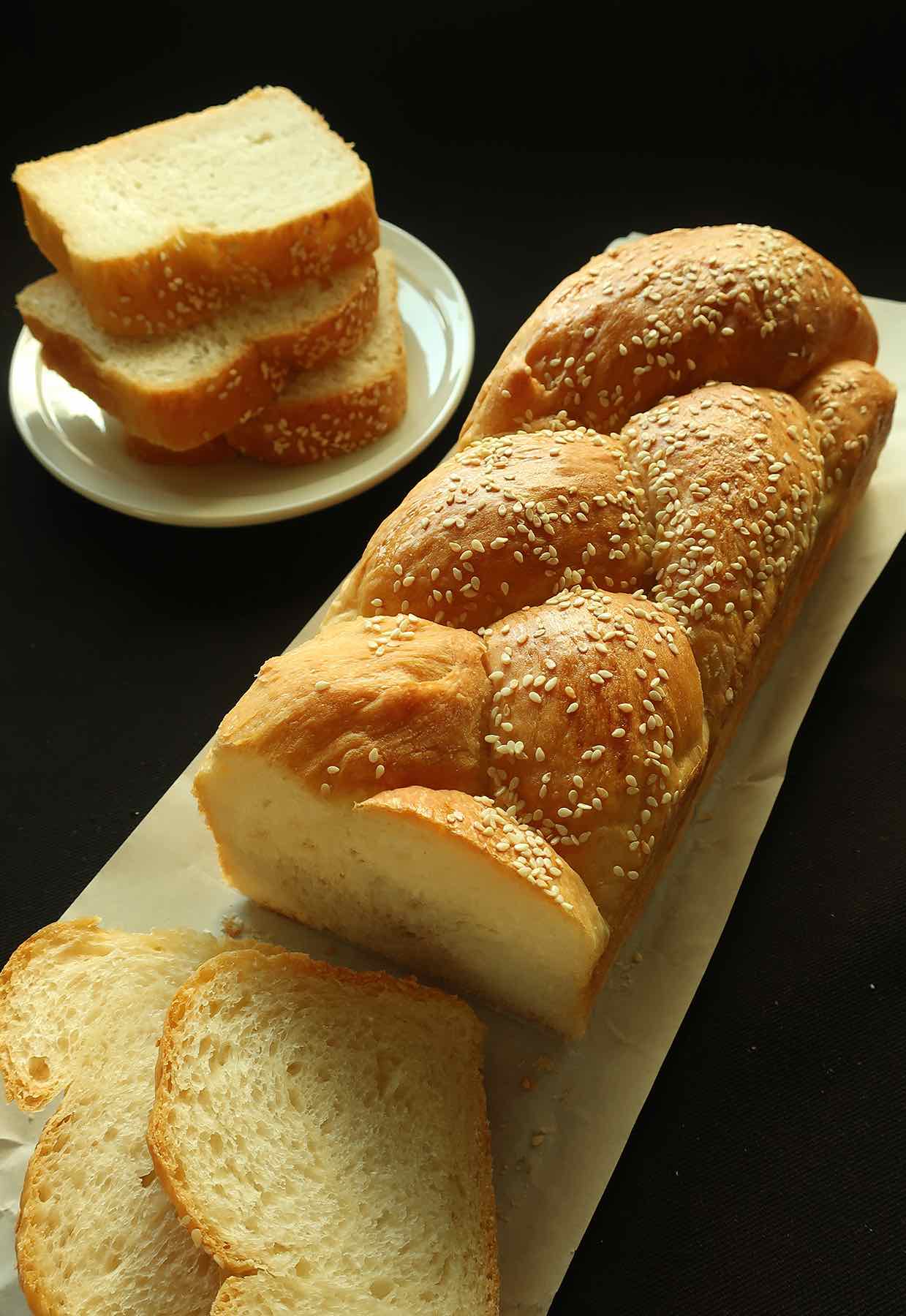 There are two “holy” breads on the menu of online bakery Midnight Bakers—Braided Challah Bread and Bagels.

The term “Challah” means “bread used in Jewish rituals.” It is usually twisted or braided before being baked and is traditionally eaten by Jews on Sabbath Day and other Jewish holidays. Two loaves of Challah are placed on the table during such occasions as a reminder of the manna God sent the Jews on the eve of the Sabbath as they wandered in the Sinai desert during biblical times. Challah takes on different forms and shapes, the most common of which has 12 braided strands to represent the 12 ceremonial loaves kept in the temple in Jerusalem for the 12 tribes of Israel. 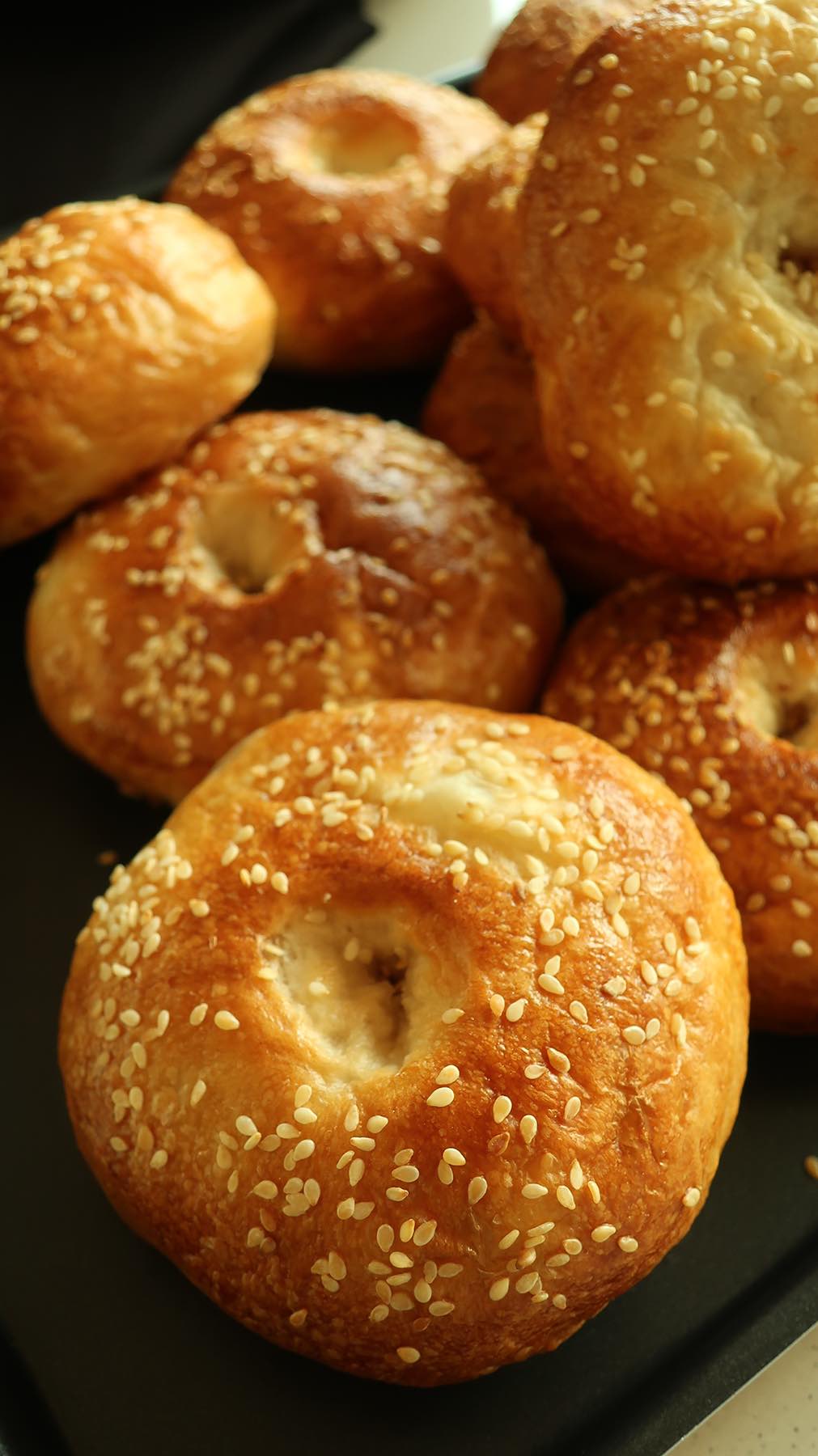 Bagels are also of Jewish origin. They are round, yeasted breads with a hole (like a donut!) that are first boiled and then baked in an oven. In the late 19th century, Jewish immigrants from Poland brought the bagel to the United States, where it eventually made its way to other countries. 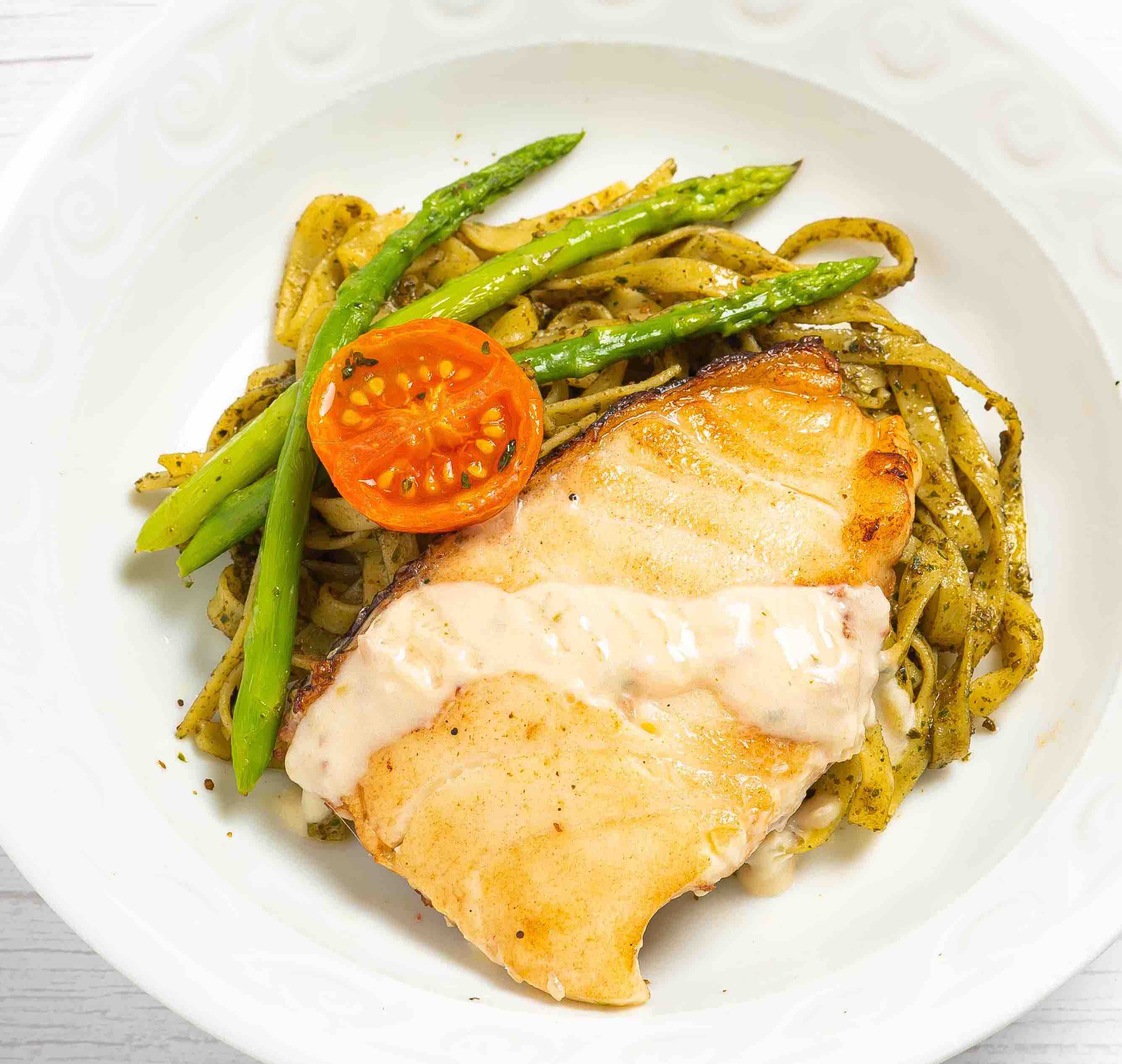 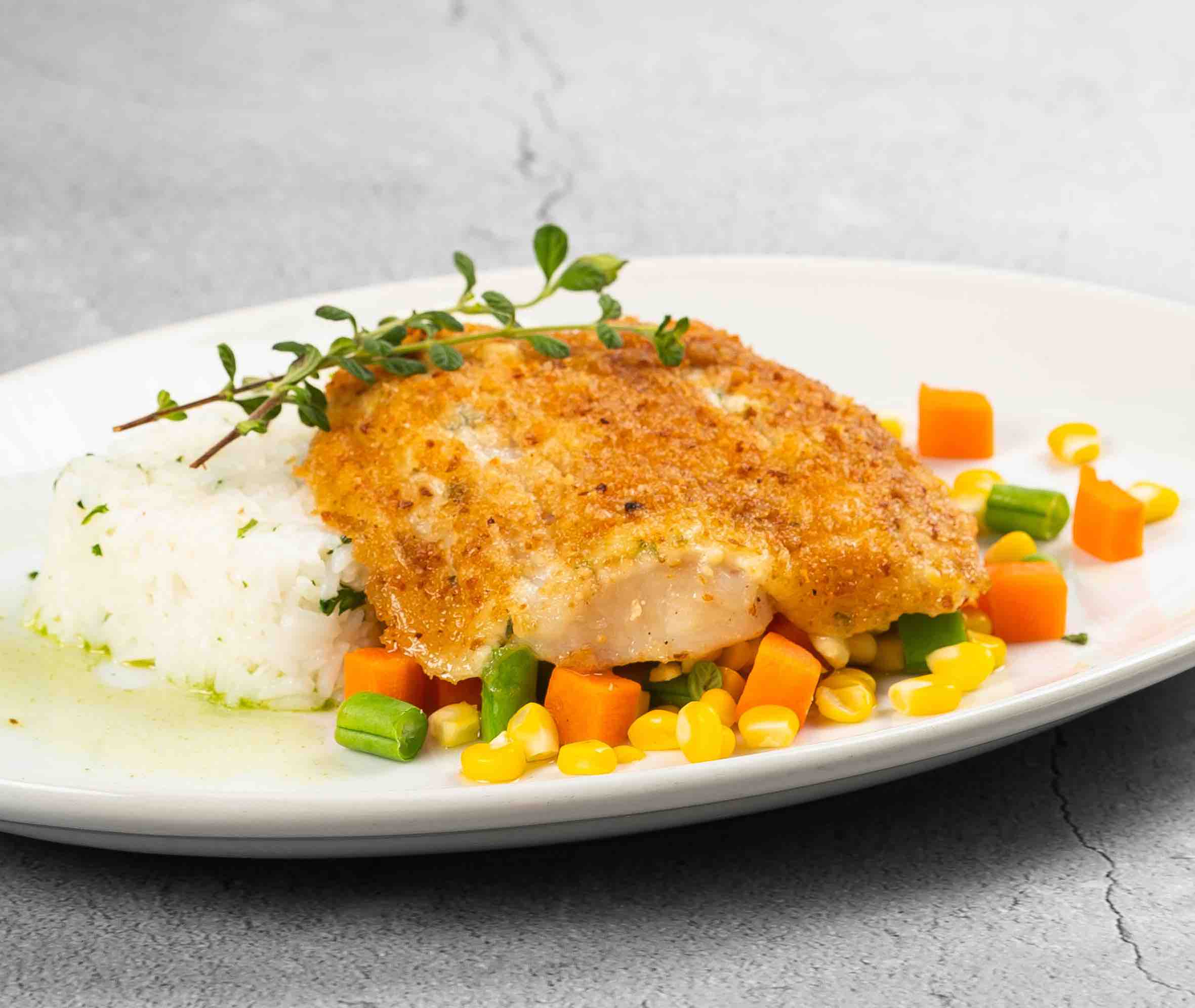 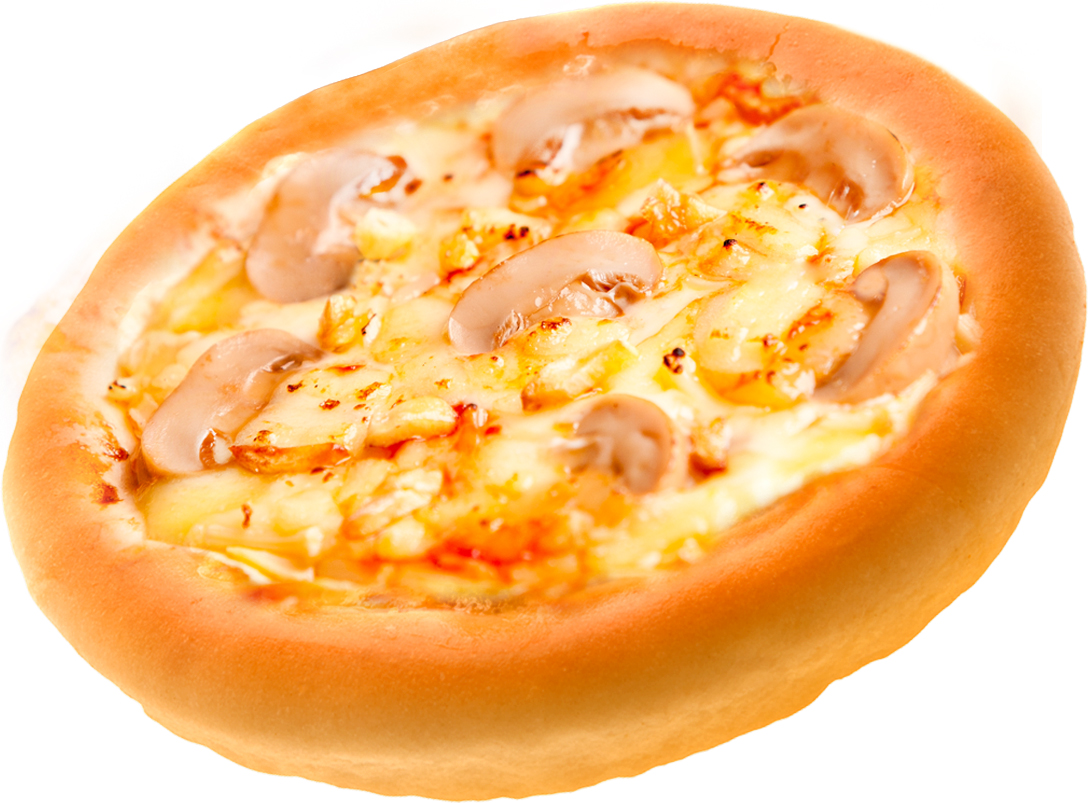 Pizza. It is a favorite go-to comfort food for birthdays and for everyday cravings. Often loaded with meat and deli items, Pizza Pedrico’s makes it guiltless this Lent by offering Lenten Paborito flavors, Cheez and Cheez and Garlic Mushroom Melt. Both are meat-free and 100% cheesier and are available in Solo Box for P45, 4 Pizza-in-a-Box for P175, and Paborito Pack of 10 for P450.

Get them at Paborito outlets, supermarkets, online stores (such as FrozenMNL), and convenience stores nationwide. You can also have them delivered through foodpanda, Grab Food, Storehub, Mr. Speedy, ShopBuddy with Getmo, Pasugo and Maxim in select areas nationwide. 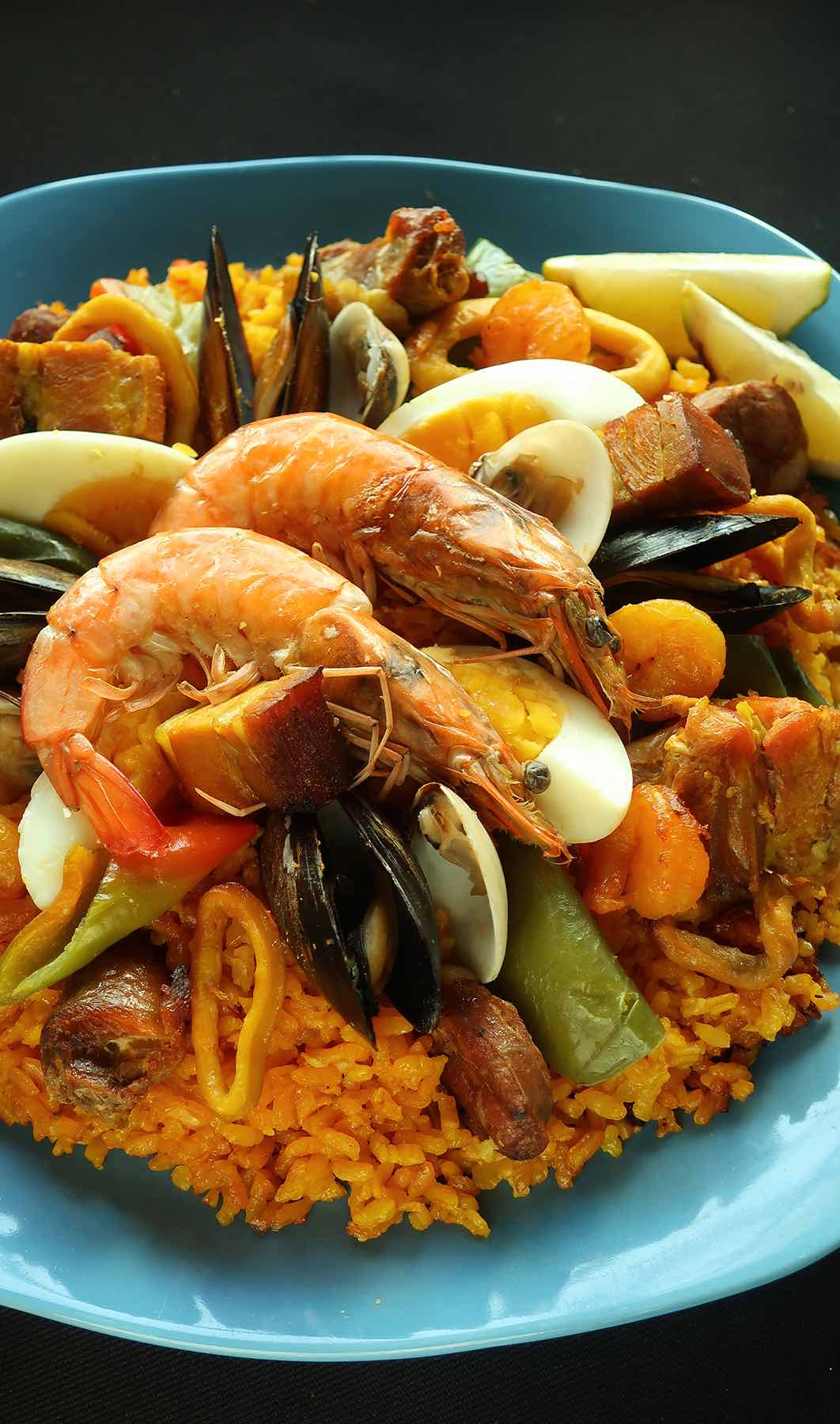 The Spanish rice dish paella is perhaps one of the most versatile one-dish meals one can ever find. It has, through the years, transformed into a whole gamut of flavors with different meat, seafood, poultry and vegetable ingredients. Depending on what you put in it, it can go Western, Continental, Italian, Asian and, yes, Filipino, too. 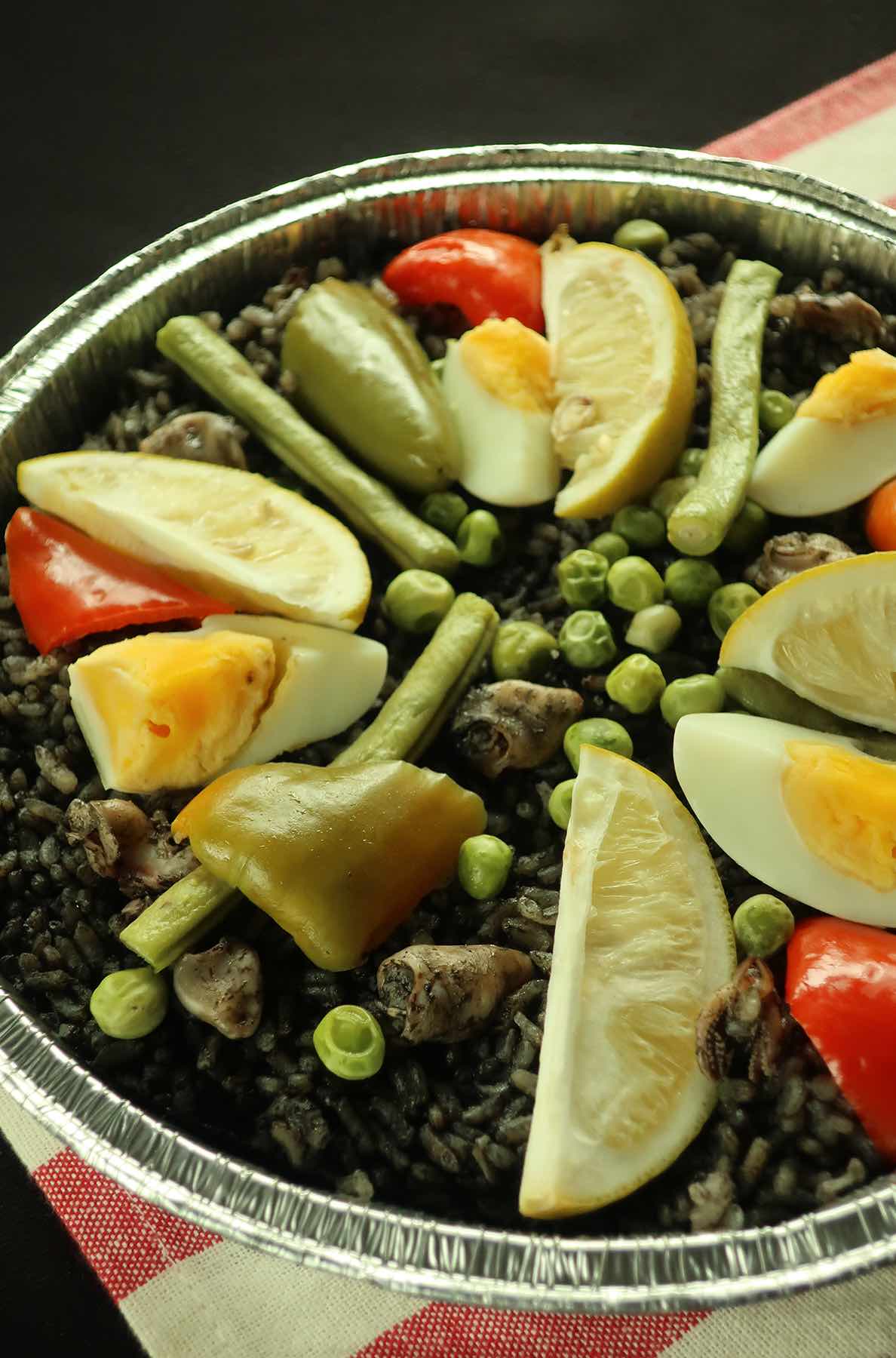 Siomai House is all about siomai, yes, but its sister company, The Original Empanada Especiale, makes and sells delicious ham & cheese, chicken, pork, and tuna empanadas. These empanadas are made with the choicest ingredients and contains no preservatives or artificial flavors. They are also cooked fresh daily,

To order, send a message to FB account @siomaihouseph or visit The Original Empanada Especiale stores. 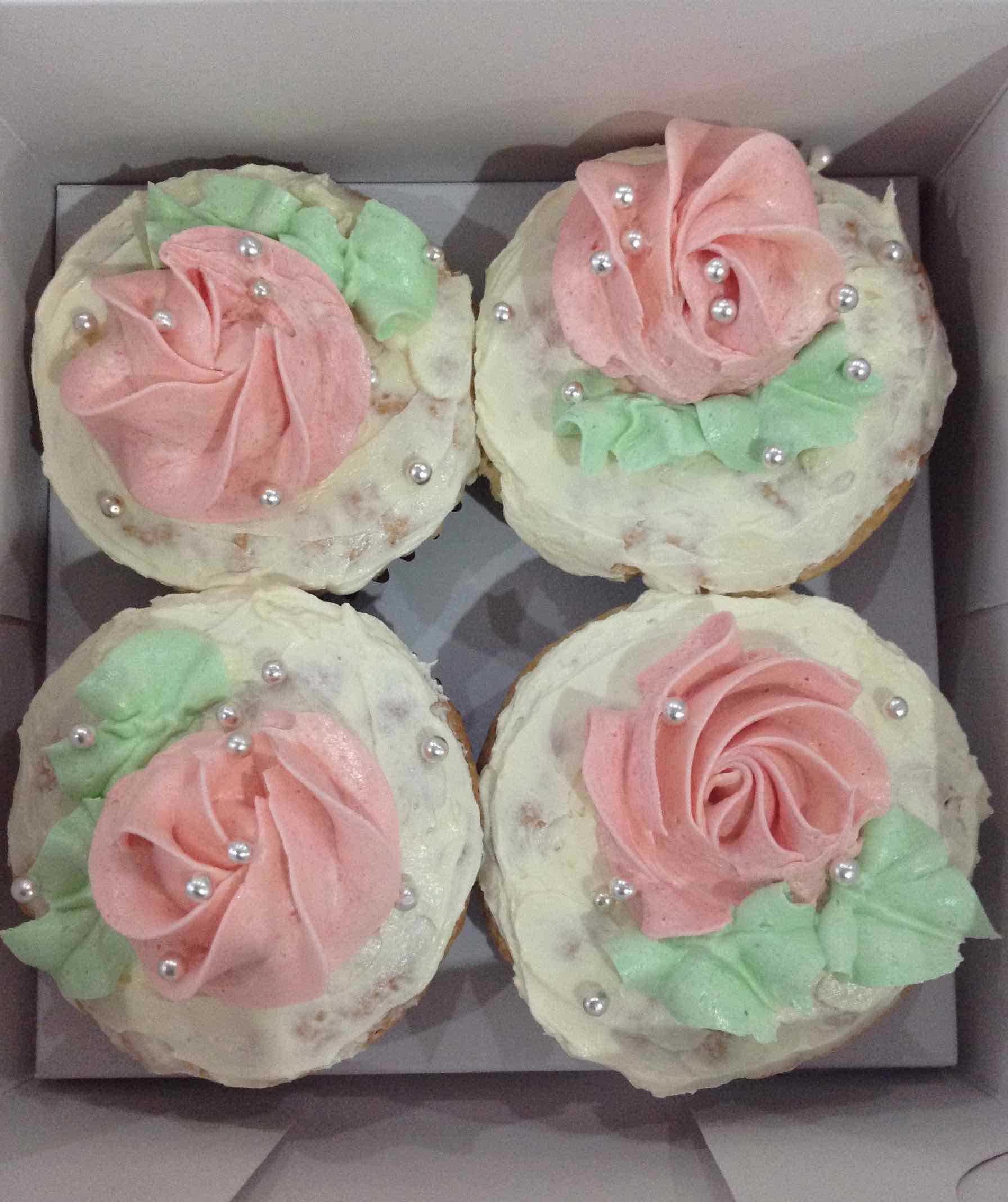 Dorothy Ferreria’s Private Kitchen is ready for Easter Sunday, for which she is selling cupcakes and cookie kits.

The butter cupcakes, topped with butter icing, are in boxes of 4 at P250. The cookie kit, priced at P350, is called Liv’s Decorate Your Own Cookies (named after Chef Dorothy Ferreria’s grandniece) and comes in a box that contains five individually wrapped butter cookies, three bags of butter icing, and seven bags of candy sprinkles/décor. The kit needs to be kept chilled because of the butter icing. 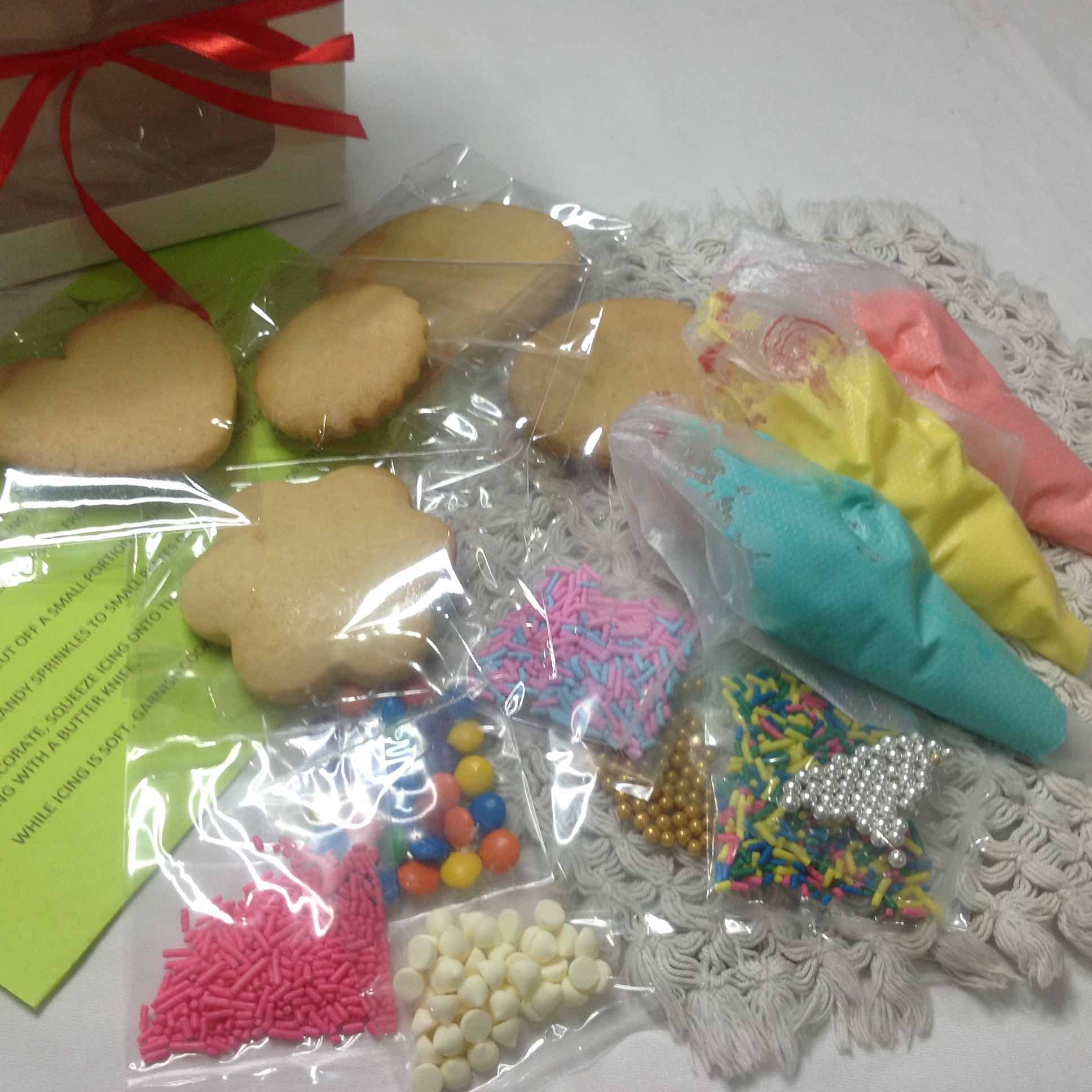 To order, call 0926-0151384. Allow three days’ notice, for pick up at Dorothy Ferreria’s Private Kitchen along Panay Ave., Quezon City, or for delivery via Lalamove, with delivery arrangement and cost handled by the customer. 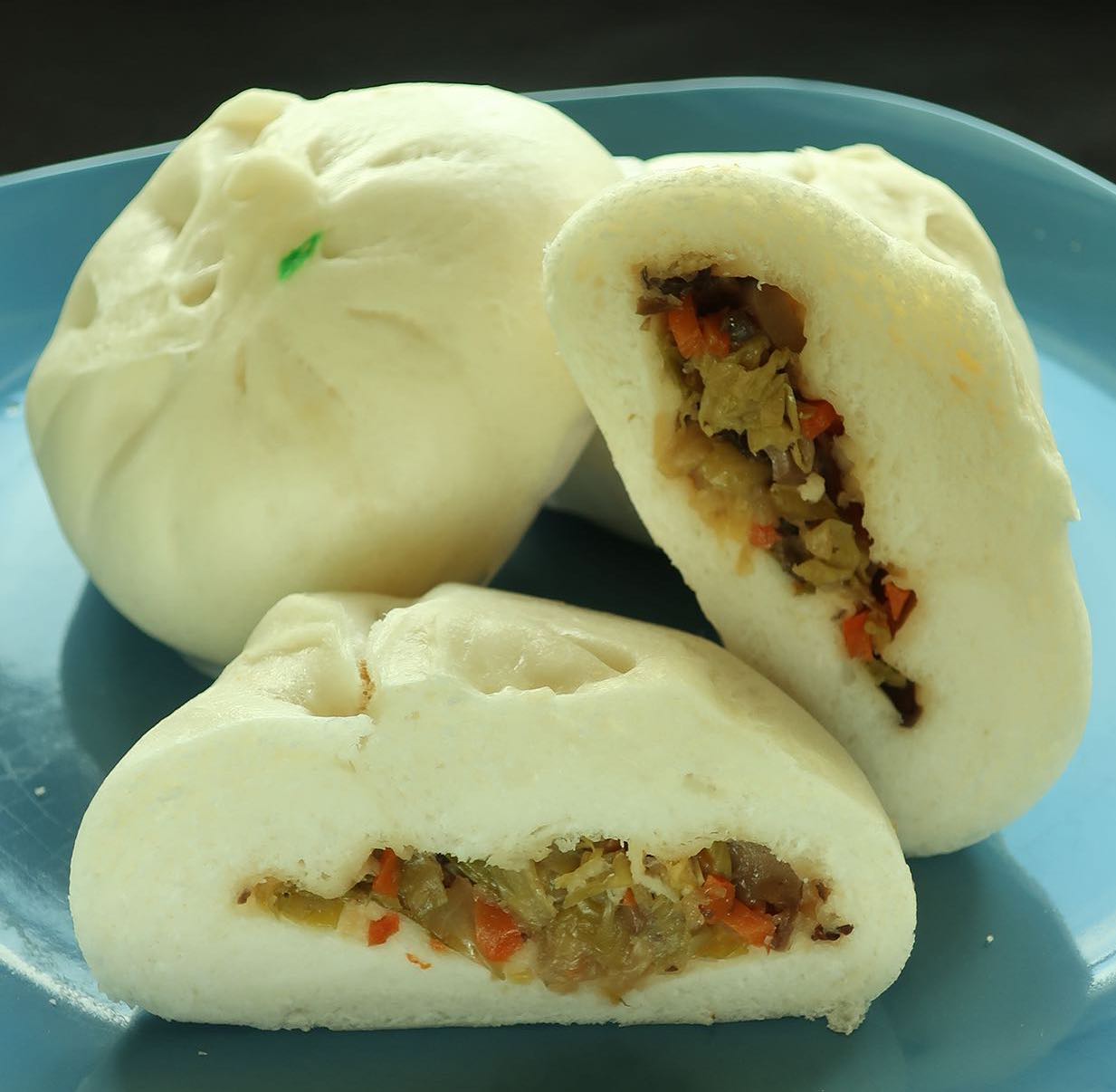 Must it always be just a choice between asado and bola-bola? Nope. Siopao choices are now more extensive, and Le Delicieux Patisserie & Café adds one more—Vegetarian Siopao—for Lent. With a filling built around cabbage, carrots, black fungus and mushrooms, the Vegetarian Siopao is not yet on the patisserie’s regular menu and is available on a pre-order basis in packs of 6 pieces at P50 per piece.

Also a good choice for Lent is Le Delicieux’s Cheese Croissant, which has an exquisite German mozzarella cheese filling, priced at P65 each. Plain Croissant is actually available at P50 per piece, and in Ham and Cheese and Sausage variants at P80 and P75, respectively, per piece. 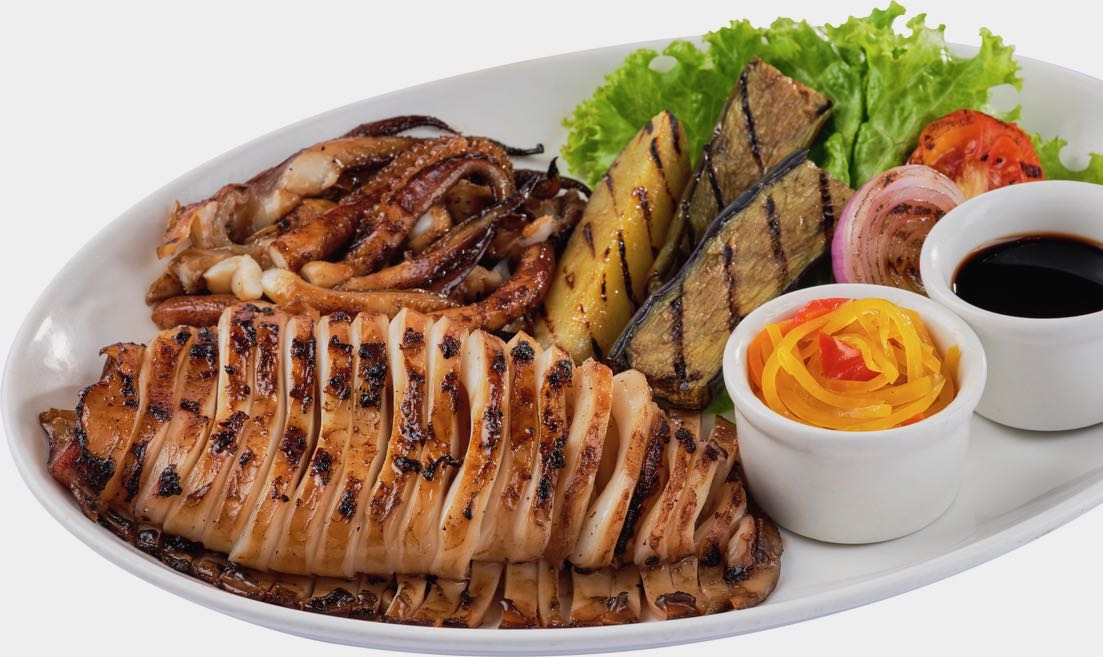 Gerry’s Grill is best known for its grilled meats and seafood. It’s what everyone who dines at the restaurant in the Philippines, Singapore, the United States, United Arab Emirates and Qatar looks for. But, for Lent, it offers its best-selling seafood dishes, such as Inihaw na Pusit (grilled squid), Sinigang na Boneless Bangus (milkfish), Sinigang na Hipon (shrimps), Grilled Tuna Belly, and Blue Marlin Steak.

The good news: Gerry’s Grill delivers. To order, call its delivery hotline at 332-1111 or order online via www.gerrysdelivery.com. 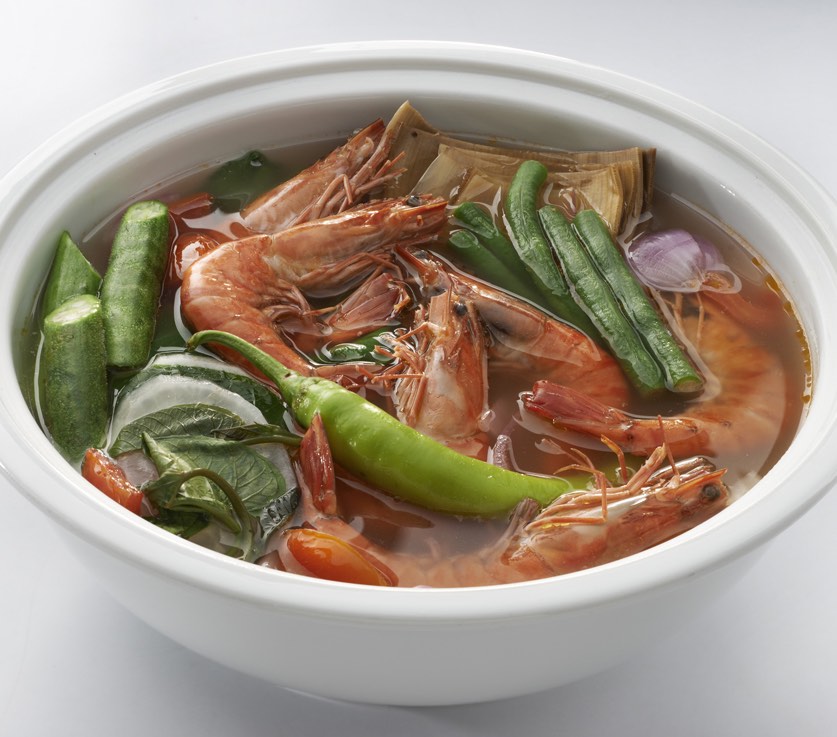 Dolly is a freelance food writer and cookbook editor. She loves taking photos of food.

LOOK: This burger is made of two lechon belly buns

From hot sauce to popcorn: Get your truffle on with these must-try food items

COVID supply woes hit alcohol in the US