Whether it’s a lifelong dream, a yearning to upskill and be more marketable, or a random escapist idea, moving to a new country can be a familiar impulse for many.

The move can be daunting and confusing altogether, and making it happen entails a lot of preparation.

If you plan on moving to a different country to either work, study, or simply enjoy a new life, researching for a good country and the different aspects involved is paramount. To make the task easy for you, we’ve rounded up some of the best countries to consider and the bare minimum costs you should mind before jetting off to a new land. 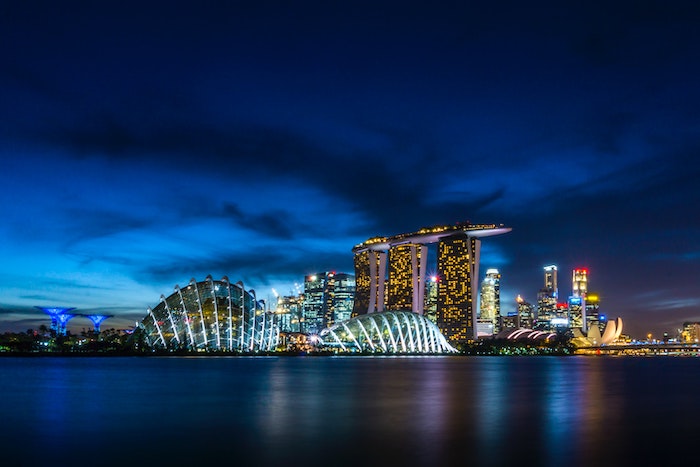 One of the best places for Filipinos to migrate to would have to be Singapore. The city-state has a thriving economy with a stable job market for those looking to work. If you fancy setting up your own business there, the state can provide grants to help fund your startup. Different types of housing are also set by the Singaporean government depending on your nature of employment, which can make it easy to look for your temporary nest. But more than the practicality, you would find the diversity in people and the thrilling sights appealing enough to make you want to move to Singapore.

Filipinos no longer need to apply for a visa to be able to work in Singapore, though permanent residence can be achieved through different schemes namely Professionals/Technical Personnel & Skilled Worker scheme for working individuals, Global Investor Programme for those business owners, and the Foreign Artistic Talent scheme for highly skilled visual and/or performing artists who are well-recognized in their home country.

The minimum costs for an individual moving from the Philippines to Singapore may be around P34,904 in case you start living in the “lion city.” 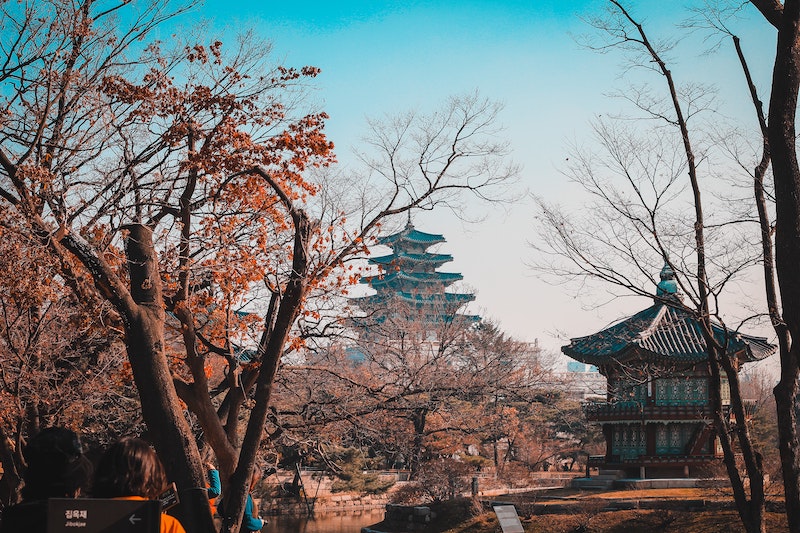 Say annyeong to your dream of being a step closer to your Korean idols by moving to South Korea. The country has been more open to accepting immigrants in recent years. The Land of Morning Calm can give you just that with many UNESCO world heritage sites and relatively low crime rates. And if you’re an English teacher, a writer, a web developer, or a marketer, you’re in luck because these jobs are some of the most in-demand in the country.

To move to South Korea, there are many different visa categories that one can fall under, but the more prominent ones are the student visa, professional visas (depending on your industry), intra-company transfer for workers based overseas and are transferred to South Korea, and the job seeker visa for those who will have to look for new employment in the country.

The language of love in K-drama

For your move to Korea, you should at least prepare P30,602 for your plane ticket, single-entry visa, and the minimum price of rent available for you in the country.

Australia has always been considered as a migration hub by many nationals across the world for many reasons. For one, the country’s temperate climate will have most Filipinos finding it easy to adjust to. Australia also has study programs set by many universities and colleges across the country, especially for those considering taking up a master’s degree. But what makes the Land Down Under an ideal new home is its Medicare system that provides primary health care for all its citizens at low costs, and immigrants who meet specific residency requirements can be deemed eligible for the medical subsidy. In the time of a pandemic, this may be something that you should consider.

For individuals with no family in Australia, you can opt for an Australian employer-sponsored visa where you have to be hired first by a company in the country, a skilled visa (the sub-class of which is determined by a point system based on your qualifications, experience, and English skills), or if you’re in a relationship with an Australian citizen, you can apply for the Australian partner visa.

Before deciding to migrate to Australia, you have to be prepared with P240,865 at minimum. And when you do move to the country, the total value of your personal items should not exceed 900 AUD (P33,357.97) and should be owned/used for at least one year. 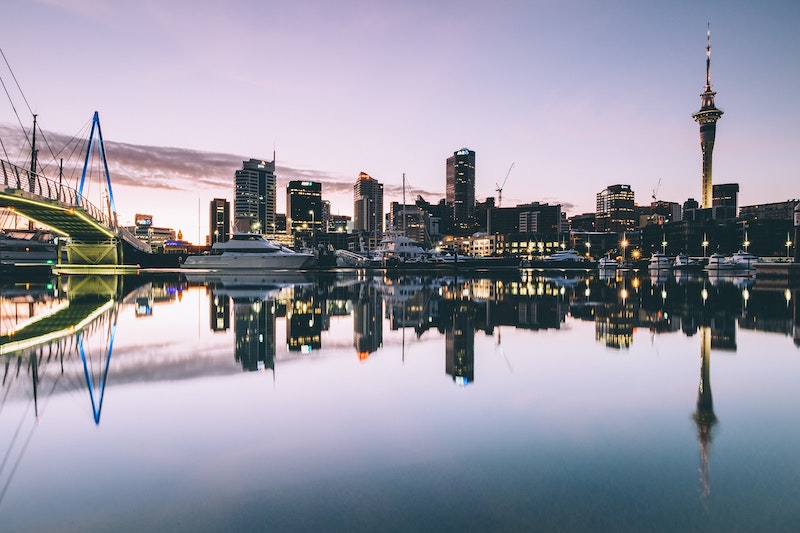 Similar to its neighboring country, New Zealand is also regarded as one of the top migration destinations. While New Zealand has recently gained fame for its effective methods of curbing COVID deaths thanks to its proactive government, the country is also known for its high employment rates for females. Some companies in the country also work on achieving a four-day work week, which can greatly help with maintaining a good work-life balance – something the country also ranks high for. Talk about a progressive nation!

New Zealand also has work, student, and business or investor visa options. For those who wish to apply for a Skilled Migrant visa, you also must have enough skills and qualifications especially with English skills. Particularly, applicants should not be over 55 years old. And if you intend to apply for residency further in your stay, you can include your partner and your children aged 24 and below.

How did New Zealand win against COVID? Lessons from its leaders and citizens

However, as of February 2022, the immigration department of New Zealand have suspended temporary visa applications from quarantine-free travel zones, so some applications may be denied or delayed depending on the type of visa. But if you plan on migrating to the country once the pandemic eases out, you have to save up at least P226,264 to cover the visa application fees and the plane ticket. 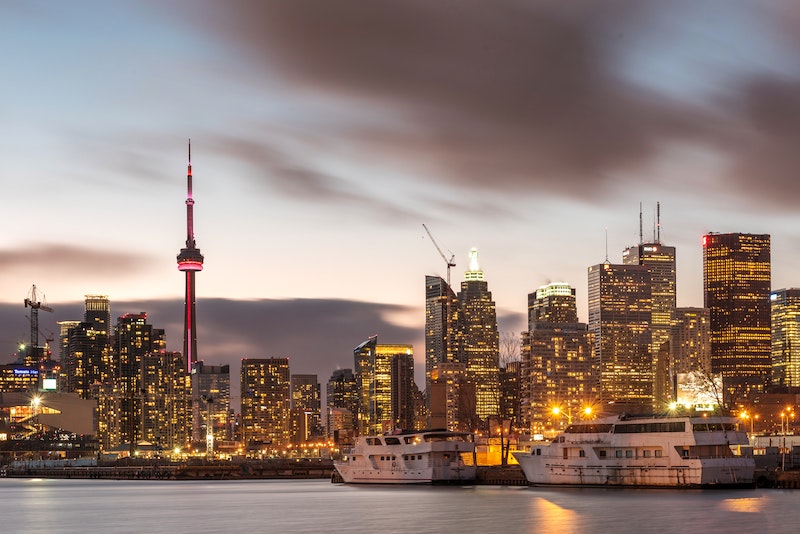 Much like Australia and New Zealand, Canada has been a prime destination of those seeking new land. The country’s universal healthcare is also what attracts many potential immigrants to move to Canada. Moreover, a survey conducted by Gallup in 2020 showed that Canadians are the most accepting people when it comes to migrants. This positive reception by many of its citizens has helped many foreigners live at ease in Canada. When it comes to your personal development, you can expect quality education and plenty of job opportunities in the country.

While most people get to Canada by means of family sponsorship, the Express Entry visa is also very common for those wanting to move to Canada and find work yet is likewise highly competitive. For the said visa, there are three types of immigration programs, namely, the Federal Skilled Worker (FSW) program, Canadian Experience Class (CEC), and the Federal Skilled Trades (FST) program. The Comprehensive Ranking System selects the most eligible in its pool of applicants based on their points and sends them invitations to apply. 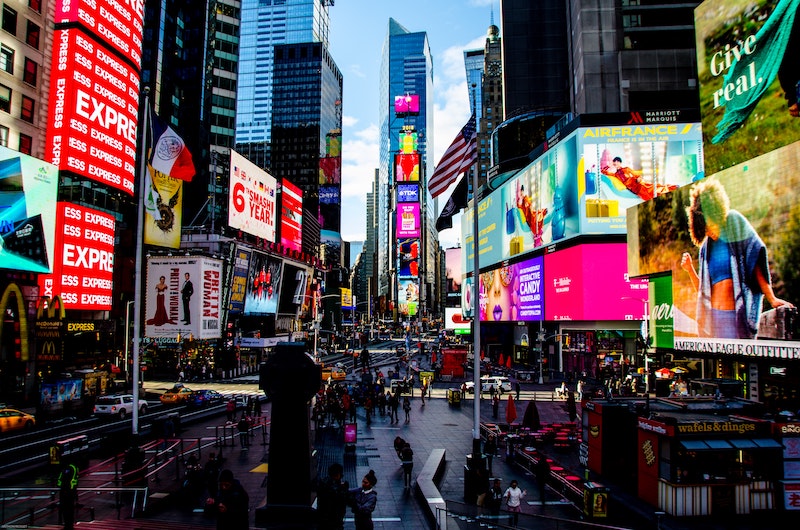 The American dream is still alive for many Filipinos, and so the United States still presents itself as one of the top places for migrating. And true enough, the country still provides many opportunities for self-growth and development for migrants. Filipinos in particular make up 4% of the migrant population in the U.S., as reported by Pew Research Center in 2018.

When it comes to immigrant visa categories, the U.S. has fewer types but a more straightforward classification: priority workers and persons of extraordinary ability (in education, arts, sciences, business, or athletics), professionals with advanced degrees (beyond baccalaureate or baccalaureate with five years minimum progressive experience), skilled workers and unskilled workers (other workers not included in the previous types), and immigrant investors.

It's time America opens its heart to our differences

Costs of moving to the U.S. may reach at minimum P112,808. If you’re eyeing to migrate to the U.S., it’s best to have a job offer from an employer based in the states who will serve as your visa sponsor. 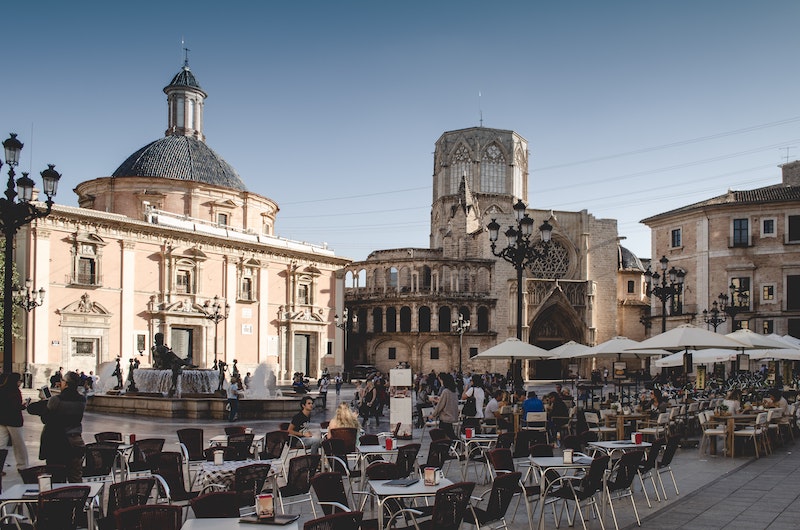 Most Filipinos often head for English-speaking countries to live a new life, but European countries are just as easy to migrate to. Spain in particular boasts of stunning beaches, plenty of historical landmarks, and aesthetic architecture. Filipinos will have less difficulty to adapt to living here compared to other European countries as Spain’s slow-paced culture centers on community and acceptance, which may at some point give off a similar vibe.

For long-stay, Spain has three types of visas: residency, work and residency, and student. A residency visa requires the applicant to show proof of financial statement declaring a monthly income amounting to €2,130 (P124,059) or savings of €26,000 (P1,513,501) as it is a non-lucrative type, meaning your source of income comes from your home country or elsewhere and not from within Spain. Meanwhile, the work and residency visa must have your Spanish employer request a work visa from the Ministry of Labor.

Europe could be headed for pandemic 'endgame': WHO

The Spanish citizenship scheme for its former colonies allots a shorter period of residency. For individuals born in the Philippines who migrate and wish to become citizens, you only need two years of legal and continuous residency for you to be eligible for application either as a dual citizen or a fully naturalized Spanish citizen.

If you’re decided on living in Spain as a non-lucrative resident, you should have saved at least P1,590,061, including your bank savings.