Style Living Self Celebrity Geeky News and Views
In the Paper Shop Hello! Create with us
Hannah Mallorca

Think you've explored what Zamboanga has to offer? Think again. Aside from the well-preserved structures and diverse cuisine, the City of Flowers offers so much more, including their beaches.

The story behind Bisaya-Bisaya Island—one of the 11 islands of Once Islas—is an interesting one. As shared by our tour guide, it’s an urban legend among Zamboangueños that starts with a Bisaya and Muslim who compared their catch of the day. The Muslim suggested their fishes be combined and divided equally, however, the Bisaya insisted that what’s his is his—or in other words, Bisaya-Bisaya. A play on the term, “Kanya-Kanya.”

This is one of the many tales behind the breathtaking Once Islas and Sta. Cruz Islands in Zamboanga. The laidback beaches are home to picturesque sights, delectable seafood eats, and indigenous communities with stories to tell. Compared to other tropical counterparts, they are lesser-known to the public—leaving an aura of mystery and untouched splendor.

Zamboanga is known for taking its heritage and environmental advocacy seriously, and these beaches are a reminder of why preserving the country’s resources matters.

Zamboanga City: What makes this historic and cultural haven a must-visit for hodophiles

Once Islas and its hidden gems

White-sand beaches, clear waters, spectacular rock formations, and a peaceful atmosphere: Once Islas is a tropical gem that was off the map until July 2018. Since then, the eco-cultural destination is a rising star among beach bums and water babies.

Huraida Malik, our community guide and president of the 11 Island Tour Guide Association, revealed in a separate interview that Once Islas is made up of 15 islands in total. She added that the islands are known among their ancestors as the “ina” while the islets are said to be the “anak.”

But before you reach the islands, tourists must register at the Panubigan Barangay Hall where you have to present your vaccine card and a valid ID. Then, you can travel by boat to the Panubigan Ferry Terminal which is an hour’s drive from the Zamboanga City proper.

We first stopped at Bisaya-Bisaya Island, a place surrounded by breathtaking rock formations, a small lagoon, and a pristine white-sand beach. You can take a short trek to see more of the rock formations and then rest in the lagoon since it also doubles as a relaxing dip pool. Tourists can also cross to the other side of the island to get a panoramic view of the beach. 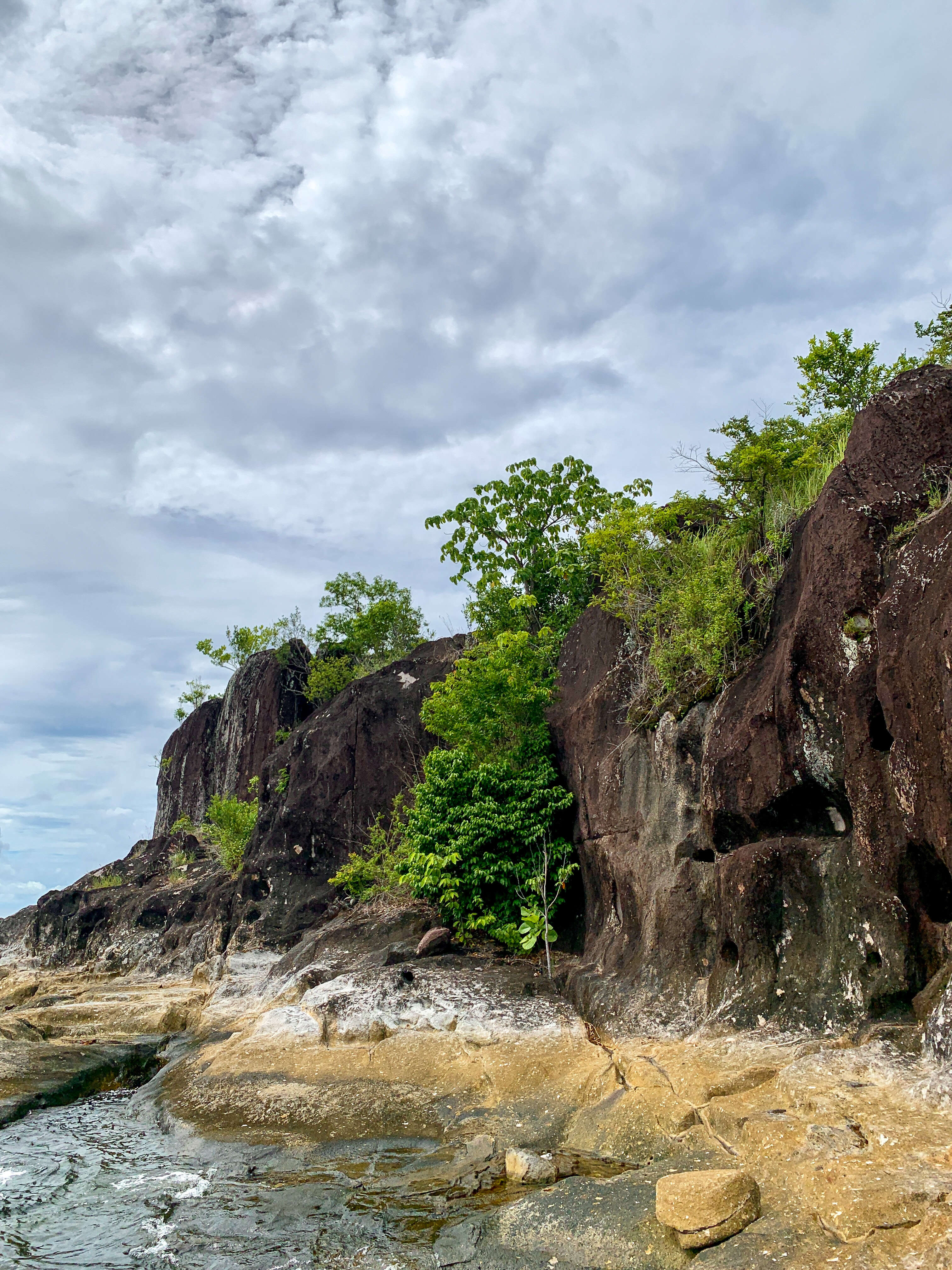 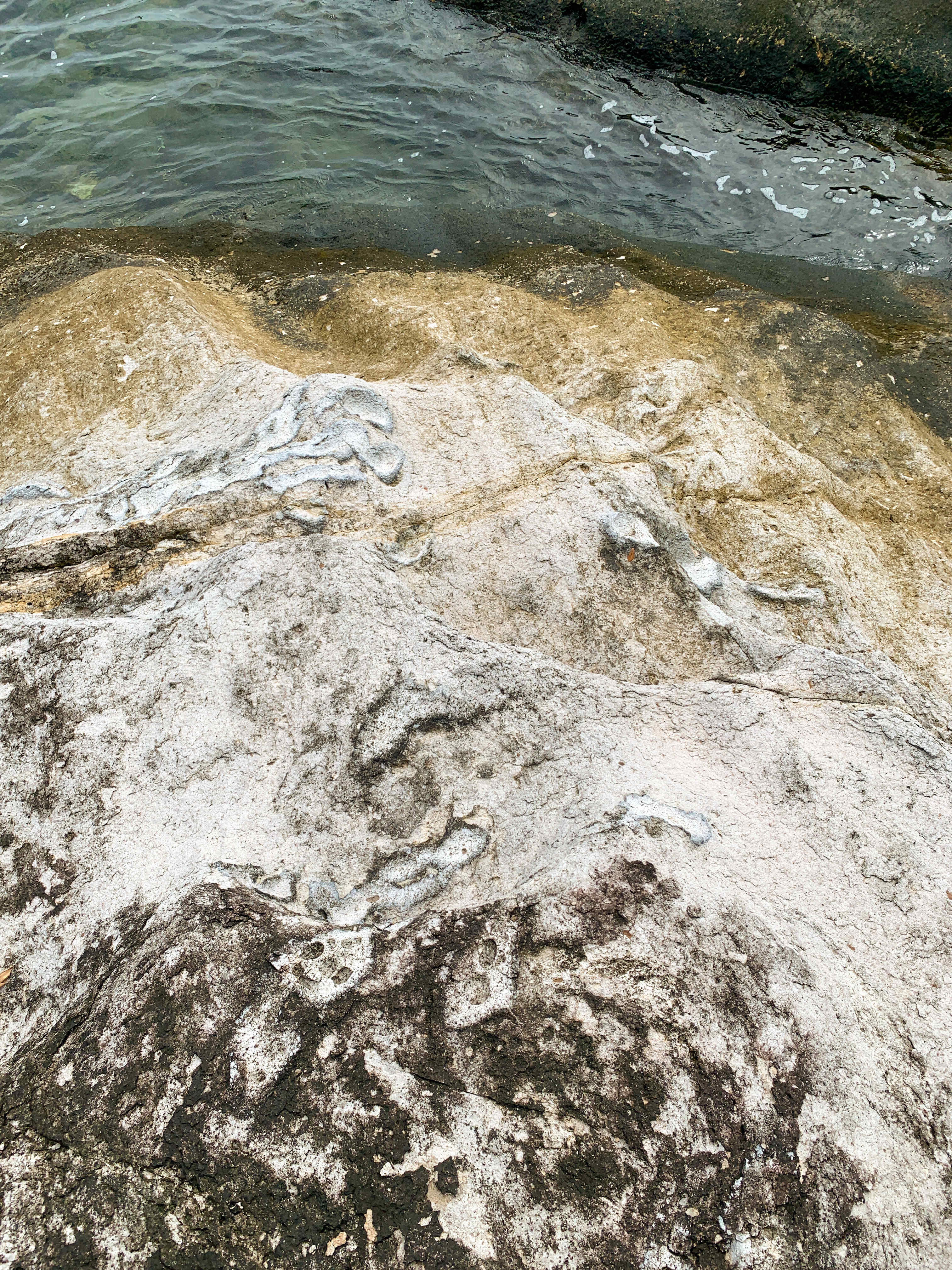 You can climb on the rock formations with the help of the local community tour guides. 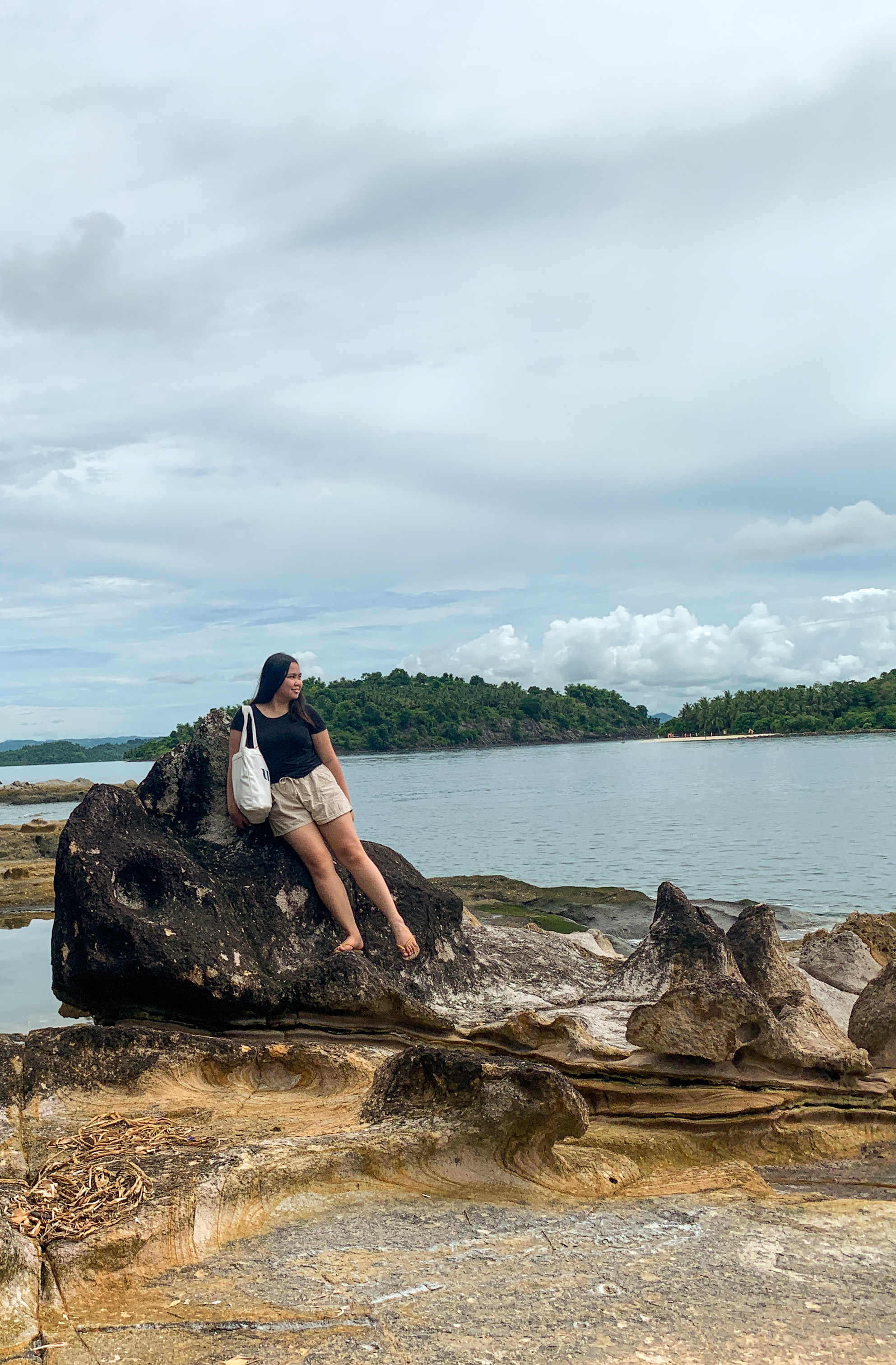 One of the rock formations overlooks the sea.

You can climb on the rock formations with the help of the local community tour guides.

One of the rock formations overlooks the sea.

Our second stop, Bauang-Bauang Island, features a powdery white-sand beach and crystal-clear waters nestled by many trees. You can also hike on the island since rock formations are found in the area. But if you’re fond of the water like me, you can swim, snorkel, or go on a kayak ride. The water feels cool and refreshing, and will make you feel like you were in your own world. Plus, you can even enjoy fresh coconut juice when you’re done. 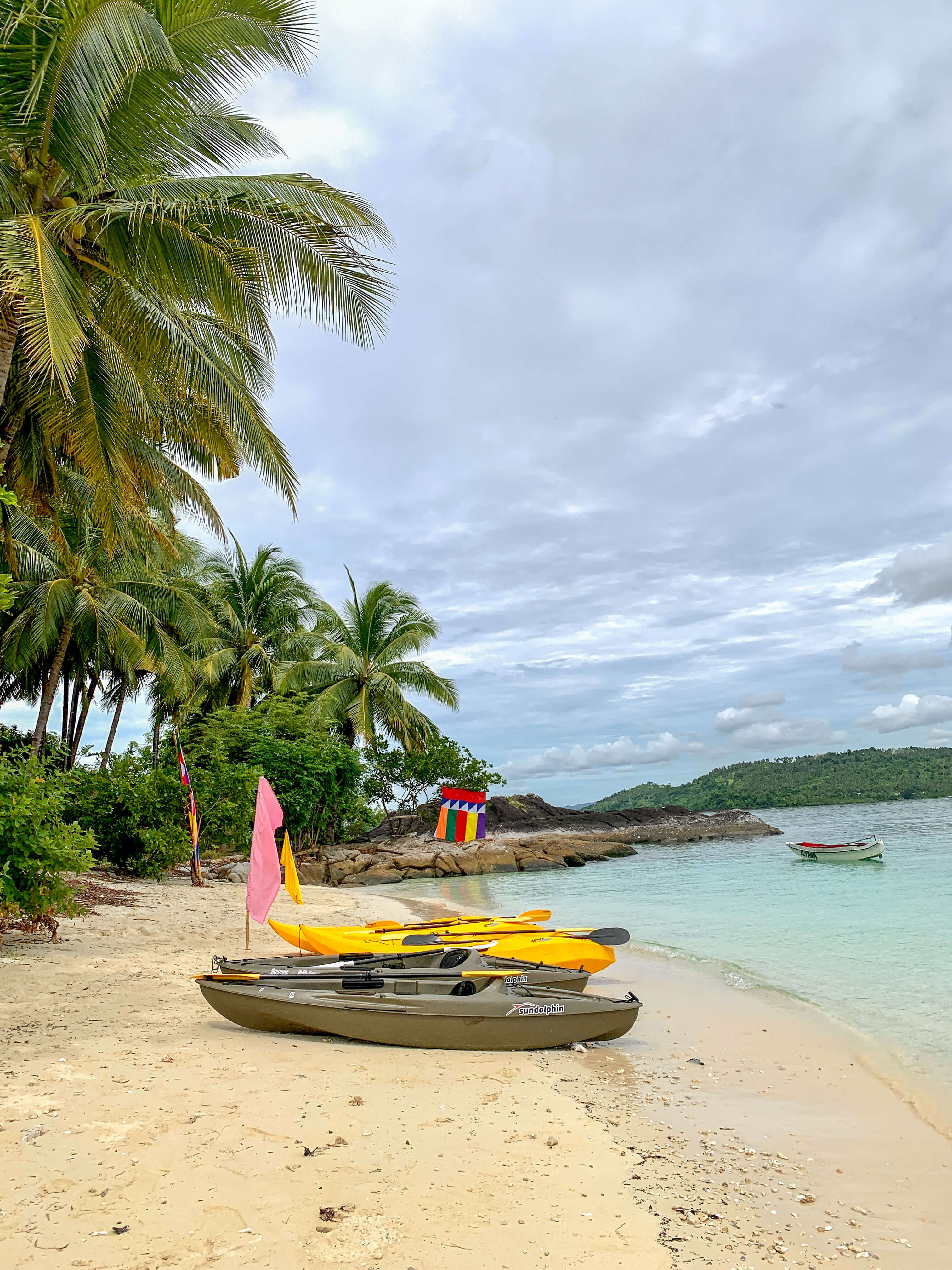 Tourists can go on a kayak ride at Bauang-Bauang Island. 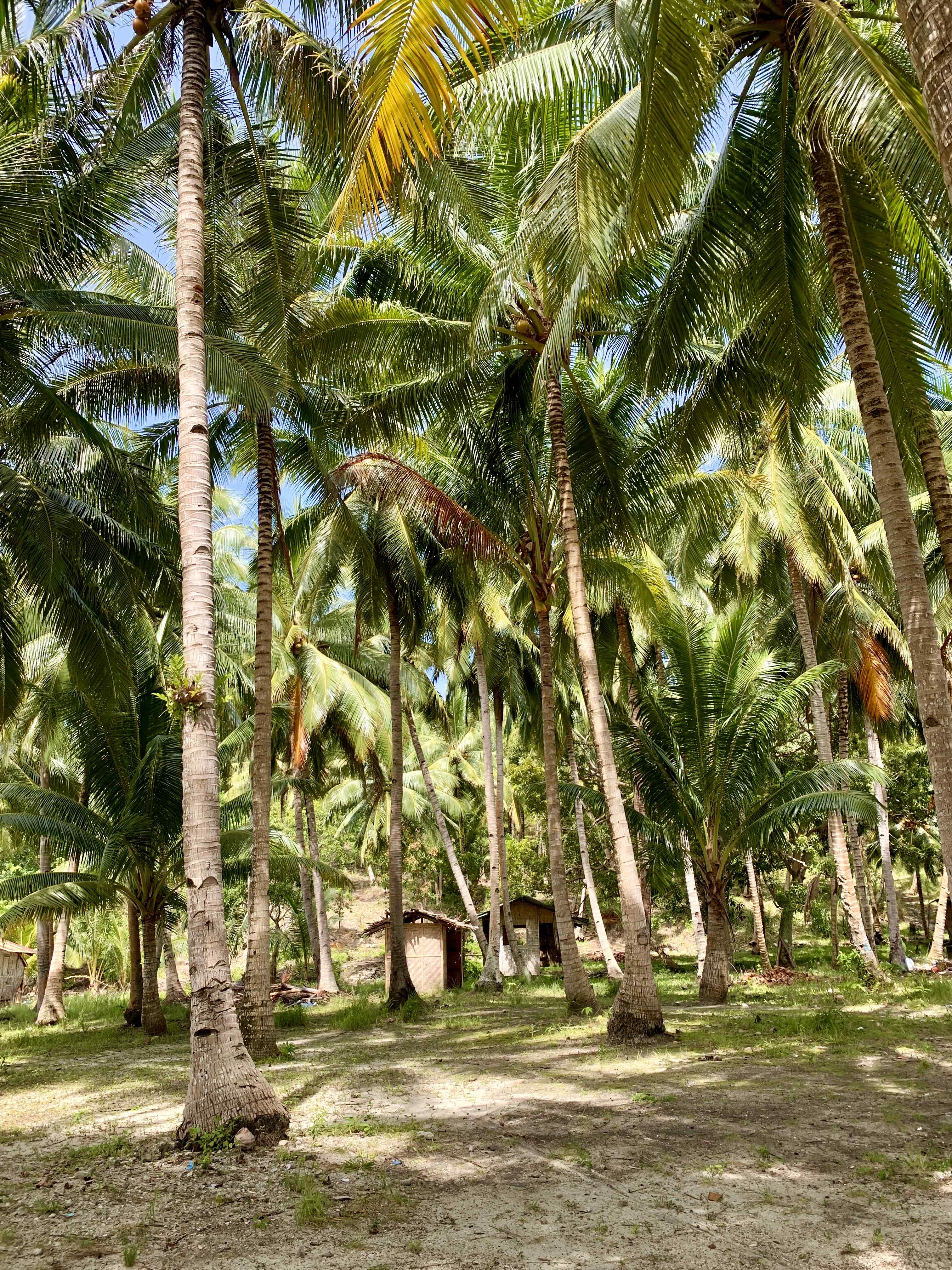 The island is nestled with trees.

Tourists can go on a kayak ride at Bauang-Bauang Island.

The island is nestled with trees.

Sirommon Island is the fitting finale of the Once Islas Tour as we’re welcomed by cultural dancers on the beachfront and a sprawling seafood feast. I recommend not bringing any food to the islands since the Sama Banguingui community can prepare a bounty of grilled fish, grilled squid, fried squid, fried chicken, fruits, and lato. You can also enjoy the most activities in the area since it includes a sea wharf, a nesting area for sea turtles, treehouses, and a breathtaking sandbar.

Even so, you’re not allowed to stay on the island overnight since preserving the island’s splendor is a priority for local communities. The island is open from 7:30 a.m. to 2:00 p.m. except for Mondays and Fridays. You can pay an additional P150 to rent a cottage and P300 for the tour guide fee.

You can choose from the BiBa Route (that covers Bauang-Bauang and Bisaya-Bisaya Islands for P1,200) or the Island Cruise (where you can visit the three islands along with a side cruise around the remaining eight) for P2,000.

Santa Cruz Island is a sight for sore eyes and it’s not just because of its “pink” sand. The majestic beach takes environmental advocacy seriously as we’re surprised with a thorough check for single-use plastics and garbage before hopping on a boat to the island.

The welcome is the eye-catching pinkish coralline sand made of crushed pulverized red pipe organ corals combined with the beach's sand. But what holds your attention is Santa Cruz’s untouched beauty due to its tiny huts and local communities. It was included in the list of 2017 NatGeo Magazine’s Best Beaches in the World after all. 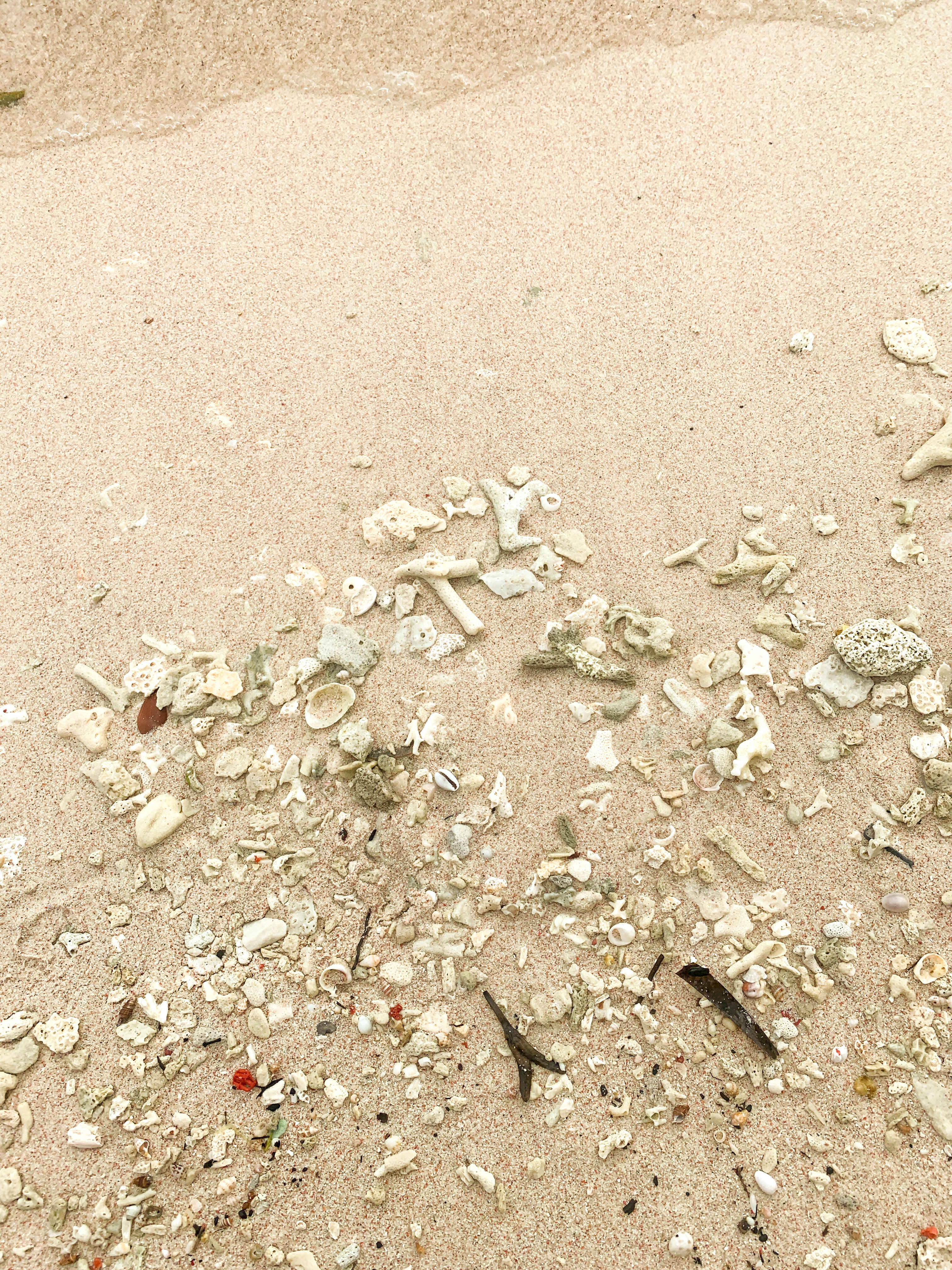 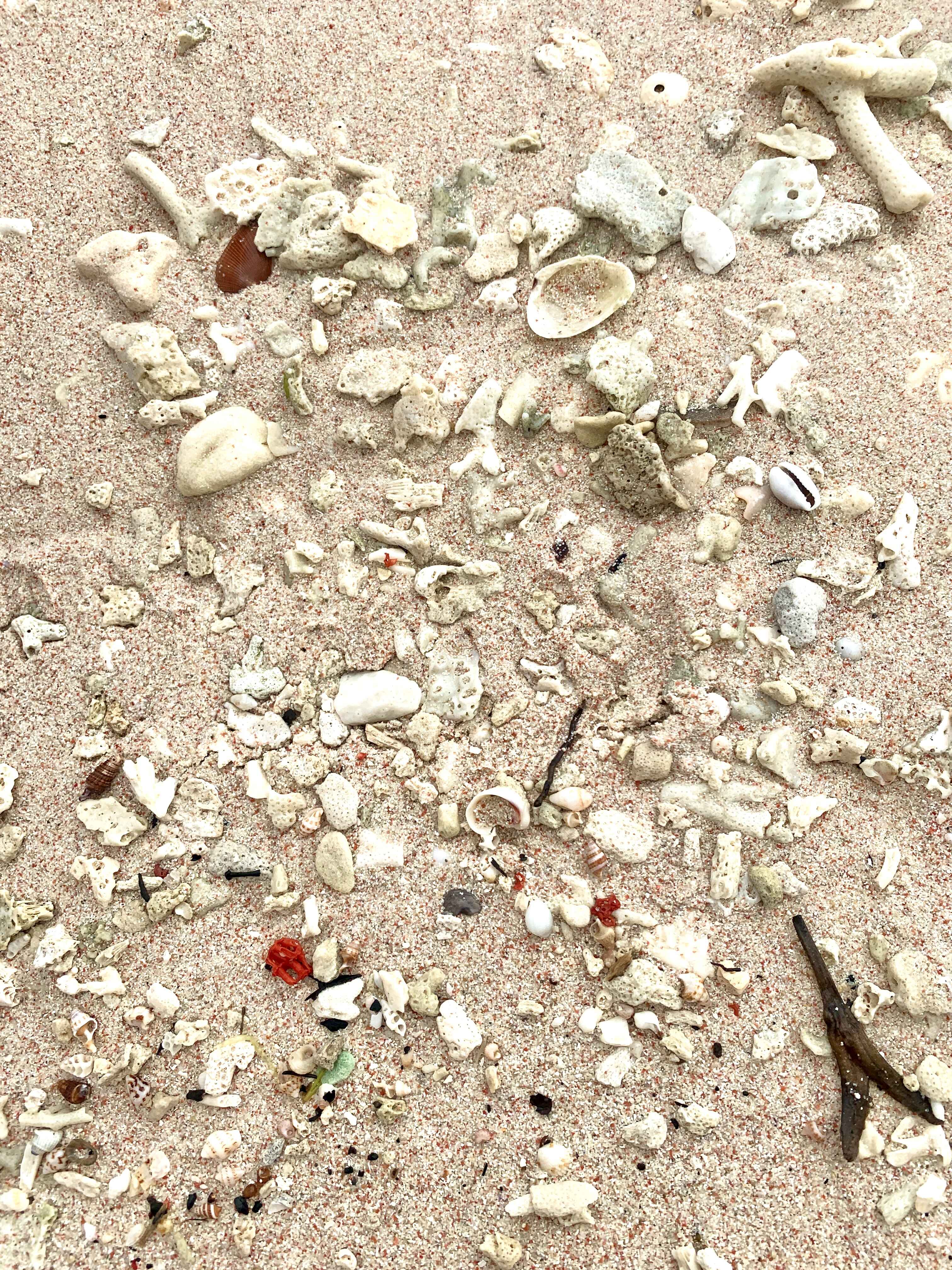 Apart from swimming, snorkeling, and kayaking, you can also go on a yellow boat tour worth P200 to see more of the beach’s aquatic resources and its 100-hectare mangrove forest.

Perhaps, the yellow boat tour is my favorite part of the island since I’ve discovered that many natural resources make up the beach’s natural beauty. It doesn’t just show the beauty of Santa Cruz—it even reminds tourists of the risks of deforestation and single-use plastic.

Aside from single-use plastics, smoking and bringing home shells, sand, and corals are not allowed. It’s also a no-garbage zone and you can only enter from 7:00 a.m. to 2:00 p.m. except for Mondays and Fridays. You must book a trip to Santa Cruz at least a day in advance and must pay P1,000 for a roundtrip boat ride. Make sure to pay P20 for the entrance fee and P5 for the terminal fee.

But if you’re planning to stay for a moment, a four- to six-person cottage costs P100 while an eight- to 12-person costs P200.

Tourists will be brought through a trail of mangroves. Fun fact: mangroves have male and female flowers, and the area we went to is the nesting place of two types of lato (you can even taste its natural saltiness and earthiness on the ride).

During the trip, you'll also spot—and be able to hold—Cassiopeia or non-poisonous upside-down jellyfish. If you're scared about being stung by these creatures, don't worry, the tour guides will teach you how to hold them properly.

As you finish the tour, you'll have the chance to meet the indigenous communities, savor more of the island’s beauty, and spot Zamboanga’s signature vintas at sea.

One of the most wholesome moments for me, however, was talking to the kids of local communities with the brightest smiles.

Flavors of Zamboanga: A glimpse of how its cuisine shows the city’s unique heritage

Hamilo Coast: Nurturing nature for 15 years and beyond

Walking through the tasty history of Singapore’s Chinatown