A pretty, accomplished lady friend, still single in her early 40s, posted this on her Facebook account. She is deeply religious and seemingly content on being a ‘Tita,’ so I thought she meant St. Francis of Assissi.

It turned out, she was referring to actor JC Santos’ character in Irene Villamor’s Of Vodka, Beer and Regrets. Francis is the devoted, ideal lover of self-destructive, has-been actress named Jane, played by Bella Padilla.

Jane struggles with alcoholism, messes up her work and relationships, goes in and out of rehab, has relapses. In one of these setbacks, she bumps into her ex-boyfriend and gets drunk with him. Prompted by her loser of an ex, she smashes a parked car’s windshield and lands in jail. Francis bails her out and stays with her till she gets sober again in a rehab.

But there’s something about Santos that is close to Francis. Instead of devotion to one person, Santos has managed to be a hands-on father and husband. His career, thankfully, blossomed more.

It’s as if the gods had laid out the plans for Santos and gave him all the projects he needed or wanted before the start of the pandemic that sent everyone on a forced break.

He thought 2020 would be another busy year. Instead, he had all the time in the world to focus on his very young family.

I’ve learned that babies also feel your energy. If you’re stressed or uneasy nararamdaman nila so nagiging moody din sila. So I try my best to be calm. Also, I’m the ‘hele’ master.

In 2019, he was one of the busiest actors in film and television. At a time when many thought there was a slump in the film industry, Santos finished nine movies, more than half of which he played the male lead.

He was also part of the digital TV series about the Titas of Manila directed by his manager, Andoy Ranay, called Don’t Call Me Tita, a dramedy on iWant TFC led by Cherry Pie Picache, Mylene Dizon and Agot Isidro.

Besides On Vodka, Beers, and Regrets, Santos finished Open for Blacksheep Productions, the younger sister of Star Cinema focused on daring, less formulaic works. Also directed by Ranay, the film is about, well, open relationships. This time, Santos was paired with rocker-actress Arci Muñoz.

There’s the international horror flick, Motel Acacia directed by Malaysian filmmaker Bradley Liew. It was supposed to be shown in cinemas in March, as was his Kintsugi (Broken), if not for the lockdown. 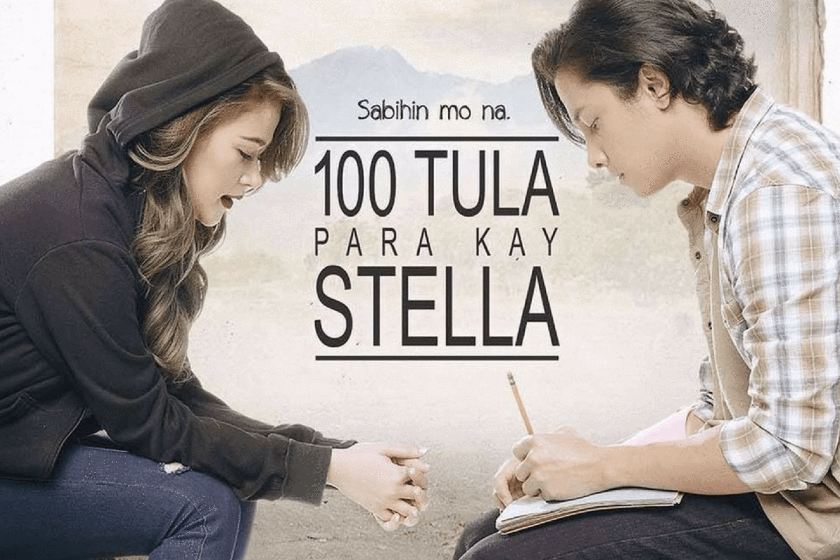 The latter was shot in Japan. Santos plays lead in a love story between an OFW and a Japanese played by model-actress Hiromi Nishiuchi. It was his second film about OFWs in Japan with the award-winning tandem of director Lawrence Fajardo and screenwriter-playwright Herlyn Alegre. The first being 2015’s one-act-play that was adapted into full length movie, Imbisibol.

On the live stage, as if an itch he needed to scratch, Santos went home to theater. Before Sunod and Miracle in Cell No. 7 were shown in the cinemas, Santos was in Lam-Ang, a reinterpretation of the Ilocano epic by Tanghalang Pilipino, the resident theater group of the Cultural Center of the Philippines.

To more Sunset and Sunrise! ????? I am forever grateful for you and everything that we have. I love you! Happy birthday! ?

In September, 2019, he married his high-school crush, the gorgeous and beautiful Kapampangan Shyleena Herrera.

As JC recounted in an earlier interview, he was just one of the many who admired the campus beauty from afar. He took his chances but as he revealed later, “na-basted ako.”

It was a decade and half before he got his chance again. In 2018, the rising heartthrob was already busy with tons of show-biz commitments and he was single. Shyleena was also not seeing someone and focused on co-managing the family business, a bar and restaurant called Ruthay’s in Lubao, Pampanga.

A nurse by profession, Shyleena has learned to be a good cook, too, and as we all know, a delicious meal is almost always the biggest weakness among the mightiest of men.

Santos happened to stop by and check out the menu at Ruthay’s. “When I saw her again after 15 years, I already knew that she was going to be my wife. She knows me. She knows how to calm me down. And we are good life teammates. Bonus na talaga ng sobra na magaling siya magluto,” he told PhilSTAR L!fe.

They discovered they shared many things in common. They love traveling, anime and all the good things about Japan. He had invested his earnings well, saved up and had lots of projects before him. He was ready to have a family. No fuss, no publicity, nada. Just do it. Carpe diem, as they say.

So after a few months of dating, they got married in September last year, two months before Santos’ 31st birthday.

The media only learned about it middle of January this year when Santos gave interviews to promote his upcoming movies. “Wala naman po nagtatanong kaya walang naka-alam,” he told the media then.

This October, their baby daughter named River Alethia turns eight months. The name is from one of Santos’s favorite actors, the late great River Phoenix. He mentioned Stand By Me as among the films that made a deep impression on him. Aletheia is the Greek word for truth.

“I love watching her grow every day. We’re both exploring this new life, her as a new born and us as new parents. I’ve never been so grateful in my life,” Santos said.

The perfect dress for our little mochi ?

Since the start of the lockdown, Santos and his wife take turns taking care of River, him being the morning “yaya.”

Santos’ social media accounts have become like instructional materials on newborn care and safety. It’s Santos massaging River, bathing and changing diapers, singing lullaby as she sleeps in his arms.

“I’ve learned that babies also feel your energy. If you’re stressed, upset or uneasy nararamdaman nila ‘yun so nagiging moody din sila. So I try my best to be calm and light whenever I’m with her. Also, I’m the ‘hele’ master,” Santos said.

There was a time when longevity in show business depended on one’s “single blessedness.” You get married, you lose most of your fans. Only a handful can maintain their fanbase as they age like fine wines.

Leading men like Aga Muhlach, Richard Gomez and Ian Veneracion could be paired with younger female lead stars and still maintain the “kilig.”

Piolo Pascual and John Lloyd Cruz may have written another rule: Have kids but stay single and available.

Now there’s someone like Santos, the anti-heartthrob matinee idol. When he was asked on a TV talk show about Bela Padilla, whom he was paired with in three movies, it was not the usual answer that borders on the kilig factor.

Instead Santos talked about the acting process, how throwing lines with Padilla has become a natural for them. Maybe it was because JC Santos, before showbiz, was trained and nurtured on the live stage by the best theater directors and mentors. Think of the late, great Dulaang UP founding artistic director Tony Mabesa, whose fierce directing style was as legendary as his legacy. And there are Mabesa’s proteges like the geniuses Floy Quintos and Dexter Martinez Santos.

Santos also had a six-month training at Circle in the Square Theatre School in New York City before before acting for the stage. Not limiting himself to Filipino plays and musicals, one of Santos’ defining roles on stage was a beekeeper named Roland, the lover of Cris Villonco’s astrophysicist character named Marianne in Red Turnip’s staging of Constellations.

The reception among the female and gay members of the audience was overwhelming. They wanted more of Santos.

And the role gave Santos his first “Outstanding Male Performance” trophy or the equivalent of best actor in the annual PhilStage Gawad Buhay Awards, touted the local version of the Tony Awards.

The same year, he got the biggest break on television via ABS-CBN’s soap opera Till I Met You. He aced the gay role named Ali, the supposed third wheel in the top-rating primetime series starring then real-life couple Nadine Lustre and James Reid.

He still has dream roles for the stage.

“I’m still a big fan of the classics. I want to be able to play Hamlet of Shakespeare or Konstatin in any of Chekhov’s plays. Gusto ko ng role sa kahit isang Tennessee Williams or Edward Albee play,” he said.

In three months, 2020 will be over but there’s still more for Santos. He has three big projects on standby and recently returned to primetime via ABS-CBN Kapamilya Channel’s Walang Hanggang Paalam with Angelica Panganiban, Paulo Avelino, Zanjoe Marudo and Arci Munoz directed by Emmanuel Palo and Darnel Villaflor.

“I’m just gonna wait for this pandemic to end,” he told us, laughing. “I have two films and one project for an international series.”

As for juggling family life and work as multi-platform actor, Santos has never been more secure and assured in his life than now. He doesn’t mind if he’s going to lose that heartthrob image. He already did, if veteran tabloid columnists were asked, but what the hell. He didn’t care. He can act and he loved the process.

“I think, na-establish ko na sa audience na mga nanonood ng projects ko that I’m more on the character side. If a company or a director gave me a chance to be a lead actor then good, and if support character naman, okay din,” he said.

Totel has been writing about theater, film, music, the performing arts, show business and anything in between for more than two decades.