Back in their time, the Roman Empire was the greatest builder of structures in the world. If you could experience the immense joy of building something that could last for thousands of years, how would you do it? Well, the folks at LEGO did try to find out.

LEGO has just unveiled its largest and most expansive set yet: a 9,036-piece replica of the famed Roman Colosseum! The LEGO Colosseum is a faithful recreation of the Roman amphitheater, and a monumental building challenge for creators and travel enthusiasts alike.

This set captures every aspect of the classic building, from the columns of the outer walls and interlocking arches of the façade, inner structures that run deep underneath the arena and even the travertine paving stones and olive trees. The set also features three different shades of brick to mimic the aging of different columns. 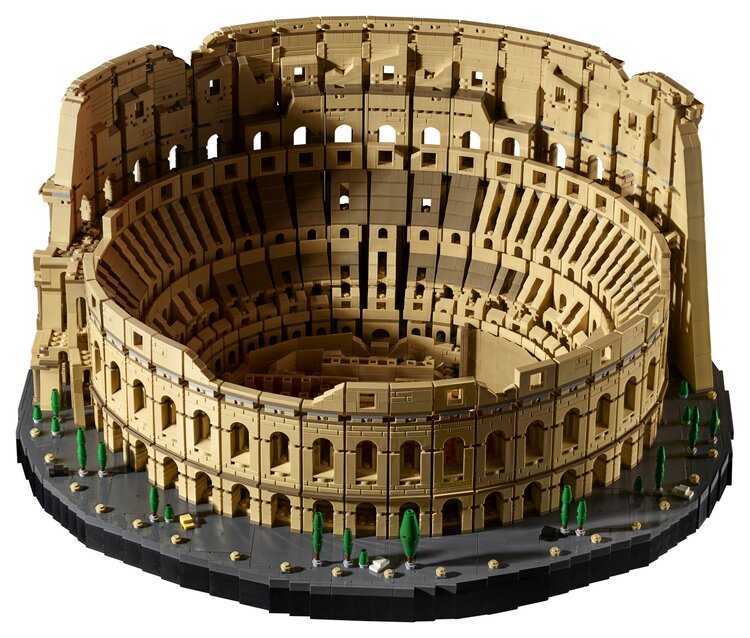 Once built, the free-standing elliptical LEGO Colosseum measures over 10.5” tall, 20.5” wide, and 23.5” long. The newest set is part of the brand’s Creator Expert line, designed for serious builders over the age of 18 who have been looking for a challenging kit to construct.

“One of the biggest challenges and one of the most important things was to convey the Colosseum’s monumentality in the LEGO form. I felt that the LEGO model should display a special architectural feature of the original – the rows of columns flanking the arches in different styles. To achieve that, the model is constructed using an effect of vertical exaggeration. The cross-section is therefore far steeper than on the real structure. Hopefully, people will be inspired to learn more about the original through the experience of building the LEGO model,” says set designer Rok Zgalin Kobe.

LEGO Colosseum is available at the LEGO websiteand LEGO stores starting Nov. 27 for $549 (P26,530). LEGO VIP members can get a limited-edition Roman Chariot (gladiators not included) if they purchase the set early.