While most people spend their time on lockdown binging on TV series and movies, 78-year old Sir Paul McCartney made use of this time to work on a new album – where he wrote all of the songs and played all of the musical instuments.

McCartney III was made completely while on "rockdown" as he would call it in interviews. This now ends the McCartney trilogy that started with his solo albums McCartney in 1970, and McCartney II in 1980.

Talking about McCartney III, Sir Paul revealed, “I was living lockdown life on my farm with my family and I would go to my studio every day. I had to do a little bit of work on some film music and that turned into the opening track and then when it was done I thought what will I do next?"

The musician, best known as one of the former members of legendary musical act The Beatles, went back to his former unfinished work for the album's material. "I had some stuff I’d worked on over the years but sometimes time would run out and it would be left half-finished," Sir Paul continued.

"So, I started thinking about what I had.  Each day I’d start recording with the instrument I wrote the song on and then gradually layer it all up, it was a lot of fun.  It was about making music for yourself rather than making music that has to do a job.  So, I just did stuff I fancied doing. I had no idea this would end up as an album,” he said.

Prior to the official announcement of the album, McCartney’s team did some "teasing" via Spotify and Twitter.

First, an animation on the albums McCartney and McCartney II showing three dice with three pips facing upwards. On Oct. 20, Sir Paul's official Twitter account posted photos at 33 minutes past the hour with a recurring motif of three. 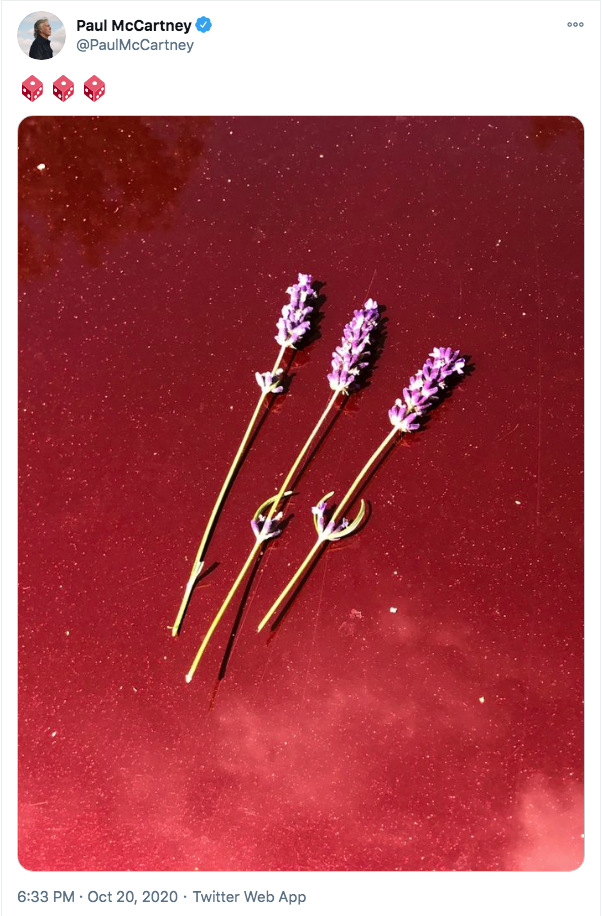 The McCartney III album was officially revealed on Oct. 21 in all of his official social media accounts.

McCartney III will be released on December 18. This is a perfect Holiday gift to your parents, grandparents and loved ones who are certified fans of Macca and The Beatles. You may pre-save or pre-order the album as early as now!