As the Super Mario Bros. franchise turns 35 this year, Nintendo will be launching a modernized version of its original Game & Watch handheld that now comes with an upgraded full-color display.

The new Game & Watch: Super Mario Bros. handheld console is a refresh of the company's first mobile game console that was first sold in the 1980s.

Though refreshed, the design stays true to the “cross” control Pad and A/B buttons, just like the original Game & Watch device. It was originally developed using technology developed for Nintendo's digital watches.

The handheld will also function as a digital clock, which includes 35 different animations and little touches that play at random, filled with Easter eggs and guest appearances from Mario’s friends and foes to celebrate Mario’s 35th anniversary, for complete nostalgia bliss. 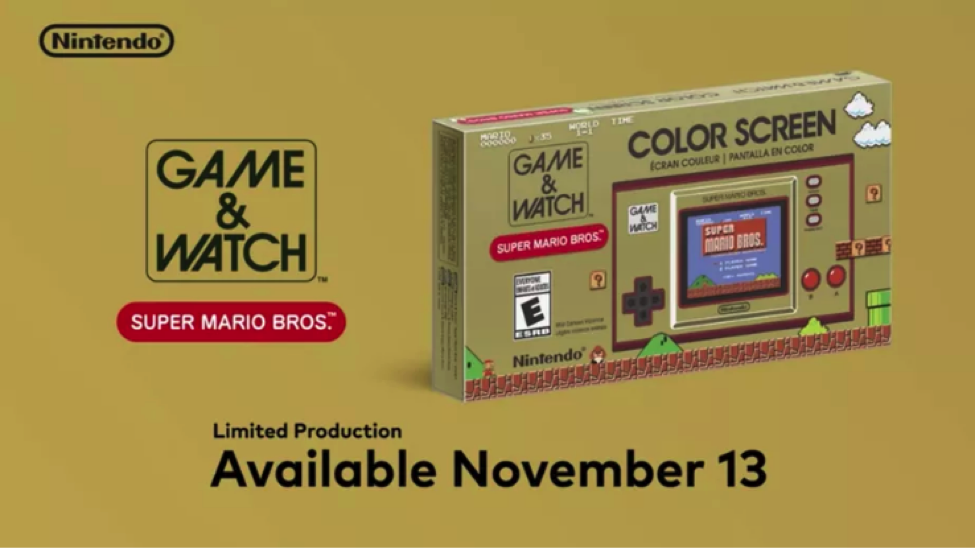 The limited edition Game & Watch: Super Mario Bros. handheld electronic game console is priced at $49.99 (P2,432) and is scheduled for release in the US, UK and Japan on Nov. 13. Nintendo has yet to give details on a local release date.