Style Living Self Celebrity Geeky News and Views
In the Paper Shop Hello! Create with us
Prototype model. Lycan

Filipino motorcycle company Lycan plans to “pave the way for the next generation of motorcycle riders” by letting customers design their own motorcycles, and launching a host of high-tech bike features and accessories that make use of artificial intelligence, among others technologies.

The motorcycle company is launching two original prototype motorcycles, namely the Lycan G6, and the Challenger 1 which looks like the lightcycle straight out of futuristic sci-fi movie Tron, as well as smart helmets where riders can channel their inner Iron Man.

The start-up company from Quezon City says it wants to provide a level of convenience for its customers without compromising the safety of using their products.

“A decade ago, we never thought that we would be able to shop online easily using our phones and receive the items within a few days, let alone see autonomous self-driving cars with Tesla,” according to Lycan.

The motorcycle and tech company will be launching its futuristic motorcycles and accessories in a free virtual conference event this Dec. 11, 2021.

The projects sound like an ambitious feat, but this homegrown company that started as a home garage shop, is up for the challenge.

Making up Lycan’s core team is CEO Jaggy Gangat who owns a custom motorcycle business, a division of the Lycan companies; JM Grefaldo, their chief technology officer who oversees the developments of all the technology aspects of the company and the products; and Jeremiah Castillo, their chief operations officer who manages the company's operations.

In an interview with PhilSTAR L!fe, CEO Jaggy Gangat shared that he believes their mass customization feature “focusing on typically customized bikes with styles like Cafe Racers, Scramblers, and Bobbers” will appeal to the rider-centric market in the Philippines.

“Typical motorcycle customizations take time and are tedious because they are done outside a manufacturing perspective and because the aftermarket parts used in customized bikes are not one-size-fits-all that fits perfectly with several motorcycle models and brands,” explained Gangat.

But on a production level, where almost all of the parts are manufactured by Lycan, the process can be streamlined from the start.

Lycan will soon let its customers design the motorcycles themselves easily and have the finished bikes delivered straight to the buyer's home.

Their system allows customers to fully personalize their motorcycles from scratch, including its body parts, colors, and engine displacements using Lycan’s cloud-based motorcycle designer application to give riders a “straight-from-the-factory personalized motorcycle.”

“Lycan will soon let its customers design the motorcycles themselves easily and have the finished bikes delivered straight to the buyer's home,” he added.

The ability to customize your own unique bike in the style of Days Gone takes place before the bike is assembled, registered, and conveniently delivered straight to the buyer’s home wherever they are within the Philippines, reducing many of the headaches that comes with typical home garage modifications.

Lycan assures that the bikes will be straight-from-the-factory stock motorcycles, and will therefore be considered road-legal when it comes to paperwork.

Lycan also plans to use artificial intelligence, machine learning, and Internet of Things (IoT) to allow riders to communicate with their motorcycle through a smart helmet in the future.

Verbal commands using its proprietary LUNA A.I. smart voice assistant (similar to Apple’s Siri and Amazon’s Alexa), which will be installed in all of its motorcycles and other devices will allow riders to request navigation directions, perform hands-free dialing, remotely start its engine, and run motorcycle diagnostics.

According to Lycan, they want riders to “feel like Tony Stark inside his Iron Man suit with the smart helmet.” 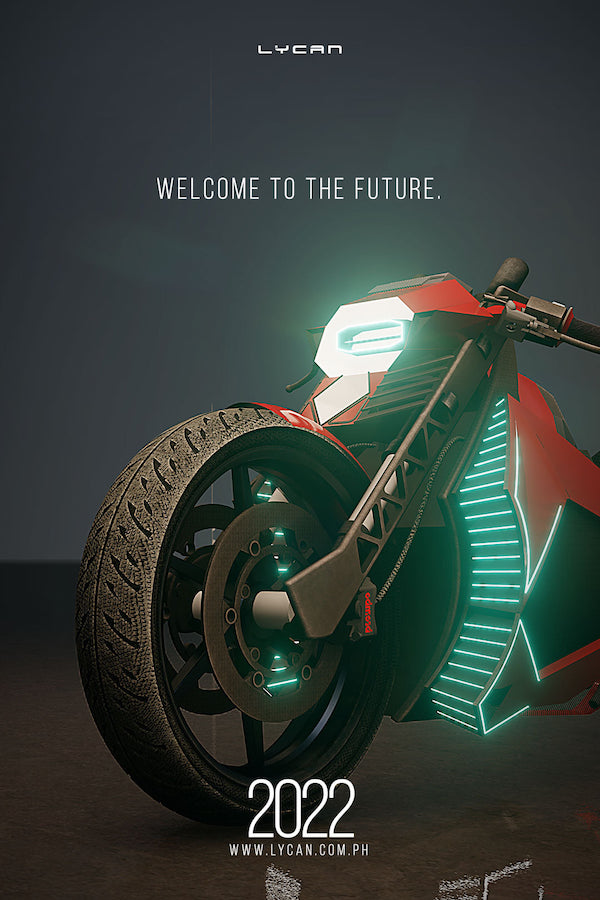 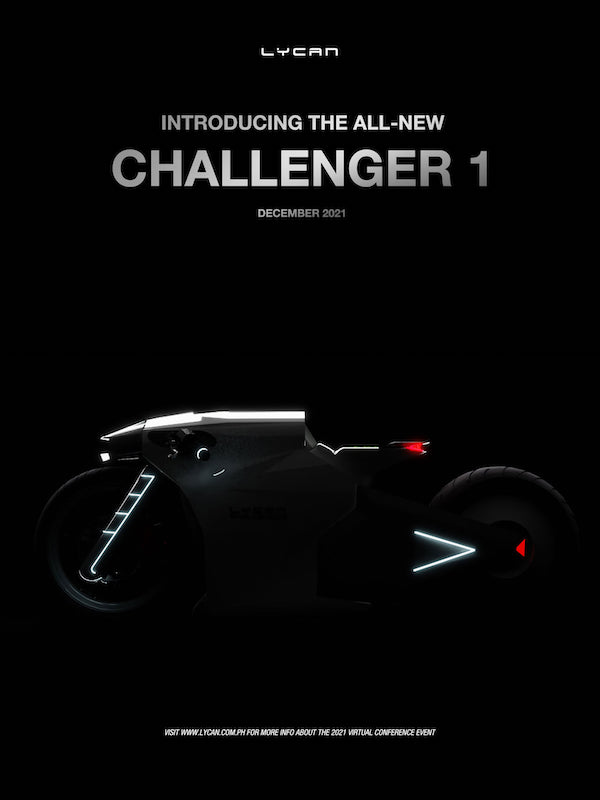 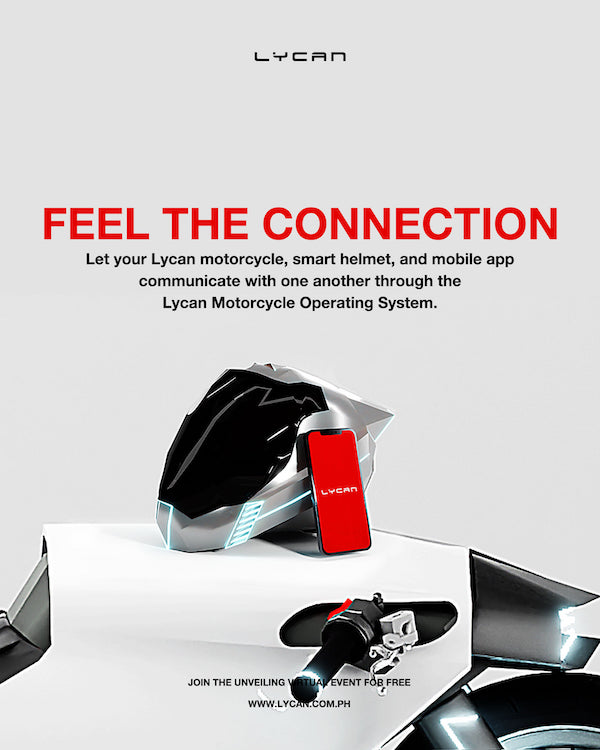 The technologies include a “smart helmet that has an adaptive display screen within its visor that displays a map, notification bar, and speedometer and built-in microphone and speakers to communicate with its LUNA voice assistant and with other Lycan smart helmet users using a dedicated frequency wave, and to make and take calls when a mobile device is connected.”

A downloadable mobile app will also be provided to manage and control all of the features and software across all Lycan products.

This December, Lycan will be unveiling its two original high-tech motorcycle model prototypes: the Lycan G6 and Challenger 1.

The G6 model is a modern cruiser motorcycle while its brother, the Challenger 1 model, sports a futuristic single-seater sports bike akin to its design from a Peregrine Falcon bird.

Both models will house a Lycan motorcycle operating system, its LUNA A.I. smart assistant, touchscreen dashboard display, and other high-tech features such as a voice-activated and biometric engine starter.

“Lycan's proprietary bikes for now, particularly with the G6 and Challenger 1, have a very niche market targeted towards enthusiasts and people who love the exclusivity feel” said Gangat.

While the specific pricing for the units have not yet been released, Lycan’s CEO says the units “will be affordable to many because Lycan will manufacture and distribute its own products, reducing middleman costs such as import taxes, logistical costs and dealership markups in the process.”

We hope to inspire not just the next generation of motorcycle enthusiasts, but to also motivate more people to innovate... and to prove that Filipinos are capable of doing great things when given the opportunity.

Mass production on the units is expected to begin by Q2 of 2022, while distribution will begin by Q4 of 2022.

To further introduce their unique motorcycle related products to the Philippine market, Lycan will be holding a free virtual conference event on Dec. 11, 2021.

“We hope to inspire not just the next generation of motorcycle enthusiasts, but to also motivate more people to innovate new ways of doing things through technology and to prove that Filipinos are capable of doing great things when given the opportunity,” according to Gangat.