Gamers are so accustomed to saving multiple worlds with their sheer powers alone. Whether it's facing a horde of the undead or being pitted against powerful bosses, there’s nothing to stop them from being heroes to overcome virtual adversity.

But real life does not have a quest list and a linear storyline to follow. Unlike video game opponents, the world is facing an invisible enemy right now with no health bar to determine how many hits it must take before people can freely celebrate together without the need for social distancing.

As the COVID-19 crisis stays at its peak, along with the lack of action from the authorities to flatten the curve, Filipino indie game developers took it upon themselves to bid "game over" to the pandemic that’s currently holding the country by the neck, in the way they know how – through video games.

Get to know the Filipino indie game developers and their games made to spread knowledge and understanding about the ongoing COVID-19 pandemic, and how to solve it in-game.

In The Time of Pandemia proves that mass testing is key 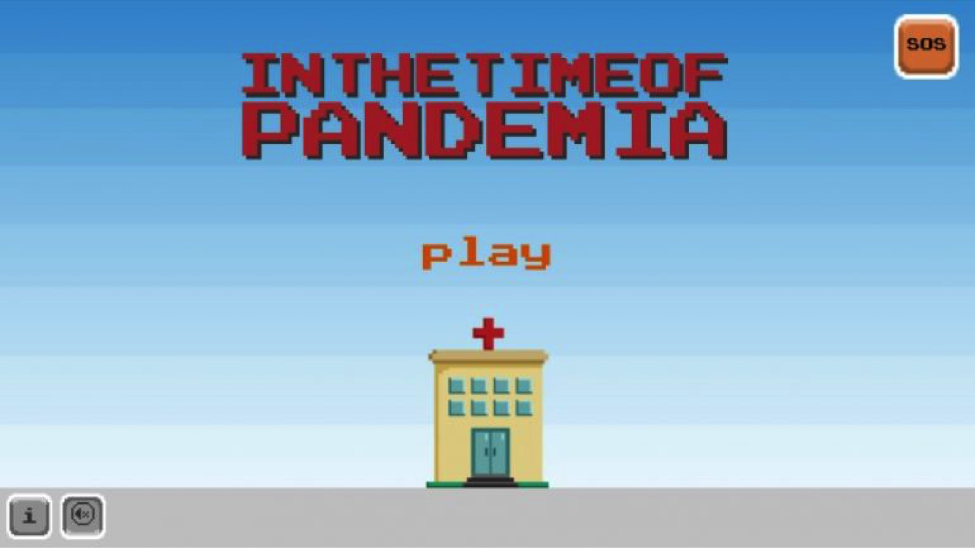 Created by Cebu-based programmer Khail Campos Santia along with a small team of two artists, three composers, and a UP mathematical epidemiologist, the COVID-19 PC-web simulation game In The Time of Pandemia puts players in the role of a crisis manager of a community gripped by the pandemic.

The players’ main mission is to loosen the grip that the pandemic has on the town by doing five essential actions: Buying test kits, mass testing, isolation, lockdown, and treatment of the infected.

To beat the game, players must accomplish three intertwined goals.

“The first (goal) is to minimize deaths. The second, to keep down the incidence rate. And third, to spend public funds as efficiently as possible,” said Santia in an interview.

Reflecting the statement of World Health Organization director-general Tedros Adhanom Ghebreyesus, In The Time of Pandemia urges the message to do mass testing and contact tracing as the "backbone" of the global response against the pandemic.

“You can’t fight a virus if you don’t know where it is,” the director-general said in a press conference last March. “Find, isolate, test and treat every case to break the chains of transmission.”

To keep In The Time of Pandemia parallel to the current public health crisis, Santia said that the majority of their play testers include medical professionals who also lend a helping hand in developing the game.

As for the reason why he decided to create a COVID-19 simulator, Santia said that they aim to address the lack of a fully interactive simulation in the public discourse on COVID-19.

"As we open up restrictions towards the new normal, it's as timely as ever for this kind of game-based communication as it's designed to help promote observance of health protocols, increase public understanding of pandemic management, and gather additional support for desperate communities," he said.

In The Time of Pandemia is now playable at Newgrounds.com

Ending the pandemic in a fun way with Lockdown Hero

Developed solely by Jergs Correa, a Filipino 3D animator that goes under the pseudonym "Brick Geek Games,"  Lockdown Hero is a 3D open-world adventure that makes the players don their usual hero cape and go on quests to help neighbors, defeat viruses using alcohol, and save the world from doom caused by the COVID-19 pandemic.

Apart from being the hero that everyone needs during the ongoing health crisis, the game offers an array of features such as dungeon-crawling, farming, car driving, ball games, character customization, shopkeeping, and even memes to keep players busy and preoccupied in fending off the virus while keeping the people safe.

“This is a fresh take, a multi-genre, never-before-seen kind of open-world adventure where a lot of things can be done,” said Correa in an interview. “It’s a combination of different genres in one game.”

Correa also takes pride in having developed Lockdown Hero in five weeks. His 9-year-old daughter also took part in the development by being the voice actor and beta tester.

Although his long experience as a 3D animator built the foundation for the software transition, he still had to continuously study on how to build the game from scratch with the help of YouTube tutorials and experimentation.

“It’s my first game ever and I worked alone and that’s the challenge,” he said. “Up until now I’m still learning new things.”

Lockdown Hero is now available on mobile via Google Play and PC through Steam for P399.95. The game gets new updates every week!

TAGS: Indie Games In the Time of Pandemia Lockdown Hero