Style Living Self Celebrity Geeky News and Views
In the Paper BrandedUp Hello! Create with us
BANGTANTV/BTS Island: In the SEOM YouTube Channel

With the sudden news of BTS concentrating on their solo projects (not disbanding!), it's understandable that some members of the ARMY are feeling a bit emotional and worried.

Sure, fans were comforted with the release of the anthology album Proof with a nostalgic and hopeful music video for the lead single Yet to Come (The Most Beautiful Moment) and even appeared on several music shows in South Korea to promote the song.

#BTS (#방탄소년단) 'Yet To Come (The Most Beautiful Moment)' Special MV @ BTS Island: In the SEOM
(https://t.co/Muvtk6UsFH)#YetToCome #BTSisland #IntheSEOM #인더섬

Apart from that, fans were entertained with numerous photos, videos and interviews as part of 9th FESTA celebration.

Just last Monday, June 20, BTS released a special music video for Yet to Come featuring the characters of their upcoming video game BTS Island: In the SEOM that will be available for download this coming June 28. Two days after its release, the MV has amassed over 3.9 million views as of this writing and counting.

Need a new game to play to fill the void in your ARMY heart? Here's all we know about the upcoming mobile game so far.

The game is inspired by 'In the SOOP'

BTS Island: In The Seom is partly inspired by the 2020 healing staycation show In The SOOP, where RM, Jin, Suga, J-Hope, Jimin, V and Jungkook spent a few days just chilling and relaxing in a lakeside property.

In the series, filmed during the height of the pandemic, the members were able to do their hobbies without the pressure of dealing with work schedules. At the time, all they had to worry about was what to eat for breakfast, lunch and dinner.

The adorable special music video features the BTS Island: In the SEOM avatars in a desert island wearing the same outfits BTS wore in the original music video.

As the group continues to walk together, they come across a mystical bottle with a tiny island inside. An astounding purple whale (representing ARMY) suddenly appears and together, they reach BTS Island.

Missing BTS? These tourist spots in South Korea are perfect for your ARMY needs

It's a puzzle game created for "healing and relaxation"

BTS Island: In the SEOM is categorized as a puzzle game for mobile platforms, set on a blissful island designed by BTS members created for "healing and relaxation."

As the characters settle in the seom (the Korean term for island), each member can be seen enjoying various activities: J-Hope flying his glider plane, Suga playing the piano, RM peacefully reading a book under a tree, Jimin happily playing catch with a cat, V taking polaroid selfies while chilling in a hammock, Jungkook painting the magnificent view and Jin patiently fishing and getting excited when he finally caught something. 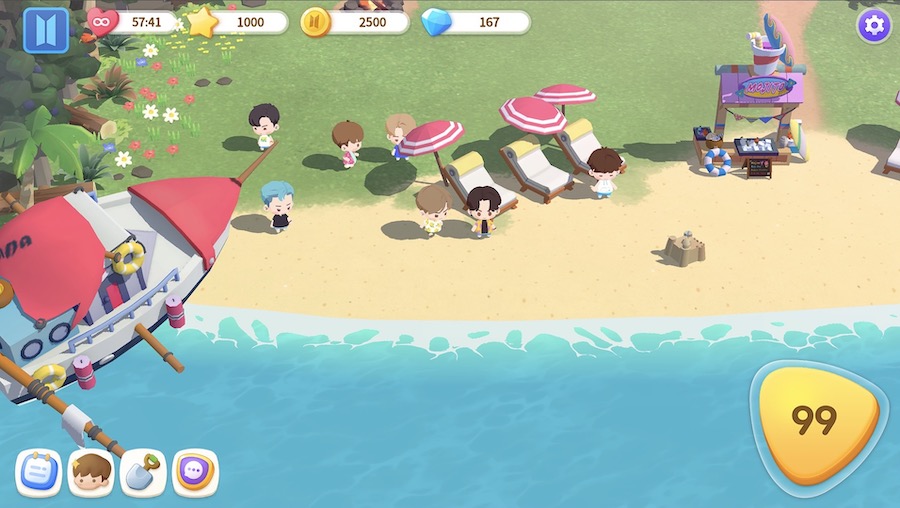 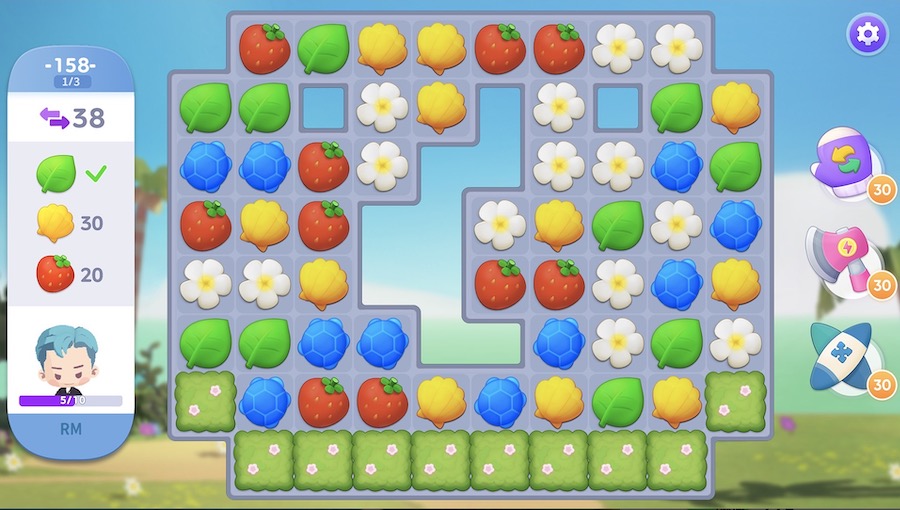 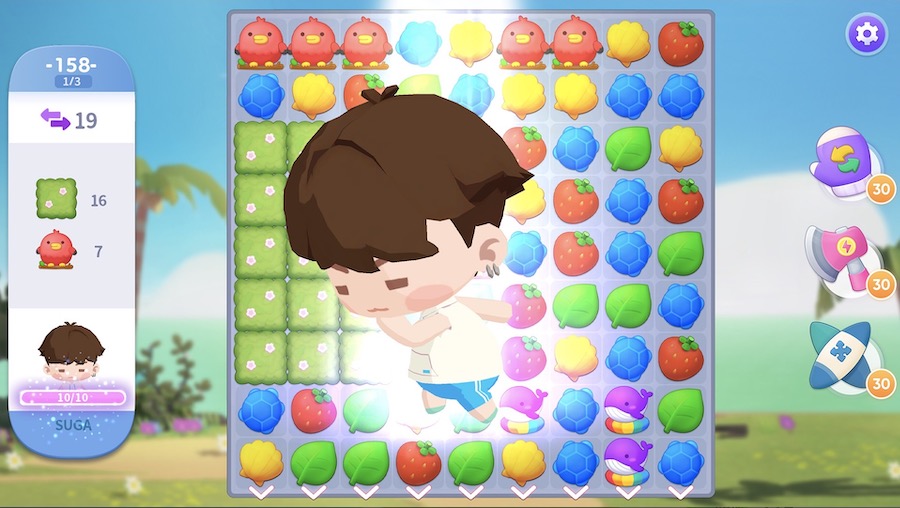 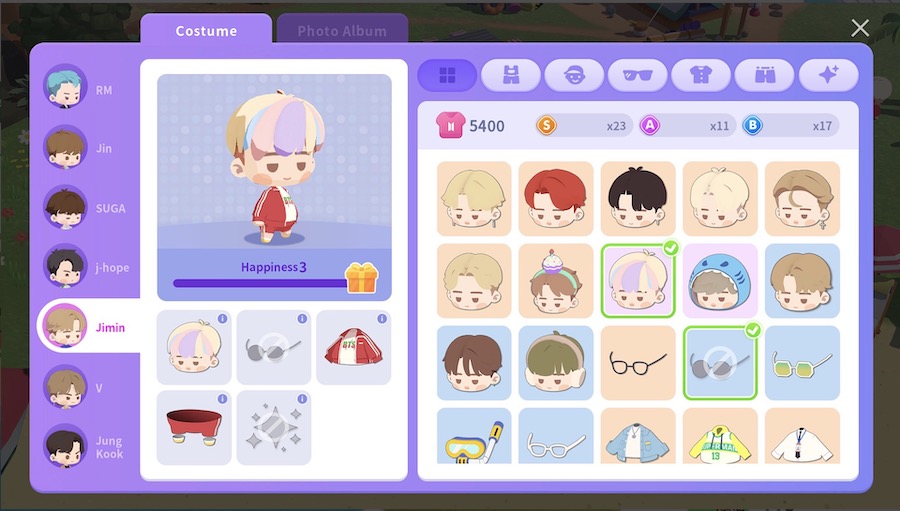 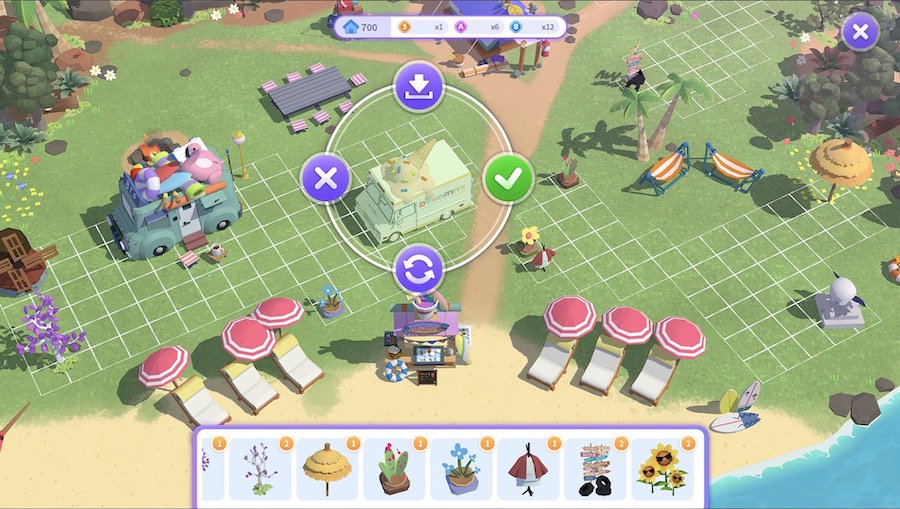 In a way, the journey of BTS from the desert to the island with the purple whale signifies the new chapter two of BTS’ story.

BTS was hands on in the game development

Surely, fans of the group are excited to play with the seven characters virtually, especially since the members were very hands on during the development of this game.

V, JungKook, Jimin, Suga, Jin, RM and J-Hope all had a hand in designing the game from its inception, from the title In the SEOM, logo, and character design, down to the soundtrack, according to the game’s website.

Not only did the guys help develop each of their characters to accurately capture their own personalities, but they also had creative control over the game’s story, art, and puzzles. Lots of little details in the game were shaped by the BTS members themselves to make it more enjoyable for fans.

The new avatars introduced in BTS Island: In the SEOM are a welcome addition to other characters linked with BTS.

BT21 are the characters created by the members in collaboration with Line Friends that started in 2017, while the Chibi-like BTS characters named TinyTAN were introduced in 2020.

Here’s a sneak preview of BTS Island: In the SEOM video game:

For more information, you may visit the official website at https://bts-island.com/en/

TAGS: BTS Yet To Come BTS Island In the SEOM