Following the huge success of Netflix's Squid Game, writer-director Hwang Dong-hyuk has spoken about the possibility of a second season.

"I don't have well develop plans for Squid Game 2," Hwang told Variety in an exclusive interview. "It is quite tiring just thinking about it. But if I were to do it, I would certainly not do it alone. I'd consider using a writers' room and would want multiple experienced directors."

The writer-director said that he may return to making feature films first before the sequel. His writing and directorial credits include the 2011 sexual abuse film Silenced, the 2017 historical flick The Fortress, and 2013's comedy-drama Miss Granny.

Currently, Hwang is working on a draft for an inter-generational war film KO Club, short for Killing Old Men Club.

ICYMI: Carlo Aquino was supposed to appear as ‘Ali’ in ‘Squid Game’

Hwang wrote the show's first season—consisting of nine episodes—by himself, taking inspiration from Japanese comics and animations like Battle Royale and Liar Game. He shared that he found writing the Netflix hit series difficult as he was more used to writing films.

"Writing [Squid Game] was harder than normal for me as it was a series, not a film. It took me six months to write and rewrite the first two episodes. Then I consulted verbally with friends, and picked up clues for improvements through my own pitching and from their responses," he said.

In the interview, he brushed off criticisms accusing him of borrowing too much from movies like the 2012 young adult dystopian blockbuster Hunger Games and the 2014 Japanese film As the Gods Will. 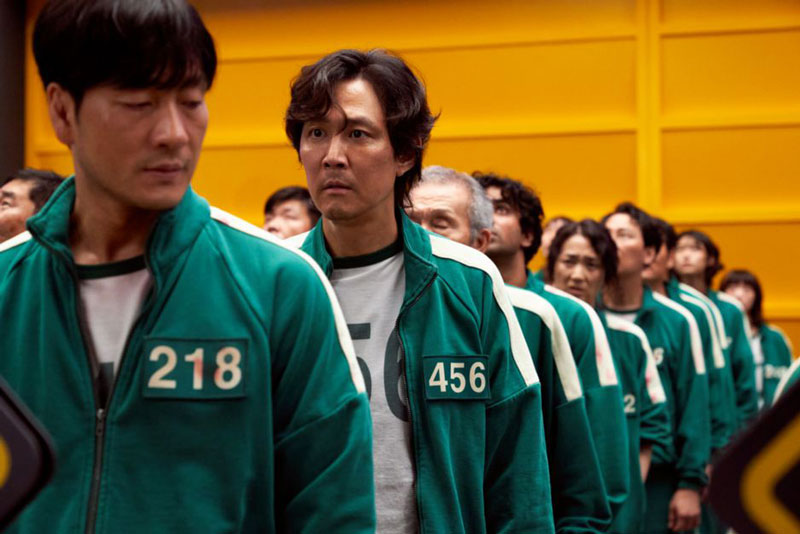 "When I started, I was in financial straits myself and spent much time in cafes reading comics including ‘Battle Royale’ and ‘Liar Game.’ I came to wonder how I’d feel if I took part in the games myself. But I found the games too complex, and for my own work focused instead on using kids’ games.”

He shared that he wanted to write a story with characters people have met in real life.

“I wanted to write a story that was an allegory or fable about modern capitalist society, something that depicts an extreme competition, somewhat like the extreme competition of life. But I wanted it to use the kind of characters we’ve all met in real life,” Hwang said.

"As a survival game, it is entertainment and human drama. The games portrayed are extremely simple and easy to understand. That allows viewers to focus on the characters, rather than being distracted by trying to interpret the rules.”

This local studio dubs Netflix shows in Filipino, from 'Don't Look Up' to 'Army of the Dead'