Attention Potterheads! No more tapping a brick wall behind the Leaky Cauldron pub just to enter the magical world of Diagon Alley – where wizards and witches purchase potions and Hogwarts students stock up on cauldrons, broomsticks, wands and other school supplies. 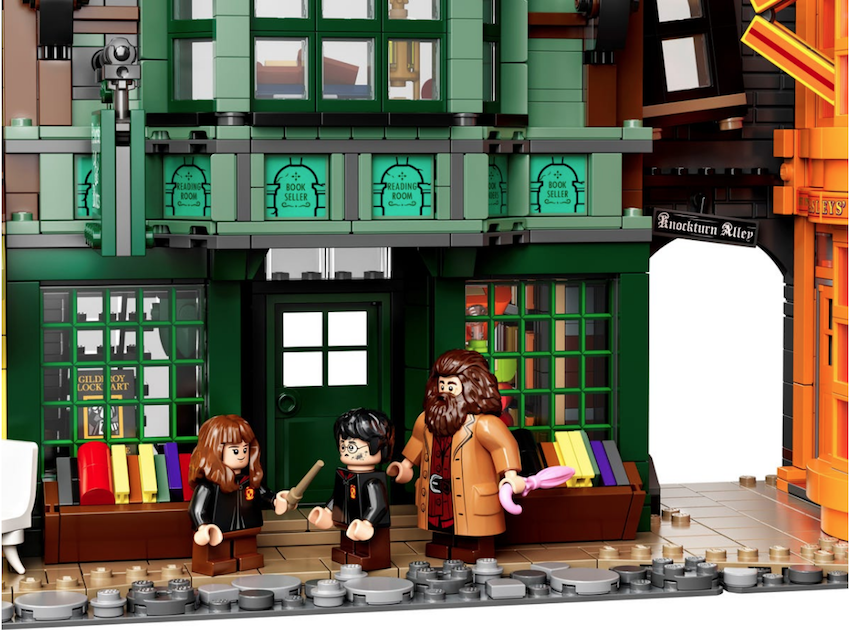 Aside from the shops, there are 14 mini figures in total within the set. There’s the trio of Harry Potter, Ron Weasley and Hermione Granger, along with Hogwarts mainstays Draco Malfoy, Ginny Weasley, Molly Weasley, Ollivander, Fred and George, and Hagrid. It also comes with four new mini figures, exclusive characters not found in any other LEGO set: Gilderoy Lockhart, Florean Fortescue, Lucius Malfoy and the Daily Prophet photographer.

The film-accurate model of London’s most magical secret shopping street captures even the most intricate details from all eight Harry Potter films, from the shops, merchandise, and even the window displays. It can be built four different ways, including closed into a real alley, and will be compatible with the LEGO® Modular Buildings series. 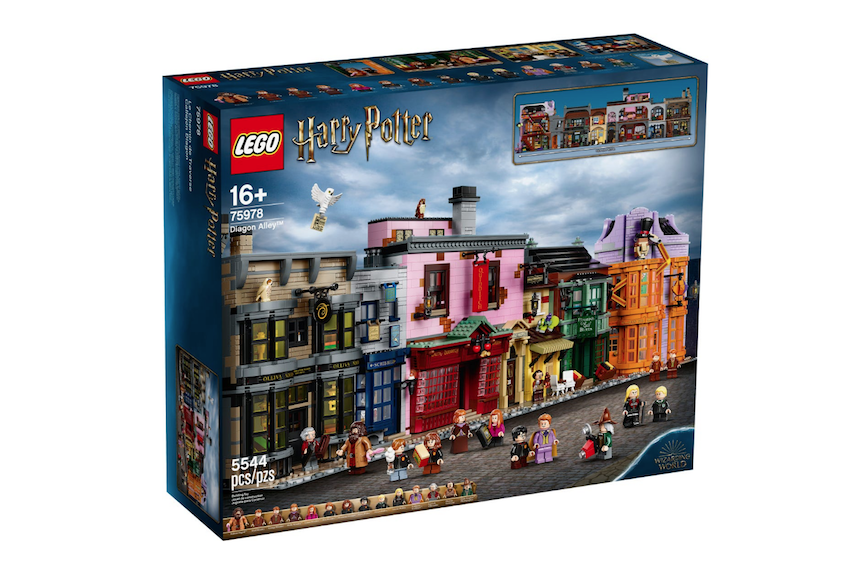 The Diagon Alley set was designed by James and Oliver Phelps, real-life twin brothers who portrayed the Weasley twins on-screen in the highly successful film franchise.