There have been many exciting reveals during last weekend's DC Fandome mega-event of the year, but what truly capped off the proceedings was the instant hype-train generated by the teaser trailer for Matt Reeves'The Batman.

It had drama, it had action, it had Batman (Robert Pattinson) beating a thug with a vengeance-fueled rage... basically everything we hoped and dreamed of for every film outing of the iconic comic book character. There was also mystery – and riddles! Yes, the Riddler (Paul Dano) will play a huge part as the film's seemingly main antagonist.

At the beginning of the trailer we see Commissioner Gordon (Jeffrey Wright) opening a greeting card found at a crime scene with the handwritten message, "What does a liar do when he’s dead?"

On the facing page, just below the card's printed message, are two rows of hand drawn symbols. That piqued the interest of fans who no doubt saw it as a clue/code begging to be cracked.

Twitter user Mike Selinker (@mikeselinker) did just that. Using the power of brute force explained via a 12-tweet thread. 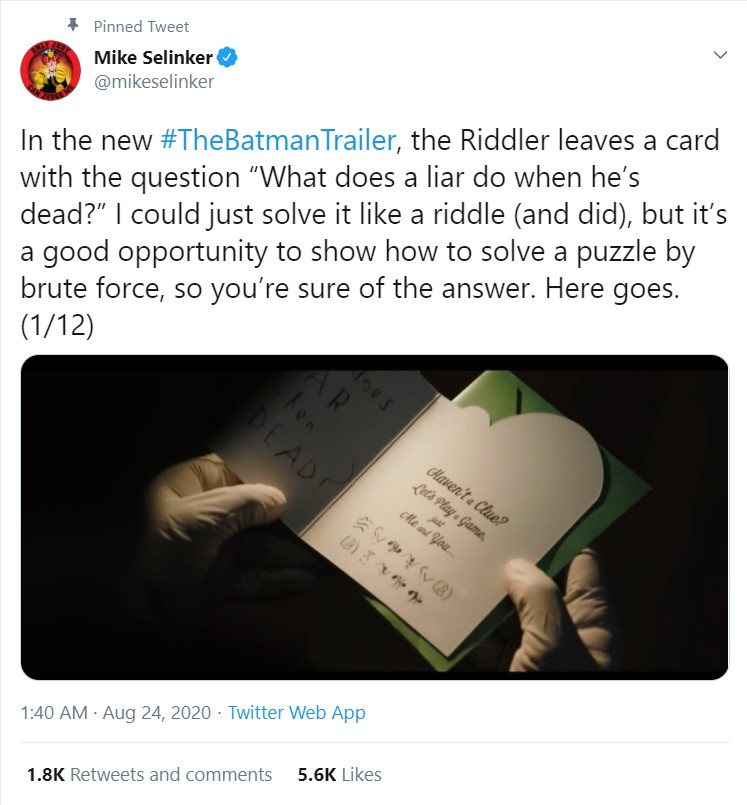 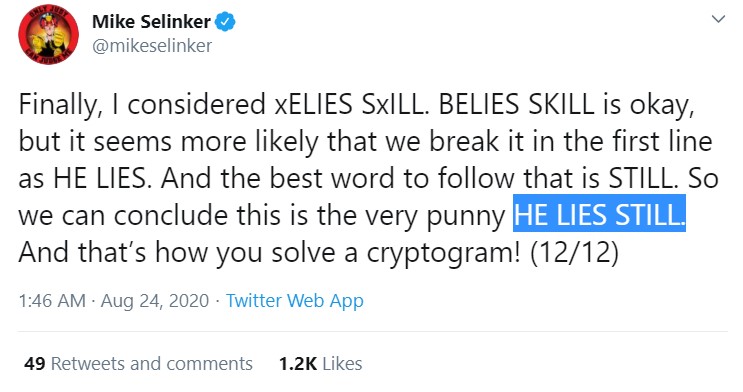 The answer is "He lies still." It's what's expected of the Riddler to deliver simple yet hair-pulling ways to solve riddles, and in this case the fans are on to him. Will Batman be the same? We'll all find out when The Batmanarrives in theaters sometime in 2021.

The Batman also stars Zoë Kravitz as Catwoman and Andy Serkis as Alfred Pennyworth. Check out our previous coverage of the trailer reveal here.