After years of waiting, re-reading, speculating and re-speculating, Bridgerton has finally arrived on Netflix. And I, as an avid reader of the Julia Quinn penned series, shall be happy to serve as your guide to tell you why, like the rest of the ton, the spectacle is worth a watch.

Bridgerton, the new historical romance series to make its way to Netflix, produced by Shondaland (Grey’s Anatomy, Scandal) and Chris Van Dusen, is more directly an adaptation of the first book in the series, Duke and I.

The story primarily follows Daphne Bridgerton (whom Phoebe Dynevor plays perfectly), the fourth of eight Bridgerton siblings on her very first London season. Pressure is high, as she was declared by Queen Charlotte as the season's Incomparable, a diamond of the first water. This is when a gossip writer by the name of Lady Whistledown (voiced by Julie Andrews) begins to release a weekly sheet, sparing no names under initials and leaving the ton of London society quite enthralled.

Simon Basset (our new favorite Duke, Regé Jean-Page), the Duke of Hastings, would like nothing more than to have nothing to do with any of society, but he somehow finds himself being hounded after by the ambitious mamas, who would want nothing more than for their young daughters to marry a duke. Daphne and Simon decide that it would be a smart idea to pretend to form an attachment, and both are sure that nothing could possibly go wrong.

But I'm sure you already know what happens there.

Before we continue with the review, some warnings on the series itself; much like the novels, there is sex on screen (in the most delightful way, most of the time), there is a scene with substance abuse, a woman depicted dying of childbirth onscreen in episode two, and a sexual assault scene in episode six, with very dubious consent.

From the first scene, of the Bridgertons getting ready in their lovely white and blue front room, and the debutantes lining up in varying heights of feathers, you know straight away that you are watching a less-than-historically accurate show, but a visual feast regardless. Every design and costume detail seemed to be thought out, from the hyacinths growing in front of Bridgerton house, to the completely different themes per ball or gala event that the characters are made to attend.

You are immediately thrust into a fantasy regency world—where grass is greener, the gowns are in every lovely color imaginable, and that all the faces in society come in varying colors and races.

It was refreshing to see a wide variety of people in a world that would have easily excluded them, and we are constantly reminded that this is part of the fantasy thanks to Vitamin String Quartet covers of songs like Ariana Grande's Thank U Next, or Taylor Swift's Wildest Dreams at the most appropriate moment.

The historical romance genre being what it is, with all its problems and gatekeeping for "historical accuracy," I am happy that the show was bold enough to eschew that and do what they wanted, all to give us these visual delights.

An interesting point raised (and would have totally missed, being unaware of English history), is that, Bridgerton is a historical speculative romance as well. By bringing in the character of Queen Charlotte (Golda Rosheuval makes for a fine rival against Lady Whistledown), Bridgerton imagines an alternate history in which the ton would be more inclusive. While the thought is highly appreciated, the addition is mostly on a surface level basis. In the end, the secondary POC characters still get "punished" for their actions, which makes one wonder if it couldn't have benefited from a Hamilton-esque approach.

The old, the new, the borrowed, the blue

As the series is currently an adaptation of The Duke and I, it is important to keep that in mind as you watch the Bridgerton brothers, Anthony, Benedict, and Colin. These men are supposed to be romance heroes, book heroes. But at the moment, they are still in their own stories' prequels, so they are bit hard to recognize.

Anthony especially, is a lot more resentful, hateful, immature, and basically a huge jerk in the first half of the series. But once you get past that, and reach the end of the first episode, it becomes a lot more entertaining to watch. Benedict gets a big glow up on the show, with tender moments with Eloise while he starts to explore his sexuality outside the watchful eyes of the ton.

When it comes to Daphne and Simon's story, the adaptation is quite faithful, giving us many, many delicious moments between our two main characters on screen. Both Daphne and Simon have very obvious on screen chemistry (please direct your attention to Simon licking a spoon in episode four), and every scene with them together makes ones cheeks hurt from the kilig and the smiling.

What Bridgerton succeeds the most in, is that it is able to make the audience sympathize with such a wide cast of characters.

Even with one of my favorite courting scenes absent (I miss the scene where Anthony and Simon fall into the Thames), I still believed in and rooted for Daphne and Simon to get their happily ever after.

In episode five, "The Duke and I", Simon makes a case for his love for Daphne by declaring her his best friend, and it's not a lie at all. The friendship they establish is wonderful to watch, and feels like the slowest of burns.

What Bridgerton succeeds the most in, is that it is able to make the audience sympathize with such a wide cast of characters. The numerous Bridgertons aside, plus the show's enormous cast still allows room for the audience to invest in the other characters too. These characters make bad, immature, sometimes, really stupid choices, but you understand them, even if you do not feel sorry for them (looking at you, Anthony Bridgerton).

We want Sienna to just leave Anthony and have the best life ever, we want people to see Penelope Featherington (played by Nicola Coughlan, master of the art of the Look of Love) even if her actions aren't agreeable. We want a Queen Charlotte, Lady Whistledown showdown. Lady Danbury is given the appreciation she has always deserved. Even with the little screentime they are given, every cast member has a moment to shine, and it makes you all the more drawn in when scandal breaks.

When Shondaland announced that they were starting production on a Bridgerton series, fans were the most apprehensive of the Duke and I, where in Chapter 18, Daphne undoubtedly sexually assaults Simon in his sleep. As the series was written 20 years ago, it was a definite choice on Bridgerton's part to still go down that route, but now the scene has major changes.

In episode six, "Swish," Daphne realizes that Simon was actually lying when he said he "cannot have children." He does not, as she thought, have a physical impediment, but was taking advantage of her lack of knowledge to still have sex with her. Daphne grapples with this information for several scenes, before Simon leads her to another round of lovemaking in bed. Daphne takes control of the situation by positioning herself on top, and despite Simon's protests, he comes inside of her.

While it is a "less severe" version of events, Simon's consent still was not present. It's one of the conundrums of Bridgerton as a series. The characters do some truly horrible things and make very questionable life choices, and yet you still understand why they feel as if they had no other choice.

I am in no way defending Daphne's choice, or the show's (because it could easily have been altered altogether), but I do feel there could have been more to be done to process Daphne's actions. Making the choice to show rape onscreen is delibrate in 2020, and would have worked better thad there been acknowledgement of the horror of the deed.

Bridgerton does as it promises—take you for a turn around the ballroom and dance with your emotions, leaving you in raptures, and speaking in a ton accent for the rest of the day.

But aside from a missive from Lady Whistledown ("Desperate times may call for desperate measures, but I would wager many may think her actions beyond the pale. Perhaps she thought it her only option. Or perhaps she knows no shame. But I ask you, could the ends ever justify such wretched means?”) referring to both Marina and Daphne, not much is done after to process what happened. It displays the shows greatest weakness—attempting to say that it is more than what it is, when what it is, is already perfectly fine. 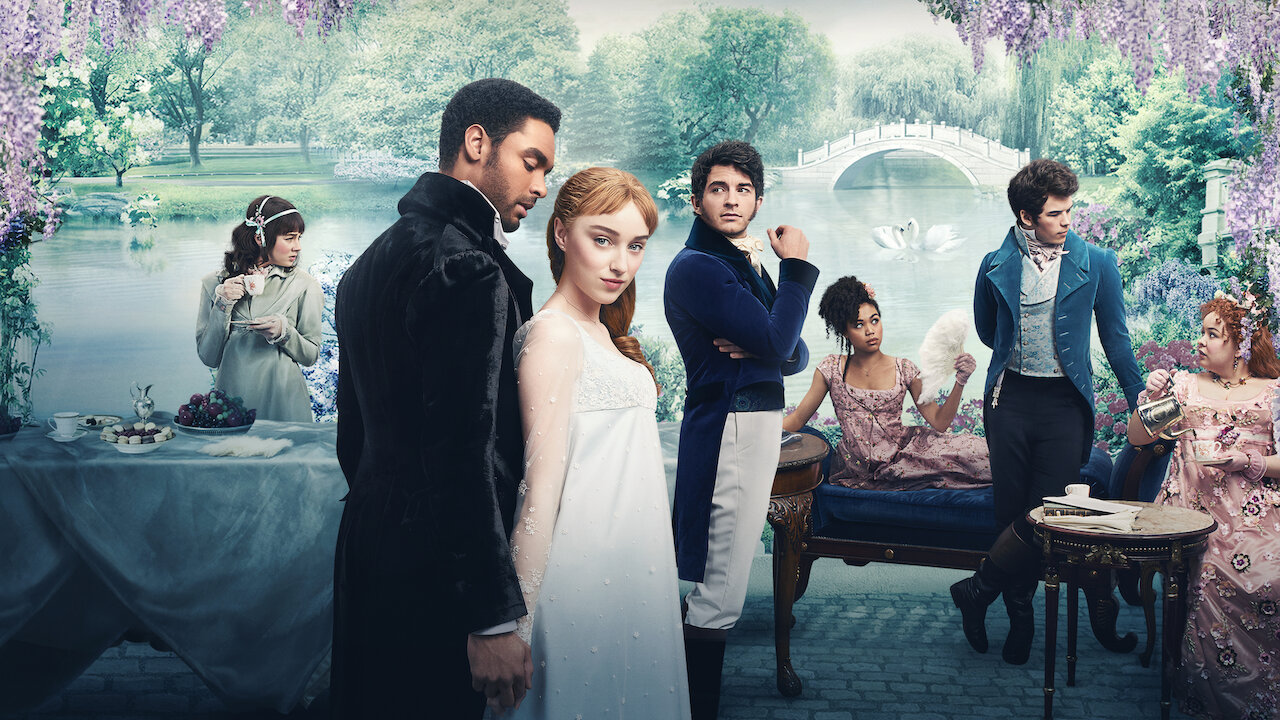 That being said, I thoroughly enjoyed my viewing of the show, and have high hopes for a season two announcement in the near future.

While some characters end exactly where you expect them to, others seem to be going in a different direction, and I think it will be all the more interesting for it. And with that reveal at the end, how could they not?

Bridgerton does as it promises—take you for a turn around the ballroom and dance with your emotions, leaving you in raptures, and speaking in a ton accent for the rest of the day. Which is why fans and new viewers alike will end up binge watching the show.

Also, was Prince Freidrich a nod to Prince Alexei from What Happens in London? I would like to think so.

Carla de Guzman writes contemporary adult romance with #romanceclass. Her latest book, 'Sweet on You,' is a Filipino Christmas romance published by Carina Press. You can find her on Twitter and Instagram as @carlakdeguzman.