During its first ever virtual-only product launch event, Apple recently took the wraps off its new Watch Series 6 and SE, redesigned iPad Air, One subscription service and Fitness+, and last but not the least, the long-awaited iOS 14 that promises to be the latest and greatest software update yet.

With the release of iOS 14, Apple is giving iPhone users access to all new features and functions they couldn't previously do on their smartphones.

The Cupertino, Californa-based tech company usually times a software update to coincide with the release of a new series of iPhones, but this time, only the software update is here to take the spotlight.

Still, it’s amazing to know that as new as this operating system is, it is optimized to run perfectly on older iPhone models. Even devices that go way back to 2015 are still included in this update. Here’s the official list of compatible devices for a more detailed look:

Now, on to the good stuff. iOS14 will bring a fresh new look to tasks and things that users do most often, focusing on improving the experience that becomes more intelligent, personal and private. Here are some of the new features and improvements revealed during the announcement:

Widgets, a feature once only available in Android, gets a fresh revamp on iPhones, courtesy of iOS 14. In the Home Screen, widgets now come in a variety of sizes, new attractive designs and colors, and can now display more info so users will only need a quick glance to keep posted. There’s a special Widget Gallery where users can choose which widgets they find useful. A Smart Stack allows users to keep widgets based on the most-used apps. 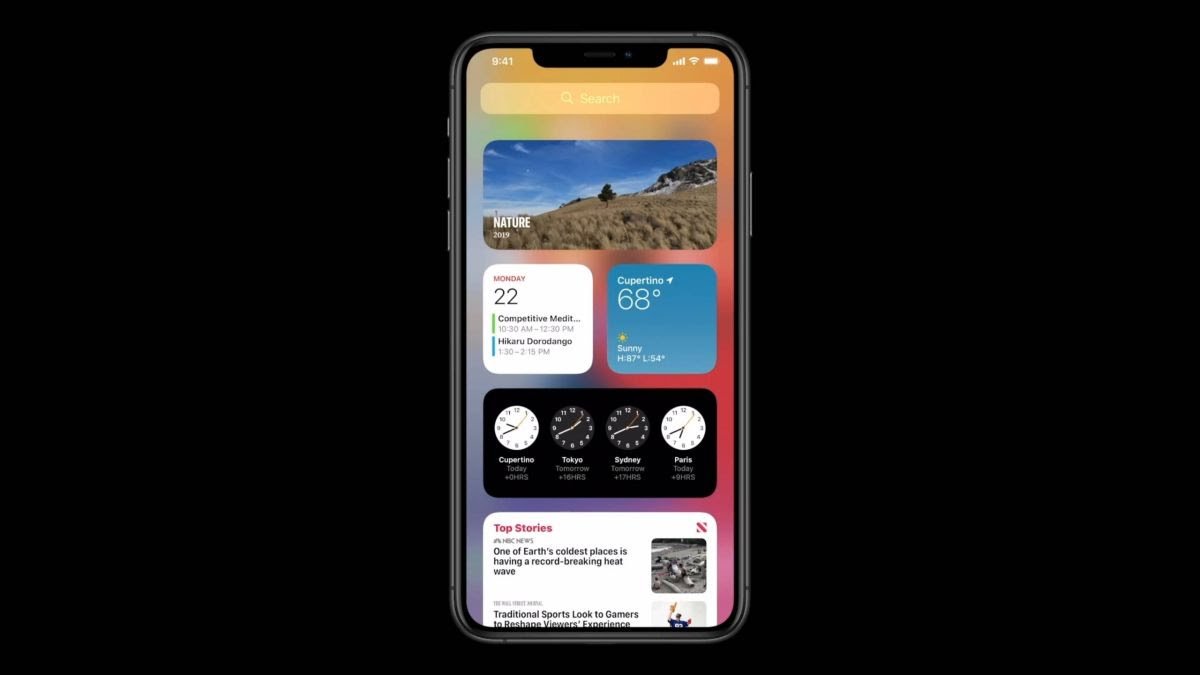 The new App Library sorts and arranges all of the apps into one easy-to-navigate view. Apps are sorted according to category. Social media apps are now bundled into one folder, gaming apps into another, productivity apps get their own folder etc. And iOS14 keeps tabs on favorites and most used apps so they stay within easy reach. 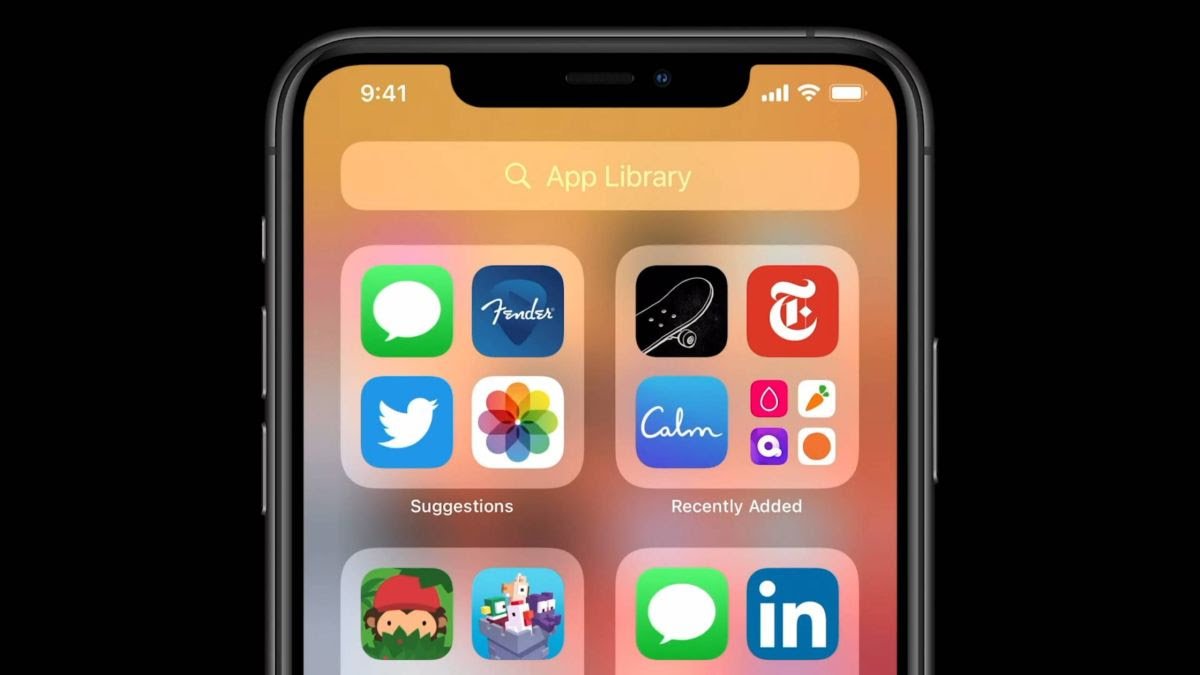 When answering a call on your iPhone, FaceTime or other third-party apps, the notification will only appear on top of the screen, rather than taking up the whole display space.

The picture-in-picture functionality allows you to continue watching videos or calling via FaceTime even while using another app. Should a message pop up while in the middle of a show, you can reply without interruption. 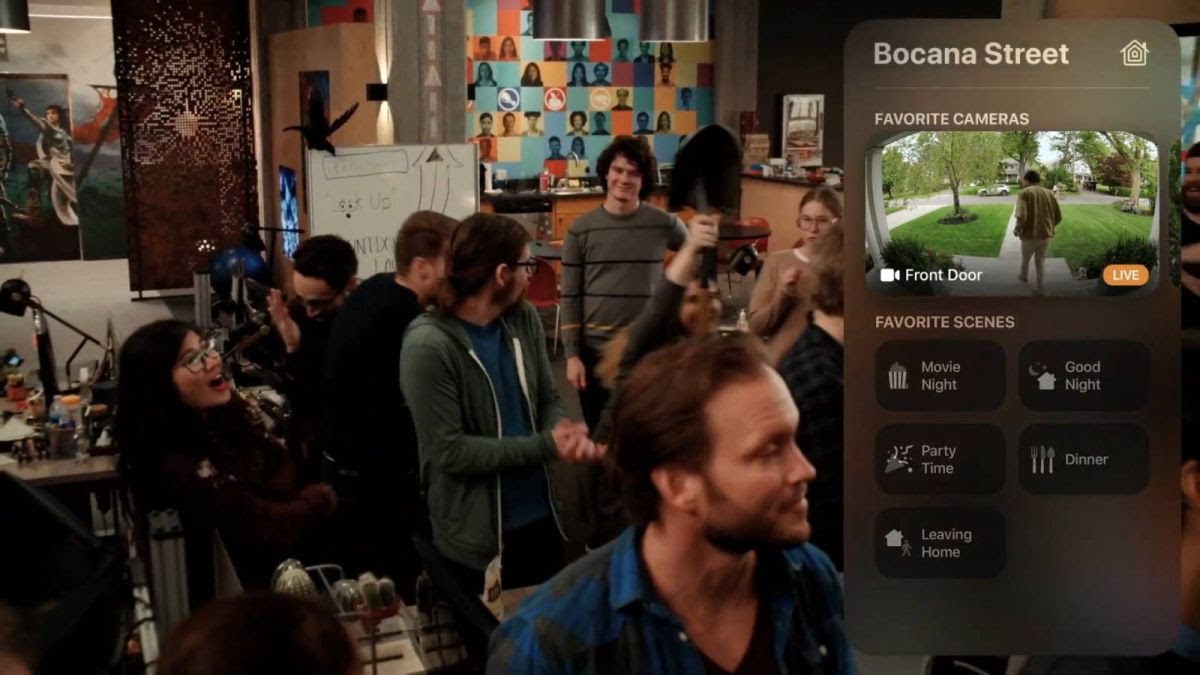 Another new feature is the Back Tap; a kind of shortcut that lets you shuffle through phone menus just by tapping the rear of the handset. It can be set in two or three taps, and the shortcut can be simple tasks like taking a screenshot or changing the volume.

This allows users to use an app without downloading the hefty program files that come with it. The lite and fast version of the app pops up from the bottom of the screen where you can use some of the features of the app, without having to download it at the App Store. 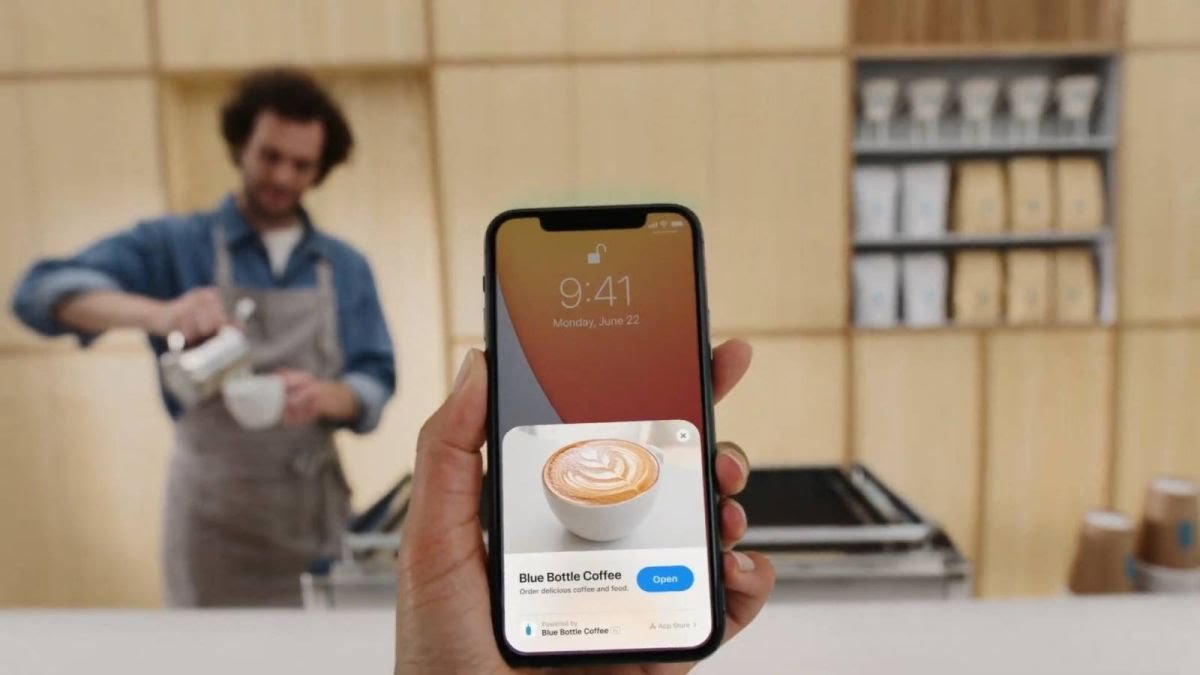 There are a couple of new things down in Messages to make keeping in touch much easier. Pinned Conversations allow you to pin up to nine of the most important conversations in the conversation list. Group convos have new visual identity because you can add a photo, memoji or emoji. With Mentions, your name gets highlighted with every mention, and you can customize an active group so you only get notifications if you get mentioned. With Inline Replies, you can reply directly to a specific message in a conversation, replies can be viewed in full or as their own sub thread. And finally, there are over 20 new hair and headwear styles in Memoji to reflect your style, hobby or personality. 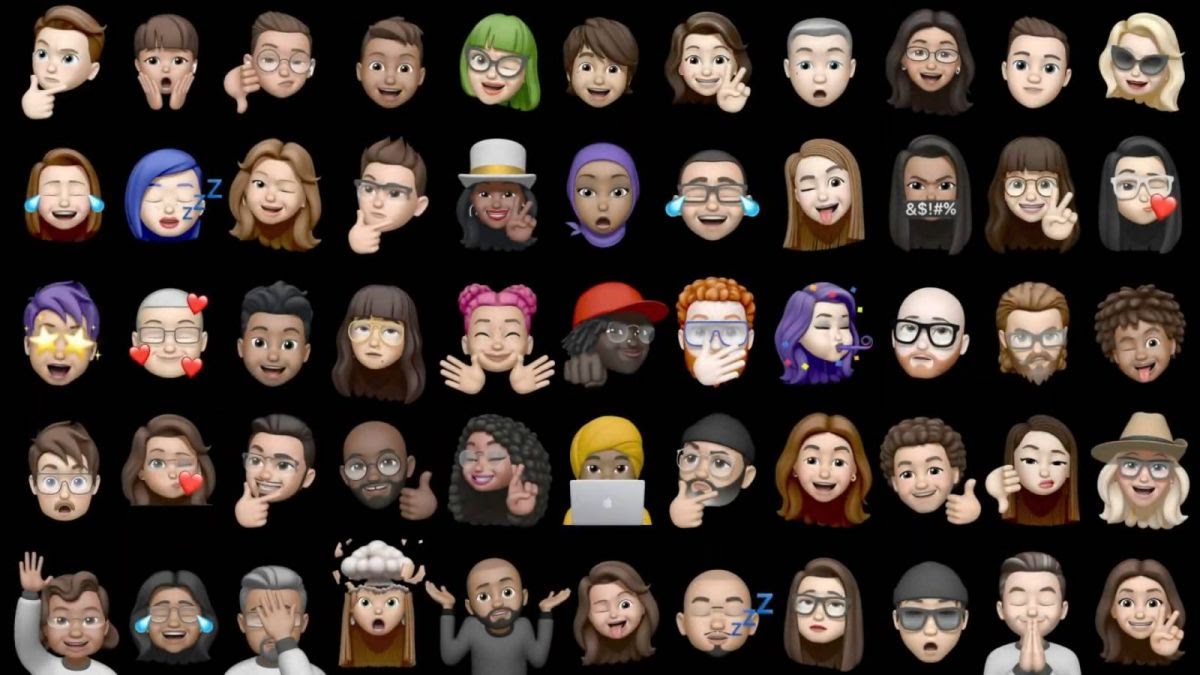 The updated Maps in iOS 14 will now display cycling directions, paths and roads, as well as show elevations, streets, stairs and steep passages. If you’re new to an area, Maps will show Guides that feature great places around the world to eat, shop, and explore. 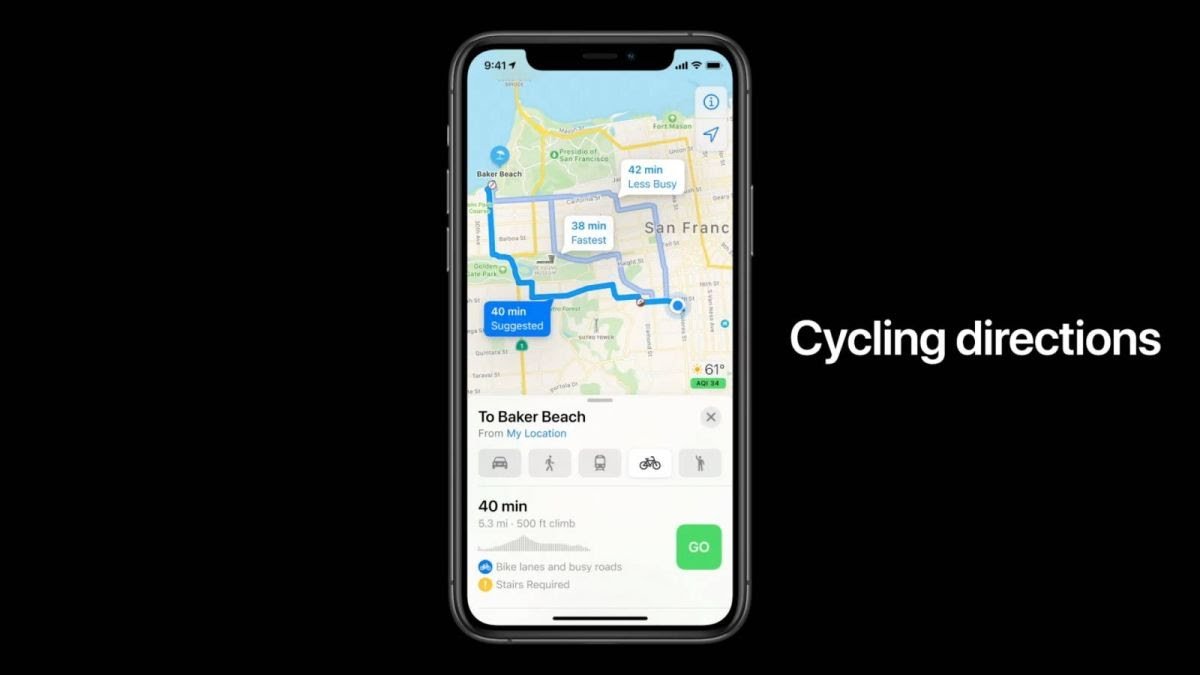 Siri has been redesigned in iOS14 and will now take up a smaller space at the top of your screen. Siri will also provide more accurate translations than before, and it can now send audio messages for the first time too.

Conversations, even between multiple languages, can now be done easier thanks to the all-new Translate App that can recognize 11 languages. Just turn your iPhone into landscape, tap the single microphone button and say something. Enlarged text is displayed on screen for easier reading. Translate can also be used offline so you can use all the app features of your downloaded language. An automatic detection function detects which language is being spoken. Translations can be saved under the Favorites tab, as well as the recent history and saved phrases. 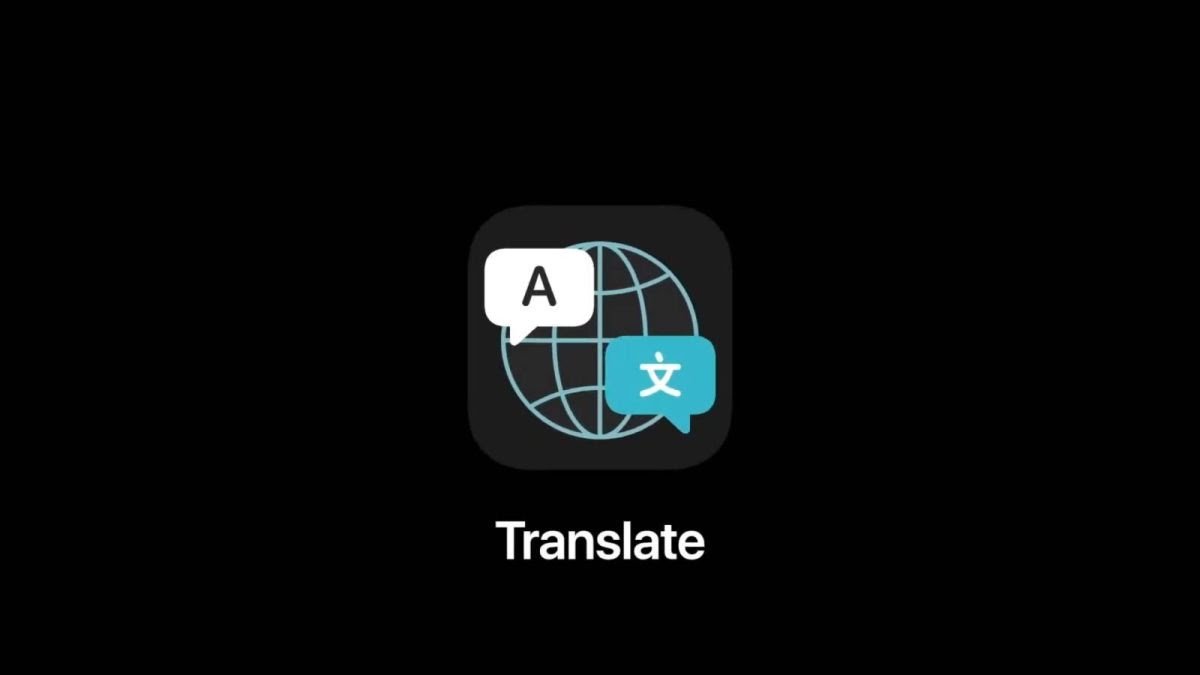 In iOS 14, Safari will give warnings if the password used is not secure. A Privacy Report button is present to view how websites handle privacy. Speaking of privacy, iOS will display the privacy policy of every app before download. There will also be a dot indicator that lights up whenever an app uses your mic and camera. In some apps, you can have the option to Sign in with Apple when logging in to remove the need for different passwords. For security purposes, only your approximate location is given as data, and not your exact location.

Should you update now? Not really.

Because the new software announcement was made before the latest iPhones arrived, many app developers said that their apps aren’t ready yet for the new update. With little time to test the new software with current apps, there can be bugs and glitches on your favorite apps.

Yesterday, many iPhone users took to social media to complain about experiencing problems in their mobile banking app, just after updating to iOS14.

Local bank Banco de Oro also issued an advisory after clients who updated their iPhones to the latest software reported not being able to access the bank’s mobile app. The advisory read: “To our customers who recently updated their iPhones to the new iOS14: You may experience issues launching the BDO Digital Banking App. We apologize for this inconvenience and our teams are working on updating our app to be fully supported on iOS14. In the meantime, you may access your digital banking account online via bdo.com.ph.”

Even with all the new perks and features offered by iOS14, maybe it’s better to pump the brakes before downloading the new software. A little wait wouldn’t hurt, at least until everything becomes more stable.

WanderManila takes you to the spookiest spots of Intramuros this Halloween