CD Projekt Red, the game developer for The Witcher series, and more recently, Cyberpunk 2077 announced on social media that they have been hit with a cyber attack.

Things have certainly not been going well for the beleaguered Polish video game dev since the disastrous release of Cyberpunk 2077 late last year, and it seems that streak of unfortunate luck is still creeping up on them in early 2021.

The statement goes further, saying that although hackers had encrypted some devices in their network, the company's backups remained intact and that they have "begun restoring data" after securing their IT infrastructure. 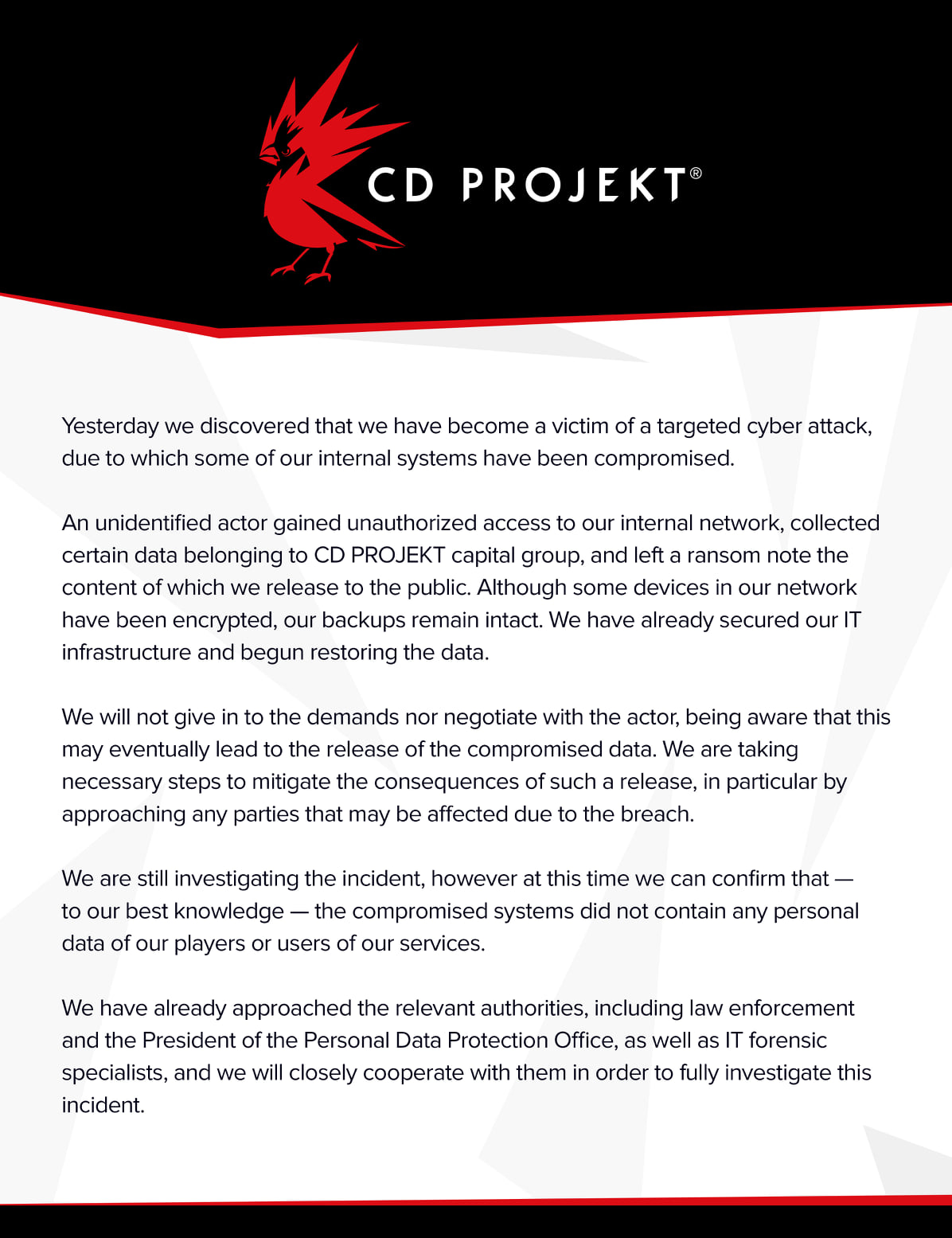 The hackers left a ransom note stating that they have "dumped FULL copies of the source codes" for The Witcher 3, Cyberpunk 2077, Gwent and for an unreleased version of The Witcher 3, as well as acquiring other administrative and company related data. They also went on to say that if they "will not come to an agreement," all of that data will be sold or leaked online.

CD Projekt Red has had a tough several months having to deal with internal struggles such as development crunch, a less-than-stellar player reception for Cyberpunk 2077, and now a cyber attack on their plate, leaving everyone asking, "What else could go wrong?"

Also, what could possibly be the "unreleased version of Witcher 3?"