Loved Kento Yamazaki in Alice in Borderland, and want to see more of this talented young actor? Well, consider yourself lucky because YamaKen, as he’s lovingly called by fans like me, is one of the most hardworking Japanese actors of his generation.

His body of work now totals 19 TV series, 23 films, and innumerable endorsements since he started in the industry in 2010. He’s so popular in Japan that you’d find his face everywhere!

Considered the “Prince of Live Action Adaptations” because his filmography is filled with small and big screen adaptations of hit shoujo manga or anime series, YamaKen has in the past few years explored more challenging roles that diversified his repertoire and sharpened his acting skills.

Here is a quick rundown of some of the best films and series to watch if you’re a budding YamaKen fan. And, yes, you’re welcome! 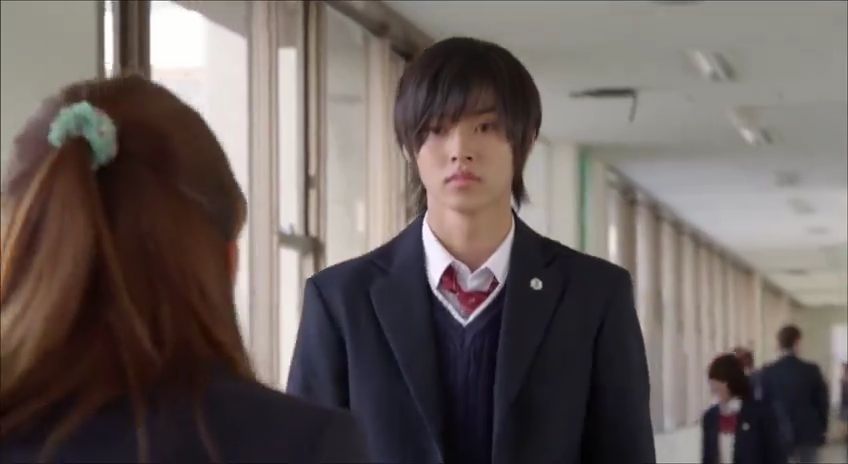 LD-K is based on a popular shoujo manga, and is one of Kento’s earliest successes. He plays Shusei Kugayama, the "Prince" of his high school, who is notorious for turning down confessions from lovestruck girls. He stars alongside the luminous Ayame Gouriki as his roommate Aoi Nishimori. Plot features standard cohabitation hijinks, but the chemistry between the leads sets hearts aflutter!

This is the series that launched the young, lanky, and boyish Kento to stratospheric stardom! He plays “L,” an eccentric private detective on a feverish hunt for the holder of the notebook called “Death Note,” which allows you to kill anyone by writing his/ her name on the pages.

Orange is a teen fantasy drama that tackles a very serious and timely theme. It teams up Kento with Alice in Borderland co-star Tao Tsuchiya (Naho Takamiya) in a tear-jerking story of love and friendship. Kento plays Kakeru Naruse, a transfer student who is revealed to have died in the future in a letter that Naho receives. Naho does everything she can to save Kakeru, and in the process falls in love with him. Kento and Tao’s chemistry was off the charts in this movie leading many to speculate that they’re dating in real life! 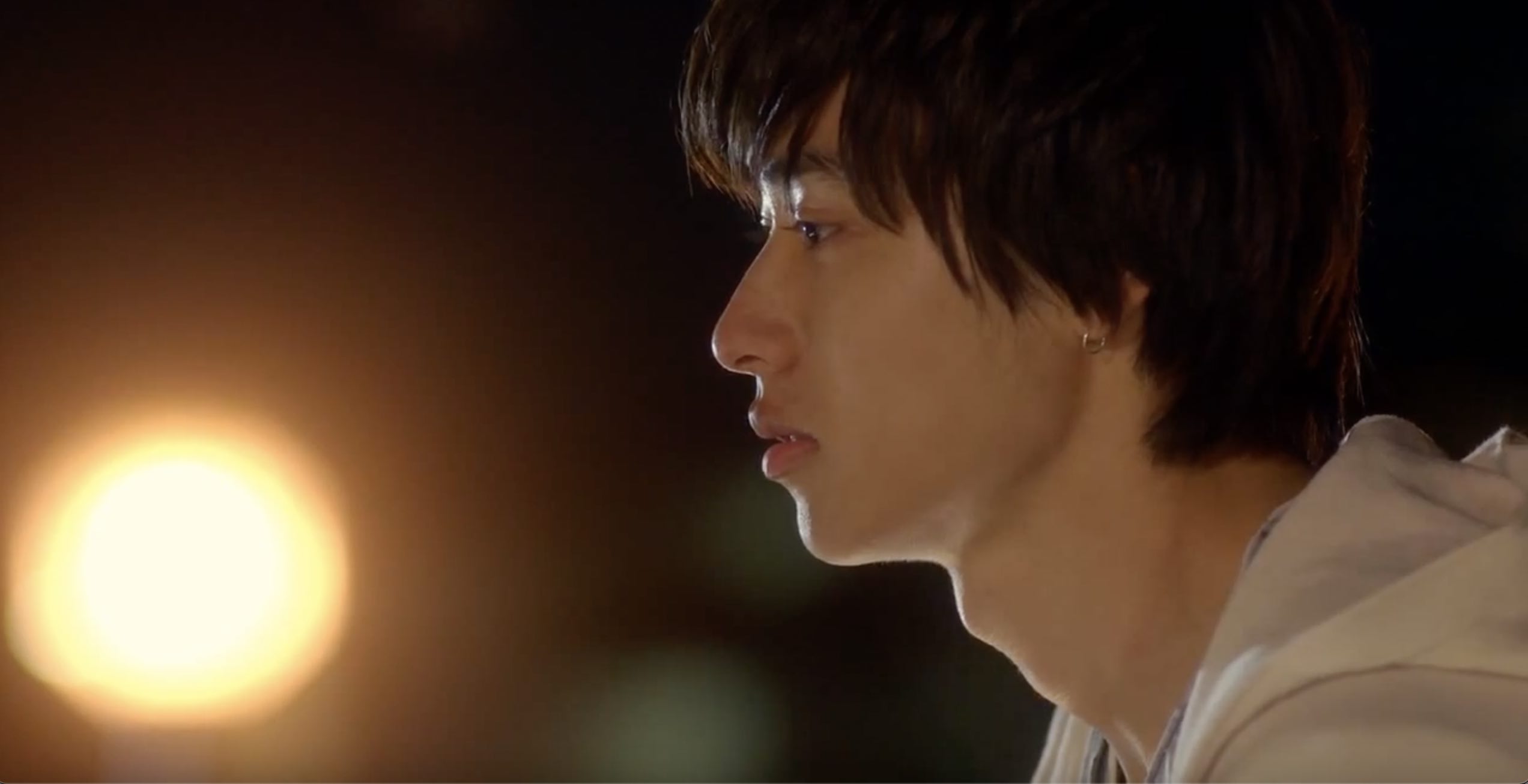 No Longer Heroine, the big screen adaptation of another popular Japanese manga, is a sentimental favorite among YamaKen fans. Kento plays high schooler Rita Terasaka, your archetypal tsundere- cold and aloof. What makes the movie evergreen is the fabulous chemistry among the lead actors with the talented Mirei Kiritani (Hatori Matsuzaki) as the bubbly and self-centered female protagonist, and now equally established actor Sakaguchi Kentaro as the second lead Kosuke Hiromitsu (whom we all were probably rooting for in the movie despite Kento!).

Kento proves that nerdy can be cute in this movie adaptation of the hugely popular anime Your Lie in April. He plays Kosei Arima, a piano prodigy who suffers from a hearing disability after the death of his abusive mother. His newfound friendship with equally talented musician Kaori Miyazono (played by the ever-adorable Suzu Hirose) helps him find his confidence to play the piano once more. Warning: This movie is as much of a tearjerker as Orange is.

This is my favorite Yamaken J-dorama not only because of the picturesque locations (mostly at seaside locations in Kanagawa Prefecture), but this for me marked a turning point in Kento’s acting wherein he was noticeably more mature and more at ease with dramatic roles. The series pairs him up again with the bubbly Mirei Kiritani, his leading lady in Heroine Shikkaku. Kento plays the grumpy Kanata Shibasaki, a talented chef who hides a sweet boy underneath a grouchy exterior. 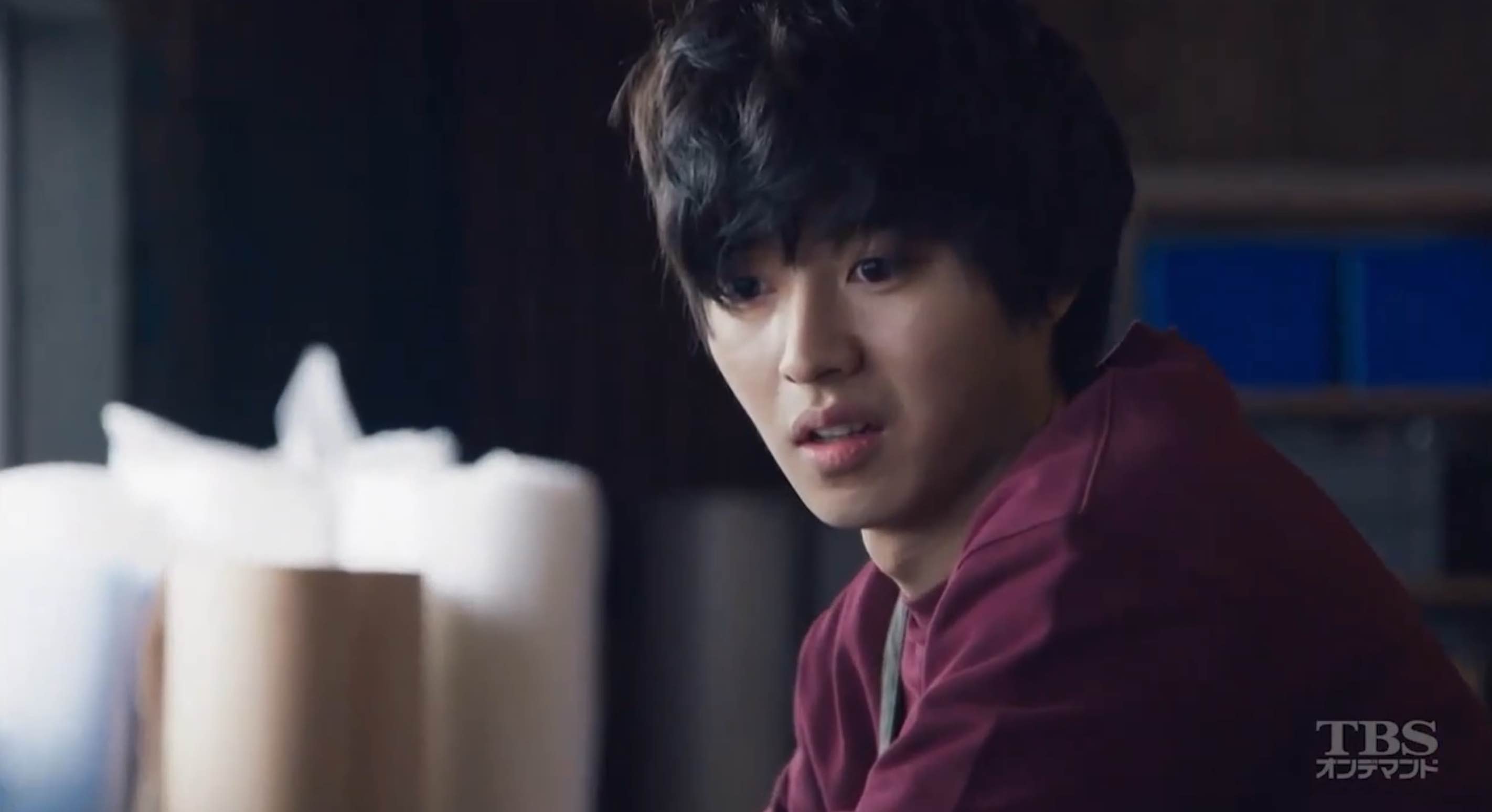 This sports drama is not that well known outside Japan, but I enjoyed watching this series because of its uncommon theme. The story revolves around a maker of traditional Japanese socks called tabi who struggles to keep up with more Western and modern sports socks. The premise seems a tad boring, but it is a heartwarming story on the importance of preserving one’s culture and traditions.

Kento had to take on the rebellious son role, something he hasn’t done in his earlier dramas, but does so flawlessly in this series. What it lacks in popularity it makes up for in accolades. During the 95th Television Drama Academy Awards in Japan, Rikuoh brought home the top awards including Best Drama, Best Lead Actor for veteran Koji Yakusho’s performance as the elderly tabi maker, and Best Director shared by series directors Katsuo Fuzukawa and Kenta Tanaka. 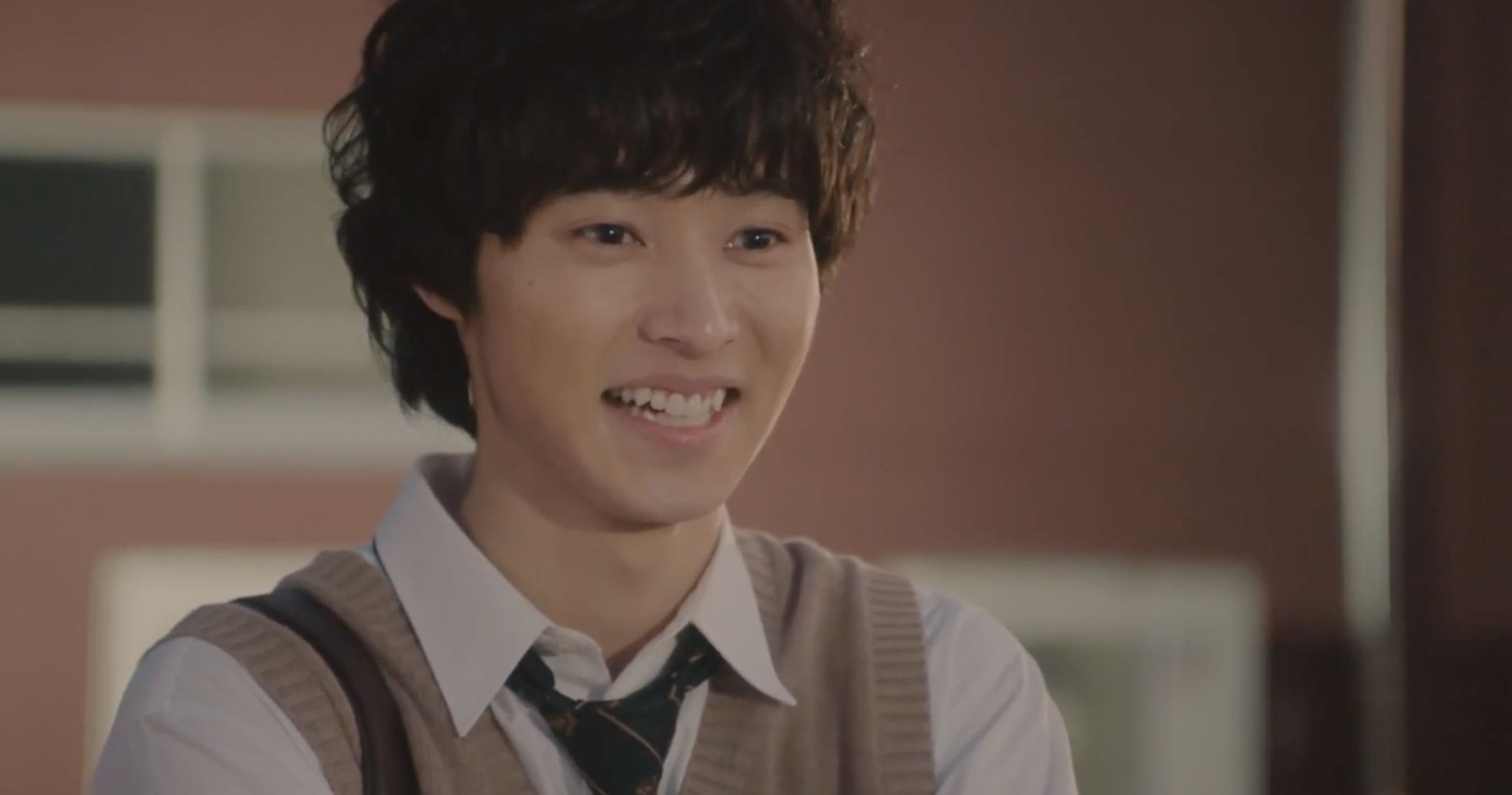 One Week Friends sees Kento playing a role that suits him to a T–the friendly cutie. He plays Yuki Hase, a high schooler who falls in love with the timid and reclusive Kaori Fujimiya (Haruna Kawaguchi). If you think this is just another middling high school romance, you’re mistaken! Kaori suffers from a condition that makes her forget every Monday who her friends are!

I couldn’t imagine any other Japanese actor who could portray the iconic Josuke Higashikata with his outrageous hairdo than Kento Yamazaki. It seems as if the character was drawn with him as inspiration! This live action adaptation of the well-loved manga and anime premiered to mixed reviews and tanked at the box office despite its star-studded cast. It’s still worth watching if only to see Kento bring the iconic Josuke to life.

Hyouka is based on a novel which was also adapted into a hit manga. Kento plays a high school freshman Hotaro Oreki who decides to join the Classic Literature Club upon the recommendation of his sister. He then meets Eru Chitanda (Alice Hirose) and together they stumble upon the Hyouka anthology published 33 years ago. This discovery leads them to uncover truths related to the book, their school, and a school festival. 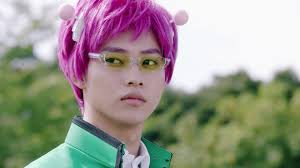 Who would've thought that pink hair coupled with weird antennae would still look fabulous on Kento? In this 2017 film, our dear Kento plays Kusuo Saiki, a 16-year-old high school student born with supernatural powers, but tries to hide it from other people. Saiki keeps his distance from his classmates, still they unwittingly gather around him ruining his chances of living a normal life.

This series needs no introduction. The Japanese adaptation of the hit 2013 Korean drama Good Doctor made no mistake in choosing Kento in the titular role. He won a Best Actor award in Japan’s 98th Television Drama Academy Award for his role as a brilliant doctor struggling from savant syndrome, who has an impressive memory but terrible communication skills. This is largely considered one of Kento’s most memorable portrayals.

Kento takes on a musical prodigy once more in this 2018 movie. A Forest of Wool and Steel is based on the popular novel Hitsuji to Hagane no Mori by Natsu Miyashita. It follows the story of Naoki Tomura who has has an incredible skill—he can smell the forest from the piano tuned by Soichiro Itadori (Tomokazu Miura). Soichiro's work inspires Naoki to join him in his musical instruments store.

I consider Kento’s role as the popular yet infamous club host Otaro Dojima as his most daring to date. In this suspenseful romance drama, Otaro’s life changes after he dies from a mysterious woman’s kiss and finds himself in an unending loop loop of life and death. True to the series’ title, Kento dishes out a ton of kisses in this series. Lucky lady co-stars!

This film is set in the Warring States period of ancient China where a young war orphan named Shin (played by Kento) dreams of becoming the greatest general. A fateful encounter with a young man, Eisei, who happens to be the heir to the throne, brings them together as they join forces to reclaim Eisei’s throne, and unite the Warring States under a single banner. On May 28, 2020, a sequel was announced to be in production. 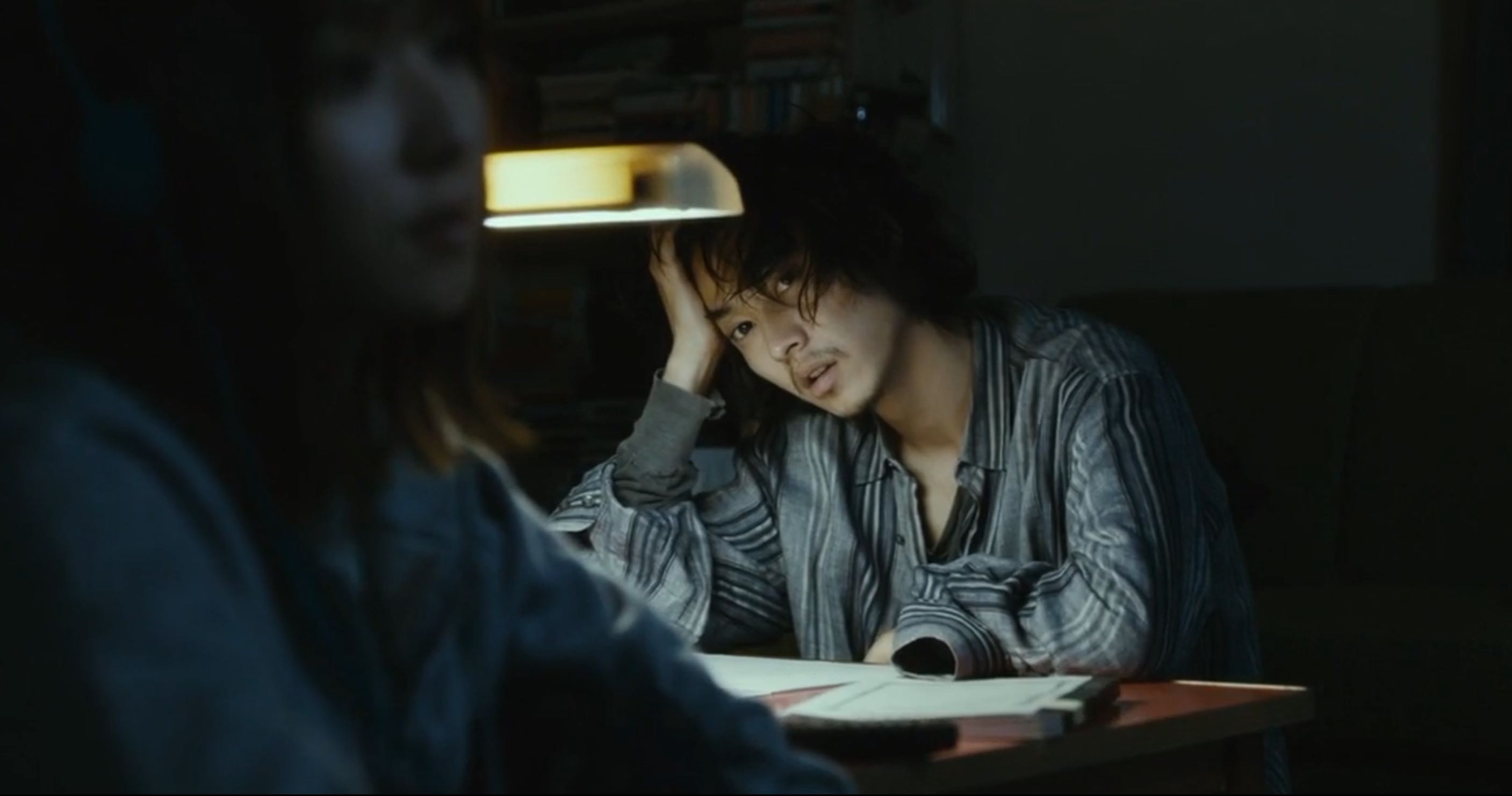 YamaKen plays a narcissistic writer and director at a theater company, who despite his devotion to his art, remains down on his luck. He encounters an aspiring actress who happens to wear the same pair of sneakers he does. They strike up a friendship and eventually live together. This low-key film based on a hit novel follows the two as they find themselves in a tortured romance. Kento looks disheveled and wasted almost all throughout the film, but still manages to look adorable!

Based on a popular anime and web comic, this live action adaptation follows the dating life of two otakus (anime/manga/pop culture geek) played by Kento (Hirotaka Nifuji) and Takahata Mitsuki (Narumi Momose). It’s a hilarious take on how it could be when two geeks fall in love and get together despite and because of all their obsessions.

Johanna (Mok to most people) is known to friends and familiars as the ultimate “raket queen.” She works full time as a communications specialist at a government agency while moonlighting as a writer, teacher, and social media manager.