Can we all agree that we’ve been through a lot the past year or so?

The world has grappled with a pandemic. Climate change has reached crisis levels, yet is still largely ignored by those in charge. Meanwhile, around the world, democracy has been under intense fire from autocratic egomaniacs, and may be wobbling on its base. Reality, itself, is under siege.

So now, of course, it’s time to find out that… UFOs are real!

If you’re following the latest in the US, a Defense Department report detailing a big spike in UAP (or “unidentified aerial phenomena”) sightings near and around military sites over the past two years is expected to be shared with the American Congress sometime in June.

This is the kind of big reveal that conspiracy theorists and X-Files fans have been salivating over for decades: official confirmation that there’s something “out there” that can’t be explained away or covered up any longer.

I’m personally dying to hear what will be revealed to Congress about UAPs. Maybe there will be answers, finally, to all those questions. Or maybe it will all be a huge letdown, like those murder hornets.

What has happened is that, over the past decade or so, more and more US Navy pilots have reported spotting “TicTac-shaped” bogeys miles up in the air while doing their regular jet runs.

Not only that, they’ve been taking videos and chuckling about their weird UAP encounters over beers every night at the nearby Top Gun pilots’ hangout. And far from denying all this, the US military has now decided to declassify the videos and confirm that they are, in fact, legit.

(Worth noting also that the videos are uniformly grainy and crude. Can’t Navy pilots pack a smartphone to get some postable video proof? #UAPStyling)

The behavior of these UAPs has been baffling, to say the least: when you see pyramid-shaped or white TicTac-looking aircraft with no visible means of propulsion traveling at supersonic speeds that outpace our technology “by 100 to 1,000 years,” as one Navy pilot described it, and that can change direction with the velocity of “a ping-pong ball bouncing off a wall,” you know it’s starting to look like something is out there — something beyond our puny powers of human comprehension. As in: we are not alone.

It’s important to mention that the military is being pretty blasé about all this. They’re not saying ALIENS ARE HERE! or LOAD UP YOUR SHOTGUNS!

They’re just admitting, with a weird kind of official shrug, that this is a technology we don’t understand and, at this moment, can’t really even keep up with in our airspace. And we don’t know who has it, or why. And so, you know, take that little morsel of information however you’d like. 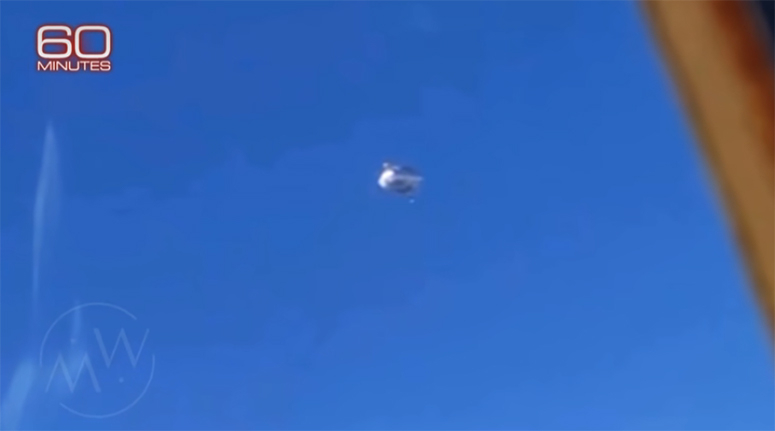 And let’s not forget, this follows two or three years of just crazy sh*t happening around the planet. The type of mind-melting stuff that makes you think the plagues upon Egypt back in Moses’ time were a mere spa staycation.

That seems like a lot already, doesn’t it? Enough for many doom zealots to start screaming “Apocalypse!” and “The end is nigh!” until they get fetched with butterfly nets, right?

As 2020 began — with big chunks of Australia ablaze due to historic droughts and much of California’s forests lit up like kindling, turning the skies a fiery, apocalyptic red — almost immediately after that, we were plunged into a real, live global pandemic! Suddenly we were living in Contagion!

And so came a year of isolating from one another — plus, thankfully, much human strength and courage and heroism out there — but alongside that, a lot of human stupidity and stubbornness and political fighting and generally the type of cringe-worthy behavior you’d encounter in an old Twilight Zone episode (say, “It’s a Good Life,” in which young, orange-haired Billy Mumy holds an entire town hostage with his evil thoughts).

Then — remember this? — the US couldn’t decide if it believed its own presidential election results! And a mob decided to attack the US Capitol with Trump flags and pitchforks and bear spray and truncheons!

But then — vaccines! And then, just as the world was slowly, warily starting to crawl its way out of the COVID pit — BOOM! We hear that, oh, by the way, UFOs might be an actual thing to take seriously and perhaps start worrying about.

Where does it all end?

What does it all mean?

Well, if you believe some Silicon Valley billionaire types, like Elon Musk, we might actually be living inside some kind of AI-created matrix meant to test our reactions to the most extreme, crazy stuff humans could ever possibly imagine. So, is this all a computer simulation? Or is it… End Times? (Sequel to “Thug Times.”)

I’m personally dying to hear what will be revealed to Congress about UAPs. Maybe there will be answers, finally, to all those questions. Or maybe it will all be a huge letdown, like those murder hornets. Maybe it’s not that “we want to believe” so much as “we’re not quite ready yet to disbelieve.”

We’re so used to being gaslighted and told about “alternative facts” and that everyone’s entitled to their own separate reality, that it’s easier, somehow, to imagine another drama is coming, another Scooby-Doo unmasking just around the corner, to keep us all in suspense.

When you’ve been conditioned to expect another global crisis almost every day, the notion of a final “reveal” we can all agree upon might feel too sudden for us. Too abrupt. Maybe it’s not answers we want, but a deeper mystery.

Because after the truth is out there, in the open, what else have we got?