2020 may have derailed most of the production and release dates of movies and TV shows, but the folks at Disney are cooking up something special. 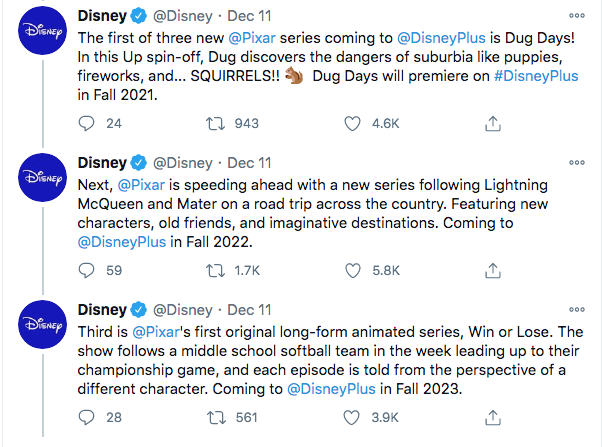 In a cascading barrage of tweets, Disney revealed that it is working on a bunch of new projects. Among the influx of upcoming shows are three animated series, all under the Pixar brand. 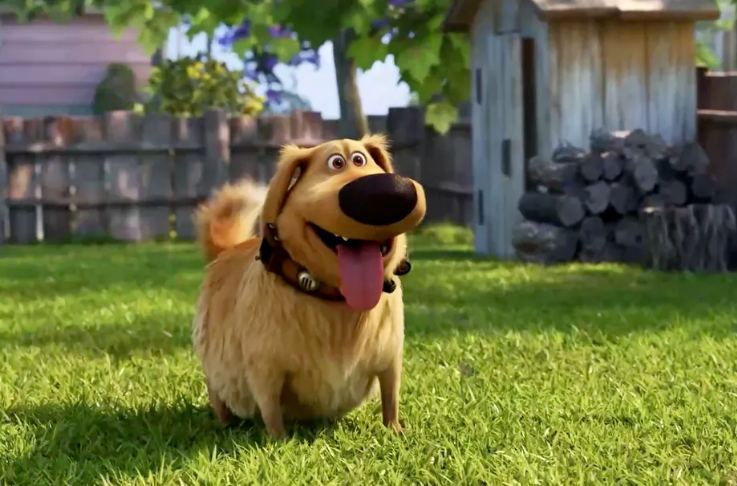 Dug Days, an Up spin-off

First up is Dug Days, a spin-off from Up featuring breakout character, Dug, the adorable golden retriever who trades the “dangers of the South America tropics for the dangers of suburbia.” Each episode focuses on Dug and Carl encountering something new (think puppies and fireworks) in their quaint suburban world. Dug Days arrives on Disney Plus on the fourth quarter of 2021. 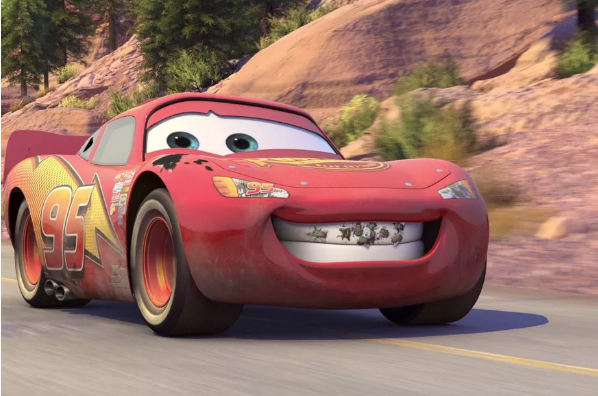 Up next is an untitled Cars series that brings back gas-guzzling duo Lightning McQueen and Mater as they go on a cross-country road trip, meeting new characters and old friends as they go along. The yet-to-be-named series streams on Disney Plus by the fourth quarter of 2022. 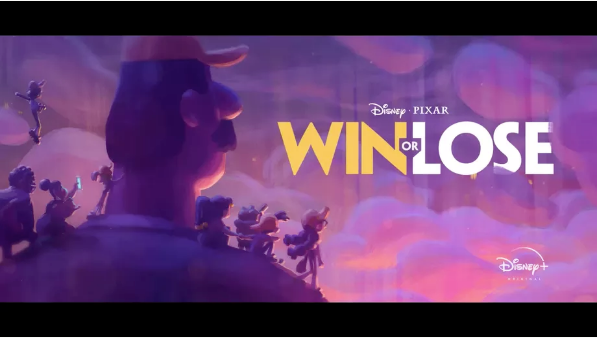 Win or Lose, an original series

And last but not the least, comes Win or Lose, the first original long-form series from Pixar that takes inspiration from the different perspectives of a narrative story. Win or Lose follows a co-ed middle school softball team in the week leading up to their championship game. Each episode—a “comedy about love, rivalry, and the challenges that we all face as we struggle to win at life”—comes from the perspective of a different character viewing the same events and highlights the little challenges of life. Win or Lose is scheduled to premiere in the fourth quarter of 2023.