Style Living Self Celebrity Geeky News and Views
In the Paper Shop Hello! Create with us
DeLorean Motor Company

With all the current events happening in the world, a time travelling vehicle sounds like a handy ride to have in your garage.

The DeLorean Motor Company recently unveiled an electric-powered modern upgrade on the classic 1980s sports car made famous by the Back to the Future film trilogy.

The all-new DeLorean Alpha5, which has gull-wing doors just like the iconic time-traveling machine used by Marty McFly and Doc Emmett Brown, is set for release sometime in 2024. 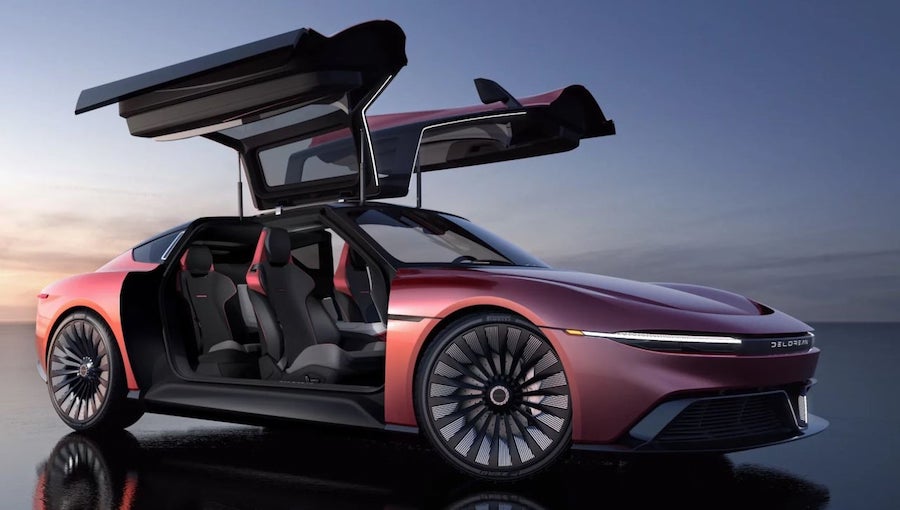 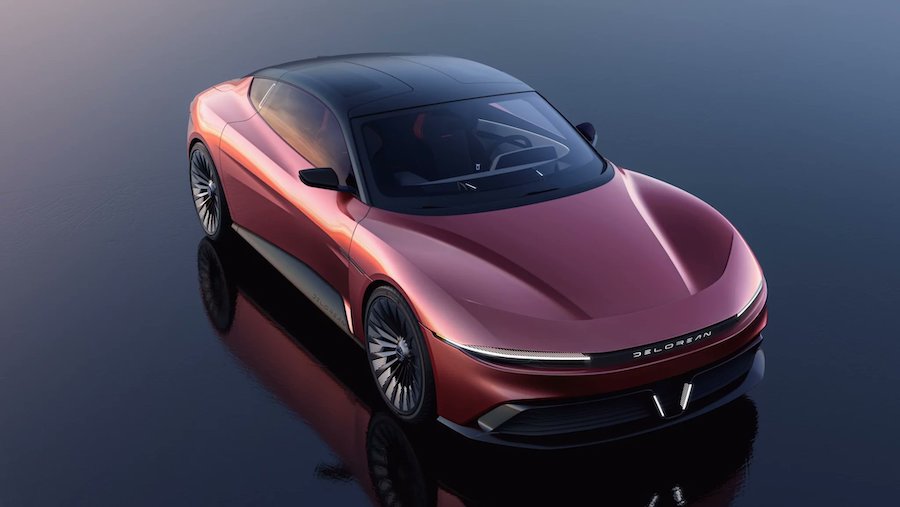 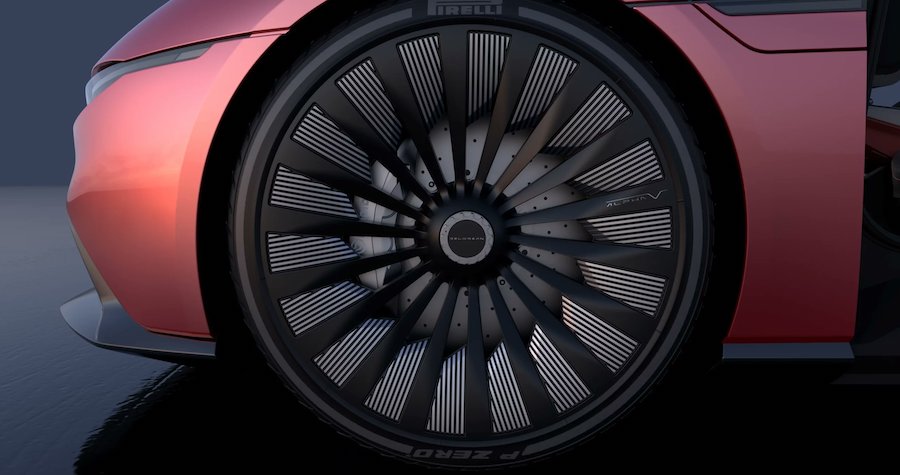 Unlike its predecessor, the DMC-12, which originally came with a V6 engine, the Alpha5 runs on pure electric power. The gull-wing doors swing up to reveal two rows of seats in the DeLorean sedan, instead of just one row. The electric-powered car can fit up to four passengers.

Back in February, the DeLorean Motor Company released a video of the upcoming electric vehicle on Twitter teasing a 2022 launch.

The Future was never promised. Reimagine today.
Sign up for the premiere of the DeLorean in 2022.
https://t.co/K9n8D1s5uK#DeloreanEVolved#Delorean#Auto#ElectricVehicle#Luxury#BigGame pic.twitter.com/99HsGLCswb

The DeLorean Alpha5 is the latest concept vehicle from the revived DeLorean car brand. With its sleek curved styling and batteries on the floor, the vehicle is an eye-catching modern take of the original boxy car made famous by the Back to the Future film trilogy of 1985 to 1990.

As a nod to its movie roots, the car can go from 0 to 88 mph in 4.35 seconds. Official specs from the car company's website also show that the Alpha5 can hit 60 mph in 2.99 seconds (with a top speed of 155 mph). DeLorean says the car will also have a 300-mile range and a battery size of over 100kWh. Don't expect it to come with a flux capacitor though.

The original DeLorean Motor Company, maker of the time-traveling DMC-12 seen in the Back to the Future franchise, was originally founded in Detroit in 1975 by John DeLorean. The same Pontiac designer behind the GTO and Firebird went defunct in 1982.

The revived DeLorean Motor Company, which designed the upcoming Alpha 5, is owned by a Texas-based DeLorean restorer that bought rights to the brand in 1995.

"The Alpha5 is a representation of the past 40 years of DeLorean," chief marketing officer of DeLorean Motor Company Troy Beetz said in a statement. "There was this enormous responsibility to make sure we honored the history of the DeLorean brand, but an even greater responsibility in curating its future...I think we did both with the Alpha5."

“We have been given the opportunity to reimagine a brand that has meant so much to so many people from all corners of the globe, for 4 decades. DeLorean has touched so many lives and set the stage for so many memories, " said Vice President of brand and creative Neilo Harris.

"We are all now witnessing a new chapter of this amazing story,” Harris added.

DeLorean has not released pricing details on the Alpha5 or further details regarding its launch or production run. The manufacturer has announced that the vehicle will officially be unveiled to the public at the Pebble Beach Concours d’Elegance in Pebble Beach, California, on August 18.

For a detailed look at the DeLorean Alpha5 and more specs, check out the manufacturer's official website: https://delorean.com/

TAGS: back to the future DeLorean DeLorean Motor Company Alpha5