The COVID-19 pandemic may have suspended tourism in the country indefinitely by cancelling flights and forcing people to possibly spend the rest of the year inside their homes, but that doesn’t mean you cannot board a plane again and relive the thrill of watching Metro Manila get smaller by the airplane window en route to the tourist destinations that you’ve been wanting so bad to go to since March.

Microsoft’s newly-revamped Flight Simulator 2020 allows you to travel again to your heart’s content, albeit virtually, to fulfill your wanderlust.

Fly from any airport and see the world in full detail

Imagine Google Earth but as a game, that’s what Flight Simulator 2020 is. French developers Asobo Studio made sure that what you are seeing from the cockpit is the accurate virtual counterpart of the actual world as seen from Bing Maps. Asobo reconfigured two petabytes (2000 terabytes) worth of satellite data and high-altitude photography to simulate real-world topography.

What makes it possible for a ton of Bing Maps information to be read by your computer is Microsoft’s trusty Azure cloud-based platform, which streams the data via the internet.

There is also no starting point for Flight Simulator pilots. You can fly from any airport in the world. Yes, that includes our very own Ninoy Aquino International Airport (NAIA) in Manila. From there, you can visit literally everywhere without the layovers, travel bans, or other real-world restrictions.

Although it certainly passes as a tourism game of sorts, Flight Simulator’s main feature is to teach you how to pilot your own plane. The game does not put you in the passenger cabin seat, but as a pilot in the cockpit seat. Every button and dial in the cockpit is alive and functional, even the camera physics for your head’s movement as you look around is calibrated for full immersion. AI control is also available to guide you in flying the plane, especially during takeoff and landing.

"What sensations does a pilot feel? How does the plane react under a cloud and above the sea? In past simulations, it was a bit rigid," said Asobo Studios lead software engineer, Martial Bossard. According to him, they even took flying lessons over the past four years as part of developing the whole Flight Simulator pilot experience. 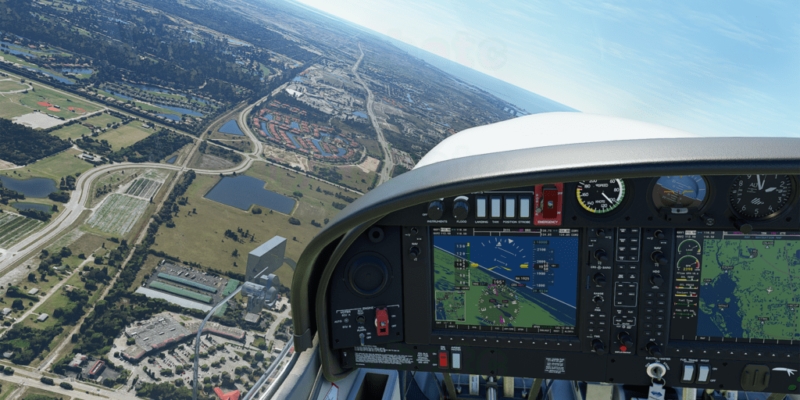 To make matters more immersive, Flight Simulator also simulates the actual conditions of the areas that you are flying in, based on live data generated by Bing Maps. That means air traffic, time, and the weather present in your virtual flight is what’s happening in real life. These can also be customized if you don’t find the current info suitable to your flight plan.

From runway to takeoff

The reveal of the game’s much-awaited next-generation reboot from last year’s E3 and the crippling blow caused by the global pandemic to the airline industry was enough to gather intense anticipation for Flight Simulator 2020.

"Flight Simulator is a title that's been played by tens of millions of gamers, there is a community which has been waiting for several years. Microsoft doesn't have room for error," said Laurent Michaud, a French games expert.

Microsoft Flight Simulator 2020 is now available on Steam and Xbox One.