Style Living Self Celebrity Geeky News and Views
In the Paper Shop Hello! Create with us
Photos courtesy of Hannah Mallorca and Cara OliverMina Lampitoc

I’ve known SB19 through mall show sightings but I didn’t care back then. While their Go Up dance practice video tugged my heartstrings, I haven’t developed an attachment for Pablo, Stell, Josh, Ken, and Justin yet at that time.

It took two years for me to discover what SB19 is all about. It’s been a long time coming, but their Where You At (WYAT) kickoff concert on Sept. 17 is proof that I’ve fallen in love with them. After all, why would I set aside money for gas bills, food, outfit of the day, and merchandise if I don’t see myself as a full-fledged A’TIN?

Like many outsiders, I initially viewed P-pop with disdain. The genre used to make me cringe because I thought it was “merely a carbon copy of K-pop.” But tracing its origins and discovering the best of what it has to offer, I realized that it’s a colorful and exciting industry and SB19 is one of the main reasons why.

I’ve always been excited to tell stories about SB19 since my feelings for them have slowly developed into a full-blown crush. But this concert—in all its flamboyant styling, breathtaking performances, and awe-inspiring vocals (the boys are insane live singers)—is a testament to how far Pablo, Stell, Josh, Ken, and Justin have come.

SB19 has been on a roll since the start of the pandemic. A’TIN has been blessed with so much content, including new songs, vlogs, performance videos, a fashion collaboration with Chynna Mamawal, a ton of shows, and more. It’s hard to imagine how much the boys have worked since 2020 especially since they started off their tour with a breathtaking WHAT?.

Many fans have witnessed the group perform WHAT? and Mana a lot of times. Who can forget their explosive PPOPCON stage after all? But what sets these performances apart is how the boys are more sure of themselves. Revealing ‘fits aside, Pablo, Stell, Josh, Ken, and Justin emulated a level of confidence that’s built from years of hard work.

After a playful introduction, The Big Dome was filled with a sea of blue lightsticks as SB19 launched into a heartfelt rendition of their ballads Hanggang sa Huli and Nyebe. I thought the boys would continue with the sentimental route but since they’ve always been unpredictable, they suddenly turned the venue upside down with a sizzling cover of Charlie Puth’s Attention.

After setting the stage on fire, SB19 turned on the waterworks. A heartfelt video for their staff was shown onstage as Pablo, Stell, Josh, Ken, and Justin thanked their team for staying by their side. Their signature ability to bring out the feels with Mapa, Go Up, and Tilaluha ensued after.

If it wasn’t for their Where You At (WYAT) stage in between Mapa and Go Up, fans probably would’ve been bawling in fangirl tears. The two-hour show finally ended on a high as dedicated A’TIN cheered “Walang uuwi” before their encore stage—a signature chant for concerts in the Philippines. 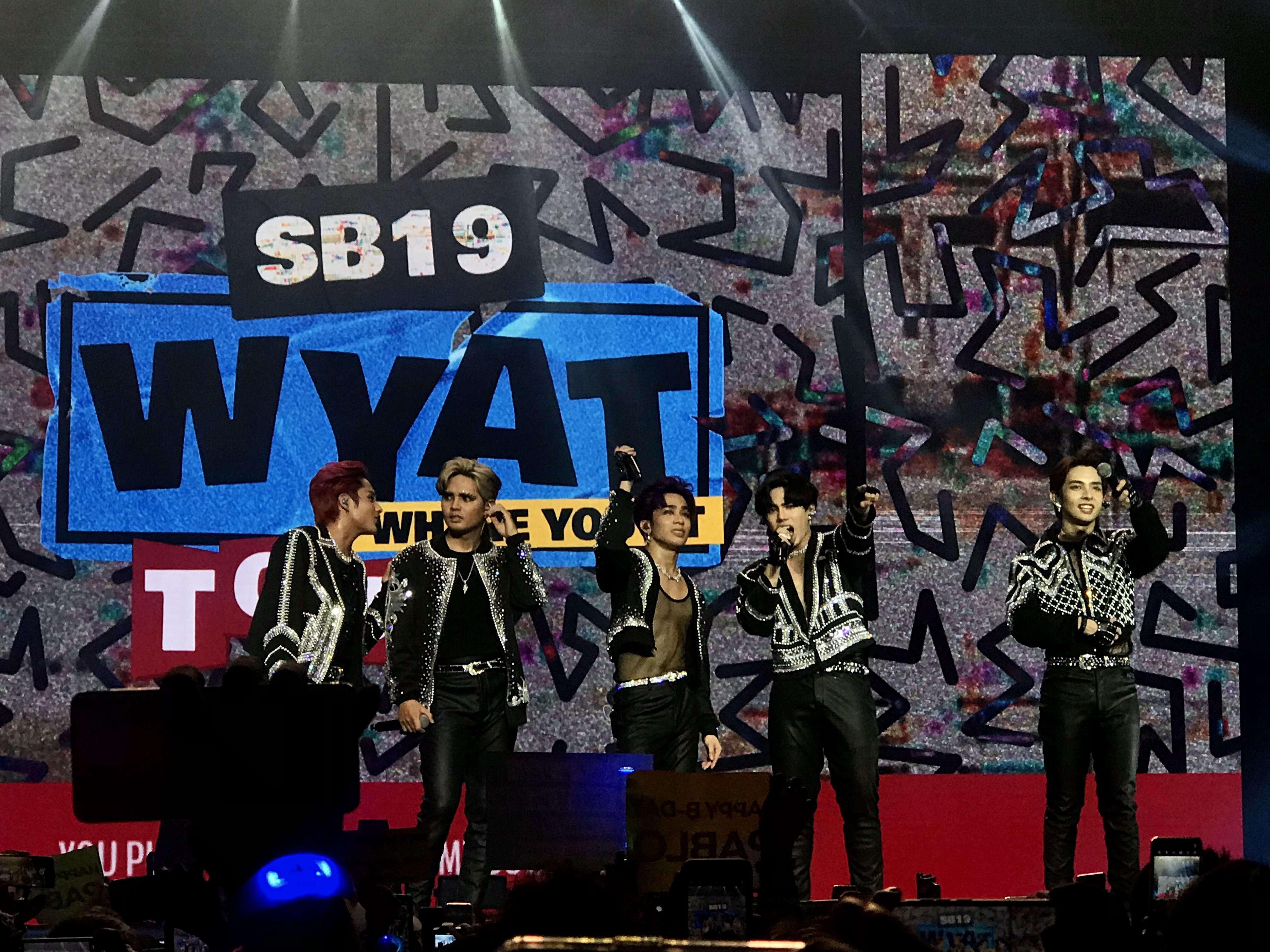 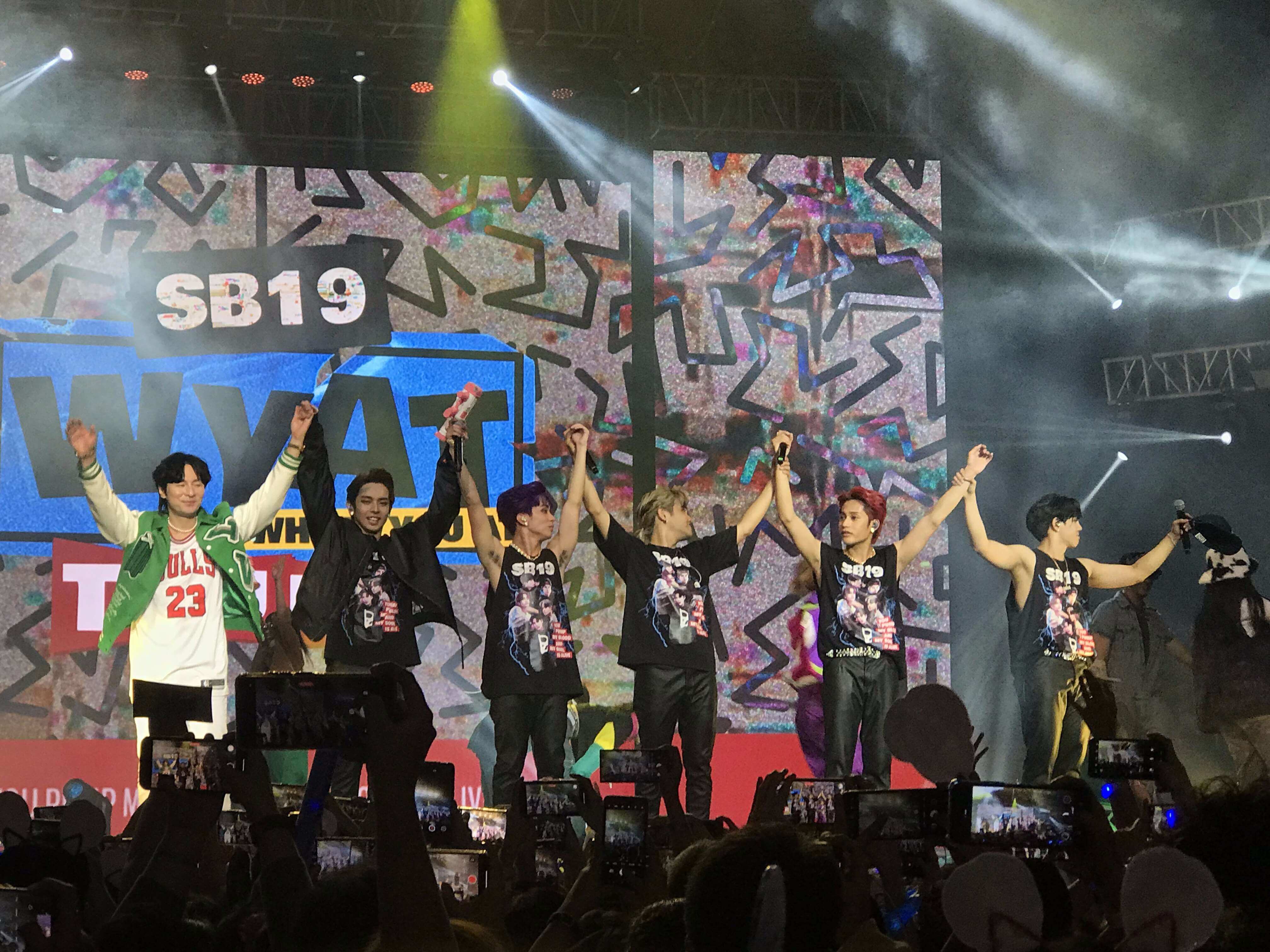 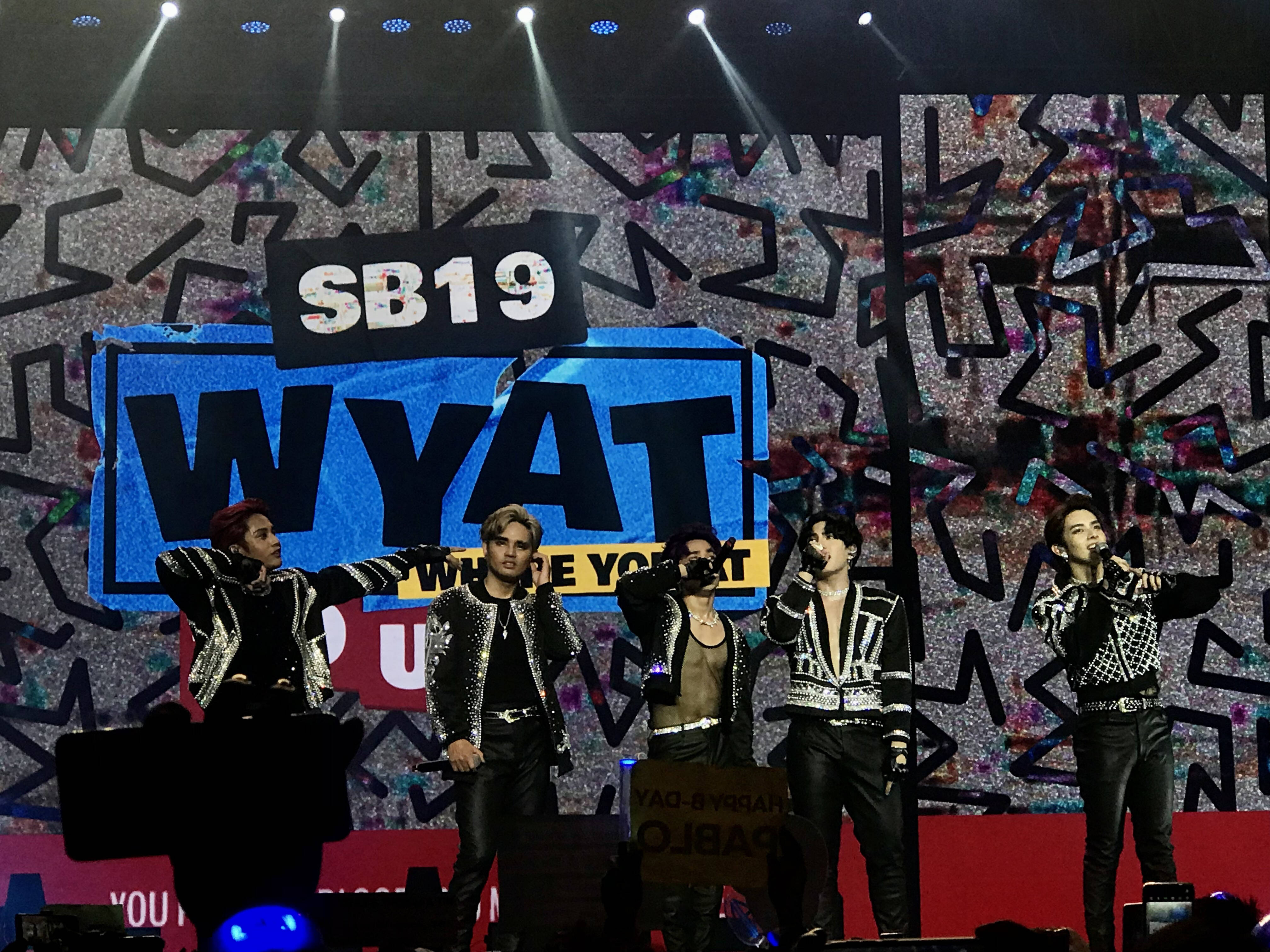 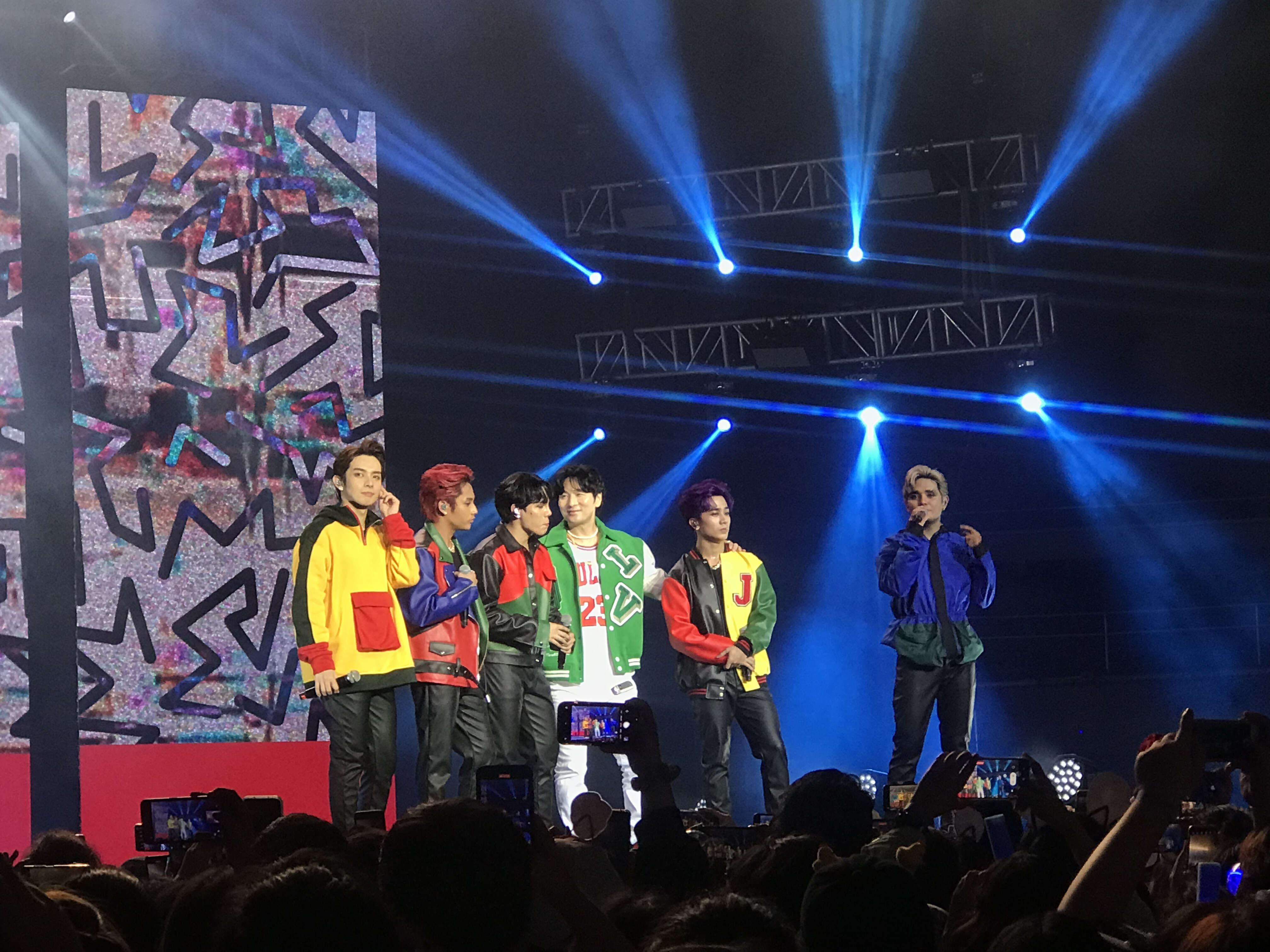 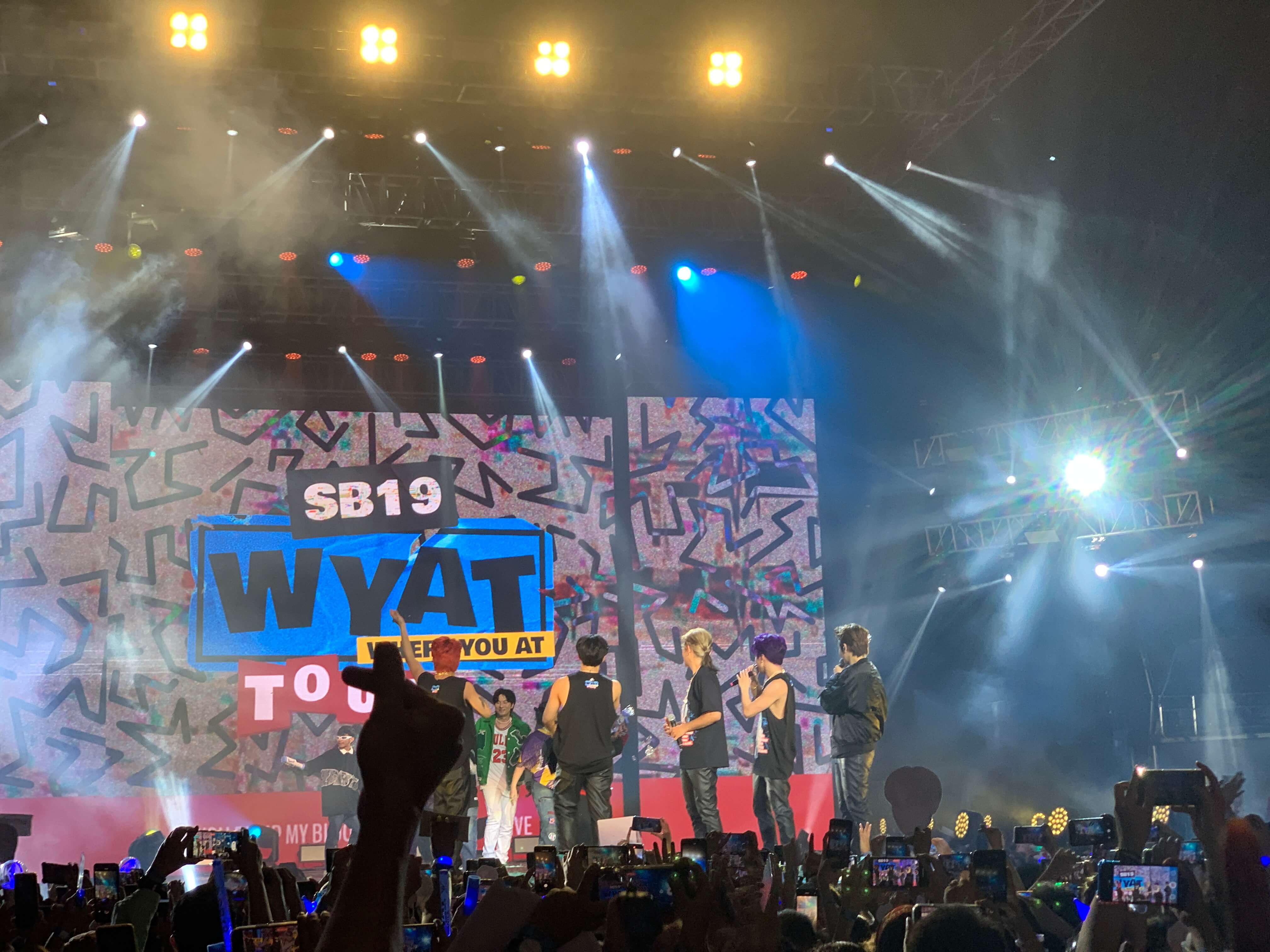 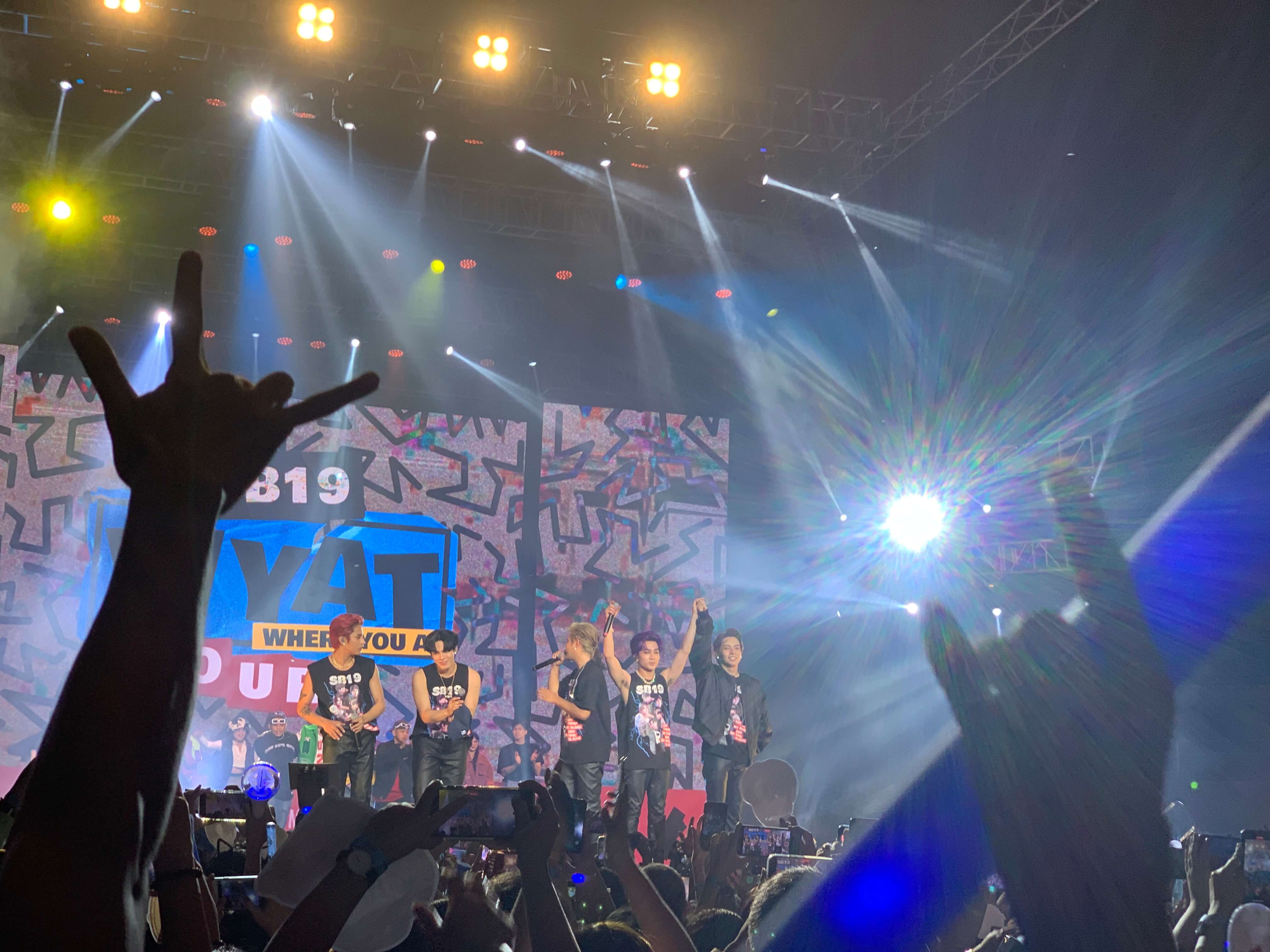 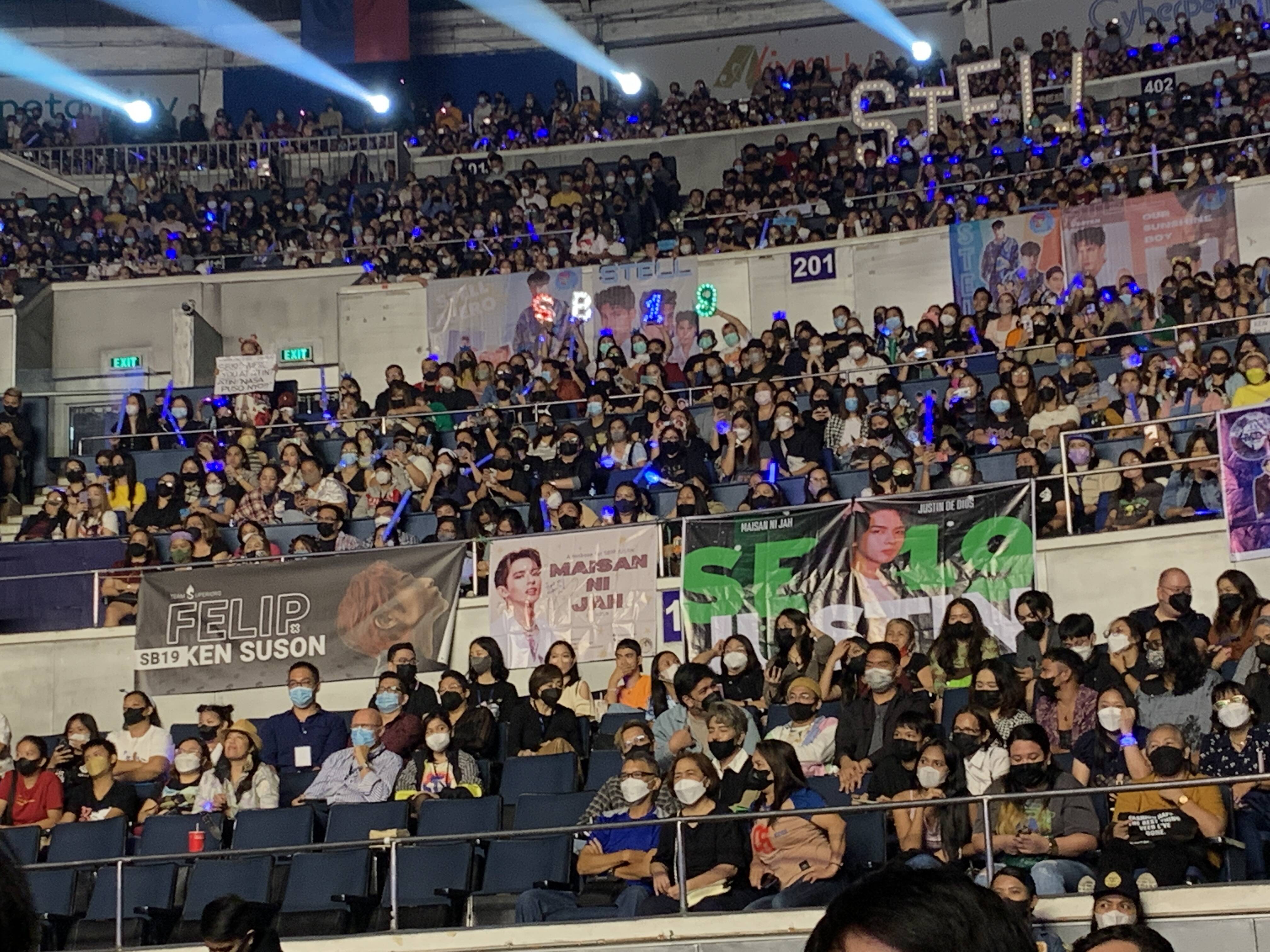 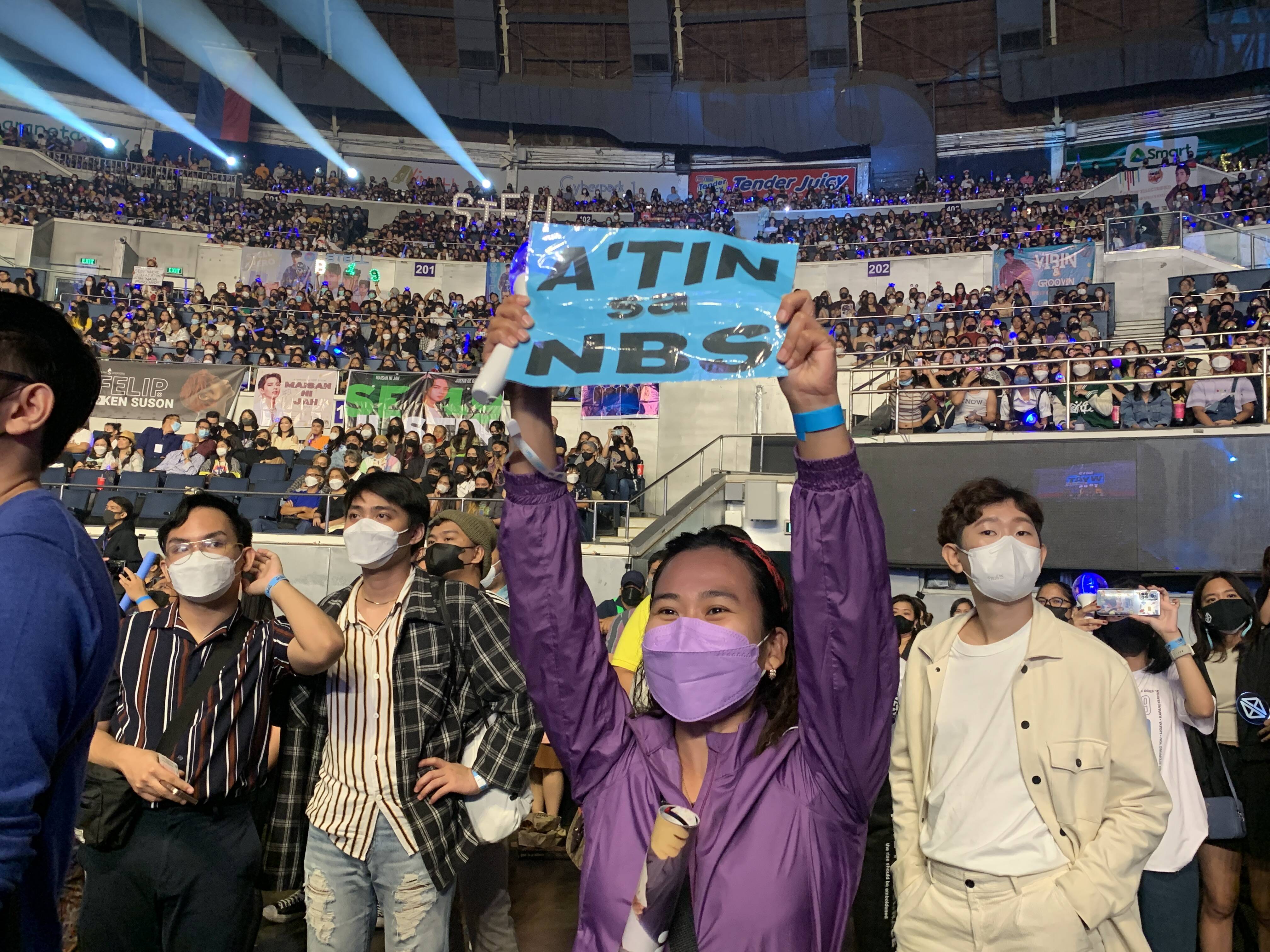 The Where You At (WYAT) kickoff tour might have had moments that are reminiscent of SB19’s previous shows, but it makes sense for the group to do so. They’ve set their sights on the international stage so it’s a must to move towards world domination as themselves. In a press conference, Pablo mentioned that their newest single is about reconnecting with people that matter. So, the tour is about reconnecting with fans on a physical level since they’ve been holding online shows for years.

It is no wonder why I hold an even greater fondness for the boys after their kickoff concert. The WYAT tour is not my first SB19 show—Get in the Zone was. But nothing beats the feeling of watching a concert as a pure, unadulterated fan. You sing along to an artist’s songs at the top of your lungs, you’re not confused when the members let out their inner beast or softie onstage, and you find yourself feeling like a proud Ate (even if three of the members are older than me).

Most of all, you find yourself tearing up for the artist when you see more fans appreciating their greatness. SB19 - A’TIN Philippines’ Project Mundo is one, as the heartfelt video showed fans from all over the Philippines and also included those from India, New Zealand, and Canada, among others. In their own words, “The world is ready for SB19.”

Another touching project organized by Bayanihan A’TIN showed the creativity of fans as they gave away fanmade merchandise and even hosted games before the concert. It was a crazy time with my fellow fans since a lot of fangirl screams can be heard but it was fun to see how many hearts the group has touched through the years.

It’s a jampacked afternoon at Gateway Mall as A’TIN flocked to get their #SB19-themed merch. The #BayanihanATIN mini program offers freebies, games, and exciting activities for the fans.

In just a few hours, SB19 is set to kick off their #WYATTour at the Araneta Coliseum. pic.twitter.com/KeELre8QDL

Outsiders may still have a closed-off worldview of P-pop—the same way K-pop and K-dramas suffered stereotypical judgments in the past—but this is why SB19 is fearlessly carving their own path for their peers. Pablo, Stell, Josh, Ken, and Justin might have a big responsibility on their shoulders but seeing their fellow P-pop artists during their concert is proof that fans and artists are all in this together.

I remembered the first time I witnessed SB19 in their skintight jeans and oversized ‘fits at the mall. They have really come so far—and their journey is just beginning.

#FangirlGuide: SB19 is a force to be reckoned with—and their music proves there’s nowhere to go but up