Gomez, 26, bested 27 candidates who vied for the crown at the pageant’s finale held on Sept. 30 at the Henann Resort Alona Beach in Panglao, Bohol.

The Cebuana also won several awards, including Best in Swimsuit and Best in Evening Gown, among others.

Rabiya Mateo, who was waiting backstage supporting the candidates throughout the latter part of the competition, congratulated Gomez on Instagram Stories. “I would like to congratulate the newest member of our sisterhood, Bianca Luigi Gomez for winning Miss Universe 2021.”

She added, “She really deserves it, guys. Kung nandito kayo, you can really feel her presence and nandun talaga yung winning look for tonight kaya congratulations.”

Catriona Gray, who is jetting off somewhere with beau Sam Milby, also congratulated Gomez on her Instagram Stories. 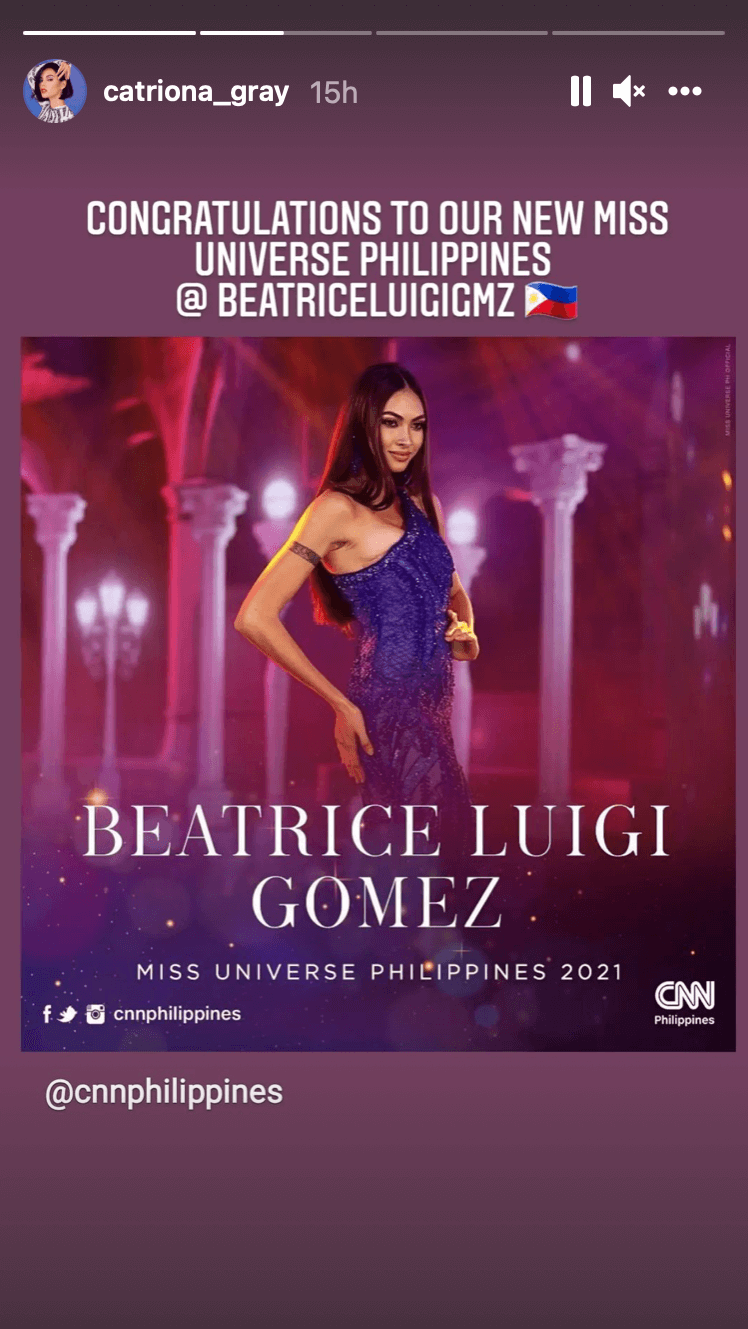 Pia Wurtzbach, who was actively tweeting during the livestream (and was careful not to spoil too much for those who have yet to watch the full competition), tweeted her support. “Congratulations Beatrice Gomez of Cebut City! Aliw yung hashtag na #GoMezUniverse.”

Meanwhile, Gazini Ganados posted on Instagram Stories a side-by-side photo of her and Gomez, a fellow Cebuana, in their evening gowns with the caption “Team Cebu!” 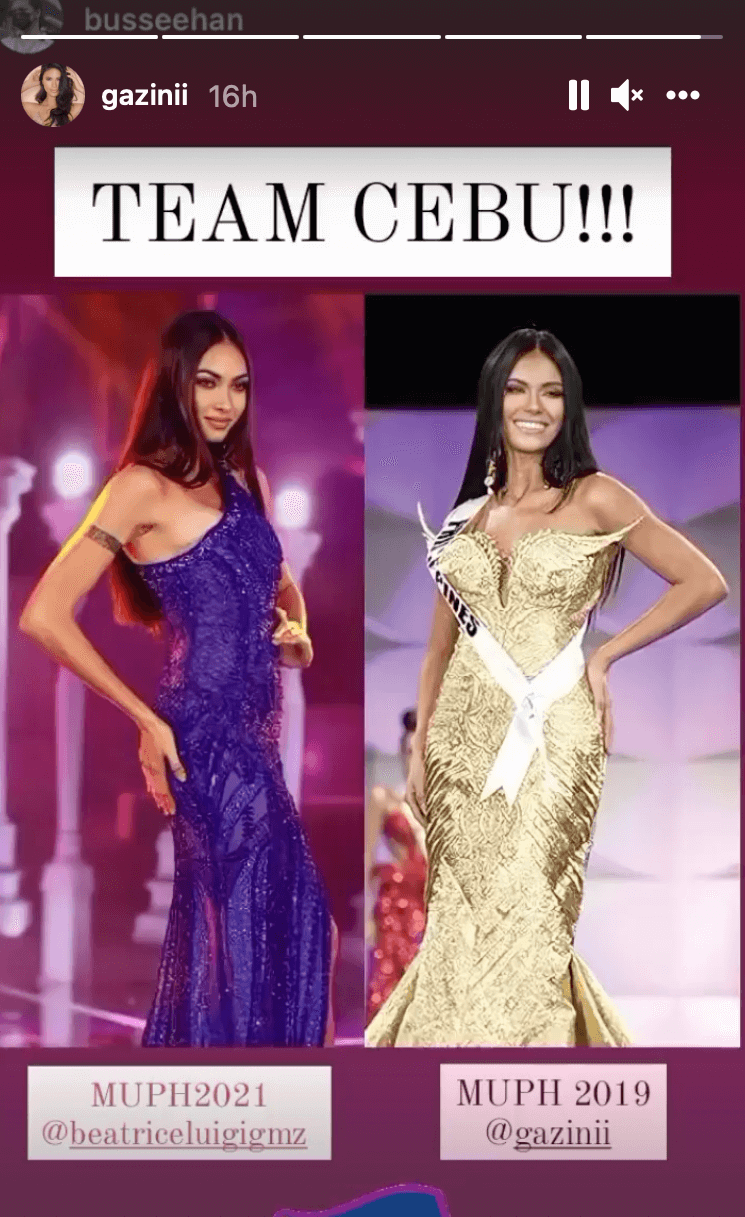 MJ Lastimosa, who watched the competition live at the venue, did not just congratulate Gomez but also defended her from pageant fans who thought she did not deserve to win the crown.

“Mga maritesss give the winner a break. Andami kong kaibigan hindi nanalo last night too but I’ve understood that aside from your efforts, you can’t mess with your destiny. Nasabi ko nga kagabi na dark horse sya coz obviously not a mainstream girl but was definitely an eye catcher!” MJ tweeted.

Congratulations Bea! So unsa naman gyud visayas from iloilo to cebu ha! ❤️ Can’t wait for you to raise our flag in Israel! Sukol dzaiiii!!! ?? pic.twitter.com/E686vrvaIR

She added, “And true enough nagtuloy-tuloy. Her stars were evidently shining, oha! Haha! Instead of making the winner feel that her hard work is not valid, go check on your candidates. Make them feel loved. Defeat takes time to be accepted but mind you it’s a good tool for success too. Lavarn.”

The 70th Miss Universe pageant will be held at the southern resort city of Eilat in Israel in December.

An uprising in the seams

To ink or not to ink: Should your first tattoo have a deep meaning?

My fashion field of dreams