“I’m Olivia Rodrigo, I’m a Filipina, I’m a lumpia fan, I’m a daughter, a granddaughter and a great-granddaughter,” proclaimed the singer-songwriter and TV star in a Disney Channel video that celebrates diversity by highlighting her heritage, which goes way back to her paternal great-grandfather who came to America on a boat when he was a teenager.

The Filipino community could not feel any prouder, since Olivia is the latest international pop sensation and was even invited by President Joe Biden to the White House to help promote vaccination among the youth.

Her debut single, Driver’s License, became the hottest song on the planet, breaking Spotify’s record twice for most daily streams ever and the first song in history to hit 80 million streams in seven days, not to mention reaching number one in the charts in the US, UK and other countries around the world.

By May, when her album “Sour” was released, she received further accolades, with Slate magazine declaring her as her generation’s “most versatile new artist” and Clash critic Robin Murray regarding her as “one of Generation Z’s finest.”

Pride in her Filipino roots and revelations of vulnerability in her songs reflect an authenticity that appeals to her generation. But her eco-conscious style has been a major part of her popularity as well.

She has become a role model for her generation, which also realizes their social responsibility by shopping and dressing accordingly.

Although she was already getting into vegetarianism and other ways to be more sustainable in her life, watching the 2015 documentary, The True Cost, was a turning point that made her realize how clothes can have a detrimental effect on the environment. “Back then, I was a huge shopaholic, going to the mall to buy a bunch of crap I didn’t need… but the film changed my perspective. So now all my clothes are secondhand or from sustainable sellers,” she related in an interview for Vogue.

She has become a role model for her generation, which also realizes their social responsibility by shopping and dressing accordingly. Across media channels, more than 28 million follow her advocacies as well as her tastes in fashion, which gravitate to the 1990s and the 2000s, from lingerie-inspired crop tops and oversized Prada T-shirts to Vivienne Westwood plaid minis and ’90s Betsey Johnson party dresses that she would match with Dr. Martens boots, platforms and Converse sneakers.

Just like Olivia, her followers buy and sell their vintage clothes on Depop, the fashion-reselling app with 30 million registered users across 150 countries. The app solves the three big problems that her generation faces: “They want to feel unique, to shop with (and from) friends, and to build their own green businesses without losing a drop of street cred,” according to the app’s founder Maria Raba in an interview with Forbes.

The embrace of vintage fashion as a rebellion against fast fashion finds a parallel in the ’60s and ’70s when hippies wore vintage as an anti-consumerist stand.

Thrifting has become a shopping habit of Gen Z, who make up 42 percent of the global secondhand market of $36 billion, projected to more than double to 77 billion in four years, according to ThredUp, an online consignment company.

The embrace of vintage fashion as a rebellion against fast fashion finds a parallel in the ’60s and ’70s when hippies wore vintage as an anti-consumerist stand.  This continued in the ’90s with designers like Vivienne Westwood in the punk movement. By the 2000s Kate Moss, Nicole Kidman, Loulou de la Falaise, and other celebrities made vintage a status symbol, sourcing rare designer ensembles from specialty boutiques like Didier Ludot in Paris.

Buying vintage then, however, was very trend- and season-based that was characteristic of throwaway fashion and vintage looks were, in fact, mass-produced, resulting in the bland sameness of high-street fashion and e-commerce sites, which is exactly what the youth are rebelling against today.

In the Philippines, this demand for individuality with social responsibility has also found many advocates. Although ukay-ukay never really went away from the ’70s Bambang days of wearing vintage barong tagalogs paired with jeans, the generation today has come up with its own version of upcycled and reworked pieces as well as slow, sustainable fashion.

Sophia Lumbao of Fifi’s Vintage loves thrifting and sells her finds together with her own creations of cropped tops and blouses reworked from extra-large men’s shirts.

Just like the crop top, another fashion staple of Olivia is the corset, which Gaza Stores makes from secondhand fabrics. Also on the ’90s wavelength is Vin the Line’s color-blocked tops and blazers.  In a more romantic bent is Roxann Vintage’s voluminous-sleeved tops and jeans reworked with lace inserts. For some statement pieces, both on the romantic and minimalist side, there’s Sweet Repeatt. 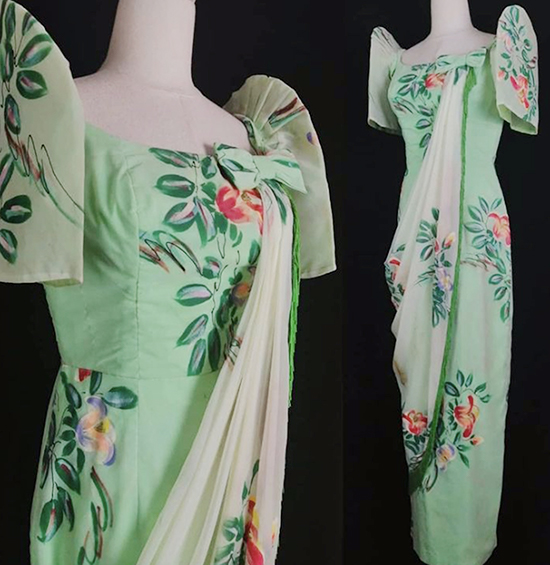 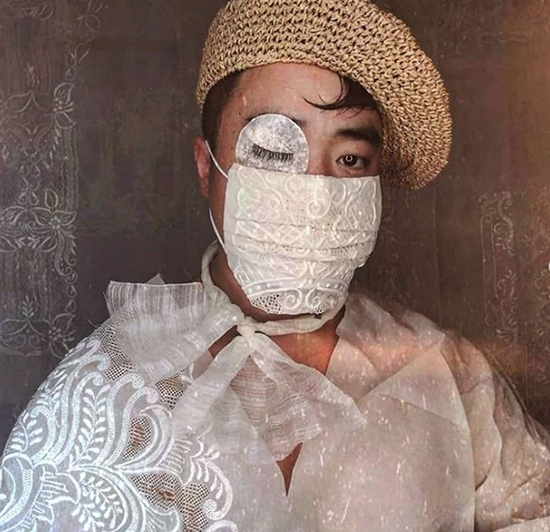 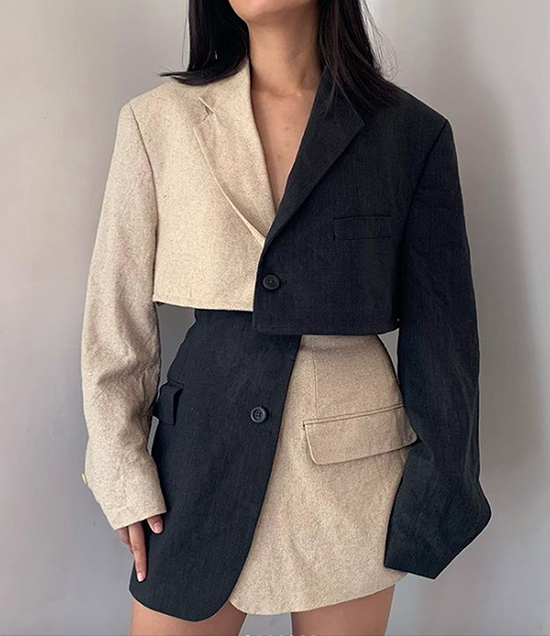 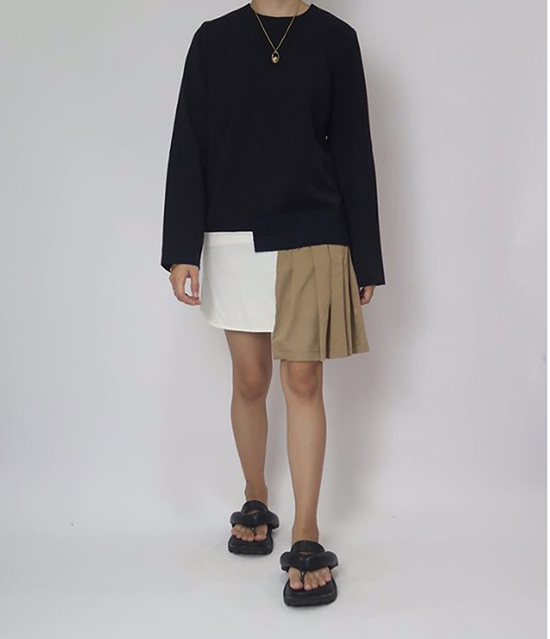 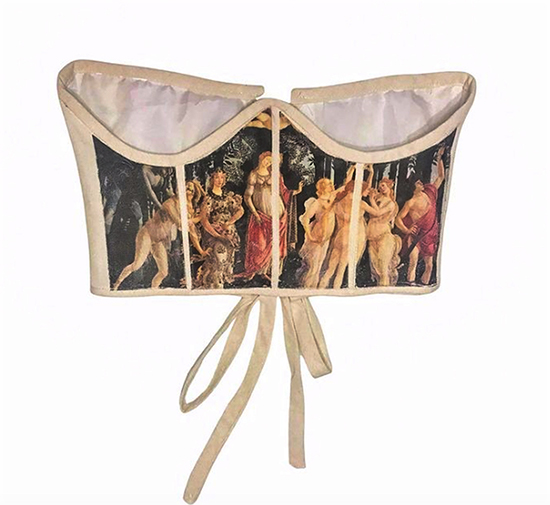 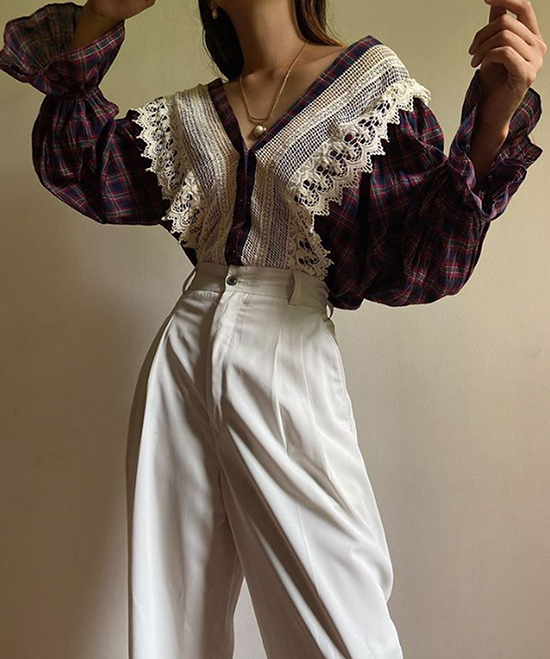 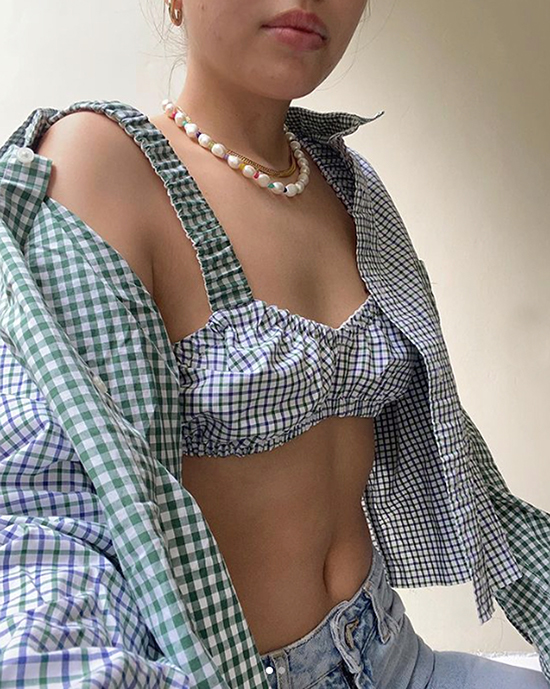 Vintage Filipiniana gets the cool factor at Glorious Dias, celebrating the Philippines’ heydays of decades past with reworked ’70s barongs turned into shirtdresses and matching masks, bright tropical floral ternos and so many other finds.

Olivia would definitely approve, not to mention go gaga over pieces from her Filipino heritage. She would also be happy to know that the youth in her ancestral home country are right on track in saving the planet.