As the most vulnerable segments of society, all children deserve to live in a safe space devoid of abuse and exploitation.

The internet has been deemed an integral part of one’s life, especially during the pandemic—it bridges distances and allows people to connect during the times when everyone had to be physically separated because of the threats of the pandemic.

However, even before the COVID-19 pandemic, there was a threat already fast spreading in the Philippines—online sexual exploitation and abuse of children (OSAEC).

In a study by UNICEF, the Philippines emerged as the center of child sex abuse materials production.

What’s more alarming is that 80 percent of Filipino children are vulnerable to online sexual abuse, some reportedly facilitated by their own parents. And amid the COVID-19 lockdowns, the Philippines has seen a significant increase in OSAEC, as families turn to this despicable activity to earn easy money due to worsening poverty.

The bad touch: Online sexual abuse and exploitation of children in the Philippines

To take on the fight against online sexual abuse and exploitation of children in barangays, “Safer Spaces for Kids” was recently launched.

This collaborative program by PLDT and Smart, together with Kids for Kids Philippines and SaferKidsPH (the pioneering consortium of Save the Children), The Asia Foundation, and UNICEF, aims to fight OSAEC in barangays and create child-friendly spaces in grassroots communities.

Co-founded by sisters Natasha and Isabella Tanjutco, Kids for Kids PH, through its Kakampi Klub global alliance and campaign, engages the youth sector and advocates a multi-sectoral and community-based approach to help fight OSAEC. The youth-led group, together with SaferKidsPH, has brought its efforts on ground, this time with PLDT and Smart as its partners from the private sector.

Safe Spaces for Kids starts in barangays Carmen and Canito-an in Cagayan de Oro City, and in Tubod in Iligan City. It aims to equip, train, and mobilize Barangay Council for the Protection of Children (BCPC) units towards OSAEC prevention, rescue, and rehabilitation.

The BCPCs are dedicated units of local governments tasked to deliver basic services and uphold children’s rights in grassroots communities.

During the program’s online launch recently, UNICEF child protection program coordinator Atty. Mitch Muñoz said the program pilots in Cagayan de Oro City and Iligan City as these are two areas that are considered hotspots of OSAEC in the Philippines.

Wo Rosete, Smart assistant vice president and head of government, added that the two cities are committed to create safe spaces online for children in the community.

“As Cagayan de Oro City Mayor Osacar Moreno said, they allocated resources to protect children online. That says about the readiness and the commitment of both LGUs for protecting the children of the community,” Rosete said. 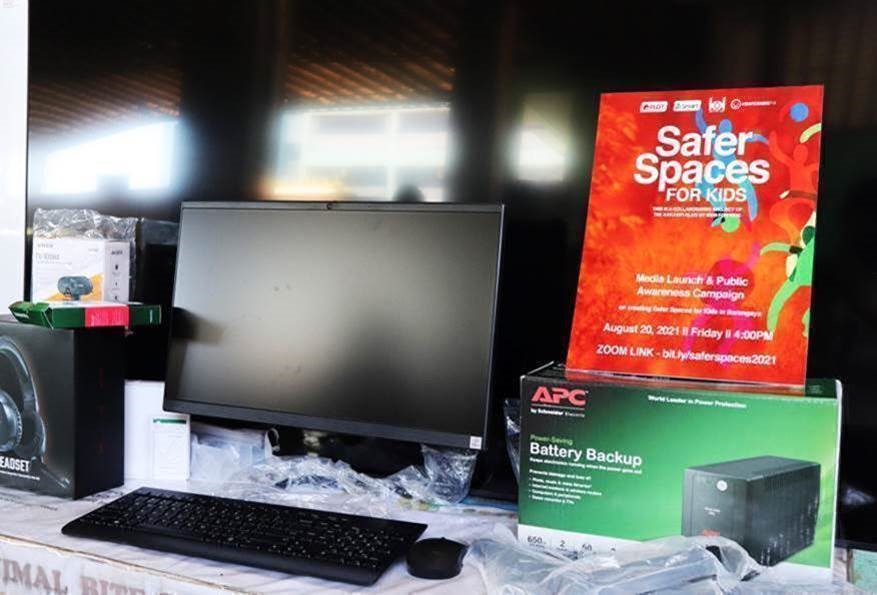 To support the program, PLDT and Smart are providing connectivity, and rolling out learning resources on digital safety and wellness, as well as fundraising efforts.

The alliance will also work with local governments, BCPCs and the youth sector to strengthen community response against OSAEC.

For his part, UNICEF deputy representative Behzad Noubary explained several factors that promote and prevent OSAEC. “Children’s lack of understanding of dangers online place them at risk of being victimized. Parents who have no food on the table may be pushed to sell their children online, often unaware of the damage that these crimes have on their children.”

To stop the abuses, Noubary urges the children to be mindful of their internet use, for parents to foster an open relationship with their children, and for LGUs to increase resources, establish local ordinances and train frontliners to prioritize the best interest of the child.

Meanwhile, Kids for Kids PH co-founders Natasha and Isabella Tanjutco said they welcome the boost of support to their initiatives for children’s rights.

“We believe that forsaking our children would be like forsaking our nation. With OSAEC being a very difficult topic to address, Kakampi Klub hopes to create an opportunity for more digestible conversations while looking at the root causes of the issue—the lack of education, food security, safe spaces, and policy,” the co-founders said. “A lot of kids don’t have a voice. Our role here is to fight for them and with them.”

To report cases of OSAEC, call the Aleng Pulis hotline of the Philippine National Police-Women and Children Protection Center at 0919-777-7377.

How to get into Harvard? Dr. Tricia Robredo shares her best piece of advice

CEOs so fit to work (After you, Jeff Bezos and Mark Zuckerberg!)