A few years ago, I was faced with a serious dilemma. I wanted to express support to my suicidal friend, especially in moments when she tweeted things like “I should be gone by (date)” or joked about killing herself like it was nothing. You see, our friendship had never been the mushy type—while she talked to me about being depressed, it was mostly fun and games when we were together. So each time I checked up on her during her dark times, she either said she was okay or simply ignored my text messages. At some point, I decided to just give her some space. That way, I wouldn't trigger her emotions more, I thought.

But then it came as a shock to me when she later shared on Twitter that she tried to take her own life through overdose and kept it all to herself. The thread stayed in her account for only a few minutes, but I was able to read its painful details. It happened a few days before Christmas. The holiday season had a festive mood as usual, but all I could think of was the fact that I could have lost her.

The Philippine Statistics Authority's latest data (as of Aug. 2021) show that "intentional self-harm" is the 28th leading cause of death in the country. But to this day, it’s still not being talked about enough. Some, like my friend, would understandably opt to bottle up their feelings and keep to themselves.

For a person to even think about attempting suicide is a result of an interplay of different factors like biological, social, and emotional.

How would we know if someone is considering suicide?

According to licensed psychologist Dr. Michael Macaraig and general psychiatrists Dr. Chris Alipio and Dr. David Valderrama, the red flags include depression, sudden changes in behavior following significant stressors, subtle goodbyes, making amends for their wrongdoings, and pagbibilin, among others.

It's important, however, to be careful in labeling someone "suicidal."

"Before one would understand the warning signs, it has to be understood first that for a person to even think about attempting suicide is a result of an interplay of different factors like biological, social, and emotional," licensed psychologist Wenna Brigaste told PhilSTAR L!fe. "Suicidal behavior is usually thought of as a means to end a seemingly unending pain and exhaustion from emotional distress. It is not something that simply comes as free thought."

"It has to be established first that the person is really trying to take his/her own life, so a referral to a mental health (MH) professional who could properly assess the situation would be advantageous," she continued.

If you feel that your friend is a danger to themselves and doesn't want to get help, you have to take action. They may not be exercising ‘good’ judgment at that moment, so you will have to decide.

Dealing with a suicidal friend who doesn’t want to talk is a challenge in itself. Of course, we wouldn’t want them to push us further away. We have to let them know that they can trust us, and telling their loved ones about their plan could significantly break that. 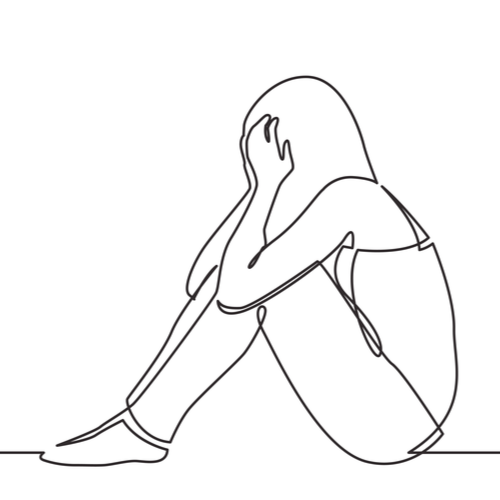 The law also states that we cannot disclose someone’s mental health condition to others.

“Third parties are prohibited from disclosing any information, communications, and records regarding a service user's mental health condition, as well as any treatment or care they have received without the written consent of the service user or of the service user's legal representation,” said Atty. Mario Ryan Lauzon of RRV Legal Consultancy Firm. A person’s general right to privacy is also stated in Article 26 of the Civil Code, affirming “that every person shall respect the dignity, personality, privacy and peace of mind of his neighbors and other persons."

This, however, is subject to a few exceptions, including cases where “a life-threatening emergency exists and such disclosure is necessary to prevent harm or injury to the service user or other persons,”  based on Section 5 (Rights of Service Users) of the Mental Health Act.

One thing I've learned from my interviews is that the "right to privacy" may be trumped by the possibility of intentional self-harm.

Life is much more important than friendship.

Alipio also pointed out that mental health professionals have a “duty to protect” and a “duty to warn,” and he believes we should abide by these principles, too.

“If you feel that your friend is a danger to themselves and doesn't want to get help, you have to take action. They may not be exercising ‘good’ judgment at that moment, so you will have to decide,” he said.

It’s totally understandable that we hesitate to breach their confidentiality and let their loved ones know their secret. But here’s the honest, unromanticized truth: life is much more important than friendship. Our job as friends is to become their anchor of support—and this also means keeping them alive and safe from any kind of danger.

When my close friend tweeted a thread about her suicide attempt—and deleted it moments later—I immediately reached out not only to her, but also to some of her nearest and dearest. She didn’t open my message at the time, but the next Christmas, I received a heartwarming letter via e-mail. It was from her.

From all of this, I realized that making a suicidal friend feel seen and heard always, in all ways, could make a huge difference. Don’t make them feel like a burden. Talk to them with utmost love and care. It’s also important to keep an eye on details on how and where they might do it as well as the things they are surrounded with so we would know how else we can help them. That’s one of its tricky parts, but their life, choosing life, is always worth it.

The pandemic continues to exact a heavy toll on Filipinos' mental health. How to cope?