Every two minutes, a woman dies of cervical cancer worldwide. This disease remains a burden, especially in low-resource countries like the Philippines where facilities for prevention, screening, diagnosis and treatment are lacking.

“Half a million cases are diagnosed every year and 50 percent occur in Asia,” said Dr. Christia Padolina, president of the Philippine Obstetrical and Genealogical Society.

More than half of those diagnosed every year will die in the same year because most of the time, they are diagnosed very late.

“If we do not do anything about this, there will be a four-fold increase in the mortality to a million cases per year within the next 30 years,” warned the feisty lady doctor.

And with the significant global attention currently focused on how to deal with the COVID-19 pandemic, other health concerns like cancer screening, treatment and vaccination programs have taken a backseat, not only due to financial issues, but also fears of contracting the deadly virus.

This decision can present serious ramifications not only for the patient, but also for overall public health. Slowing down or stopping access to cancer treatments and vaccination increases the risk of outbreaks of other vaccine-preventable diseases.

Jo’s Cervical Cancer Trust, the United Kingdom’s leading cervical charity, which surveyed 851 women between May 29 and June 9, reported that 25 percent were worried about the risk of contracting COVID-19 if they went to a cervical cancer screening appointment.

In the Philippines, cervical cancer ranks second among the leading prevalent types of cancer among women.

“To defer essential screening and preemptive health actions in high-burden settings is not advisable,” noted Dr. Padolina. “It may lead to an increase in the incidence of morbidity and mortality among women by an otherwise preventable and treatable disease.”

According to Dr. Kazunori Ochiai, president of the Asia Oceania Federation of Obstetrics and Gynecology, diagnosis and treatment for cancer patients are delayed because of the pandemic.

“Screening and prevention are halted. As a result, the treatment outcome is seriously affected,” noted Dr. Ochiai. “The number of people who have been screened in Japan for five types of cancer — lung cancer, gastric cancer, colon cancer, breast cancer and cervical cancer — started to decrease, from 64 percent in March to 16 percent in April and eight percent in May,” he added.

“In Japan, most patients switched to telemedicine in order to maintain social distance. It is also useful to introduce self-sampling method to reduce the chance of contact,” explained Dr. Ochiai.

Furthermore, less invasive examination is required to reduce the chance of exposure to blood and molecules. 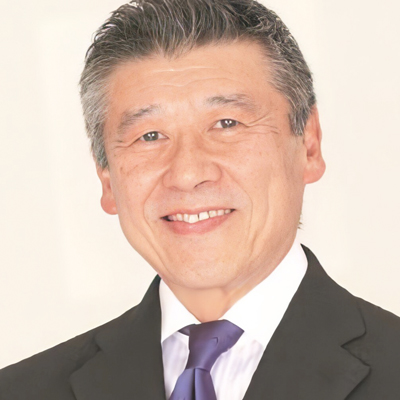 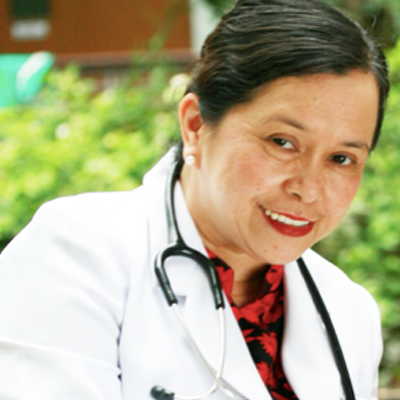 The time to act is now

The annual HPV Summit also commits to help build an HPV-free future by leading the discussion on the burden of the disease, preventive strategies (vaccination, therapy options and healthcare policies), and programs on HPV-related cancers and diseases.

Joining Dr. Padolina in the first-ever virtual summit are Dr. Cecilia Llave, chair of the Cervical Cancer Prevention Network of the Philippines, Dr. Ingrid Magnata, country manager of Jhpiego, an affiliate of Johns Hopkins University; and Prof. Kazunori Ochiai, who shared the impact of COVID-19 on cancer screening in Japan.

HPV stands for human papillomavirus. Genital HPV is a common virus spread mainly by skin-to-skin contact during sexual activity, which may have no visible signs or symptoms.

The incidence of cervical cancer in Asia Oceania countries varies from the lowest in Australia, with an age-standardized rate (ASR) of 4.9 percent per 100,000 women, to the higher ranges of 27 and 27.4 in India and Cambodia, respectively, to 28 in Mongolia, and 32 per 100,000 women in Nepal.

“Cervical cancer is reported as the most common gynecologic cancer among Filipino women aged 15 to 44,” shared Dr. Padolina. “With 7,200 cases diagnosed every year, the mortality rate is as high as 67 percent, with 4,088 deaths per year.”

According to the 2015 Philippine Cancer Facts and Estimates, there is an annual age standardized incidence of cervical cancer of 16 per 100,000 women with the highest incidence observed in the following cities in the NCR: Manila, Pasay, Pateros and Las Piñas.

“The estimated national standardized mortality rate is at 7.5 percent per 100,000 and the five-year survival rate of 45.4 percent,” noted Dr. Padolina.

At the Philippine General Hospital, there were 509 new cases in 2018 with 92 percent admitted during the advanced stages already.

At Jose Reyes Memorial Medical Center, there were 426 new cases seen, with 89 percent being in the advanced stage.

“Unfortunately, based on PGH statistics, among the new cases seen, only 18 percent were able to complete their treatment,” Dr. Padolina said.

“We agree to the World Health Organization strategy emphasizing on integrated implementation of the three pillars; HPV vaccination, cervical cancer screening, and treatment for all women by 2030,” enthused Dr. Padolina. “We need to champion the cause, inspire our colleagues and commit to cervical cancer prevention and elimination.”

To achieve the goal of less than four cases per 100,000 women by 2040, a holistic approach is vital and this includes HPV vaccination, screening and treatment of pre-invasive disease, treatment of invasive cervical cancer, and symptom management and palliative care.

Vaccination is considered one of the most optimal strategies in guarding against HPV. Regular screening is also recommended from age 30 and regularly afterwards to detect pre-cancerous lesions and cancer caused by types of HPV not covered by the present vaccination for women who may have no symptoms, and also to allow early detection for non-vaccinated women from areas where vaccination coverage is low. This includes a pap smear or visual inspection with acetic acid, and treatments for pre-cancerous lesions and cervical cancer in a single-visit approach.

In 2018, the World Health Organization (WHO) made a global call for action on cervical cancer elimination. A draft global strategy was created that outlined a list of targets by 2030 anchored on the three main pillars of prevent, screen, and treat.

The Philippines answered the call by outlining its own roadmap and strategies, which will be achieved through multi-sectoral partnerships and to be supported by healthcare legislations such as the Universal Health Care Act (RA No.  11223) and National Integrated Cancer Control Act (RA No. 11215).

Medical societies in the country joined multiple stakeholders across Asia Oceania in pledging their commitment to achieve worldwide health goals during the AOFOG Manila Declaration: A Call to Action Against Cervical Cancer event held last year.

“We are now moving forward beyond the Manila Declaration,” said Dr. Padolina. “As a country, we should be able to protect our women and girls from cervical cancer. We should be able to include the HPV vaccine in our routine national immunization.

“We want all women in the Philippines to know more about cervical cancer, be informed of its risk factors, signs and symptoms and where to go for help,” she added.