Style Living Self Celebrity Geeky News and Views
In the Paper Shop Hello! Create with us
Michael Varcas / The Philippine STAR

As the Philippines welcomes another president to rule the land for the next six years, a number of progressive groups continue to slam Ferdinand "Bongbong' Marcos Jr. during his inauguration day on June 30.

Bagong Alyansang Makabayan (Bayan) held the protest at the Plaza Miranda in Quiapo before the start of the inauguration at the National Museum.

The rally was supposed to be held at the Liwasang Bonifacio in the Ermita, Manila but was moved after a last-minute discussion with the Philippine National Police (PNP).

In the photos, seas of protestors walk to Plaza Miranda carrying signages and tarpaulins calling to never forget the human rights abuses that occurred during Marcos Sr.'s bloody Martial Law. They also called to reject the incoming Marcos-Duterte administration.

Manila Police District (MPD) spox Maj. Philipp Ines shared that protestors were asked to move to freedom parks to give way for the transition of power: Those who will hold a rally or protest, they are not allowed to go there, simply because this is the inauguration of our president."

"Secondly, if we cannot really prevent them, we have freedom parks in Manila, we have four: Plaza Miranda, Plaza Dilao, Plaza Moriones, and also Liwasang Bonifacio, but they cannot go anywhere near the venue," Ines added. 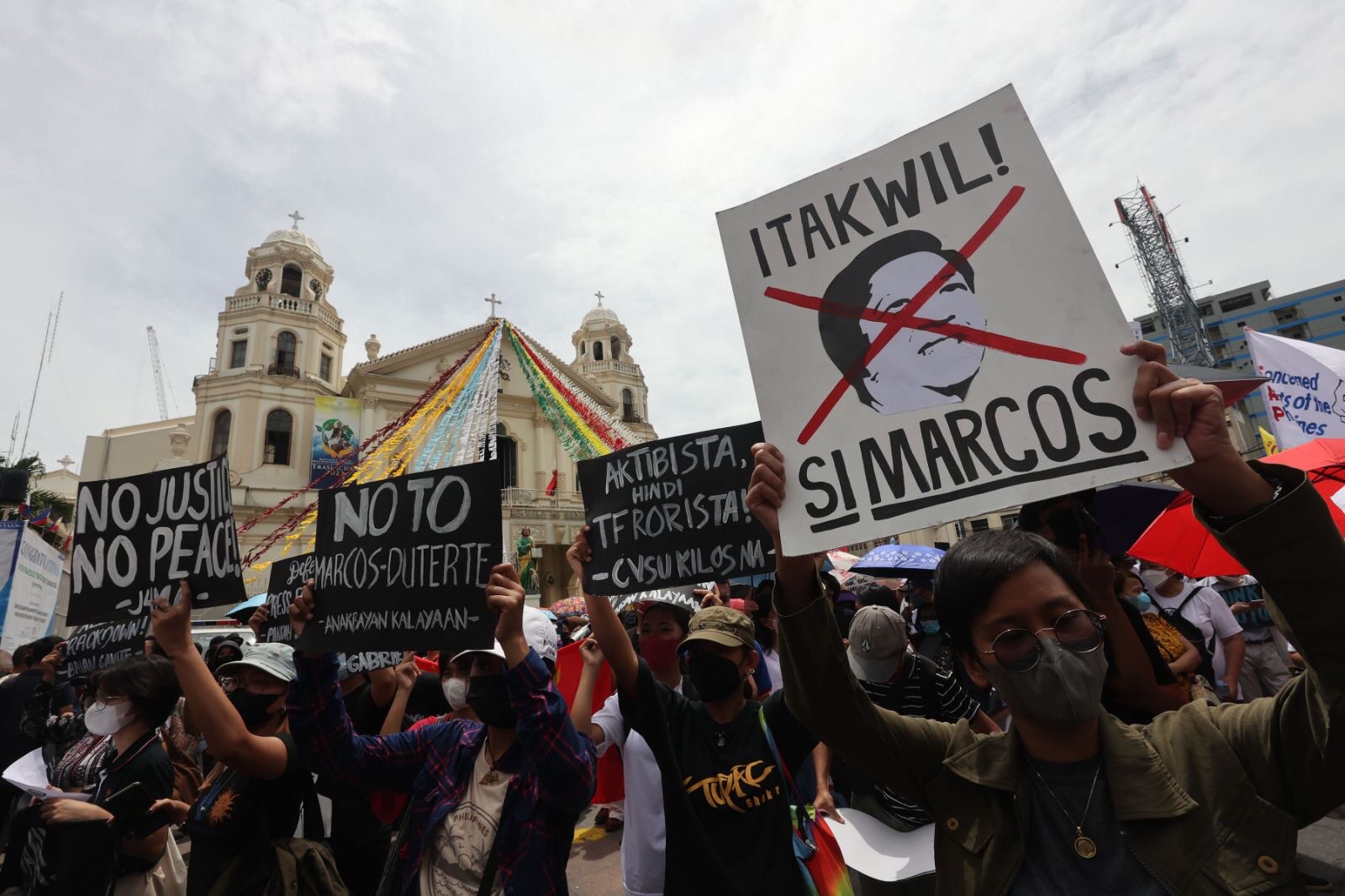 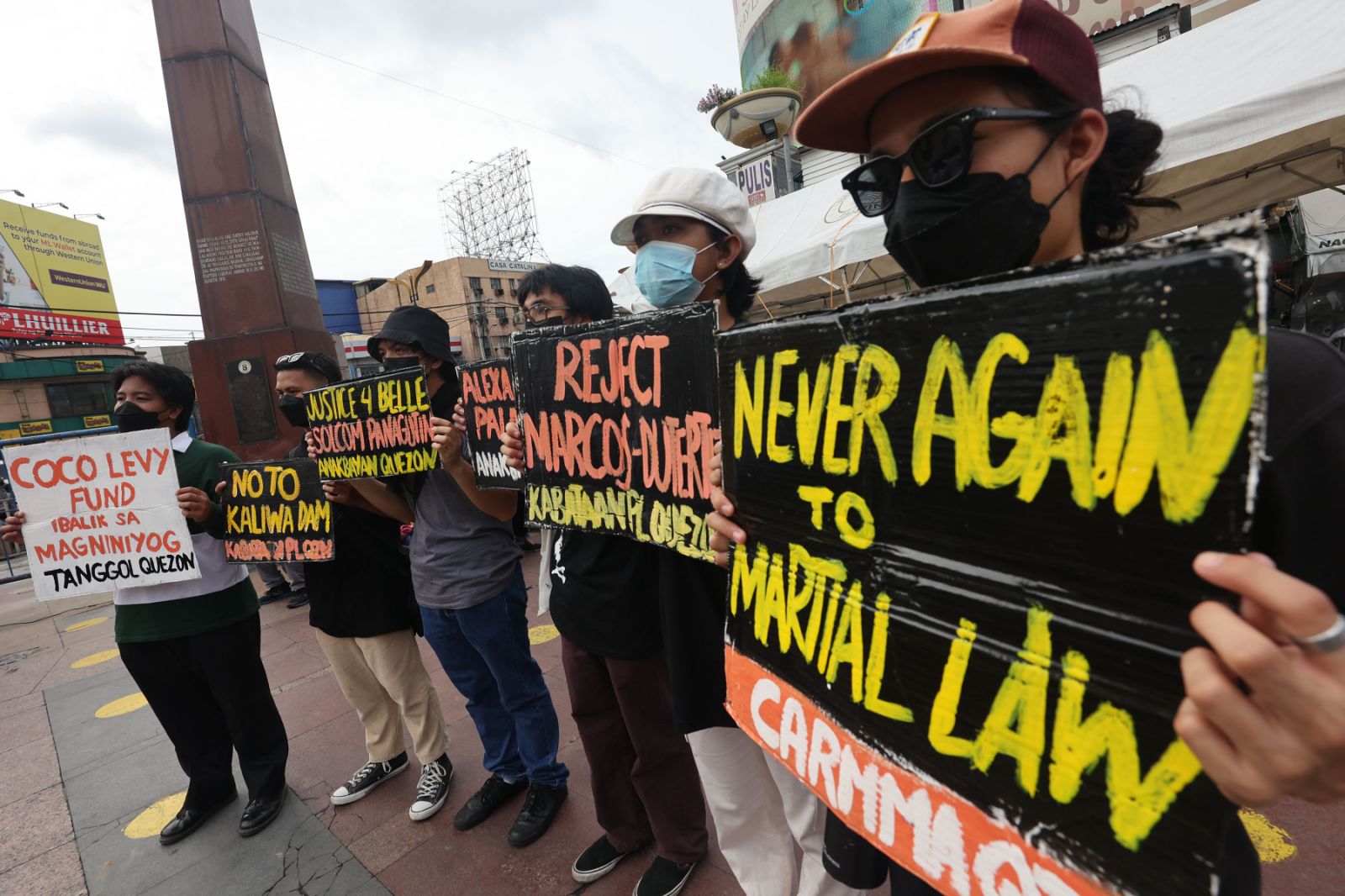 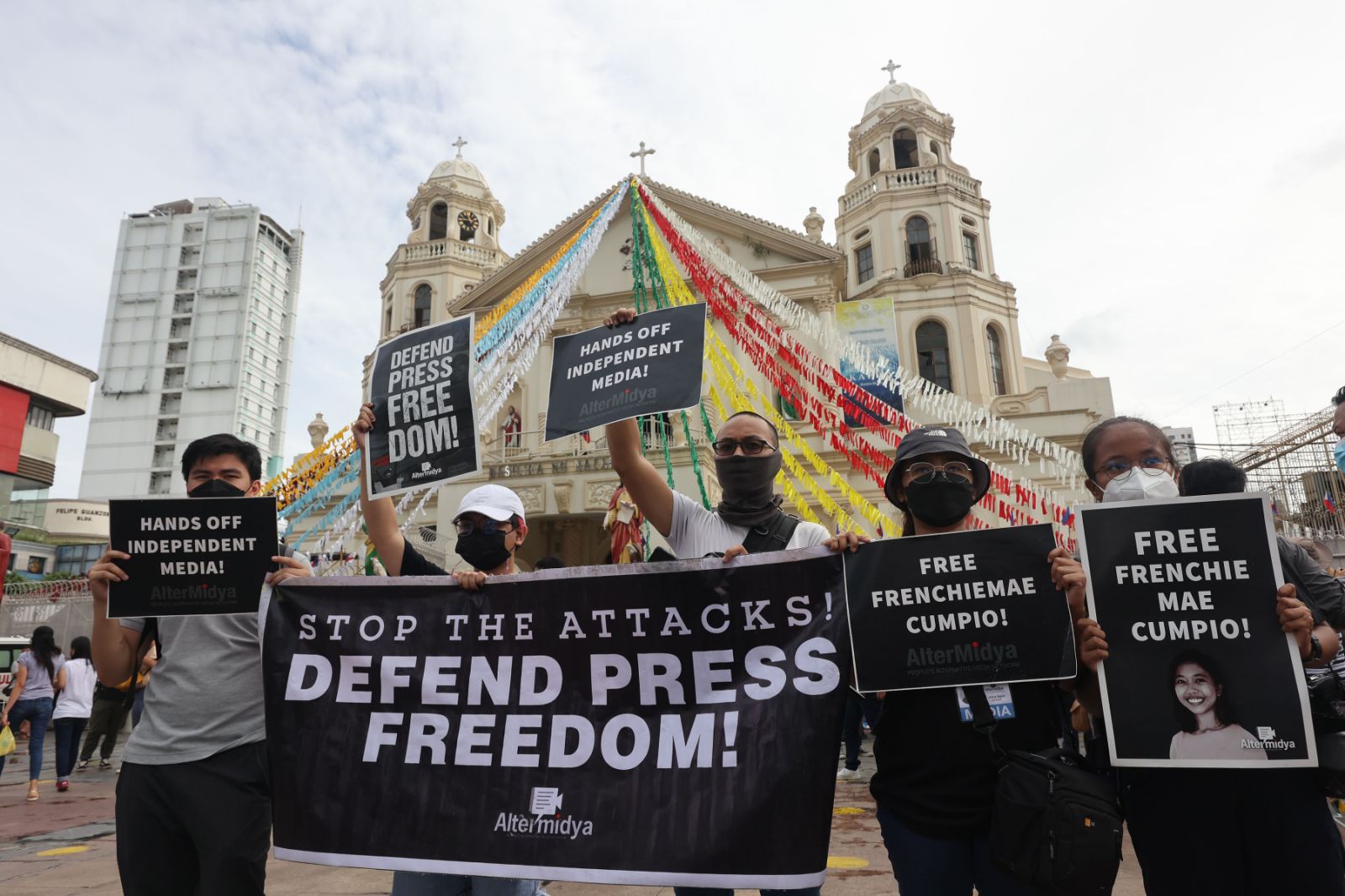 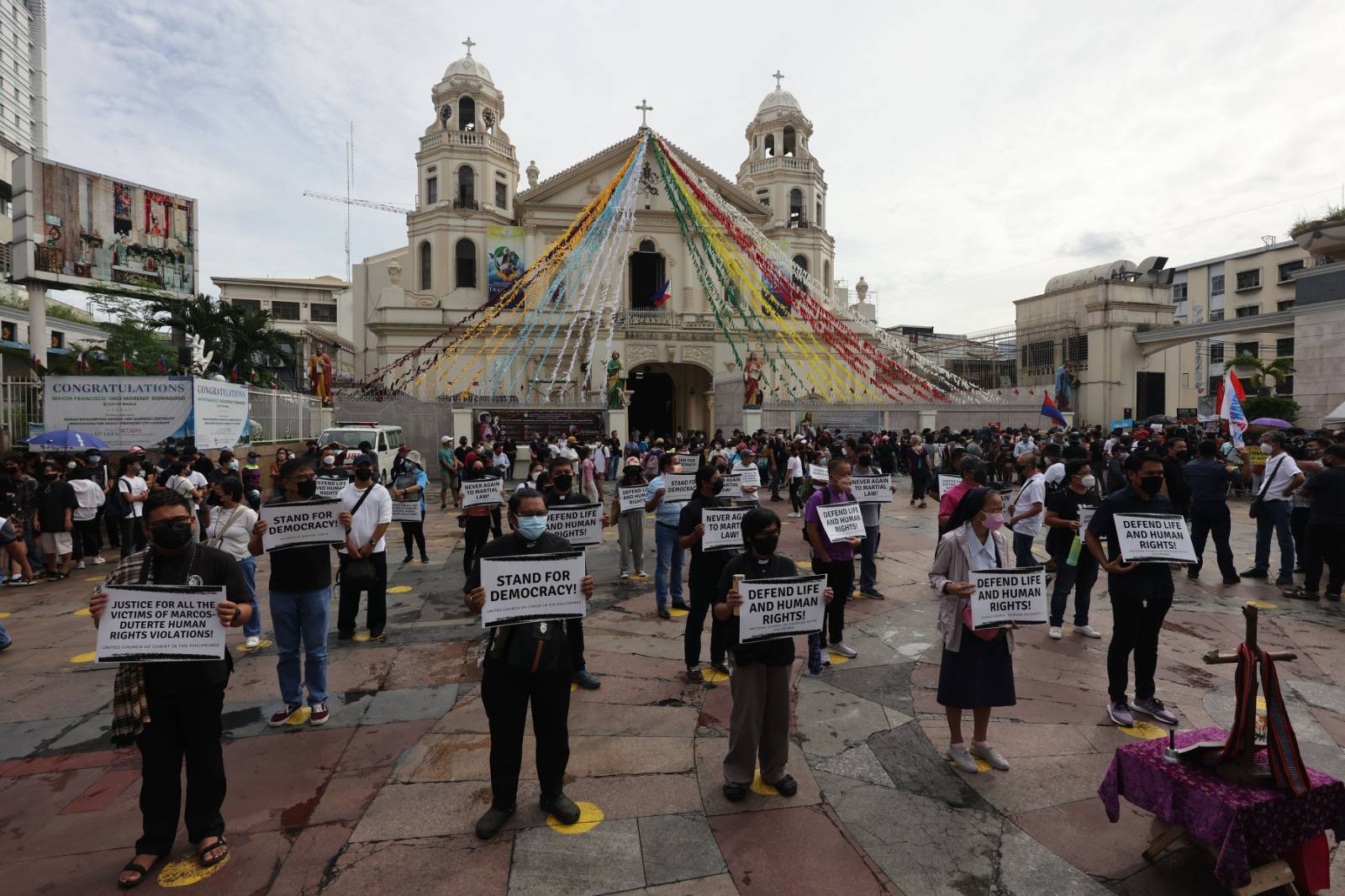 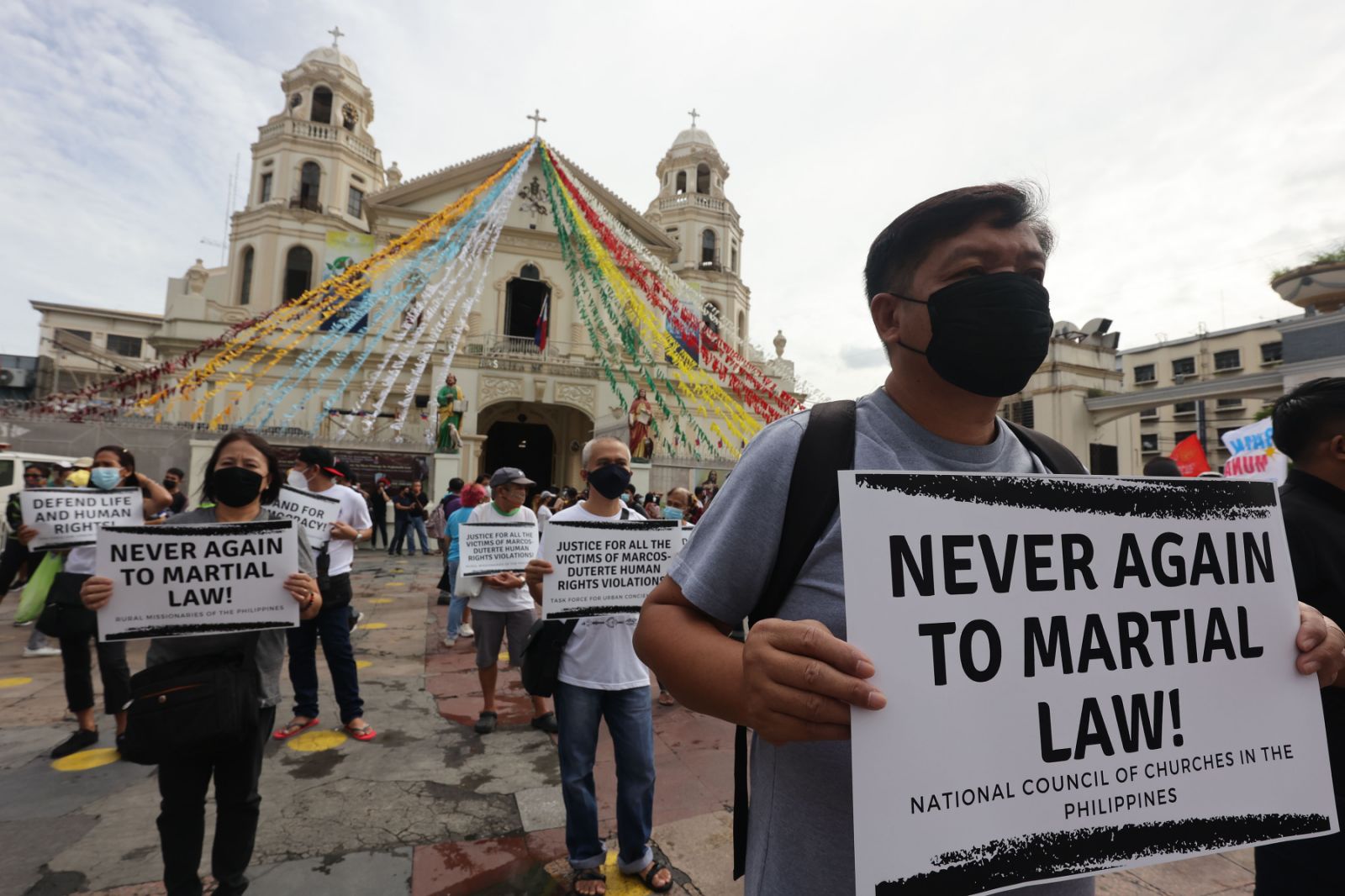 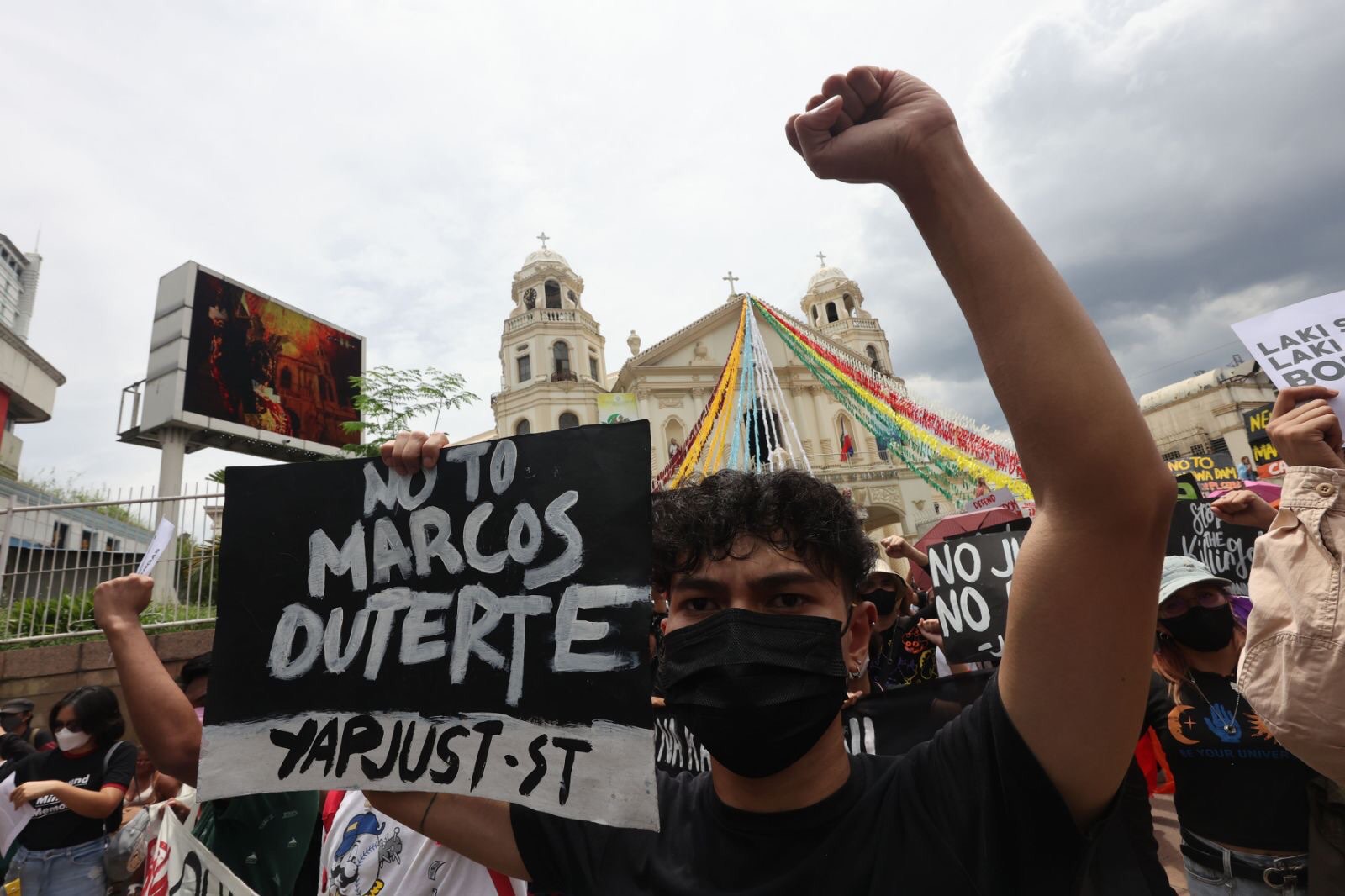 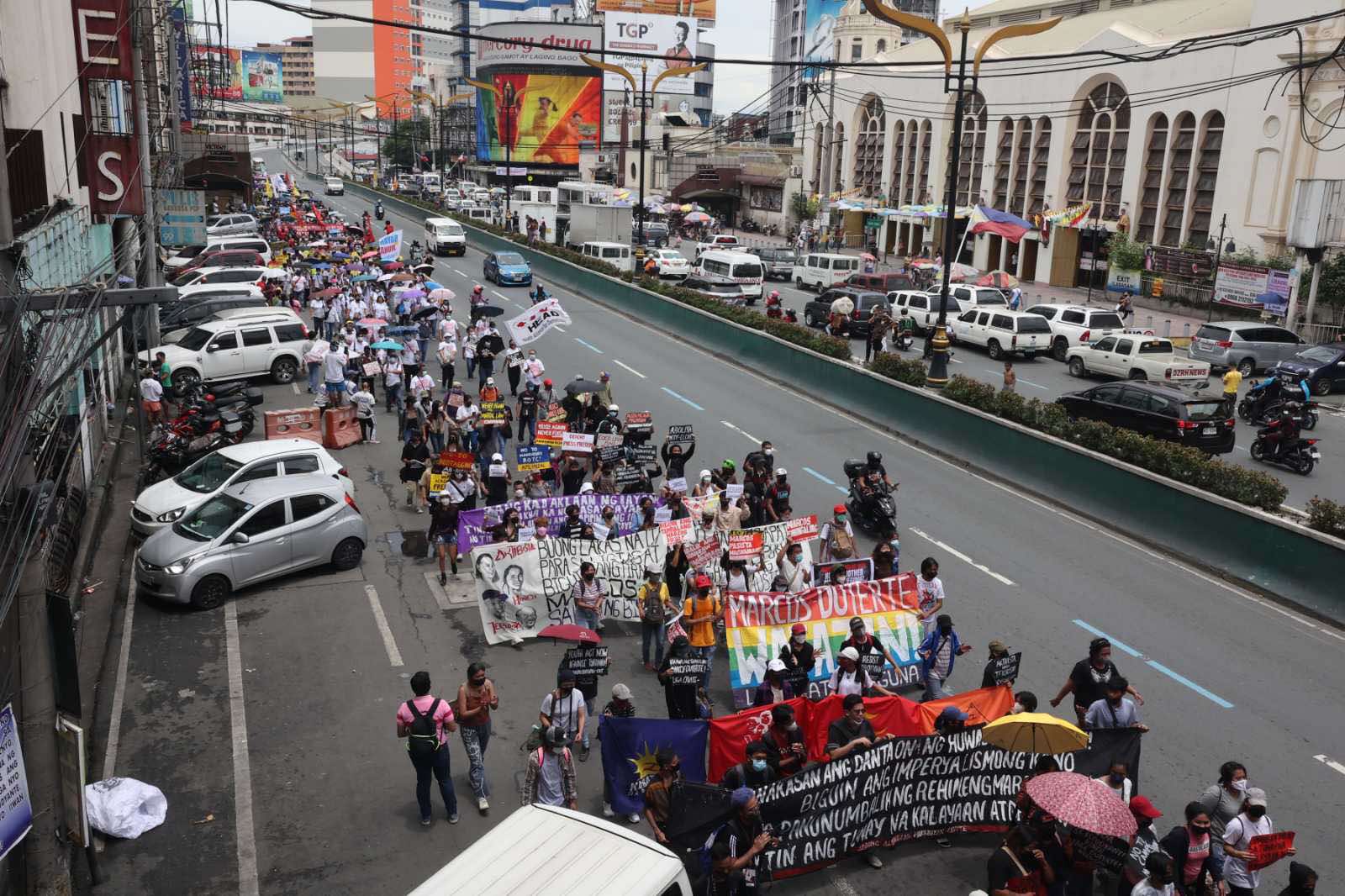 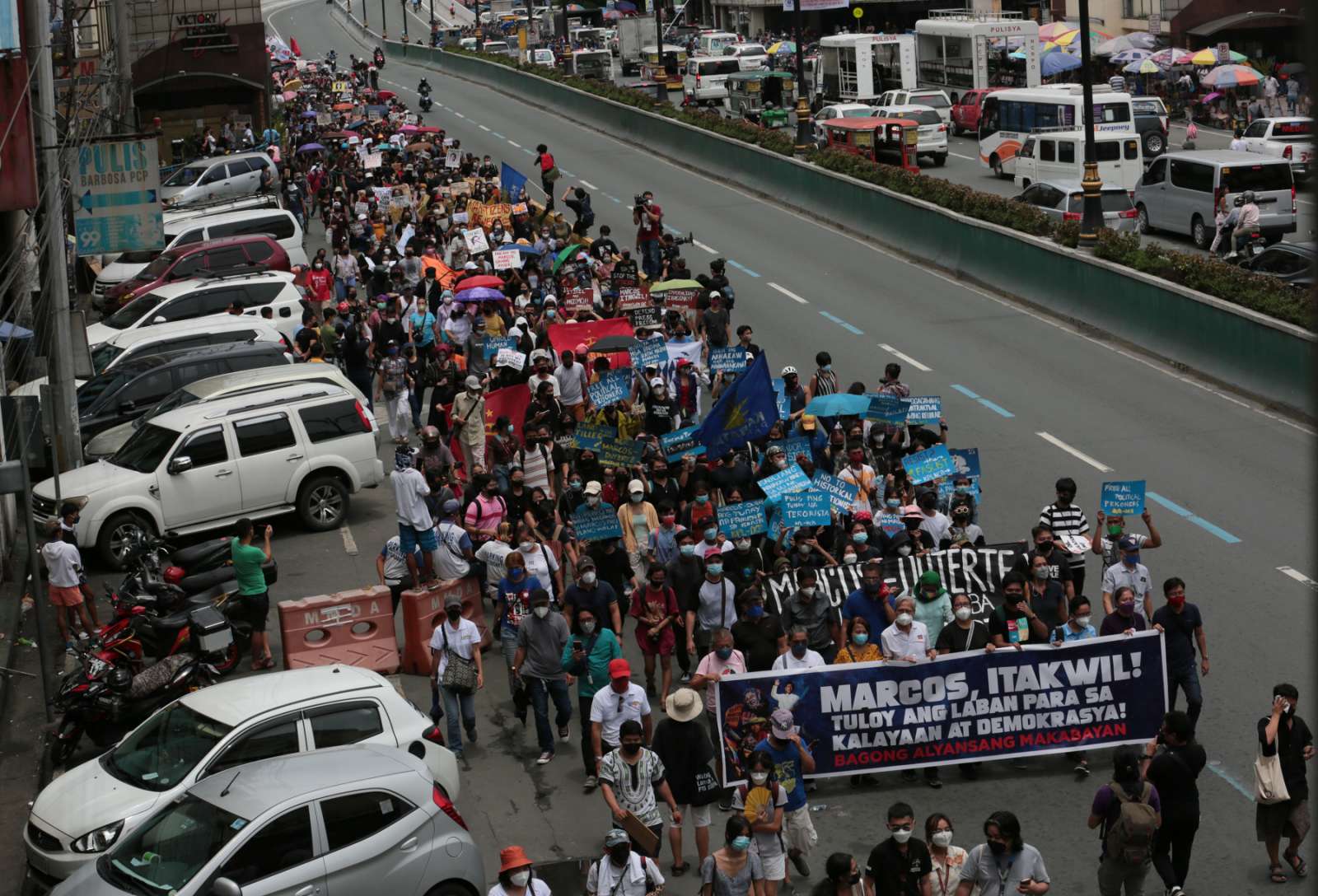 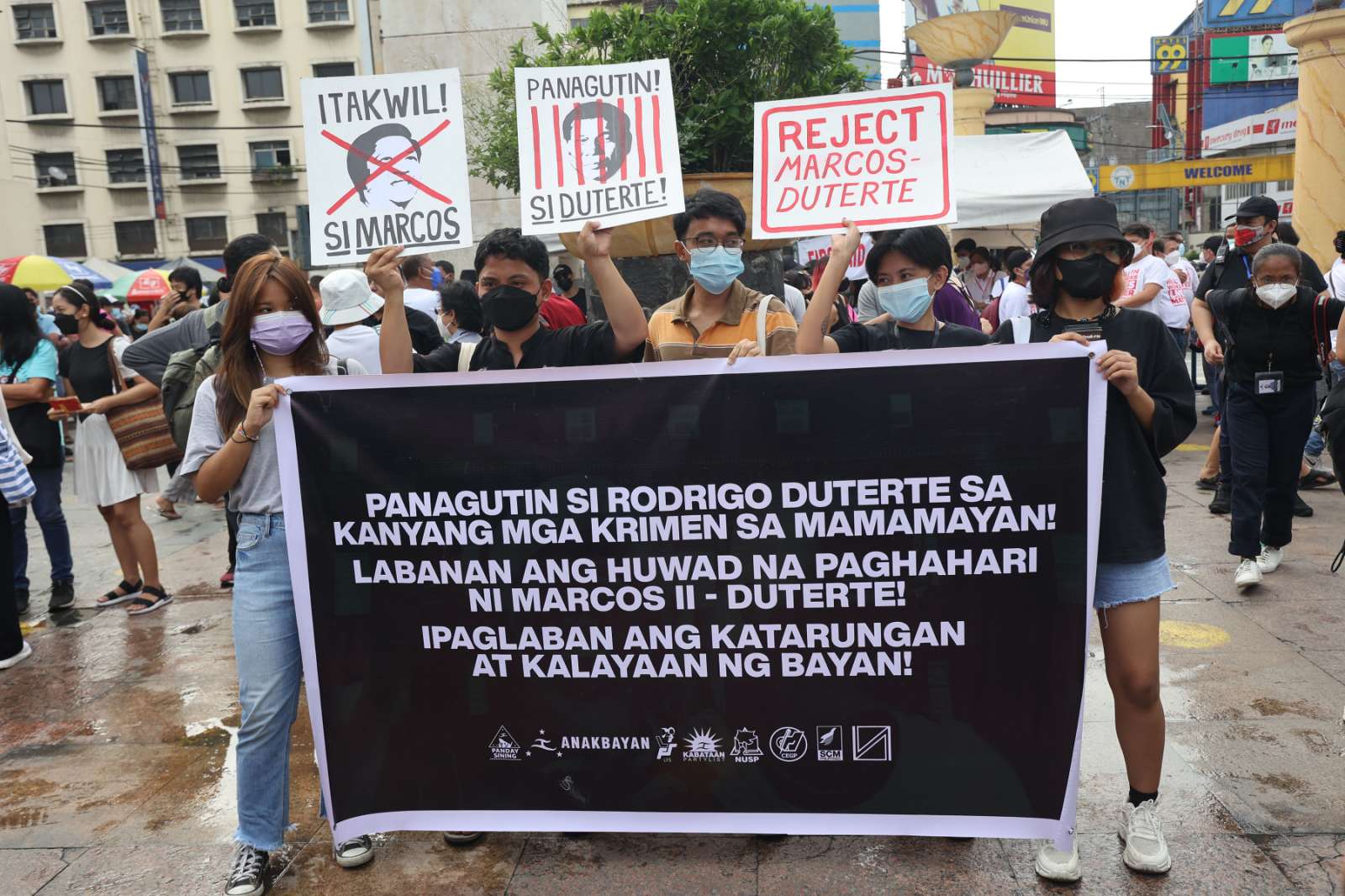 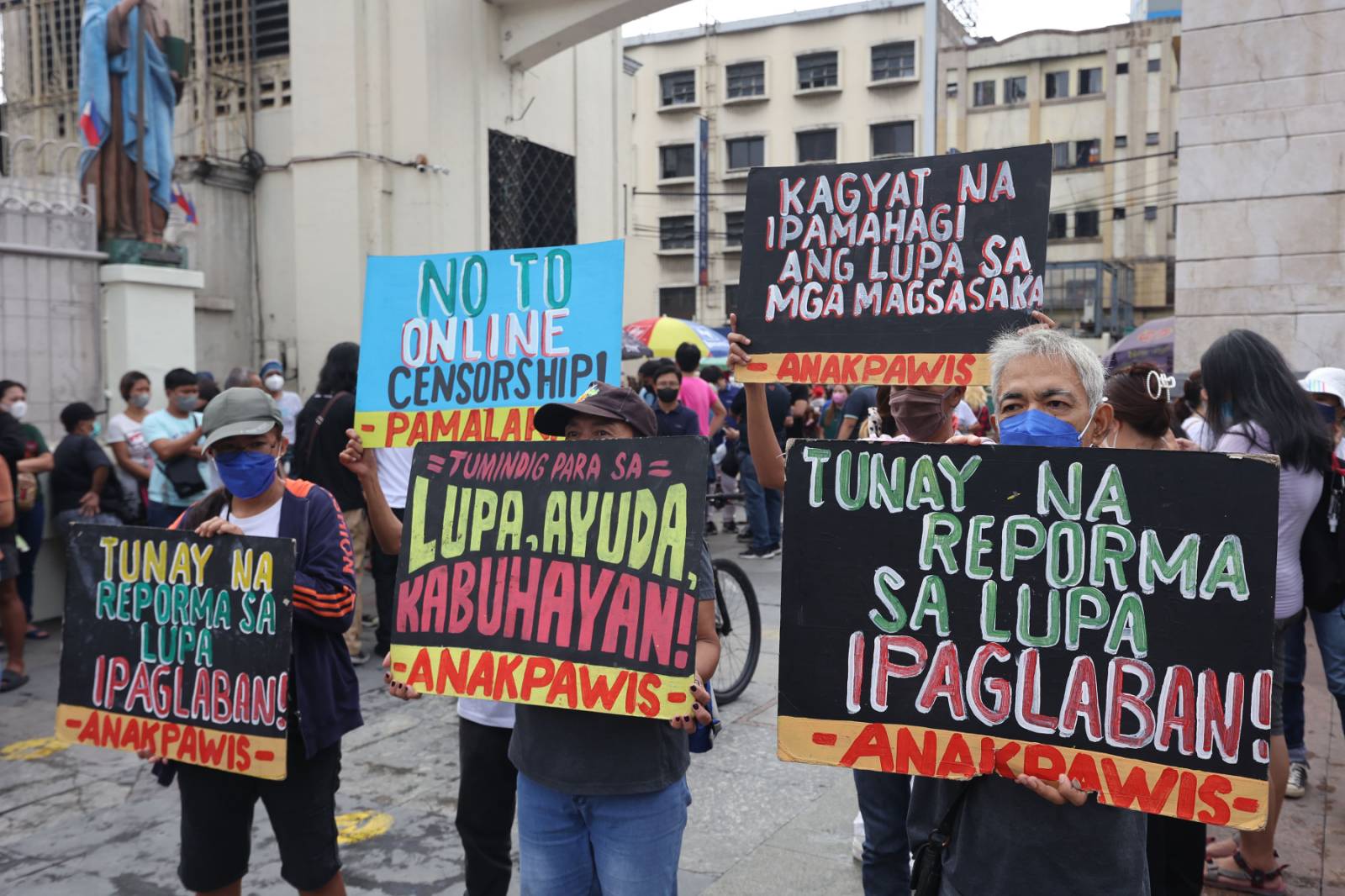 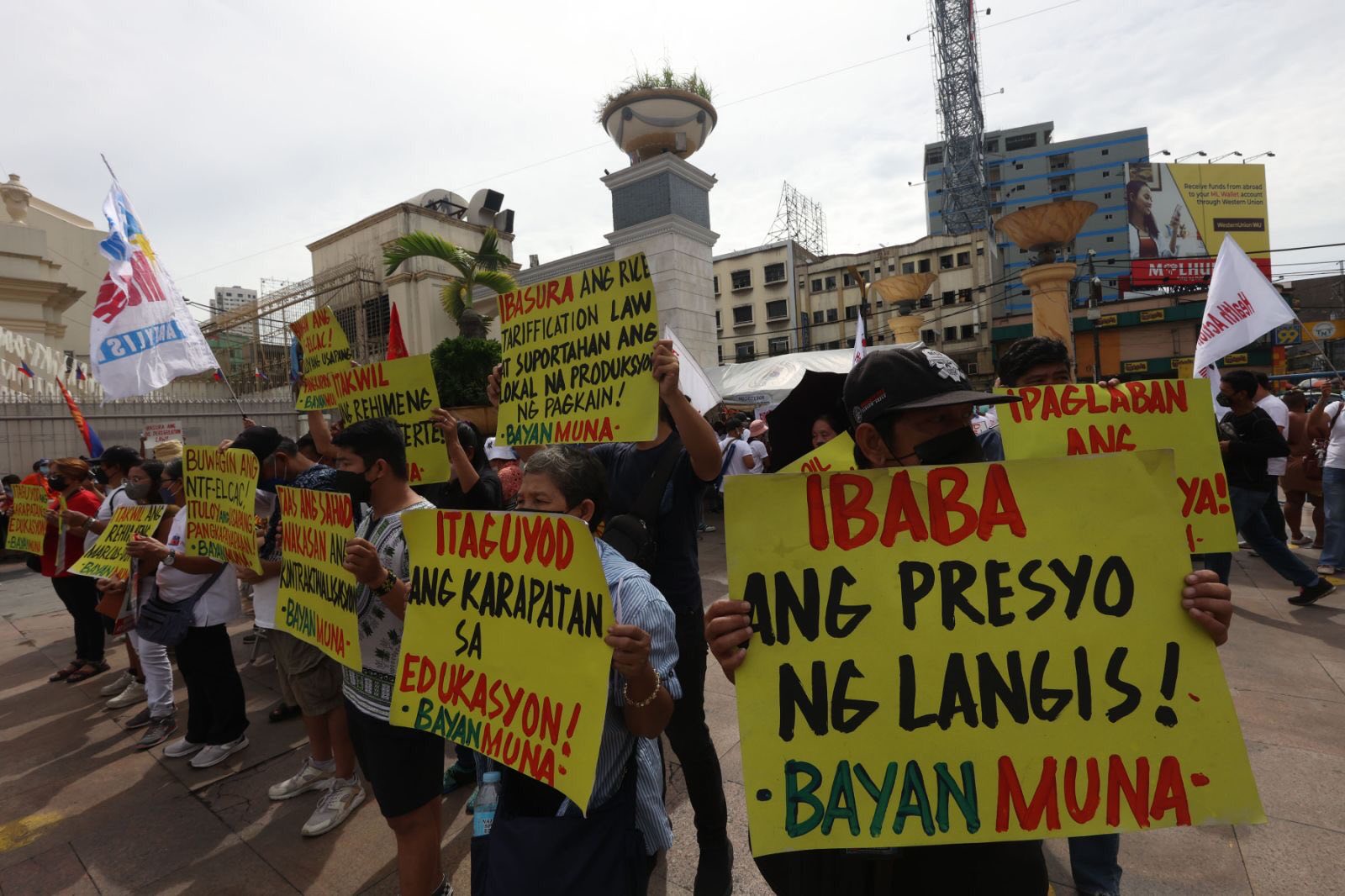 Meanwhile, a number of international progressive groups such as Anakbayan Manhattan, Anakbayan USA, and Damayan Migrants in New York also took to the streets to express dissent over the upcoming administration.

"We must continue the fight for genuine democracy in the Philippines against tyranny and demand justice and accountability for the Filipino People," Anakbayan Queens wrote on Instagram.

Groups also held protests in other parts of the country, such as in Cebu City's Provincial Capitol.

At exactly 12 o'clock on June 30, Marcos Jr. was sworn in as president after dominating last month's national elections by a landslide, securing the biggest victory since his father was ousted in 1986.

During his inaugural speech, PBBM assured a "future of sufficiency" for Filipinos. He also cited the country's impending food crisis, education sector, and their campaign team's encompassing message of unity among the government.