Style Living Self Celebrity Geeky News and Views
In the Paper BrandedUp Hello! Create with us
STAR / Michael Varcas

Presidential Spokesperson Harry Roque announced during the televised palace briefing today that the following areas will take after the implementation of the alert levels piloted in NCR:

No area will be under Alert Level 1 just yet, the most lenient classification which allows 100% capacity for activities attended by fully vaccinated individuals.

Alert Level 3: Here's what we can and (still) can’t do as some restrictions ease starting Oct. 16

What's allowed and not allowed under the Alert Levels?

Roque also listed down the following allowed business establishments and activities per level system, with Alert Level 4 having the strictest guidelines out of the four. 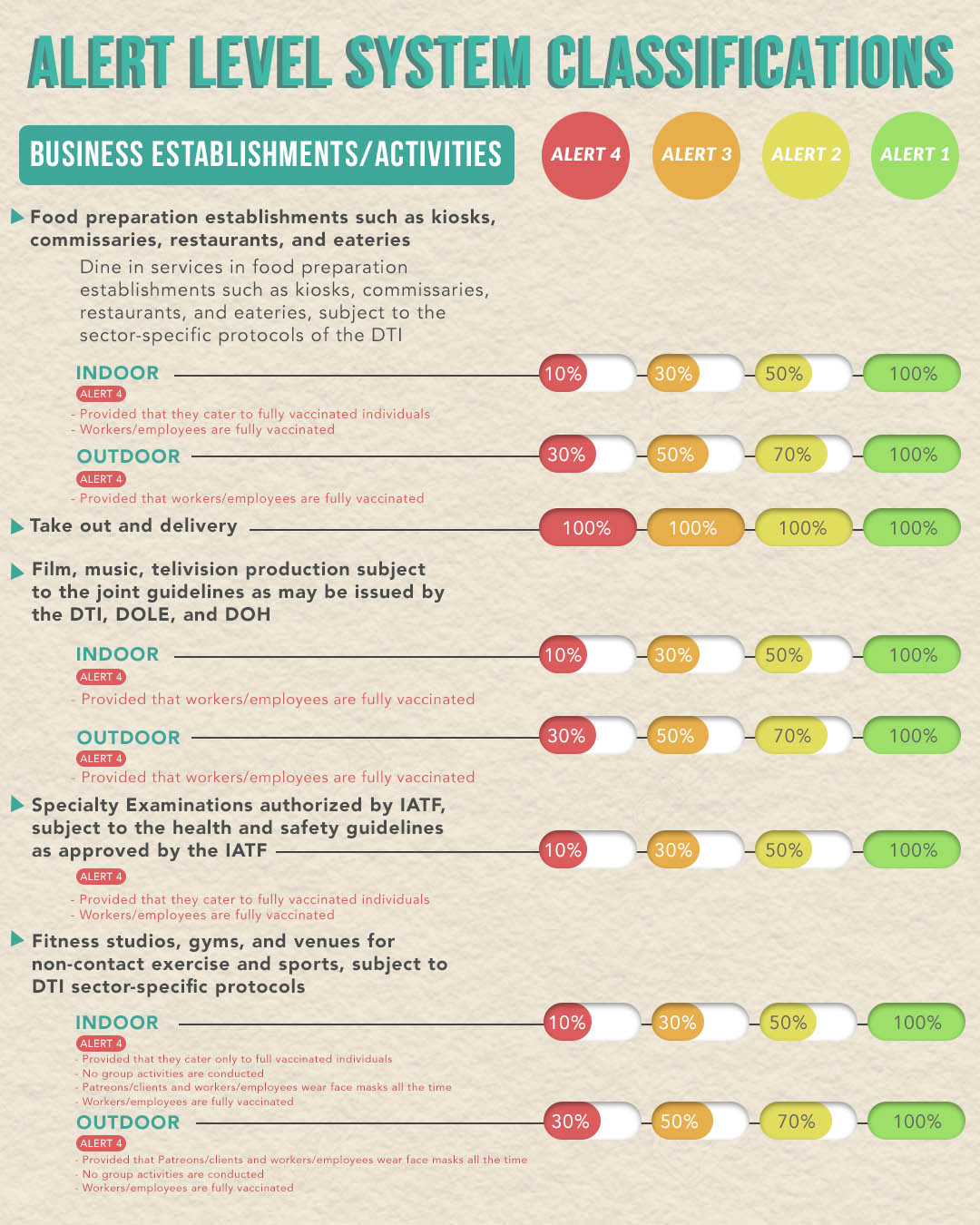 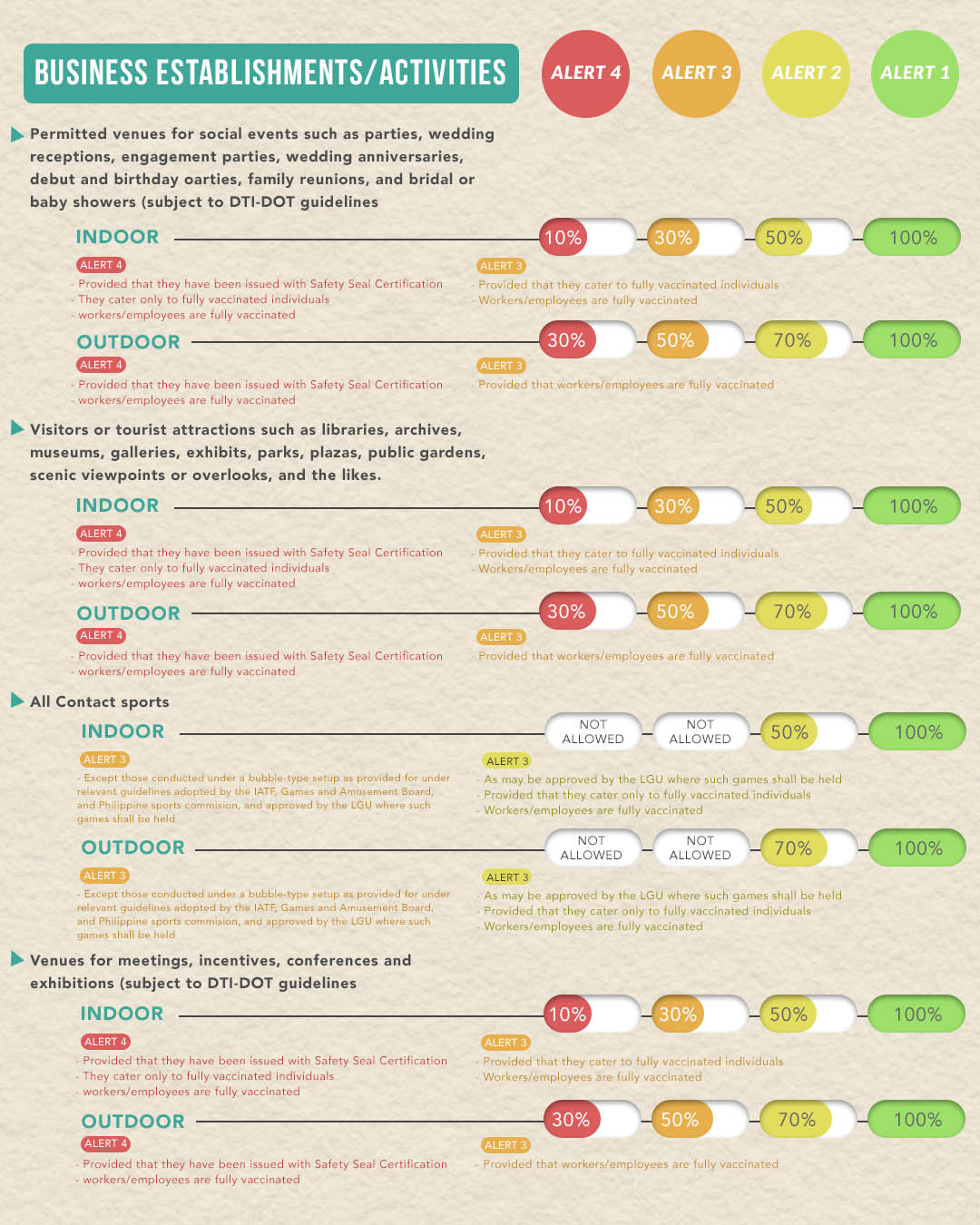 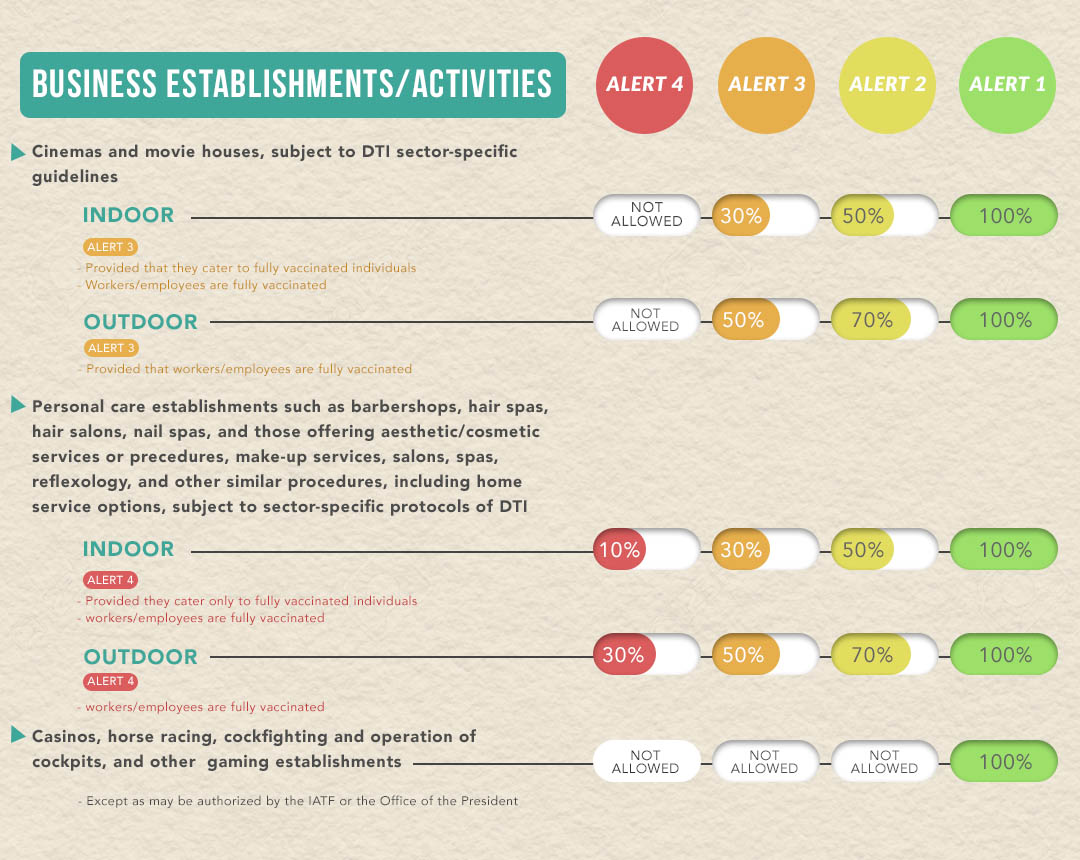 Roque added that over 24 million Filipinos have been vaccinated against COVID-19, with 92.85% of the targeted population in Metro Manila receiving their first dose and 80.78% being fully vaccinated.

The implementation of the alert level system was initially eyed on Oct. 17.

“The granular lockdown and alert level system will be rolled out first to the regions which are big contributors to GDP (gross domestic product). So that will be the priority,” said Trade Secretary Ramon Lopez during a Task Force T3 (Test, Trace, Treat) Partners Update.

The alert level system was introduced to Metro Manila on Sept. 16 under Alert Level 4.