Malacañang has given a detailed list of sectors that will first receive the COVID-19 vaccine.

During a televised briefing on Monday, Presidential Spokesperson Harry Roque said frontline health workers will be among the first 25 million Filipinos to get the vaccine once it becomes available.

Roque said it will be up to government officials if they want to be among the firsts to receive the vaccine. 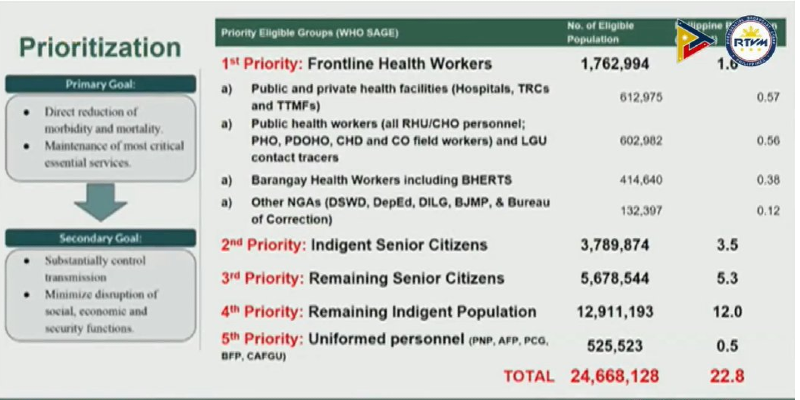 This is after Robredo said in her radio program on Sunday that she’s ready to get the vaccine to dispel fears on its safety among Filipinos.

"To me, if the purpose of getting the vaccine first is to increase the people’s confidence in it, that is OK,” the Vice President said in Filipino.

Roque added President Rodrigo Duterte is ready to get the vaccine even if it is still under emergency use authorization. Duterte said in August he is willing to serve as a guinea pig to prove his confidence in the vaccine then being developed by Russia.