Intel is acting like a bitter ex with its latest claim. The chipmaker burns bridges with Apple, saying Windows PCs offer a “better gaming experience than 100 percent of Mac laptops.”

Intel chips used to power Macbooks, Mac Pros, and iMacs until Apple announced its plans to transition to its own processors in 2020.

And if the first statement wasn’t enough, Intel continued to throw shade at Computex 2021, highlighting how today’s most popular games aren’t supported on MacOS. These titles include Apex Legends, Cyberpunk 2077, GTA V, PUBG, and Valorant. 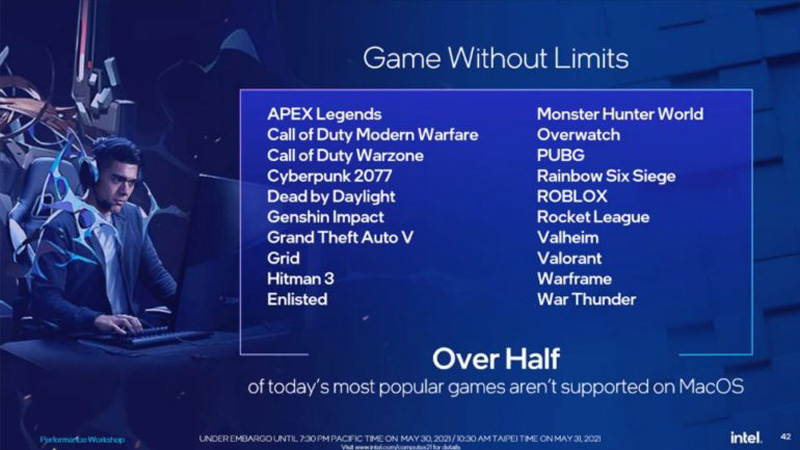 The company continued to compare an Intel-based MacBook Pro (Core i9 9980HK with AMD Radeon Pro 5600M) an Intel-equipped Windows machine (Core i5 11400H with GeForce RTX 3060), titling the slide, “The best Mac laptop for gaming can’t keep up.” 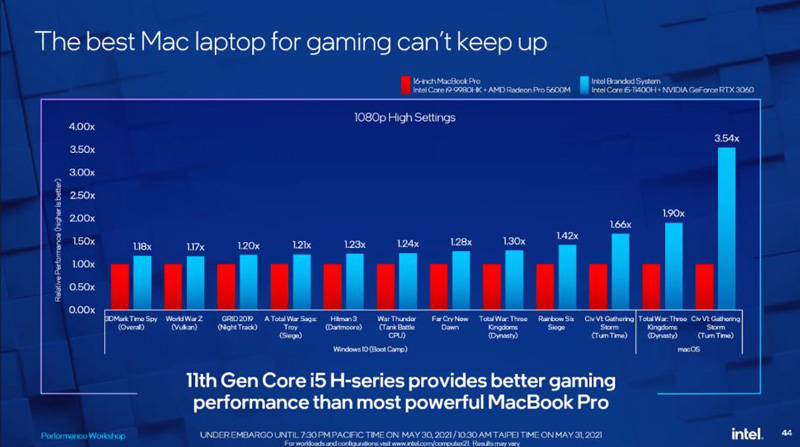 People don’t generally buy Macs with gaming in mind, it’s usually for content creation. Intel takes advantage of this tidbit, showing how people who use laptops for creation also use them for gaming, and in turn, suggesting that Windows is the better option.

"Apple has been very public about moving to its own silicon," Ryan Shrout, Intel’s chief performance strategist, said in a press call as MacRumors reports. “It is now a competitor.”

Do you agree with Intel saying Windows is better than Mac at gaming?