Joe D’Mango needed to decide on something that would completely change his and his family’s lives.

The year was 2012 and everything was going well for the man born as Rolando Sulit. His career as a radio DJ known for dishing out love advice was peaking. He had an interior construction business. He had a food business for his family. He even had extra time to engage his passion for robotics with a few side projects. But he was given a choice to turn his back on everything in exchange for a mere possibility.

After filing a Visa application in 2011 in Australia off a month-long stay that endeared the country to the family, he got word a year after that it was approved. He and his family were given the choice to accept a state-sponsored permanent residency visa to live in the capital city of Canberra. And they needed to decide in three months.

From the day I started working in radio, I thought before it was just pure luck.

“I was asking God for a sign na ‘Lord, sige papayag ako bigyan mo naman ako ng hint what life would be like there. We know it’s a good place to stay and migrate, but ano ba yung magiging buhay namin dyan? Please tell me’,” he recalls in a Zoom interview with PhilSTAR L!fe.

“But God was silent, he did not want to divulge what his plans were because God wanted us to obey faithfully.”

The family took the leap of faith. It was a 2,756-mile leap across the sea into a whole new life. But the family rolled the dice. Even for someone who once considers himself lucky, it was never easy.

Pure luck
Joe believes it was pure dumb luck that landed him the gig that ultimately defined his career.

“From the day I started working in radio, I thought before it was just pure luck,” he recalls.

The year was 1985 and Joe was taking up computer science at AMA Computer College when he joined a DJ search on RPN 9. He got in the station, but after the tectonic shifts following People Power in 1986, he found himself at the new DWTM, or Magic 89.9.

It was a new era, a new workplace, and a new name. He took on the name Joe D’Mango as a riff on Joe DiMaggio, a widely popular baseball player also known for his marriage to Marilyn Monroe.

We didn’t have a reason to leave the Philippines. Life was good. But we just tried it out.

Though he didn’t like the moniker at the start, it proved successful as its novelty gave the name instant recall. He did the usual grind of a DJ playing songs requested by listeners, which usually turned out to be love songs dedicated to their loved ones. After he tried inserting bits of his own advice to the listener, he pitched to his boss the idea of having his own radio program dedicated to doing just that.

In 1988 Love Notes was born— the DJ, the show, and the stories then started building a franchise that would last for decades and even cross over into other media owing to its immense popularity. During the ‘90s, Love Notes had a weekly TV series on ABC-5, a two-part movie from Viva Films, as well as a pocketbook series. 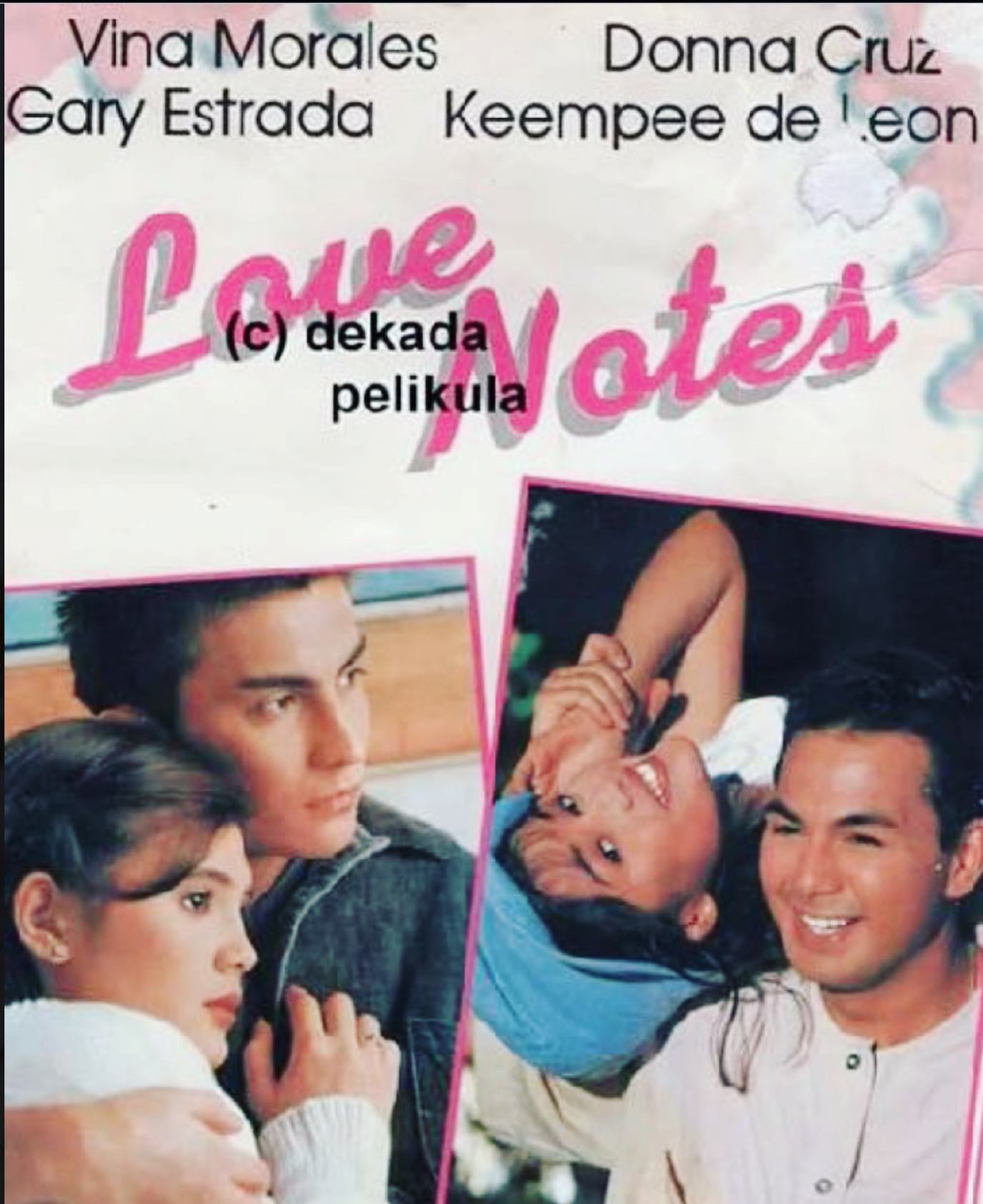 The ’90s were boom times for Joe and the Love Notes franchise.

But the succeeding decade was something else.

Baptism
It was in early 2000 that Joe and his family first travelled to Australia and experienced the comforts of the country.

“We experienced what life was like in Australia and we sort of liked it. We sort of thought na, ‘kaya nating mabuhay dito’,’ Joe says.

Out of a whim, the family decided to try their luck in applying for a visa.

Before I became a Christian, I had a different outlook in life. My definition of success was to be popular, reach the pinnacle of my career, and have lots of money.

“I’m not saying that I was not serious about it, but since we experienced yung life sa Australia na okay naman, we said, ‘why don't we try applying?’ We didn’t have a reason to leave the Philippines, life was good. But we just tried it out,” Joe says.

Then in early 2012, Joe, his wife, and four children attended their first Christian service at Victory Christian Fellowship in Greenhills.

“On the first day of July 2012, we surrendered our lives to Jesus,” Joe says.

It was a decision that became his new North star and ultimately shaped his perspective and decisions in life.

“Before I became a Christian, I had a different outlook in life. My definition of success was to be popular, reach the pinnacle of my career, and have lots of money,” Joe says.

In March 2013, Joe and his family were water-baptized under his new church.

Then a month later, he received a letter from the Australian Bureau of Immigration saying a permanent residency visa was awarded to each member of the family.

Leaving
What made the offer more compelling was that the residency was not in an outback region of Australia but right in the capital city. It seemed like another lucky shot that was too good to pass up. But unlike the hosting gig that opened doors for him decades before, taking on the new opportunity entailed a higher price and a bigger risk.

“I was leaving my career. I had a show on DZMM Teleradyo. We had a business. Our children were already running their own businesses, so parang it was a call to say na parang ‘I am leaving all of this behind and I will just follow where God leads us’,” Joe says

But after their children said they were ok migrating, the family packed their bags off.

It was then when we realized that we were called to be missionaries here in Australia.

Things were not easy when the family was laying down their roots. Joe, who was already 47 years old when they were starting a new life in a foreign land, had difficulties finding his place within his new community.

He enrolled in a four-year course in Interior Design to secure a certificate to practice the trade, which was his previous business in the Philippines. During the ‘90s, most of the sets of GMA-7 game shows — such as All Star K, Whammy, Price is Right — were designed by Joe’s firm. His passion for design and computer background also led to robotics and animatronics. He even collaborated for a few projects for the Mind Museum when it was still just starting out.

But getting back to school in Australia did not work out as, Joe says, his “heart wasn’t really into it.”

“I was in a limbo as I was trying to figure out what I really wanted to do,” says Joe.

But after three years, things started to work out.

“It was then when we realized that we were called to be missionaries here in Australia,” says Joe.

Church and cafe
Joe and his family then built a church and called it “Every Nation Canberra.” With his entrepreneurial streak, he also put up a cafe with his family called “Sunday in Canberra.” Unsurprisingly, Joe did the design and  interiors for both the mid-sized church, which can accommodate up to a hundred people, and the charming cafe situated in the middle of town.

After finding his footing, Joe then revitalized the spark plug that catalyzed his prior career. But this time, he was again venturing into new territory as he brings Love Notes, rebranded this time as Dear Joe, into YouTube.

“It has been quite a long time and I have really thought and prayed about this and I am super excited to tell you na muli nang babalik ang programang napamahal na sa puso ng marami sa atin,” Joe says in the video “Joe D’Mango Is Back” on his YouTube channel.

He admits that things are way more difficult now unlike before when he had an entire production team behind the show.

Purpose
Now, Joe has been doing every role by himself — writing, shooting, editing, and even promoting on social media. The weight of these tasks may sometimes be too much for the 55-year-old Joe who, he himself admits, is not too tech-savvy. To compensate for his learning curve, Joe says he is pacing himself with just one episode a week.

Joe’s persona as a pastor now also animates how he views the letters he receives, and the types of advice he dispenses.

“I would still say the same things like fight for the people you love, turn away from people who don’t give value. But ngayon, I put more value with God, everything that happens in our life, in our relationships, they happen for a reason. So I always end my letters now about what role did God play in making you a better person,” says Joe.

Now I’m living my life with a purpose.

There are now 15 videos uploaded on the YouTube channel. The most popular video was his first introductory post at 31,000 views. His most popular video titled “He doesn’t love me anymore” had 20,000 views, while the lowest was his most recent “Every Last Lie” which had 1,600 views. All decent numbers, but still quite far from the transcendental influence he once had.

It may be challenging now for Joe to replicate the kind of impact that Love Notes had in the pre-Internet era. But Joe, who now has a different yardstick for relevance and purpose, doesn’t seem to mind.

“Now I’m living my life with a purpose. And the purpose is to be able to enjoy eternity with the Lord. So that means everything that I do, I do it for God’s glory.”