Style Living Self Celebrity Geeky News and Views
In the Paper Shop Hello! Create with us
Walmart/Netflix

It's been more than two years since Stranger Things aired its third season, but the fourth season is finally on its way.

In a marketing and merchandising tie-in to promote the upcoming season, Walmart is releasing a limited edition retro Stranger Things Crosley audio cassette player that features a hidden clue for season 4.

A throwback to the ’80s, the neon-blue cassette player is fully operational, and comes complete with a tape deck, AM/FM radio, tape recording, and Bluetooth.

Not only will the collectible gift item give owners the ability to listen to music the same way the kids in Hawkins did, in analog format, but it also  comes with a cassette tape containing a secret voicemail from a mystery character from Season 4 of the Netflix series. 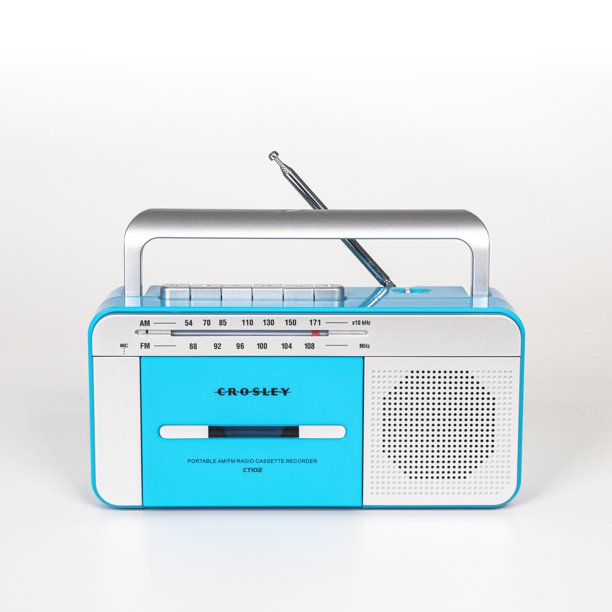 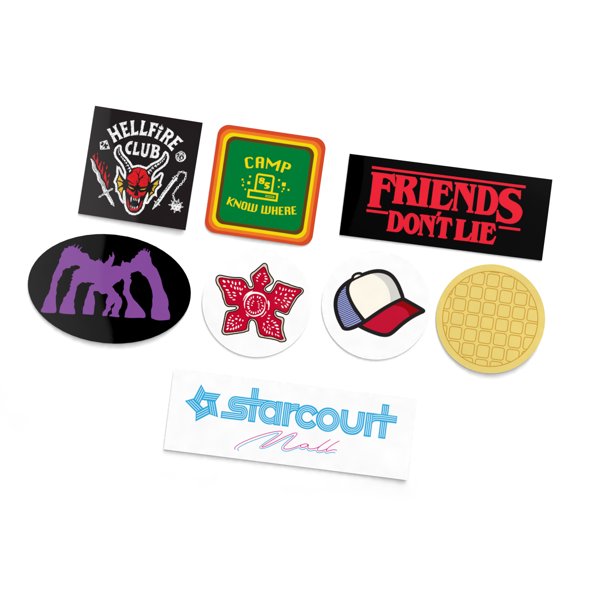 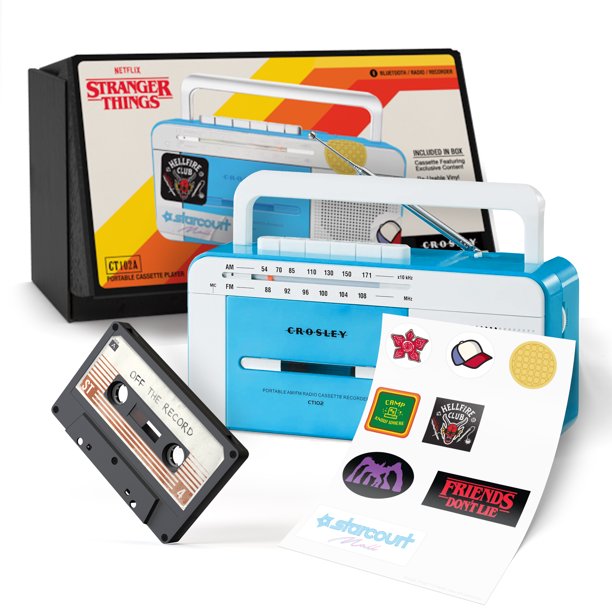 Fans of the series can play old cassette tapes (assuming they still have any) or record their own tapes and decorate the player with the eight, reusable vinyl stickers based on the show included in the bundle.

The retro cassette player is a part of Walmart’s partnership with Netflix in the U.S. to release exclusive products, clothing, and costumes inspired by shows on the platform including Stranger Things, The Witcher, and the official Squid Game costumes and memorabilia.

For fans of Stranger Things looking for cool merch and gift items, Walmart is also offering other toys, collectibles and gear including a single-speed BMX bicycle modeled after the one that Lucas Sinclair (Caleb McLaughlin) rides in Season 3, a poster decal of the wall with lights modeled after the show,  Halloween costumes, 8-bit Funko pops, and more.

In case you missed it, the latest trailer for Stranger Things season 4 released during Netflix'sTudum online fan event in September introduces a brand new location called the Creel House, where mysterious events will unfold.

Season 4 of Stranger Things is set to launch sometime in 2022.

PH podcast audience grows—here are some tips from Pinoy podcasters

'The Legend of Vox Machina' renewed for season 3