Serving Greek goddess realness, Lizzo and Cardi B get unapologetic and unbothered on their newest hit, Rumors.

The music video is giving us muses from Disney's Hercules vibes with the iconic duo adorned in togas and gold, dressed like Ionic columns while rapping about embracing and facing all the gossip spreading about them online. The epic MV already has fans calling for Disney to cast Lizzo as one of the muses in the live-action Hercules. 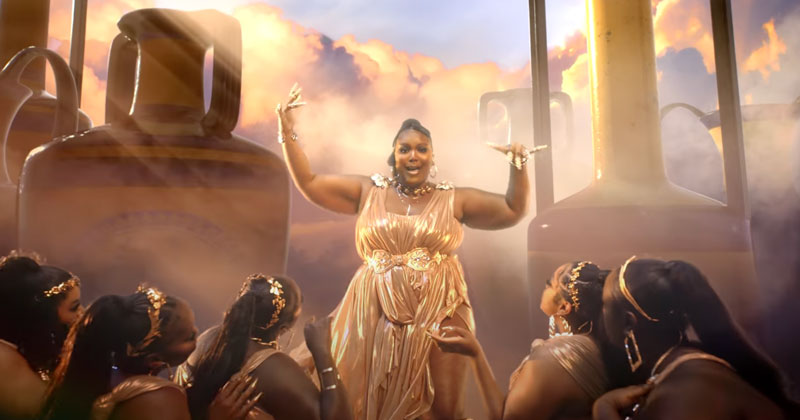 Lizzo subliminally letting Disney know that she wants a spot as one of The Muses in the live-action Hercules #Rumors pic.twitter.com/FB5qwTS3EC

So Lizzo definitely gotta be one of the Muses now!! #Rumors pic.twitter.com/1RVolNVbw7

Here's how other stars are reacting to Rumors:

I MISS YOU MOST!

(i literally jus tweeted i was waiting for Rumors and i ain’t been on twitter all day and now i see it’s OUT IM BOUT TO TO WATCH!!!!!!) https://t.co/sGj7BVLmVj

whooo @lizzo @iamcardib ATE DOWNNNN . song been on repeat all morning. any time i feel down ima put that song on

The rumors are true! The girls w a passion 4 dancing can’t get enough of the new @lizzo + @iamcardib single! What rumors have you heard? ?? #bratz pic.twitter.com/zFRlNSiW0w

Rumors is Lizzo's first single since she released her Cuz I Love You album in 2019.