Manny Pacquaio has another upcoming match on the cards: a bout against the 10-year-old app version of chess grandmaster Magnus Carlsen on October 1.

The two won't square off in the boxing ring as the 12-time boxing world champion will compete in the Magnus Carlsen Celebrity Charity Challenge. 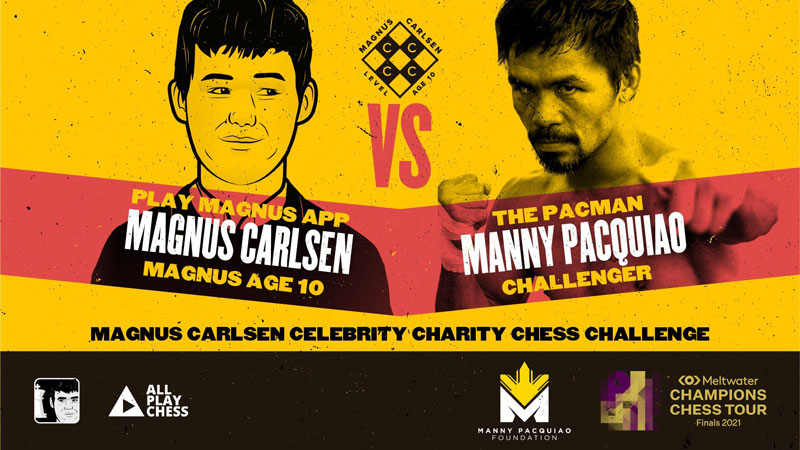 Pacquiao is the latest big name to take on the challenge, which will be broadcast during the Finals event of the Meltwater Champions Chess Tour.

The boxer-turned-politician himself is a huge chess fan and hopes to land a knockout blow against Carlsen, but so far, no celebrity has defeated the chess king on his Play Magnus app.

"I am very much excited to play Magnus Carlsen, the world chess champion," Pacquiao said. "This is something that doesn’t happen every day and I will be placed in a different arena this time around."

Pacquiao is hoping to raise awareness for the "Stop Asian Hate" campaign and to raise funds for the Manny Pacquiao Foundation. He will get $5,000 (about P255,000) to donate to the charity for taking part in the game. If he survives for more than 49 moves, the longest anyone has in the game, he will win an extra $50,000 (P2.6 million).

“I can’t wait to see how the legendary Manny Pacquiao does against a 10-year-old me on the Play Magnus app. I wasn’t World Champion back then, but I was already playing decently so it’s going to be hard!” Carlsen said.

It's official: Manny Pacquaio is running for president in 2022