Style Living Self Celebrity Geeky News and Views
In the Paper Shop Hello! Create with us
Filbars

We’re at the final month of the year and you want to give the gift of komiks to some friends and relatives. Thank you!

First tip: Do you want a special personalized gift and also help an artist or komikero? Many komikeros have open commissions for art at various tiers and various kinds, just go find your favorites around social media and see if they are available.

Many can draw your favorite person or couple, a favorite character, or a favorite pet. Be kind, inform early and be willing to wait, and pay on time, thank you!

Second tip: A good number of komikeros are also on Shopee, Lazada, Instagram, Twitter, and Facebook selling their art, fanart, and komiks. Try finding them on social media and online shopping platforms.

Here are the places to start looking for that perfect gift to put under the Christmas tree.

Yes, you saw right. Get for yourself or your Funko-loving friend, but go order quickly because they’re flying fast. Several Shopee sellers are already selling, but go try at Filbars itself first. 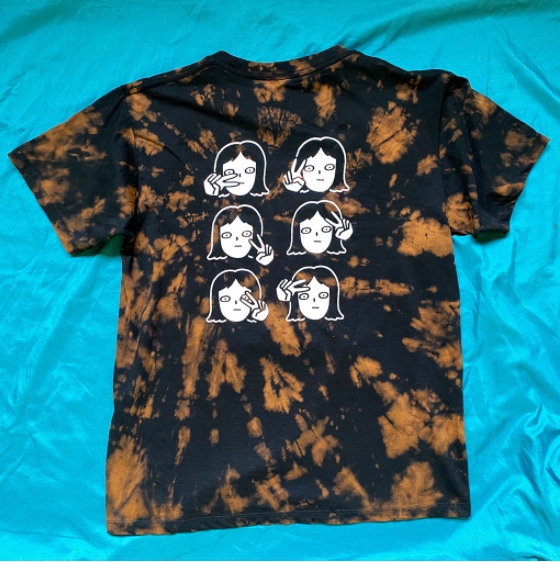 For your favorite hipster friend who tut-tuts at way too many things, Hulyen has her own Shopee store that sells compilations of her komiks, and merch based on her komiks like shirts and stickers. 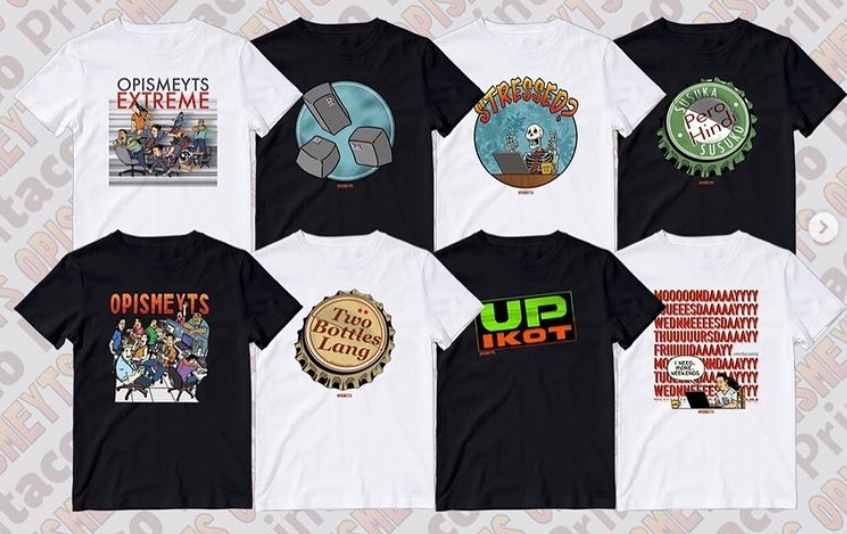 For your office worker and alcohol-loving friends, on Instagram Ramark Masangcay sells his shirts based on his series, and signs that imitate jeepney routes. 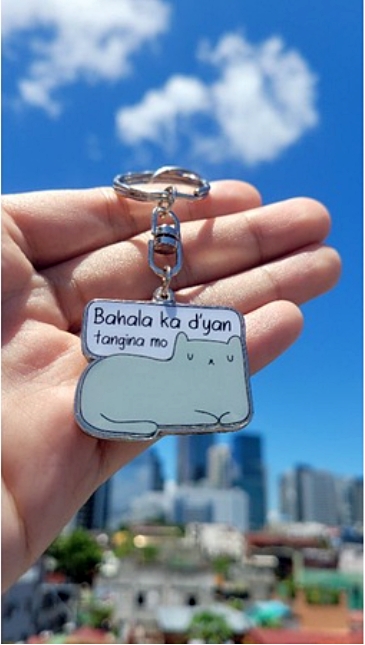 Sskait is a popular one-panel webcomic creator who also makes popular stickers. He has a lot of merch in his Shopee store, which include statement shirts, mugs, stickers, and cloud and sun plushies based on his popular characters. 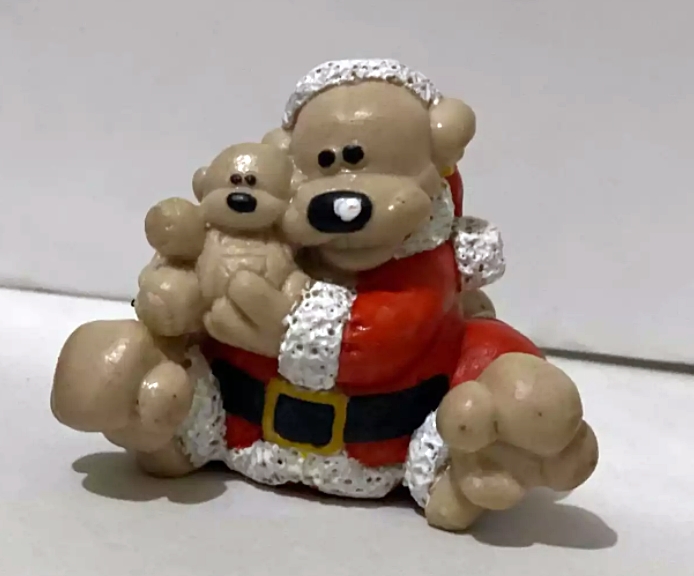 For your Pugad Baboy fan friend, Sir Pol Medina has a Lazada store that sells all his komiks. There is also currently a figure of Polgas in a Santa outfit that you may be interested in getting, it’s cute. 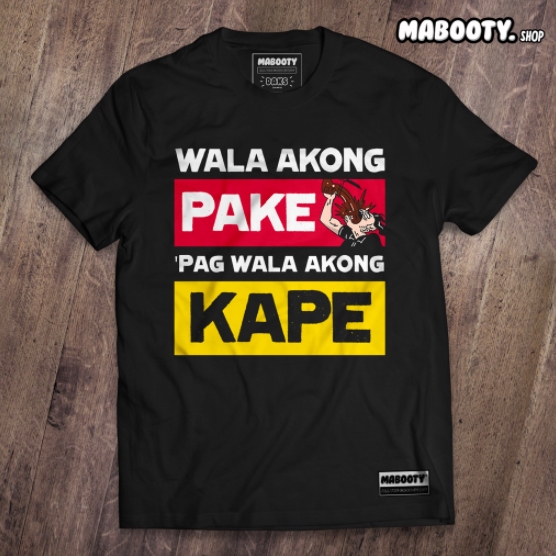 The creator of the P*cha E’ Di Komiks series sells the komiks and other komiks on their Shopee page under Silaw Publishing, and some mugs and stickers generally about having too much work and too little coffee. 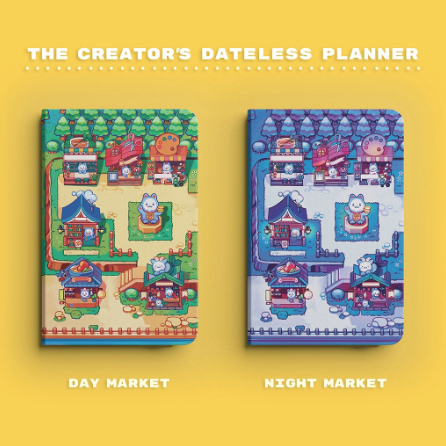 Komiket's Shopee store recently released a dateless planner, best for creatives who want to organize important aspects of being an artist like finances and schedules, while also keeping space for sudden bouts of inspiration. It comes with more pages than you would expect, in a very clean format that is easy to use. 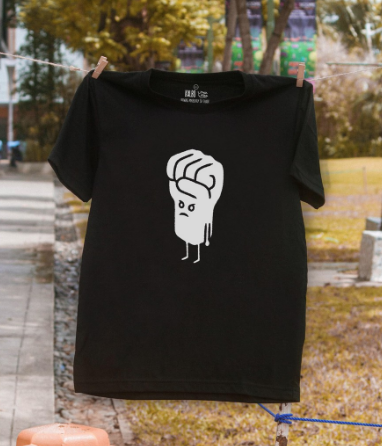 Currently with komikero Rob Cham as part of the creative team, Linya-Linya on Shopee has all kinds of shirts for all kinds of statement needs. They also have the #Tumindig shirt.

Komiks is definitely not just the Trese series, so here are several more komiks you can give to others to show your love and open their eyes to our komikeros. 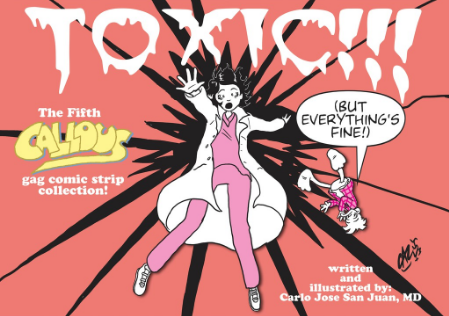 Callous is the long-running adventures in medicine and real life of Dr. Rianne Nicah, created by practicing doctor Carlo San Juan. Thus all medical professionals will generally find something to relate to, in the daily joys, successes, frustrations, beef in brown sauce, and unintentional comedy of daily life in the hospital and clinic. 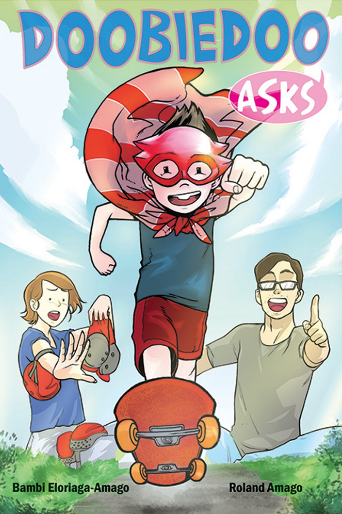 You’ll have to know your loved ones before I can actively suggest this groundbreaking book on parents and teachers (some may appreciate, some may not; get a copy for yourself first), but you probably won’t go wrong giving it to a professional who works with special needs individuals.

It is an incredible heart-opening semi-autobiographical story of Doobie and his parents in making sense of why he is different, finally understanding a diagnosis of autism spectrum disorder, and how to best be supportive parents. 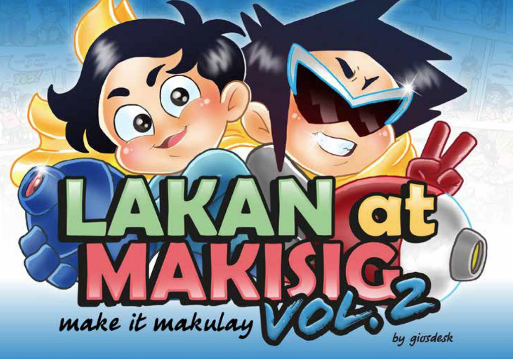 The various adventures of a geeky father in caring for two growing boys, and their imaginative adventures together. Everything will be very relatable especially to parents of younger children. 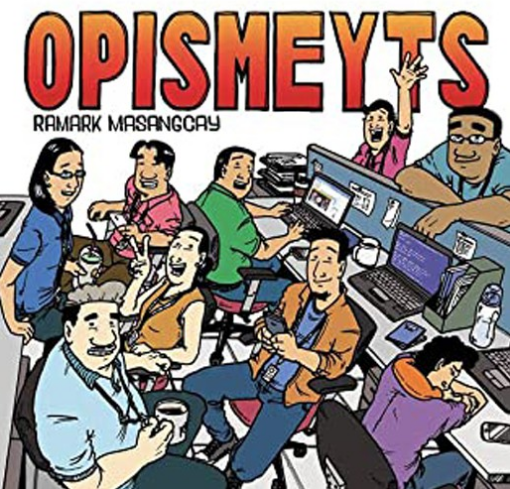 An astute insight into the world of general office work, including cafeterias, trying to not show the boss you are bored, and trying not to show that you’re playing mobile games at work.

Maybe give it to the friend who actually doesn’t like WFH and wants to go back to the office. 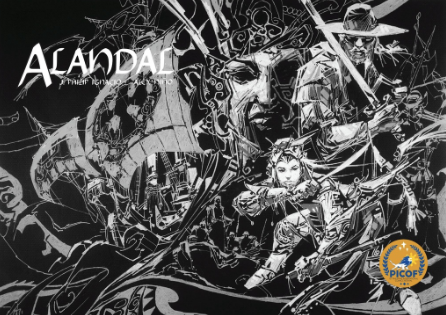 The last major comic work by the legendary comic artist Alex Nino, this is a masterful work of comic art.

It tells the story of a child caught in the crossfire of Jolo in the 1570s, between Jolo princes, a Spanish trader, and the truths and lies that will alter the child’s future.

For the political friend: ‘Tarantadong Kalbo’ 1 and 2 (Kevin Raymundo) 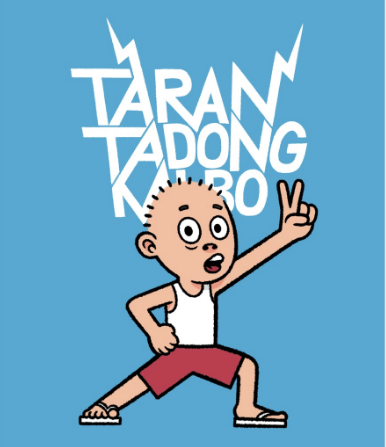 The popular political satire and ’90s nostalgia series has been compiled in two volumes, so you can relive all the moments of frustration at this government and its horribly messy pandemic response in all its full color glory. 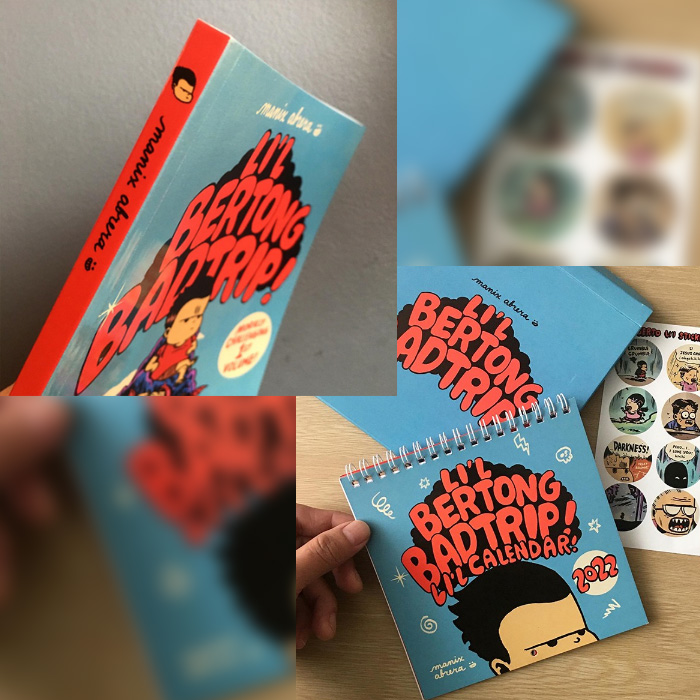 If your Manix Abrera fan friend doesn’t have this yet, this is a fun gift to give, or if they already have it there is a calendar affiliated with it in the Shopee store.

These are the full-colored kiddie versions of the famous Bertong Badtrip comic sequences, with Berto still cursing at the world but in elementary school. (No, it’s NOT for kids.)

Find the calendar on Shopee here. 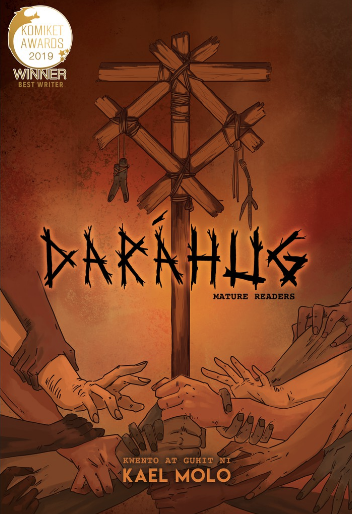 Besides the Trese series, one of the best at the horror genre at the moment is Kael Molo, and his Darahug series is a masterful set of short stories all based on local legends that will give that spine-chilling terror.

The first book is at Komiket, for now during the pandemic. The next two stories are on Penlab. 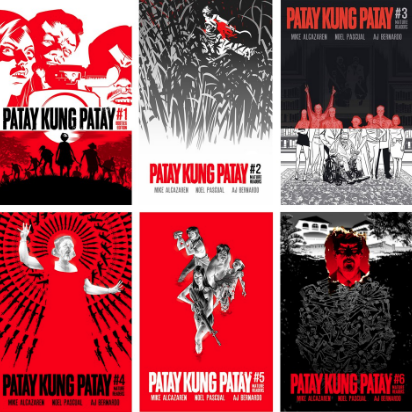 The series is now complete and all issues could be bought at Komiket.

The most excellent execution of the zombie genre in recent time, while also a strong political statement against corruption and the hacienda system. 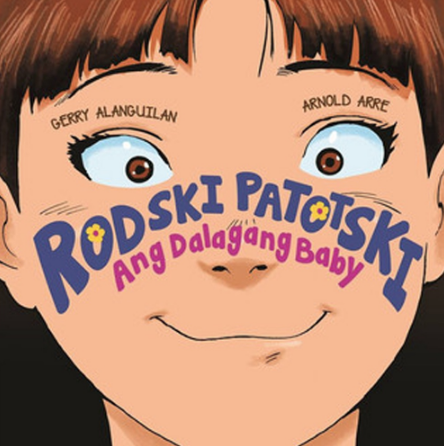 If you’re wondering why I’m plugging this instead of the international award-winning Elmer (which Komiket also has, go get if you haven’t), this is an incredible example of Alanguilan as a storyteller, especially with an equally masterful artist and storyteller.

Rodski is a child prodigy, who gets catapulted into national importance for her intelligence despite her childishness. But love gets in the way at the most unlikely time, and may have potentially great side-effects.

For the Mythology Class fan: ‘The Children of Bathala’ (Arnold Arre)

The continuation of The Mythology Class is now running, now accepting pre-orders for its second book.

The original UP Diliman college class are now getting older, some have become parents, and many of them are disillusioned at the present world and time that lacks the magic and wonder they saw. But new trouble is afoot, and it will take both the original class and one of their daughters to save the world again.

Order at the Facebook page or at Nautilus comics. 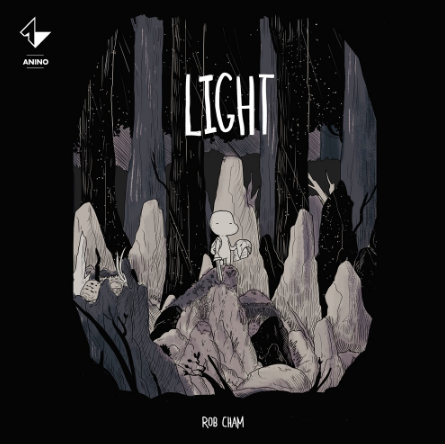 Already awarded and already loved by children is the adventures of a nameless wanderer first in search of light, then in search of friendship. Both books are wordless and very open to interpretation, which makes going through the pages fun, whether with a grownup or not. It may also still be available at Adarna House. 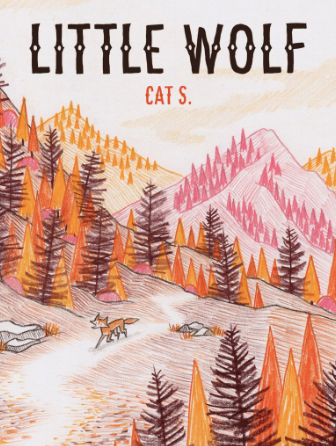 A young female wolf finds herself first lost in her place in her wolf family, then literally lost when she loses track of how to go home.

An easy to read quiet piece that can be read with an adult, and as a way to practice reading for a slightly older child. 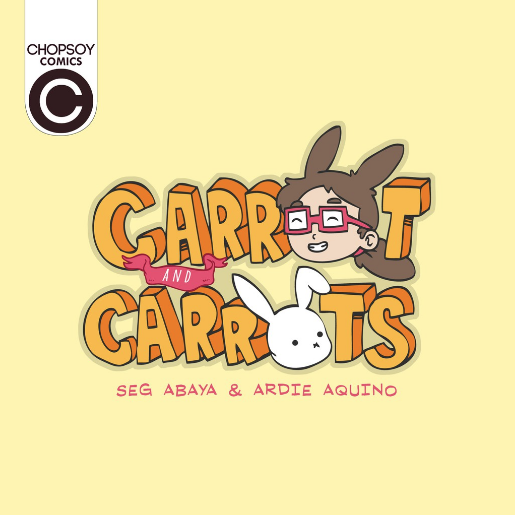 A very adorable fantasy adventure as Carrot the girl and Carrots the rabbit go in search of fanciful ingredients for a special eatery in the woods. The entire story is cute and highly readable, with colorful accompanying visuals. 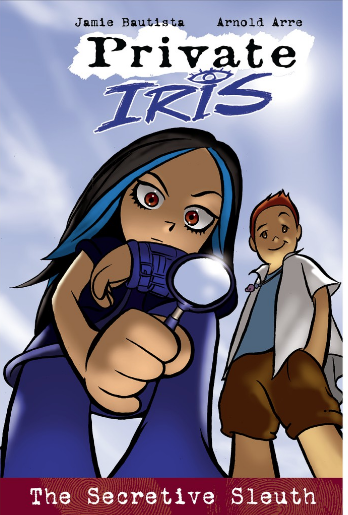 Iris is astute at finding clues and solving mysteries, but this is more because she intelligently uses science-based gear and knowledge. This has made Private Iris a well-loved series in certain schools, but the compilation is available at Komiket and Nautilus comics. 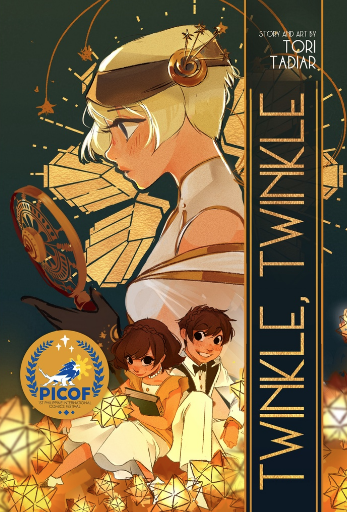 While technically an all-ages one-shot graphic novel, this will work best for early teenagers, at a reading level that is generally easy to handle.

In 1930s Manila, twins Alta and Signa sell popcorn at the theater, and sell literal stars to a mysterious patron. When their older sister Hanan is catapulted into celebrity stardom as a singer, all three siblings might be in over their heads in handling an incredible star power. (Avenida is a secondary seller.) 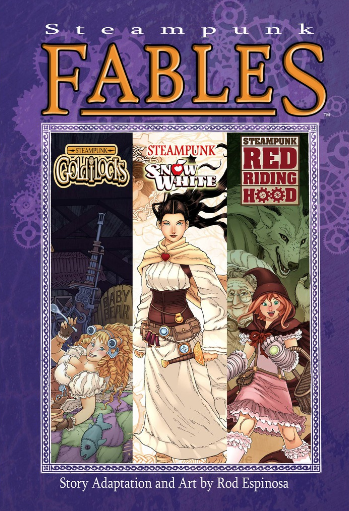 Rod Espinosa created the well-known The Courageous Princess series, which is also recommended for older children, as well as the Adventure Finders series, for an older audience.

But I definitely recommend the Steampunk Snow Queen and Steampunk Fables pieces, which are wonderful takes on the Snow Queen, Snow White, Little Red Riding Hood and Little Miss Muffet, and Goldilocks.

They are all respectful renditions of these famous tales, empowering women, respecting their skills and intelligence, and never making them helpless characters. 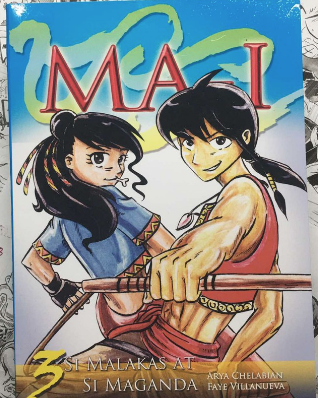 The series seems to work best with pre-teens to young teenagers. The still-ongoing adventures of Lakan as he learns and acquires new powers in order to stop several forces of evil from winning over Ma-I, is mostly based on local legends.

There is a compilation of the first eight issues, please inquire if this is available. The series has a Christian bent, because of the background of the couple, which may work for you. 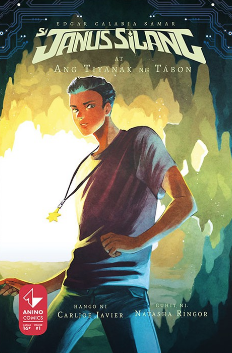 Majority of current komiks could already be read by older teenagers, but the Janus Silang series in their komiks versions is quite directly for a teenage readership.

The komik version of the first two books are two different interpretations, as based on the strengths of the artist, but both are faithful to the books.

Be aware, if you aren’t, that the folklore urban fantasy series has its share of horror moments, and that is shown in the komik versions. It is obviously available at Adarna House, but also Komiket.

Again, it’s actually best to go through individual online platform stores, you may actually find something that will be best for people important to you that way. We hope you find the best komiks and komiks-related gifts to make your loved ones happy this holiday season.

Get a history lesson on wheels at the Presidential Car Museum

The unglamorous glamour of Marilyn