The Museum of Pinball in Banning, California, which hosts a wide array of pinball machines old and new, will be closing its doors and will auction off over 1,100 machines to the public.

The said machines are all owned by entrepreneur John Weeks, an avid collector of pinball and arcade cabinets. Chuck Casey, lead tech of the museum announced the news in a forum yesterday. 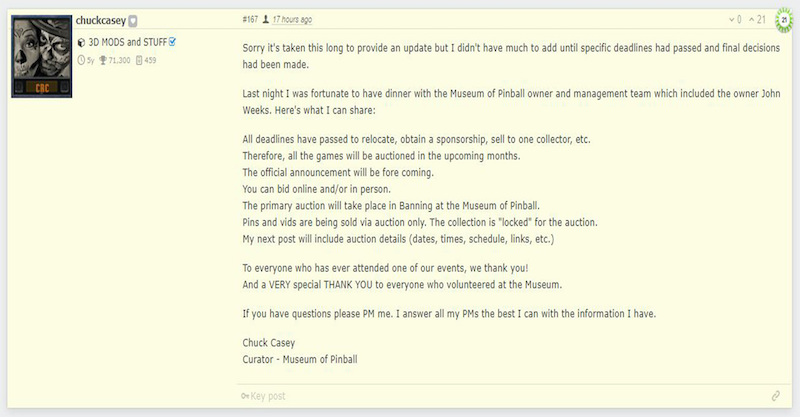 “All deadlines have passed to relocate, obtain a sponsorship, sell to one collector, etc. Therefore, all the games will be auctioned in the upcoming months. The official announcement will be fore coming [sic]. You can bid online and/or in person. The primary auction will take place in Banning at the Museum of Pinball. Pins and vids are being sold via auction only. The collection is ‘locked’ for the auction.”

The 18-acre campus was forced to close down due to financial constraints because of the COVID-19 pandemic. The museum also tried to host an event to manage called the Museum of Pinball experience, but failed short to reach their goal. There were plans to relocate the units to Palm Springs, but were eventually cancelled also due to financing problems.

The area will be turned into a cannabis farm in the near future by different owners after the machines are sold, according to a report.